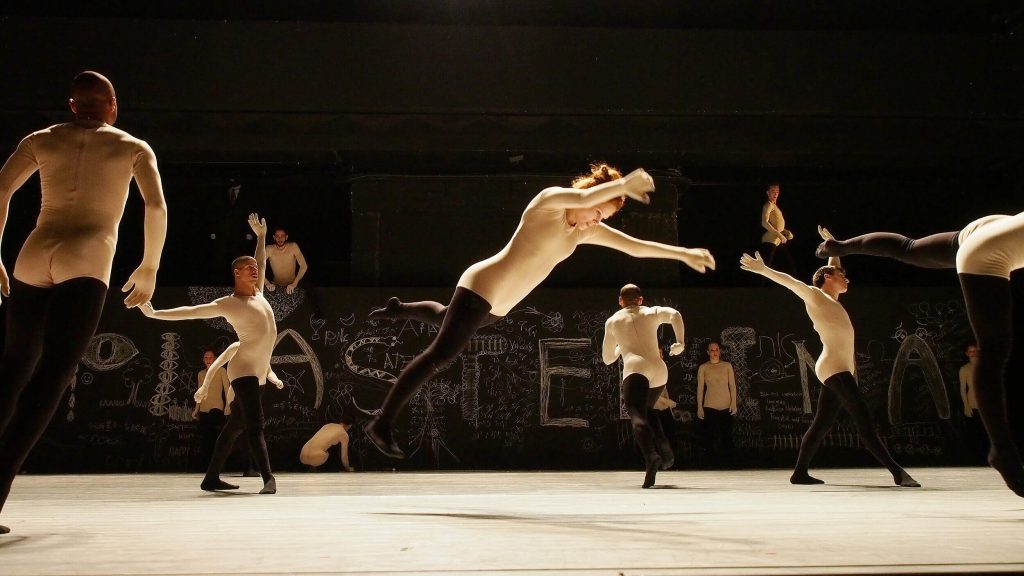 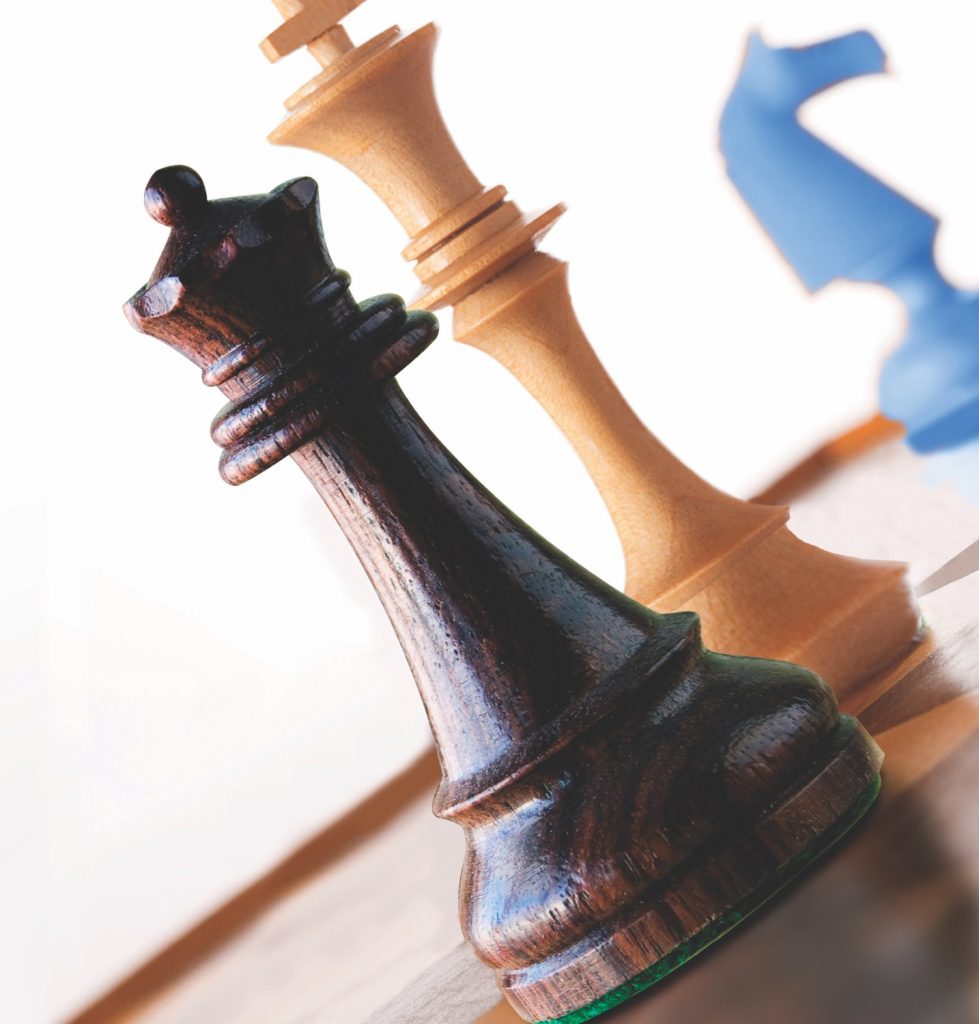 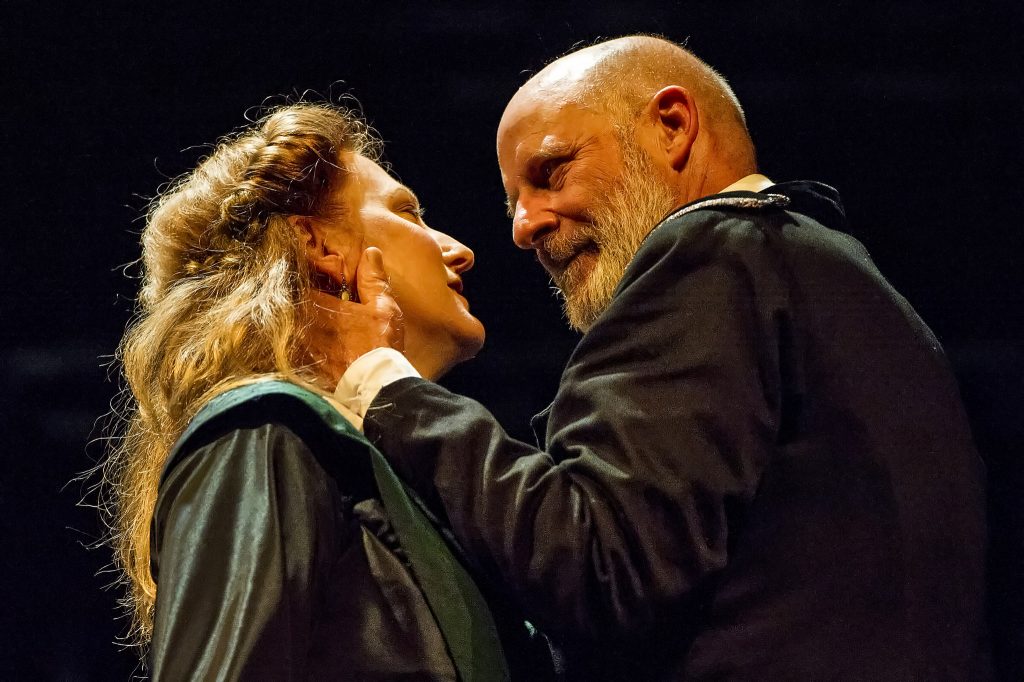 A new thriller, a boundary-breaking dance form, a classic tragedy, and a dramatic sequel, all on area stages this month, illustrate the creative urge to mold existing materials into new forms. 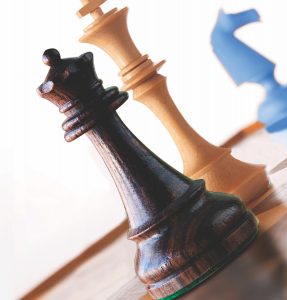 In the Valley, Silverthorne Theater Company presents White, Black and Blue, a new play by Steve Henderson and Will Chalmus. It’s a thriller with a sense of humor, a different kind of mistaken-identity adventure involving an unlikely trio.

In the middle of the night, an elderly white man is home alone when his door is kicked in by a black man who’s on the run from a cop (thus the play’s title). Joe is a retired academic, bookish and reclusive. Walter is a teacher and part-time musician who has just escaped an after-hours altercation, carrying the weapon of the off-duty police officer who was trying to intervene.

Each man is just as scared as the other, but they slowly — and amusingly — negotiate a détente, even a tentative relationship, based in part on mutual admiration of tough-guy fiction. Walter, it turns out, is not Joe’s notion of an armed minority — that is, until Lou, the blue point on the triangle, arrives in pursuit of Walter, and his gun. 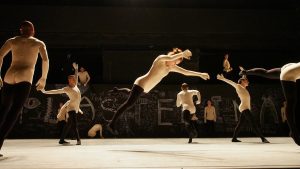 Jacob’s Pillow Dance Festival never ceases to explore the outposts of modern dance. My recent encounter there was with Batsheva Dance Company’s Young Ensemble in Naharin’s Virus, a piece that merges dance with theater and movement with text. Ohad Naharin is the Israeli company’s audacious founder, and his “virus” is the dance system he created, called Gaga — no relation to the Lady but clearly connected to its lowercase meaning, reckless ardor and the demented end of crazy.

The piece incorporates spoken text from Peter Handke’s insolent deconstruction of performance conventions, Offending the Audience, which not only breaks the invisible “fourth wall” between actor and audience but comments on how it’s being broken. Another wall, high and solid (draw your own conclusions about its symbolism in modern-day Israel), likewise confounds our expectations. On it, the performers chalk graffiti including the word “Plastelina,” a brand of modeling clay, which becomes a near-acronym of “Palestine.” The 16 dancers wear white near-nude body stockings and crotch-high black leggings, an impudent getup that both titillates and gives the impression, when they turn away, that we’re being mooned.

The Pillow’s season continues through August with more boundary-breaking of genres including tap, hip hop, Afro-Caribbean, and contact improv, along with contemporary ballet and inside-the-lines modern dance as well.

When, in 1879, Nora Helmer famously slammed the door on her empty marriage at the end of Ibsen’s A Doll’s House, she changed the course of theatrical history, and social history as well. But shutting the door on one story implicitly opened another, and thus left a question hanging.

What became of Nora after she claimed her freedom? Lucas Hnath has an idea about that, and he presents it in A Doll’s House, Part 2. So when Nora knocks on the door she closed behind her, 15 years after her departure, her husband, daughter, and housekeeper are as curious as generations of theatergoers have been to find out what happened next.

The play is a seriocomic investigation of motives, resentments, attachments, and consequences. It runs July 12-28 at Barrington Stage Company in Pittsfield, with Laila Robins, BSC favorite Christopher Innvar, Mary Stout, and Ashley Bufkin. 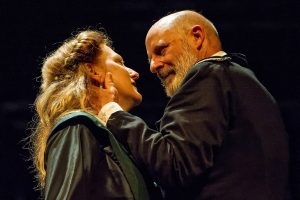 Shakespeare & Company’s Macbeth shakes up the Bard’s tragedy and strips it down. Melia Bensussen’s production, playing in Lenox through August 5, employs nine actors and just one witch. Bensussen has trimmed the text and reshuffled parts of it, creating shortcuts to spur and tighten the action. Much of this works thrillingly. Banquo (Ella Loudon), for instance, is dispatched in one solo line and a spurt of blood, then lingers at the fringes of the rest of the play, mocking his killer.

The production brings the audience up close via Cristina Todesco’s ramped, multi-level set and direct address in Macbeth’s soliloquies, making us co-conspirators with the murderous Scotsman. Bensussen also inserts a jokey curtain speech, delivered by the play’s comic relief character (Nigel Gore), which sets a tone that blunts the horrors to come and encourages the chuckles that, on opening night, bubbled up at every perceived opportunity.

As the Macbeths, S&Co veterans Jonathan Croy and Tod Randolph deliver a pair of the most intelligently conceived and deeply felt renditions I’ve seen. The support they receive is uneven, as the director, perhaps overly focused on her intricate concept, often seems to have left her actors to their own devices.