Down to Earth: The Ocean Alongside Us 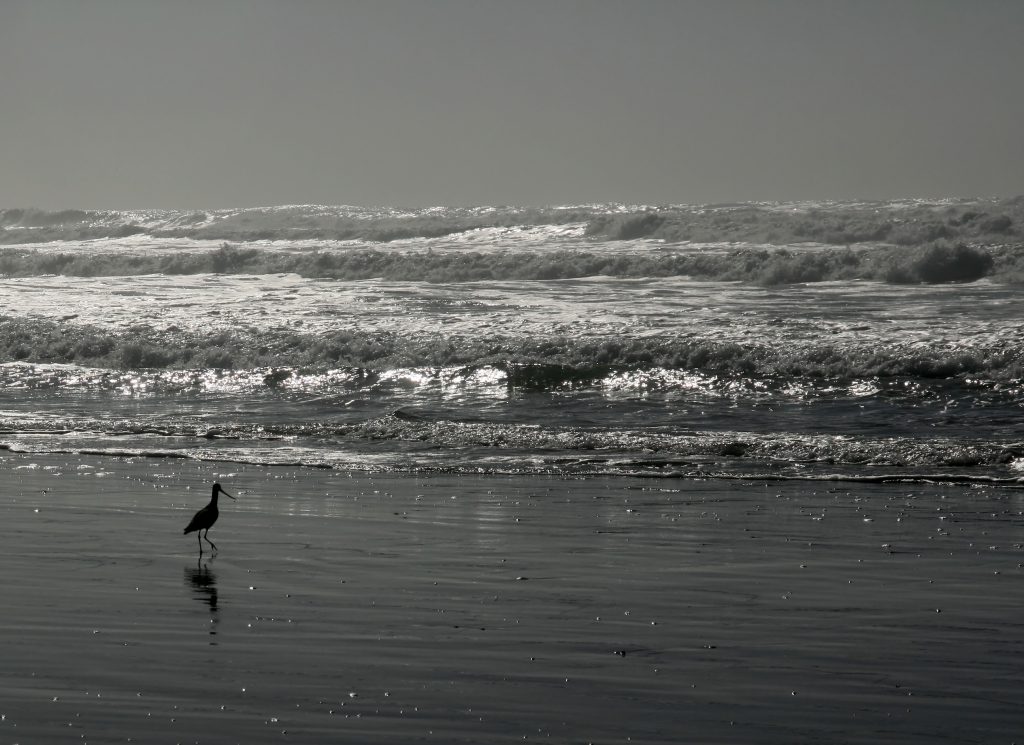 It’s summer, and with these golden months for many of us come trips to the seaside.

As much as I love the Pioneer Valley, one of my regrets in choosing this home is its landlocked geography.  Out here in Western Massachusetts, the ocean can feel almost infinitely far away. I miss the swash and leap of waves on white boulders.  Breathing in a humid hang of pollen, dust, and soot blown north from New York City, I long for the bracing sting of salt.

The sea, though, is closer to us than we realize.  We tend only to think about it when we drive out to the coast with bicycles and floats strapped to our cars, but even out of sight and mind, it’s knitted into our daily lives.

This month, I attended a residency at the Shoals Marine Laboratory on Appledore Island in Maine. Going to lectures, tagging along on fishing boats and seabird censuses, and participating in research projects reminded me every day how intertwined our lives are with the ocean.

Forty percent of the U.S. population lives in counties on the shoreline.  And a full half of us live in counties that drain directly to the sea, carrying our waste to ocean waters.

More than 3.5 billion people globally depend on the ocean for food.  And critically for all of us, 70 percent of the earth’s atmospheric oxygen is produced by marine phytoplankton, the tiny plants that live at the ocean’s surface.

I saw how even our casual summertime visits can influence the ocean, in a photo of a seal that had gotten an Aerobie entangled around its neck.

Every year, I assign a short story to my students by Dutch writer Maarten t’ Hart, Midsummer in April.  My class normally focuses on nonfiction, so at first I don’t tell them that this one is fiction. I want them to have the same experience I did on first reading the tale in a 2004 issue of the journal Granta, a home for mostly nonfiction and a smattering of fiction works.

Maybe it’s not fair of me to “trick” my students by not letting them know in advance that this story is fiction. I want to train them, though, in exercising their critical faculties. We talk a lot about fake news, and I want them to learn how not to blindly believe what they read — and there’s no better learning tool than surprise.

In the story, the narrator describes a few months in his life as spring arrives at his home.  He watches with increasing dismay as the season around him takes on bizarre and eerie characteristics — ones that have become all too familiar.

The flowers are blooming too soon. The moths have returned a month early. A large wasps’ nest develops in the front yard in April, instead of the normal July. In trying to eradicate the wasps, the narrator is stung so badly he must take to his bed for days.

The crowning terror, though, comes when a scientist friend comes to visit him. His friend studies the sea. Each year, he’s been measuring a drop in the ocean’s production of oxygen related to the increasingly warm springs.

“We’ve calculated that if the oxygen production of the oceans declines to forty percent of the original level, there will be no way back anymore,” says his friend.  “And then it will be game over for all life on earth.”

The narrator does not dare ask what percentage the scientist has measured this year.  But his wife does. “How was it this time?” she says.

“Less than forty percent, for the first time since we started.”

“So the situation is hopeless now?” she asks.  “How much time before…?”

The astonishing thing to me is that my students, year after year, fail to realize that the tale is fiction. On first reading, I too thought the story was nonfiction until I reached its later pages. When I read the story’s climax, I thought to myself, “wait a minute, this can’t be true,” and looked it up online.  Of course I found to my relief that indeed, we’re safe from plummeting world oxygen.

For my students, though, accustomed to shock after shock announced about the natural world, the finding seems quite plausible.

What does this say about our society? Perhaps we’re so used to the sensationalism of contemporary “fake news” that such wild announcements go unremarked.  Perhaps it’s a sign of a decline in the quality of incoming students’ education. Perhaps the environmental movement has overdone it with dire warnings, so that pronouncements of impending doom are written off by readers as terrifying, but hopefully overblown.

Or perhaps my students, as I was at first, are so seduced by the similarity of the tale’s early events to what they’ve already experienced – phenomena that when Hart wrote his story had not yet come to pass – that they also believe its most shocking prediction.

I believe this last factor is closest to the truth.  This generation of students expects serious environmental trauma within their lifetime, and they’re not surprised to hear of even forthcoming doom.

Unlike in Hart’s tale, we’re not in danger of suffocating. However, his story is apt in reminding us that the very air we breathe depends on a healthy ocean.

And alarmingly, human activity is in fact changing the ocean’s oxygen – not the amount reaching the air, but the amount transferred to the ocean itself. Warming temperatures lead ocean waters to hold less oxygen, in some cases so little that they can’t support life.

This year, scientists found a four-fold increase in no-oxygen “dead zones” in the deeper open sea since 50 years ago – an increase in area as big as the European Union.

In coastal waters, too, fertilizer runoff from agriculture prompts algal blooms that suck up oxygen, causing a ten-fold spread in the area of near-shore depleted oxygen.

Just this week, the New York Times reported that the orcas in Puget Sound off of Seattle haven’t had a single calf in three years.  Conservationists fear this failure is a “sign of a marine ecosystem in collapse,” the Times reported. Among other problems, a mass of water as much as 6 degrees above normal, known as “The Blob,” has been warming the Pacific coast since 2013, contributing to collapses in salmon populations, the orcas’ main food.

Our heating and car-driving and fossil fuel burning, then, pouring greenhouse gases into the atmosphere, has direct effects on the sea that sustains us.  Our plastics are eaten by marine animals and kill them or make them sick. Our fertilizers damage ecosystems.

How much can we punish the life-support system of the sea – that source of deceptively calm summer happiness under the warm sun – before, as my students believe so readily, we really do end up in crisis?