Pick of the Day 7/15: Three Identical Strangers at Amherst Cinema 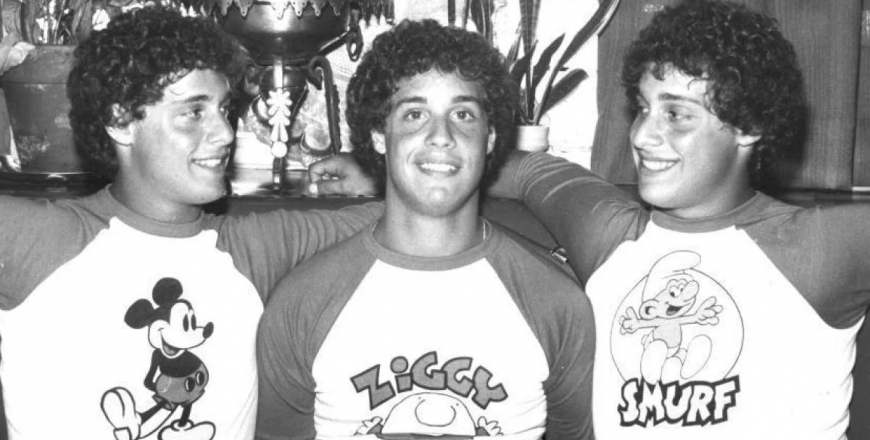 Oh boy, I’ve been waiting for this one! This doc is so scathing and mind boggling, you’ll be thinking about it for some time.  And Tim Wardle’s documentary Three Identical Strangers  is described “as the most amazing, incredible, remarkable true story ever told.” Here goes: Identical triplets are separated at birth and adopted by three different families. Somehow two of them find each other on a college campus. Then the third is discovered. What begins as a fairy tale is marred by tragedy and ends up becoming the “unearthing of a secret with radical repercussions for us all.” How are you going to deny yourself this gem. Winner of Sundance Film Festival’s Special Jury Award. Amherst Cinema, 28 Amity St., Amherst.