Cinemadope: The Theme Song’s the Thing in Mission: Impossible 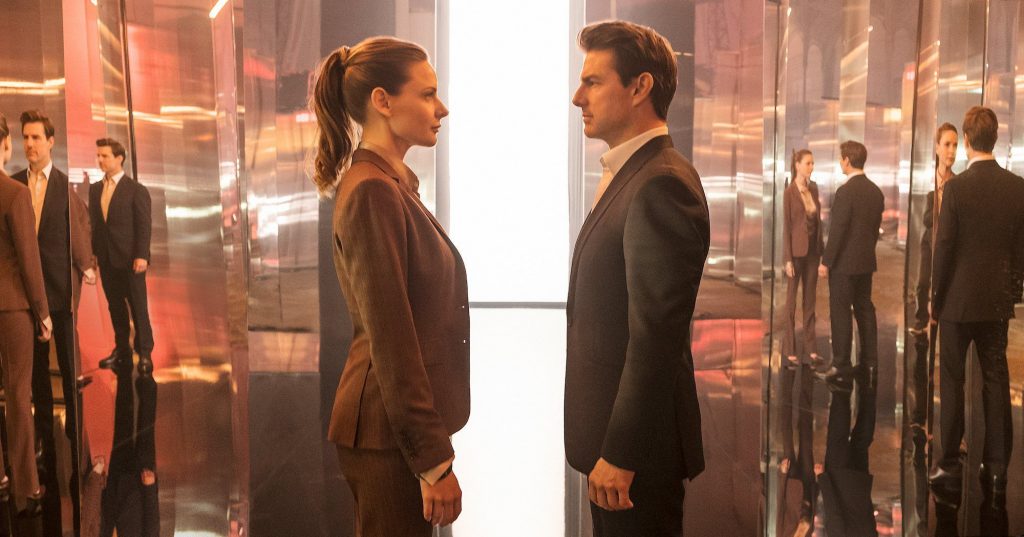 Film and television may be the land of the moving image, but it has sure given us a lot of great music over the years. Audrey Hepburn as Holly Golightly, quietly breathing out Moon River. Shirley Bassey’s brassy, wagging Goldfinger. The many themes and soundtracks that have become cultural touchstones: The Pink Panther. Jaws. Psycho.

But while some of those melodies dig deep into our psyches — the ominous see-saw of the Jaws riff kept me out of swimming pools for a time — others stick closer to their roots. And perhaps the theme that has stuck the closest is the propulsive, cut-the-red-wire music that Argentinian pianist Lalo Schifrin dreamed up for the television version of Mission: Impossible back in the late 1960s.

Musically, Schifrin’s baby — it appears again in the coming weeks in the latest installment of the franchise, dubbed Fallout; more on that in a moment — is a bit of an oddball for such a popular hit: its 5/4 time signature keeps it sounding off-kilter to American ears (although some movie adaptations dumb this down to a much blander 4/4), while the unconventional instrumentation (percussion, flutes, piano) is alternately pounding and piercing. For a series about impossible missions, it is pitch perfect, and a summer tradition I never seem to tire of revisiting, at least for the opening credits.

The new film in the series reunites Tom Cruise with writer/director Christopher McQuarrie, who helmed the previous Mission: Impossible — Rogue Nation in 2015. Cruise’s Ethan Hunt, backed by his usual IMF team of misfit agents (Simon Pegg, Ving Rhames) goes off the reservation after a master criminal escapes when an operation under Hunt’s control goes wrong. Determined to set things right but being run down by both the enemy and his own government — a familiar trope to fans of the earlier MI stories — Hunt and his team must race against time to recapture their enemy and prevent a wider catastrophe. Alec Baldwin, Michelle Monaghan, and Angela Bassett are along for the ride.

Me? I just want to hear that music one more time.

Also at Cinemark this July is the Studio Ghibli classic Princess Mononoke. Three screenings over four days will feature both the original Japanese version and the English dubbed edition (Gillian Anderson, Billy Crudup, and Jada Pinkett Smith feature there, though I’d recommend the subtitled version which shows on July 23).

An animated epic about the battle between Princess Mononoke — a girl raised by wolves — and the humans who are trying to destroy the woods she calls home, it is set centuries in the past but concerns itself, like so many Ghibli films, with the ecological problems of today. But unlike some Western cartoons, Mononoke (the name refers to a shape-shifting demon of Japanese mythology) doesn’t shy away from dramatic, sometimes gruesome imagery; the deaths and dismemberments make it a touch darker than Ghibli fare like My Neighbor Totoro. If you have a very young Ghibli fan in your family, you may want to wait a bit before introducing Mononoke, but for anyone over 10, it should prove to be a lasting favorite.