Cinemadope: Christopher Robin explores what stays with us from childhood 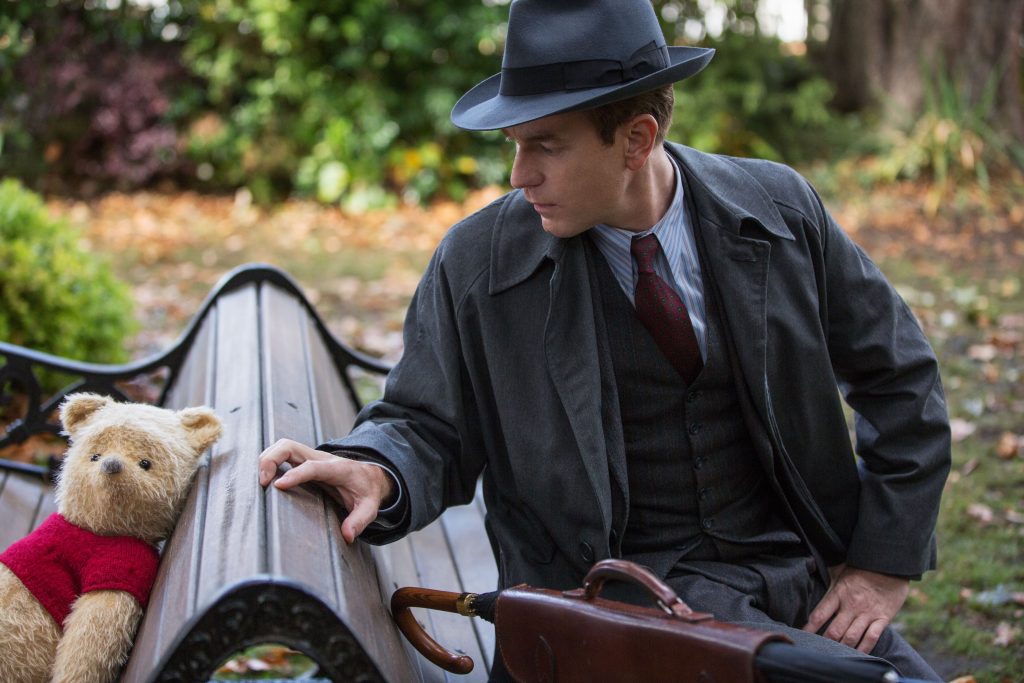 Close your eyes, and think back to the stories of your youth. It’s remarkable, how strongly they stay with us. The recent release of Morgan Neville’s Mr. Rogers documentary Won’t You Be My Neighbor? put a spell on me, casting me back to my own childhood — Fred Rogers and his neighborhood friends were a big part of those years — and reminding me of just how much I took from the man and his manner. Even today, I love a good zip-up sweater and sneakers.

But what has stayed with me the most from his art — more even than the many life lessons he so deftly taught — is the sense of world that his program brought. It truly felt like another place that I knew as well as my own; tuning into the show was as familiar as going to my own grandparents’ house right down the street. Now that I have children of my own, I find myself wondering what they will remember from their own childhoods, and if today’s more fractured media landscape (while I had a handful of PBS shows to choose from, there is now a near-endless assortment of kids programming out there) will mean losing out on that odd mix of familiarity and wonderment. Will my kids reconnect with their own classics later in life?

What stays with us from childhood, and how easy it is for us to forget how much it has meant, is at the heart of the new film Christopher Robin. Directed by Marc Forster (Finding Neverland) and not to be confused with the 2017 drama Goodbye Christopher Robin, this new film features Ewan McGregor in the title role as a grown-up version of Winnie-the-Pooh’s best friend. But like Robin Williams’ Peter in that other forgotten fairy tale Hook, McGregor’s Christopher Robin has lost his sense of magic. Now a WWII vet and hard-working middle manager, the adult Christopher Robin is so busy trying to help out at the office that he neglects his own brood, pulling out of a family vacation (Hayley Atwell co-stars as his wife Evelyn; Bronte Carmichael is daughter Madeline) when his boss calls on him for help.

But the grown-up is not so grown-up that Pooh and his friends can’t track him down to try to remind him of what is really important in life. Voice acting legend Jim Cummings handles both Pooh and Tigger, while a bit of “of course” casting finds Brad Garrett (Everybody Loves Raymond) voicing the gloomy donkey Eeyore. Peter Capaldi and Sophie Okonedo also appear as Rabbit and Kanga. In an oddly magical twist, the onscreen Pooh and Co. are represented by stuffed animals; it’s only Robin that can seem them come to life. Having the characters so grounded in real-life objects only enhances the magic of seeing an imagination at work. Also upping the oddity is co-writer Alex Ross Perry, better known for his dark comedies and eccentric Pynchon adaptations (Hidden Figures writer Allison Schroeder is the other half of the script team).

“What should happen if you forget about me?” Pooh asks the young Christopher Robin early on. It sounds, at first, as if it’s Pooh that we should be worried about. But there will always be another child to ensure that the Poohs of the world exist. What is less certain is if there will always be an adult who can remember how important those worlds are.

Also this week: The Big Lebowski turns 20. Joel and Ethan Coen’s absurd California noir has it all (if nihilists, iron lungs, and bowling are your thing), and, unlike the Eagles, it gets better with age. Enjoy the rare chance to see it on the big screen again—and if you haven’t seen it, do.