Expressing a love for humanity through cutting hair in Amherst 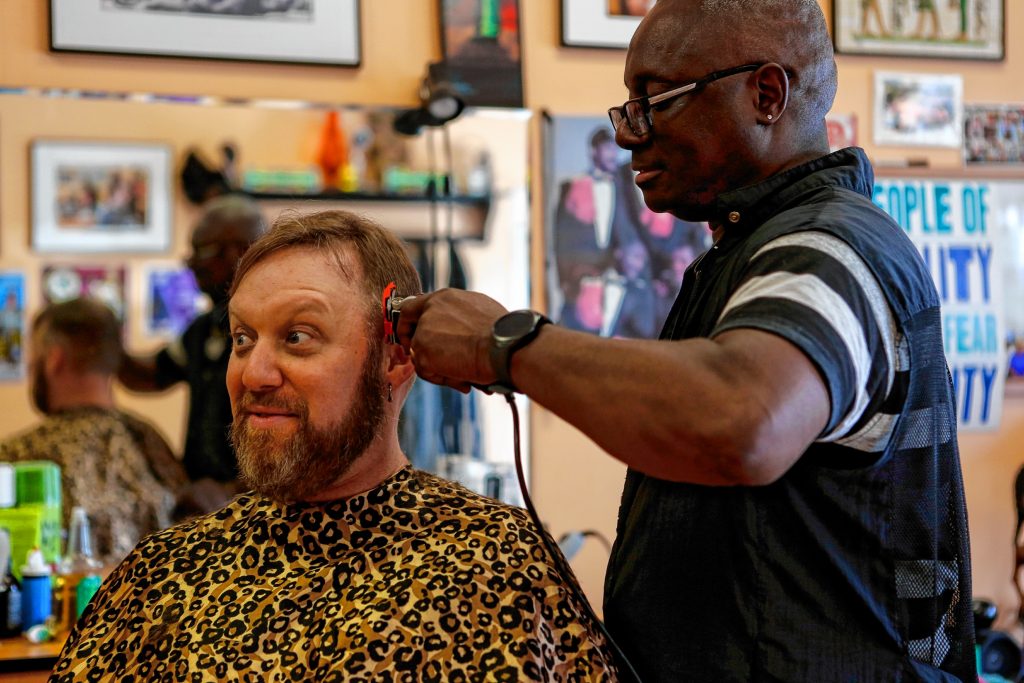 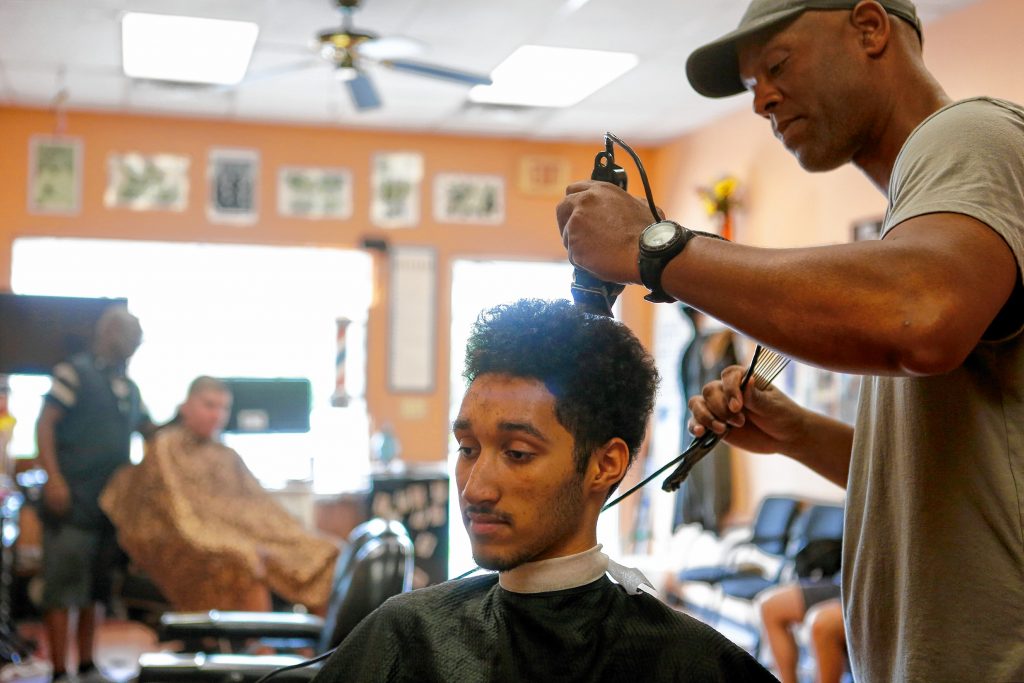 You can pretty much get any hair cut or styling that you could think of from around the world at Global Cuts International World of Barber Styling in Amherst, whether that’s highly stylized facial or hair cuts or something out of the ordinary.

Khayyam Mahdi, owner of Global Cuts, said he’s seen everything under the sun when it comes to his professional experience as a barber and hair stylist. Everything old becomes new again in terms of hair styles. 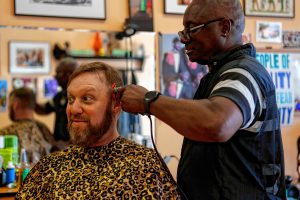 “What’s trending today is whatever you want,” he said. “Right now, looking at our time table, it’s a mixture of old haircuts coming back into the forefront because history repeats itself. So, you see a lot of old styles coming back under new names. There’s variations of what you want. There’s no standard cookie cutter; not here.”

Several years ago, he shaved the heads of the entire South Hadley High School Basketball team to include each player’s jersey number, he said.

Mahdi said the close proximity to colleges such as Amherst College, Hampshire College, and the University of Massachusetts Amherst with international students helps drive home the importance of his mission to provide hair stylings from a global perspective.

“We kind of cover all different ethnic backgrounds; we have your Asian cuts, European cuts, Hispanic cuts, and African cuts,” he said. “That adds excitement to what we do in servicing both male and female. We’re able to cross ethnic lines and bring the customizing aspect to each individual along with the cultural cuts as well … When people sit in our chair they want someone to be able to listen to them and give them a cut that they’re actually asking for.”

Hair is hair, no matter what ethnic background your from, Mahdi said. The tools for the job are a razor or pair of scissors no matter what the cut is, but knowing what each customer is looking for and creating that style is what’s key for Global Cuts.

“When you’re dealing with human hair what separates you from being a professional and an amateur is the difference in knowing how to artistically apply your barbering to different variations of ethnic hair types,” he said.

“It’s a close shave with a razor lining and a lot of of Hispanics and African Americans utilize a lot of close razor techniques to be more detailed in their beard and side beard and trimming,” he said.

Mahdi has been cutting hair for decades, whether it was borrowing a pair of his mother’s clippers when he was 12 or 13 years old to style his own hair or his brother, going to barber school, or his barber apprenticeship at Six Corners Barber Shop in Springfield. 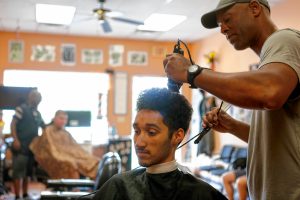 “Sneaking my mother’s clippers out of the drawer and giving myself a haircut, I recognized that it was also an inner gift that I had as well,” he said. “That led to cutting my brother’s hair and kids’ hair in school, and then it led to me becoming the barber in the neighborhood. I’d walk around with scissors and clippers in my little case. As an entrepreneur, that was my first occupation outside of being a commercial artist and drawing signs for different stores.”

For Mahdi, who started his business on May 5, 1999, with a crew of two other hair stylists, Leslie Williams and Quinn Askew that continue working alongside him at Global Cuts to this day, connecting with people and other cultures through hair cuts and building a sense of community is what it’s all about for him.

“I have a love for all of humanity and different cultures and people,” Mahdi said. “There’s only one race and that’s called the human race, so embracing that and living by that allows me to share that love on a global scale. So, my barber shop where it can be utilized as a tool to help bring people together even if it’s for a haircut … I have no right taking a dime from you if I can’t respect you as a human being first.”

He said he thinks outward beauty when it comes to hair styling is just as important to men and women.

“I think it’s equal on both sides; I feel that men and women have an equal interest on their exterior,” Mahdi said. “How we look on the outside is important to us because it satisfies a certain percentage of our self worth and self esteem … I also feel that people put too much attention on looking good on the outside and less attention on what’s going on in the inside. It’s a misconception for one and it’s also due to cultural conditioning. Our exterior appearance is all determined on the quality of our interior appearance. It’s a balance between the two.”