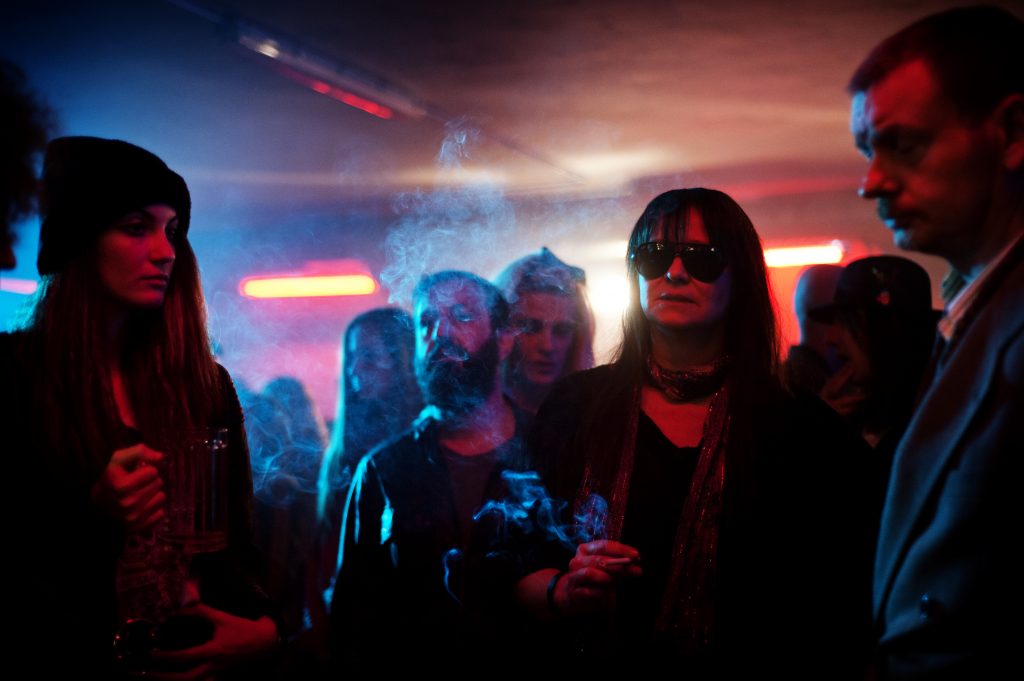 When I opened Instagram over my morning coffee one recent morning, the first face staring back at me was that of a blue-haired Alice Bag, the fifty-nine year old punk icon and activist. Still a force after some four decades in the game, Bag and her band had played a show in Greenfield the night before — that Instagram shot was snapped by the Advocate’s own Valley Show Girl Jennifer Levesque — before continuing on to New York for the next day’s gig. This was soon after Debbie Harry, at age 73, brought Blondie to MASS MoCA, and it was heartening to see these two fierce artists continuing to forge their own paths.

It’s almost never an easy life for musicians (low pay, long hours,) but it almost goes without saying that it’s a harder one still if you’re a woman. Sexism, ageism, abusive or dismissive behavior not just from clubs but sometimes from your fellow musicians; it all contributes to giving the spotlight an unwelcoming glare. (And our pleasant Valley is no exception; see Chris Goudreau’s recent Advocate article “Out of the Spotlight” to learn more about the experiences of local musicians.) In the coming weeks, two films tell the stories of women in the music industry.

Nico, 1988 is director Susanna Nicchiarelli’s dramatic take on the story of one of the 60s’ enigmatic stars. As a superstar of Andy Warhol’s circle and the provider of ethereal vocals for The Velvet Underground, Nico (aka Christa Päffgen, and here played by Danish actress Trine Dyrholm) always seemed a bit otherworldly. But the years after those highs brought the singer low as she struggled with addiction, a faltering career, and a deepening desire to reconnect with the son she gave up years before. As she nears 50, her latest manager convinces her to go out on a European tour to promote a new album.

In a director’s statement, Nicchiarelli writes that “Warhol once said ‘[Nico] became a fat junkie and disappeared,’ but nothing could be less true,” and notes that Nico is almost always discussed in association with the famous men she knew. But for Nicchiarelli, the lasting story of Nico is not about Nico at all, but about Christa — it’s no accident that most of those who know her in the film call her by her given name, and not that of her stage persona. At the end of her life, Christa finally seemed ready to put some her most persistent demons behind her; we will never know, now, if the idea of being Nico was the hardest habit to break.

At Amherst Cinema, director Phil Cox’s new film Betty: They Say I’m Different documents the life and times of Betty Davis, a musician and muse who, though not so well known today, has left a lasting mark on American music. Born in 1945, she lit out for New York as a teenager to chase a dream of a life in music. She found it, forming friendships with the likes of Sly Stone and Jimi Hendrix and putting out music that was sometimes scandalously uninhibited for its time — a trait that meant many radio stations refused to play her singles.

Davis was also married to jazz icon Miles Davis for a short but heady time, a fact I mention not because she should bask in his reflected light, but because of the influence she had on him. Together for  just a year (they married in 1968), it would prove to be an important one, with Betty introducing Miles to the psychedelic strains of Hendrix and Stone, sounds that the trumpeter would incorporate into his own album Bitches Brew just a year or so later, leading to a new era of jazz fusion that is still being mined today.

And yet Betty Davis had largely disappeared from public life by the mid 1980s. She had returned to the Pittsburgh of her youth, where she lived a quiet life on her own until the filmmakers finally tracked her down and convinced her, after a few months of getting to know each other, to let them tell her story. Like Betty Davis herself, it is truly one of a kind.