The morning after the 2016 election, I was grateful that one of the disc jockeys at the radio station where I work kept a bottle of Jägermeister stashed in our freezer. And while these 2018 midterms are not necessarily driving me to drink, things are pretty wild here in Western Mass. With virtually all of our Beacon Hill delegation up for grabs, we at the station have been referring to this election cycle as “Wild West Mass” (with apologies to the Economic Development Center and the Greater Springfield Convention and Visitors Bureau). I’ve spent almost as much time thinking about this election as I have thinking about wine.

There are so many candidates to choose from, you may face an electoral conundrum. It may be a similar conundrum you face when winding through the aisles of a wine shop. I will attempt to help you solve both conundrums in one go (and by the way, the wine called “Conundrum” is not a terrible choice if you like gigantic and slightly overpriced blends from California). For our purposes, let’s pretend the Republican candidates are beer. Personally, I’m not interested. And since I don’t have the column inches to create an analogous wine for all of the DOZENS of Democratic candidates running in the Sept 4th primary, I’ll stick to our open Western Mass Senate seat.

Let’s start with the only candidate who will actually be on the ballot: Chelsea Kline. Since she was first out of the gate as a fresh-faced political newcomer, Chelsea reminds me of Beaujolais nouveau. Beaujolais nouveau is nouveau because it is the first wine of the harvest. The practice of crafting an early harvest pressing and fermentation of the Gamay grape has been known to the locals in Beaujolais for a long time, not unlike Chelsea Kline and the activist work she has been recognized for locally. But it took a marketing genius like Georges Duboeuf to popularize the practice more widely and have it shipped and ready for the third Thursday of November each year. 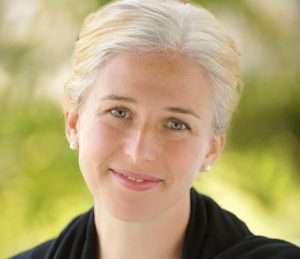 Somehow Chelsea got her campaign ready early enough, in the wake of the Stan Rosenberg resignation, to get herself on the ballot for September 4th. Beaujolais Villages and Cru Beaujolais have the potential to be excellent wines. Beaujolais nouveau is sweet and full of hope and can be an early indicator of whether this year’s harvest will age into greatness or perhaps if the vintage has something to hide. Only time will tell. If you’re like Steve Martin in The Jerk, (“Bring us some fresh wine, the freshest you’ve got. This year’s! No more of this old stuff. He doesn’t realize he’s dealing with sophisticated people here!”) maybe Beaujolais nouveau and Chelsea Kline are for you.

Candidate Ryan O’Donnell is a German Riesling. Serious. Austere. Not fooling around. Down to business. But with just enough biting acidity and some sweetness to make you believe that this wine might just be one of the best styles the world has to offer. Ryan has style and a nearly clinical attention to detail. That’s why I’m going to compare him to a doctor: Dr. Loosen Red Slate Riesling. It’s the drier counterpart to Dr. Loosen’s Blue Slate, which has a little more fruit and sweetness. 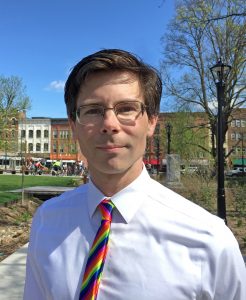 And while Ryan is a true blue Democrat, he has a touch of that red state — I mean red slate conservatism. This Riesling is diesel and stone. It’s so versatile it can work with a wide range of food from turkey to Thai. And being Northampton’s City Council President, Ryan works with a broad range of people from the turkeys who live in Ward 3 to people originally from Thailand. But if you’re not careful with this wine, it might just be too serious for the party. Don’t forget to Loosen up, once in a while.

Red Burgundy is simple, approachable, nearly translucent and yet intensely layered, and at times hard to classify. Candidate Jo Comerford is a red Burgundy. With the type of endorsements she’s getting from current and former elected officials, one might want to compare Jo to Domaine de la Romanée-Conti —one of the most expensive and sought-after wines in the world. 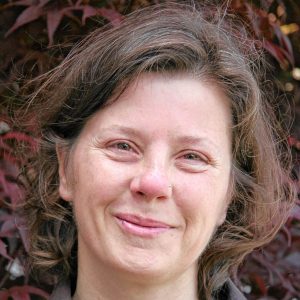 But with her experience crunching the federal budget as head of The National Priorities Project, decrying excessive spending on things like the military, Jo would likely be the first to tell you she is more of a working class Pinot Noir. Like the $15 Vignerons de Buxy Bourgogne Côte Chalonnaise. This wine is a collective endeavor from over 120 wine growers in Burgundy. So, you know, practically socialist. It’s like the Moveon.org of wines, a group which Jo also held a leadership role, mustering the forces of Burgundy farmers to create something bigger than itself. But unlike Moveon.org, it won’t spam you with 300 emails a day. The Pinot Noir in Côte Chalonnaise is virtually see-through. It hides nothing of itself and pours its whole heart out to its drinker in a way that might make you question how genuine it is. But the wine actually is this earnest all the time, a touch of sweetness but with a visceral seriousness, complex and still transparent. If a wine could wear its heart on its sleeve it might be this wine.

The last candidate batting for a seat on Beacon Hill is a veteran, who works serving veterans and their families, and in his spare time volunteers to help find furnishings for the homes of formerly homeless veterans. Steve Connor has got to be an American wine. But with a gentle spirit, a hippie soul, and an earring, Steve Connor has to be a wine from California. Keeping with the political theme, I’m going to go with The Federalist Dry Creek Valley Zinfandel … Zinfandel has an amazing immigration story as a grape, likely originating somewhere in Croatia, making its way through Italy by calling itself Primitivo and then immigrating to the West Coast of the U.S. and changing its name at Ellis Island (sort of) to Zinfandel. I think of Zinfandel as the most American of all grapes because of that immigration story. 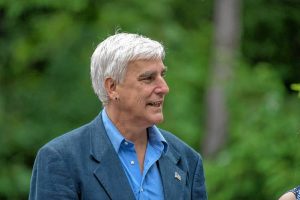 And while one might (correctly) think the grape is weak and has little to offer in its abhorrent White Zinfandel manifestation, sometimes a big, bold, beefy, deep, dark Zinfandel is the only wine that will hit the spot. Also, The Federalist has a picture of Alexander Hamilton on the label and I’m a sucker for that musical. The wine can be a bit too oaky, and perhaps lacks the graces of a more genteel wine. However, at the right time, The Federalist can be a perfect fit. The question is, is now the right time?

With the fall and the election on the horizon, perhaps next time, I’ll write about the end of Solomon Goldstein Rosé season.