Patty Schemel — drummer of Hole — is coming to the Valley, thanks to Women Of Rock Oral History Project and Amherst Cinema 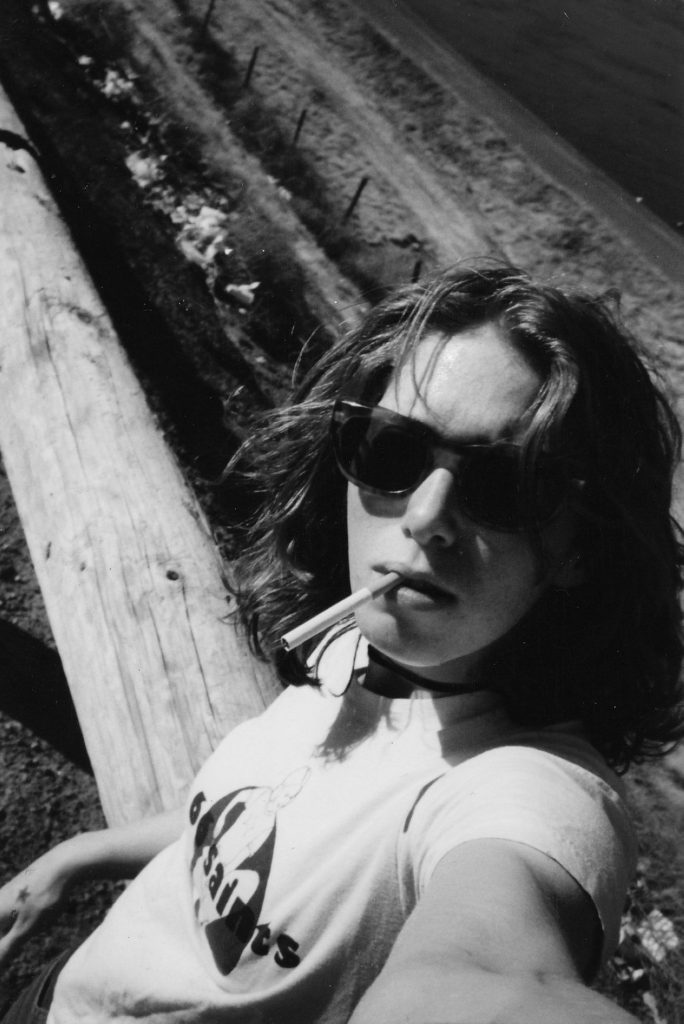 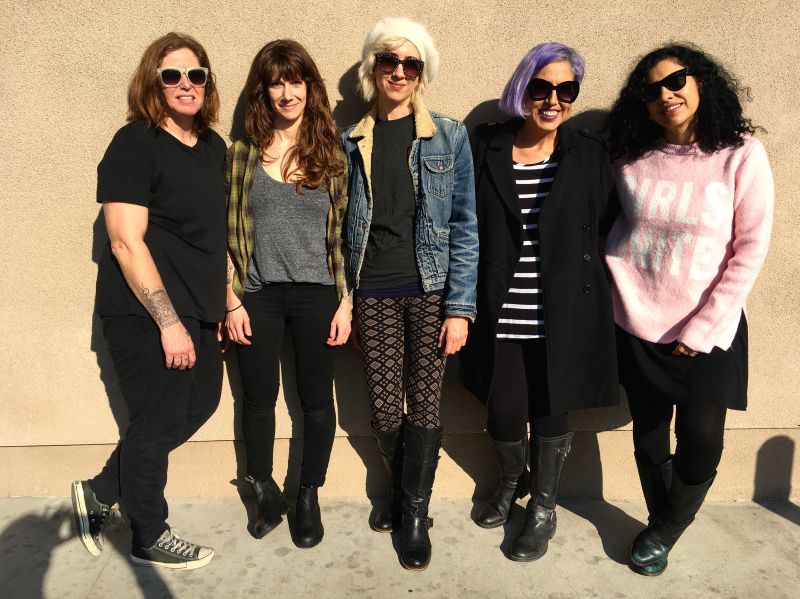 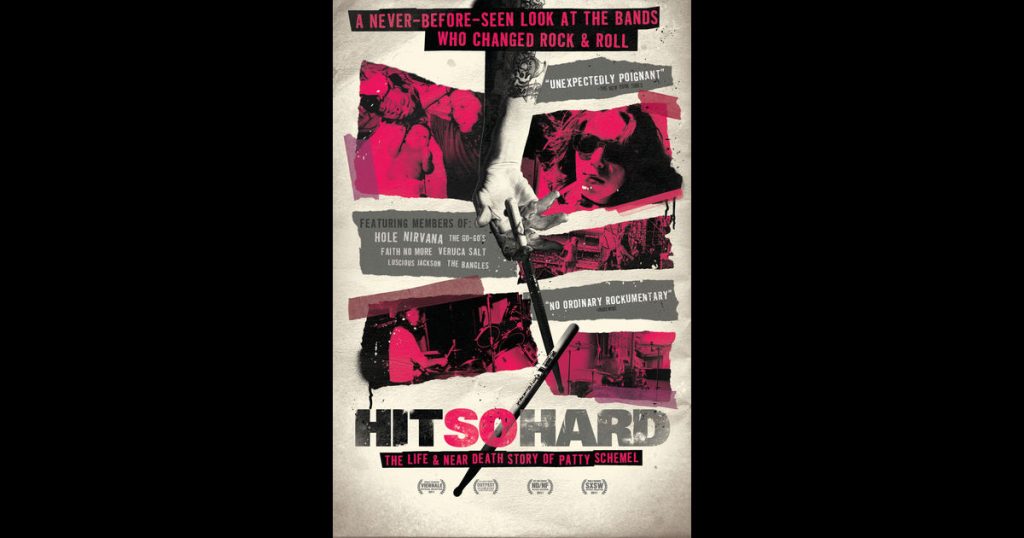 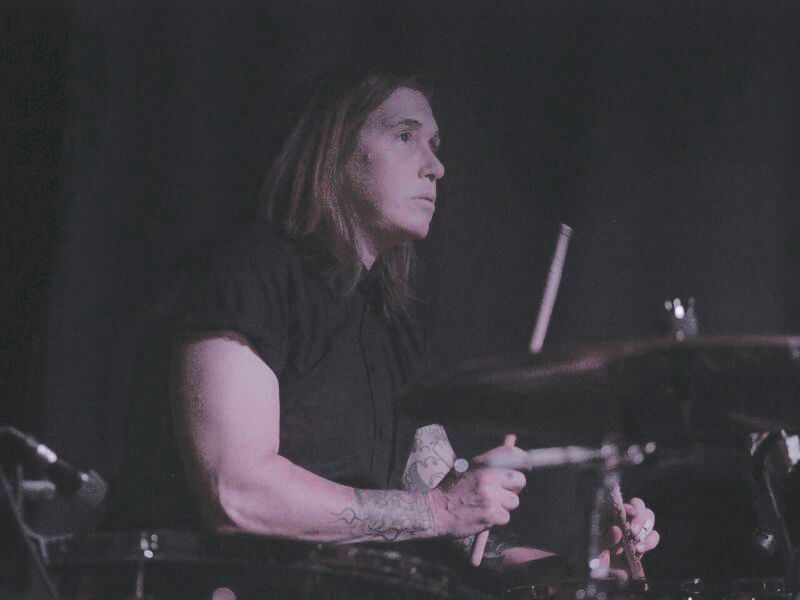 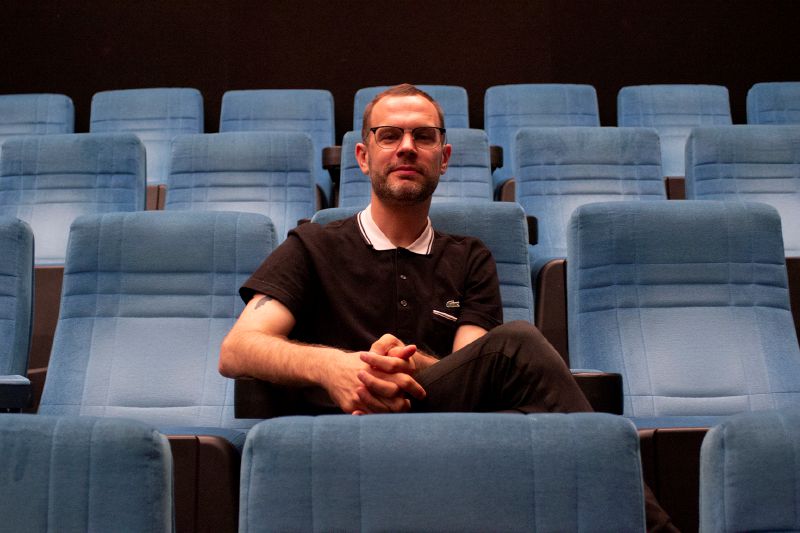 On a stormy Wednesday afternoon, I huddled in my car, pushed the driver’s seat back to get comfy and opened up my Wonder Woman notebook, clicked my pen and put my phone on ‘do not disturb.’ After a failed attempt to reach her, she called me back two minutes later and the name “Patty Schemel” popped up on my phone. Her pleasant, friendly voice on the other side — all the way from California to my Massachusetts — calmed my nerves as I was reaching out to one of my idols since …  I can’t even remember.

Have you ever been to western Mass before? I asked Patty. “Not that I remember, I can’t say. No — I don’t think so,” she said as I could hear her thinking really hard through her response. Well, she’ll be here on September 12 hosting a screening event for her documentary “Hit So Hard” at Amherst Cinema, and I couldn’t be more excited.

Best known for being the drummer of the ‘90s celebrated alt-grunge rock band, Hole, Patty has also played drums in numerous other bands throughout the years. She recorded with Juliette Lewis’ Juliette and the Licks on their first album and even hopped on Courtney Love’s solo record America’s Sweetheart.

But it’s not all about the music; there’s a lot more to Patty’s story. Her documentary touches on pretty much all of it. And there’s a lot.

Released in 2012, “Hit So Hard” came as an idea from a friend when Patty found a Hi8 format video she recorded on Hole’s 1994-1995 world tour. “Beginning to digitize the footage, a friend suggested ‘you should do something with it.’ I wanted to tell my story, the music, the addiction,” Patty said.

The documentary is full of ‘90s gems. All the members of Hole are interviewed and there are shots of them on tour back in the mid-90s. Members of Veruca Salt, Faith No More, Luscious Jackson, The Go-Go’s and of course, Kurt Cobain are all featured, along with Patty’s family. 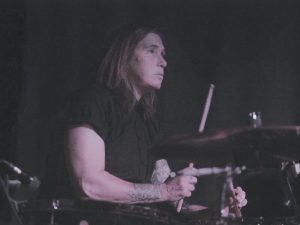 The candid footage of Patty’s close friend, and Nirvana singer/guitarist Kurt Cobain at home, being a dad will make you cry. It’s raw, and real, fitting in perfectly. And the part where Hole bassist Melissa Auf Der Maur is holding the camera up close to Patty’s face and asks “What are you … uh documenting, your, uh misery?” then the close up, saddened faced Patty responds with a simple, “Yeah,”  will kick you in the guts too.

There are some comedic relief moments where you may still be all teared up, but then you’ll laugh. And it definitely has a nostalgic feel to it, the time of MTV and record stores in every strip mall. Before the internet and downloads.

Through a lot of the footage you witness Patty’s struggles with addiction to crack cocaine and alcohol. The opening of her memoir, titled the same as her documentary, starts with: “I was born recovering. I don’t remember a time before I knew the concept. I’m surprised my first spoken sentence wasn’t ‘Hi, my name is Patty, and I’m already an alcoholic.’”

Addiction has always been in your face and a serious problem with no right answer. “I’m surprised that people don’t understand the idea of addiction, it’s not that easy for the addict,” Patty said, “The [people suffering from] the opioid epidemic are now knowing the feeling.”

I asked if she had any advice for people viewing her film or reading her book who were suffering from what she had suffered from. “It’s not easy. I don’t have advice, it took everything and I became homeless.” But then she gained everything and more back in the end.

This documentary will stand the test of time with all the subject matter involved. Addiction, music, loss, family, homelessness, coming out as being gay, the list goes on. I’ve watched it numerous times since it was released, and every time I get sucked in and finish it feeling therapeutic. But it also leaves tear stains down my cheeks. Her memoir is just as powerful and raw and with only words in front of your eyes, it paints a vivid picture in your head.

This is the third year of the “Sound and Vision: Music in Film” series at Amherst Cinema. The series started as a test but ended up receiving nothing but enthusiasm. “I’m partial to seeing all films on a big screen, played loud and watched with your full attention,” said General Manager George W. Myers, “but it’s extra nice to see some of these icons of music truly larger than life and to get to spend a little time in their presence visually when so much of our relationship with music is auditory.” 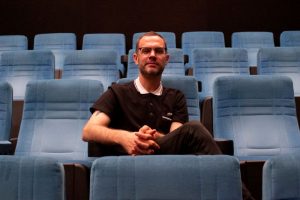 Availability on films is a struggle, and George keeps a close eye on festivals and new films that are coming out. But it sometimes becomes even more of a struggle to track down the filmmaker or secure the rights. But when you find one, it’s ultra special. “The world of documentary and creative non-fiction is really exploding right now and there are so many exciting histories being excavated and told with care, it’s really a joy to program this series,” George said.

Speaking of documentaries, enter Tanya Pearson. She’s the curator of nonprofit “The Women of Rock Oral History Project (WOROHP.),” which is a collection of digital interviews documenting the lives and careers of women in rock music who are left out of the popular rock narrative. Tanya is currently working on a fundraising campaign for the documentary that will feature everyone she’s interviewed so far, as well as all the live performances she’s recorded. Potential donors, sponsors and producers are being sought after now.

George has always admired what Tanya has been doing with WOROHP. “As someone who spends a lot of time around film and music, I know all too well how many critical stories have been lost to time,” George said. Amherst Cinema and WOROHP have been trying to collaborate together for years, but schedules never lined up, until now.

“You’ll definitely see more collaborations in the future and I’m excited about that,” Tanya said. “I interviewed Patty two years ago, right after her documentary came out. Patty is someone I’ve admired since I was a young closeted lesbian and hopeful rock star — I basically learned how to play the drums by listening to Live Through This and trying to copy her — and we’re both in recovery.”

Patty has been very generous with her time with Tanya, and has even spoken and performed at both of the WOROHP fundraising events Tanya has done in Los Angeles, in which she does a lot of back and forth from West Coast to East Coast for interviews. Tanya even got the privilege to play in a band with Patty, Alice Bag and Eva Gardner during one of the events. “ENORMOUS job perk!” said Tanya.

The event at Amherst Cinema will screen “Hit So Hard” followed by a Q&A with Patty herself. So bring your tissues and your questions.

I couldn’t get off the phone with one of my favorite musicians without asking some fun fan-style questions, which I’m sure I’m not the only one interested in. When touring, her necessities are “Coffee. Always coffee” and a doll, or a “special person” like a memento she’s named “Patient Pat” is also with her. “I don’t even know if anyone knows about that,” she said. There’s actually a picture of this doll in her memoir, on tour with her for Lollapalooza in 1995. 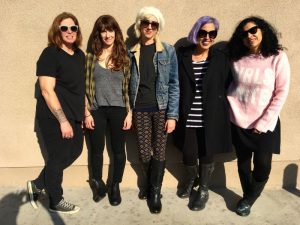 Her taste in film is scattered in genres, which I respect and was impressed with. “La Belle et la Bête” the black and white French adaptation of “Beauty and the Beast” from 1946 was the first one she mentioned. Action/ crime thriller “Vanishing Point.” Drama “Out of the Blue” starring Dennis Hopper. A story of two punk rock girls taking over NYC in “Times Square.” And comedies “Lost in America” and of course Steve Martin’s “The Jerk” in which she giggled at as she recited the name.

When I asked her what her five trapped-on-a-desert-island albums are, she picked an eclectic handful. My Bloody Valentine’s 1991 Loveless, which is definitely an album to get carried away with to a noise-pop island. Nirvana’s debut album Bleach, also one of my top favorites, with the Melvins’ Dale Crover on drums. KISS’ Destroyer, which holds “Detroit Rock City” and “Flaming Youth.” Yo La Tengo’s Painful, which is super-powerful, indie-noise-pop. She ended her list with the classic rock masterpiece, Led Zeppelin’s III. I mean, have you ever heard the song “Tangerine?”

Patty’s first work with Hole was the recording of their fourth single, “Beautiful Son” with her contributing writing along with guitarist Eric Erlandson and Courtney Love. So it was no surprise when I asked her what her favorite Hole song was, without hesitation, that was her response. And her favorite Nirvana song? She likes “Son of a Gun” even though it’s not an original. She also has love for “Negative Creep” off of Bleach as a favorite tune of theirs.

So what does the future hold for Patty? A Hole lot. When she’s not storytelling at The Moth, and writing, she’s got future projects all lined up. Upset, the band she helped form back in 2013, just completed recording a new album, so be on the lookout for that. I’d recommend checking out their debut album She’s Gone while you wait. It’s feel-good pop punk that makes you sway back and forth and want to sing along. The tune I dig the most is “Oxfords and Wingtips.”

Patty’s other musical project, drumming for Object As Subject, just released their debut album Permission. It’s an LA-based feminist art punk band led by classical violinist turned punk singer Paris Hurley. Loaded with floor tombs, and haunting rich vocals, they also mix in choreography with their live performances and videos. Each of Patty’s musical conquests have a flavor of their own, and are all seemingly powerful.

She also wants to do standup comedy. I thought she was joking at first, so that must mean she’ll be successful at it, right? “Oh and there’s a show coming up with girl drummers.”

Patty talked about this new show she is currently in collaboration with at an LA-based digital media company, Ripple Entertainment. “Drum Like a Girl” will be a half-hour music documentary show, which will feature amazing female drummers in music. It’s part performance and part autobiography, with each episode focusing on one drummer’s story in the music world. It will also include a curated playlist selected by featured musicians. Patty is the executive producer and the series is now in the “developmental stages.” Lots to look forward to.

Patty Schemel will be at the Amherst Cinema screening of her documentary, “Hit So Hard” on Wednesday, September 12 at 7 p.m.