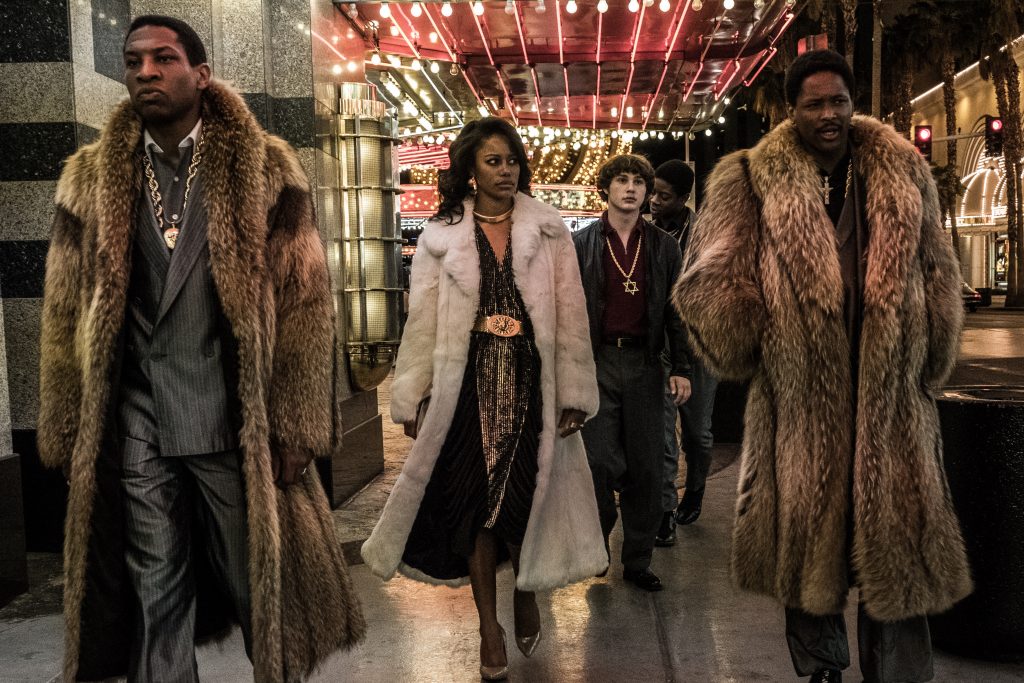 In regional conflicts around the world, the use of child soldiers has become a sadly common phenomenon. Boys and girls — some still under ten — are pulled or forced into violent, dangerous situations far beyond anything they are prepared for physically or emotionally. When Americans hear these children’s stories, they are usually set in far-off jungles or forests, where charismatic and threatening leaders create a self-contained world that leaves children little choice but to accept their fate. A new film out this month tells a similar story, but one set somewhere closer to home: Detroit.

White Boy Rick is the based-on-true-events story of a young man coming of age during the crack epidemic in 1980s Detroit, when the failing city was run through with graft and corruption. Acting newcomer Richie Merritt stars as the titular white boy Rick Wershe Jr., who is half-coerced, at the age of 14, into becoming the youngest FBI informant in the agency’s history. I say only half-coerced because Wershe Jr. was also motivated by the chance to help save his father Richard Wershe Sr. (played here by Matthew McConaughey), who had run afoul of the law and faced jail time if his son didn’t agree to help.

At the time, Rick wasn’t involved with drugs himself, but knew many of the players in the local scene; the FBI tasked him with infiltrating the Curry Crew, a drug gang whose family members had ties to then Detroit mayor Coleman Young. After a slow rise through the ranks of the gang — during which he discovers the highs a high life can bring — Wershe’s information finally brings down the Currys. With the gang behind bars, the Feds decided they no longer needed Wershe, and cut him loose. And then, things got interesting.

With no means of support (Wershe had dropped out of high school along the way) and his former gang locked up, Rick steps into the void left by the Curry Crew’s arrest; it turns out that being an informant inside a drug dealing operation is the perfect internship for a future drug kingpin. So seamlessly did Wershe slip into the role that not only did he partner with the Curry’s drug supplier Art Derrick, but also with former boss Johnny Curry’s wife, Cathy — the mayor’s niece.

It wouldn’t last long. Wershe was only 17 when he himself was locked up for cocaine possession; the eight kilos he had landed him life in prison under Michigan law. Yet once he began serving his time, there was another twist: the FBI refused to confirm that Wershe had been one of their informants (likely because it was illegal to use minors in that role; on paper it was always Wershe Sr. who was listed as the informant). Without that bargaining chip to help reduce his sentence, Wershe began to turn on the corrupt cops and politicians he had come into contact with, right up to the Mayor’s office. Still, little changed — if anything, Wershe’s actions antagonized local law enforcement, making it more likely that they would try to get his parole denied — and for three decades White Boy Rick would be the state’s longest serving juvenile drug offender. By 2016, even Johnny Curry was calling for his release: “They made him way bigger than he was,” Curry told filmmaker Shawn Rech in 650 Lifer, a 2016 documentary about the case. Wershe’s story might not be as bloody as some, but it seems clear that he was put into a job he wasn’t ready for by people who should have known better.

Also coming soon: Amherst Cinema hosts two director visits so audiences can discuss films with the people who made them. First up is Mark Kitchell’s Evolution of Organic (Berkeley in the Sixties), which is the story of organic agriculture, told by the people who made it their mission. An odd mix of farmer kids and spiritual seekers, they teamed up to profoundly change the way we think about our environment and food supply.

And filmmaker Jake Meginsky, along with co-director Neil Young, will appear with their film Milford Graves Full Mantis, a portrait of groundbreaking percussionist Milford Graves, aka The Professor. A pioneer in the world of avant-garde jazz, Graves is as interesting offstage as he is behind the kit.