Stagestruck: Eight Shows for the Price of Two 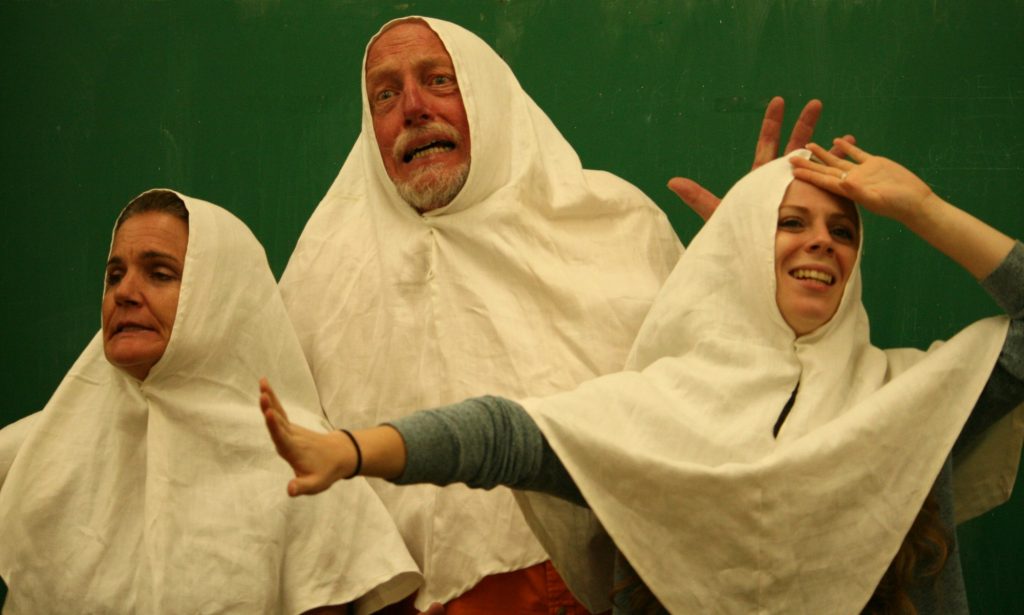 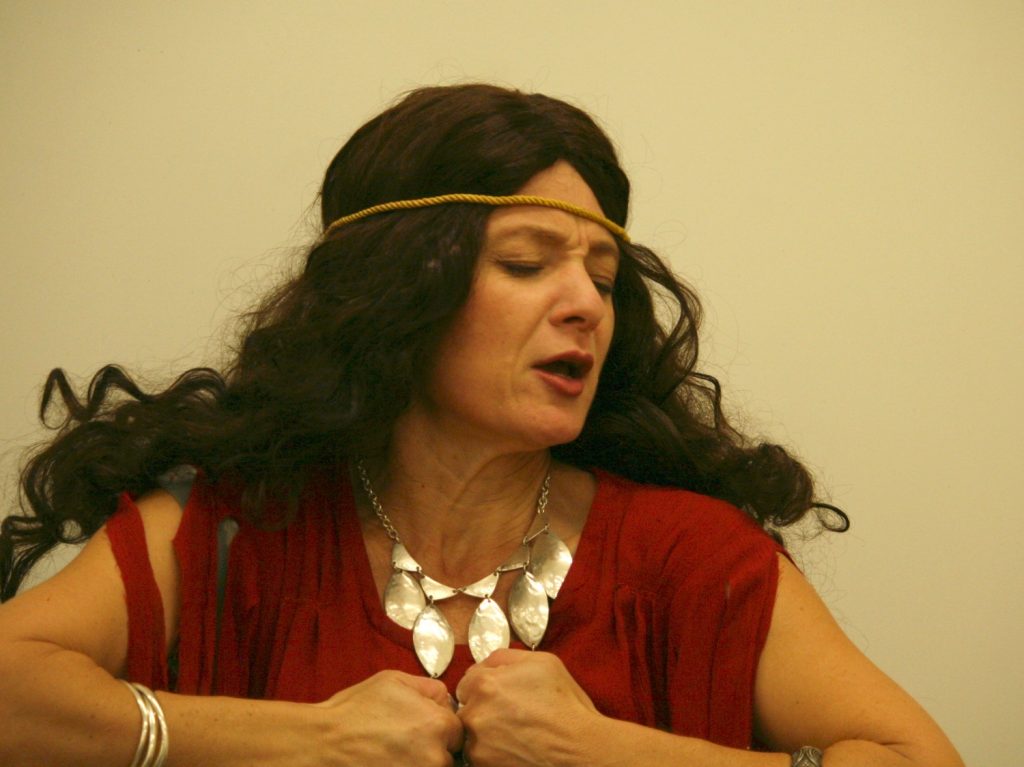 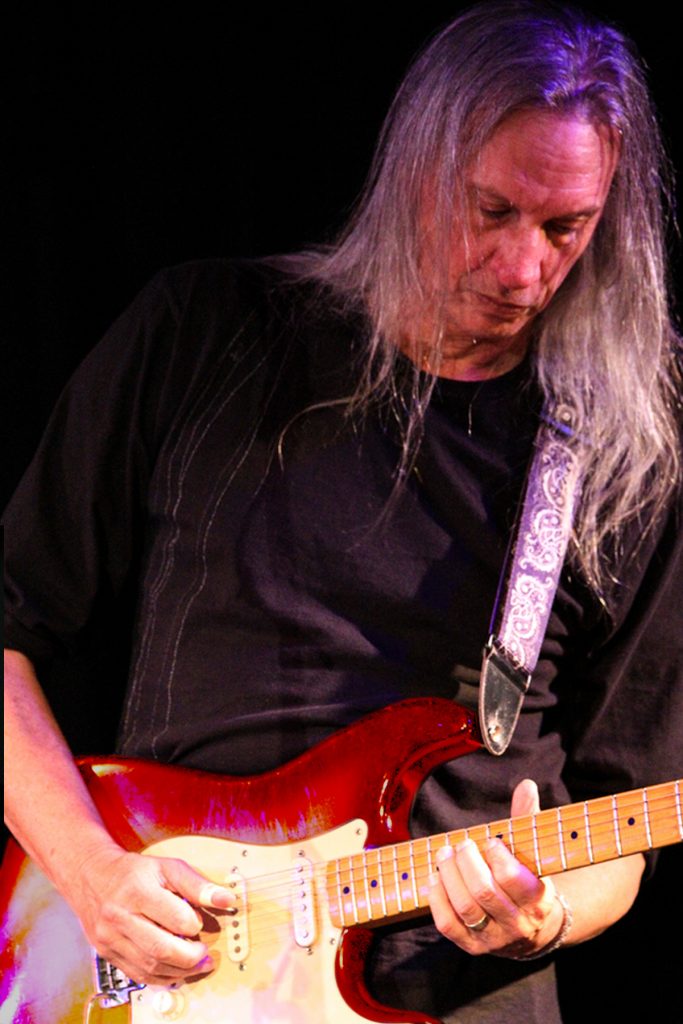 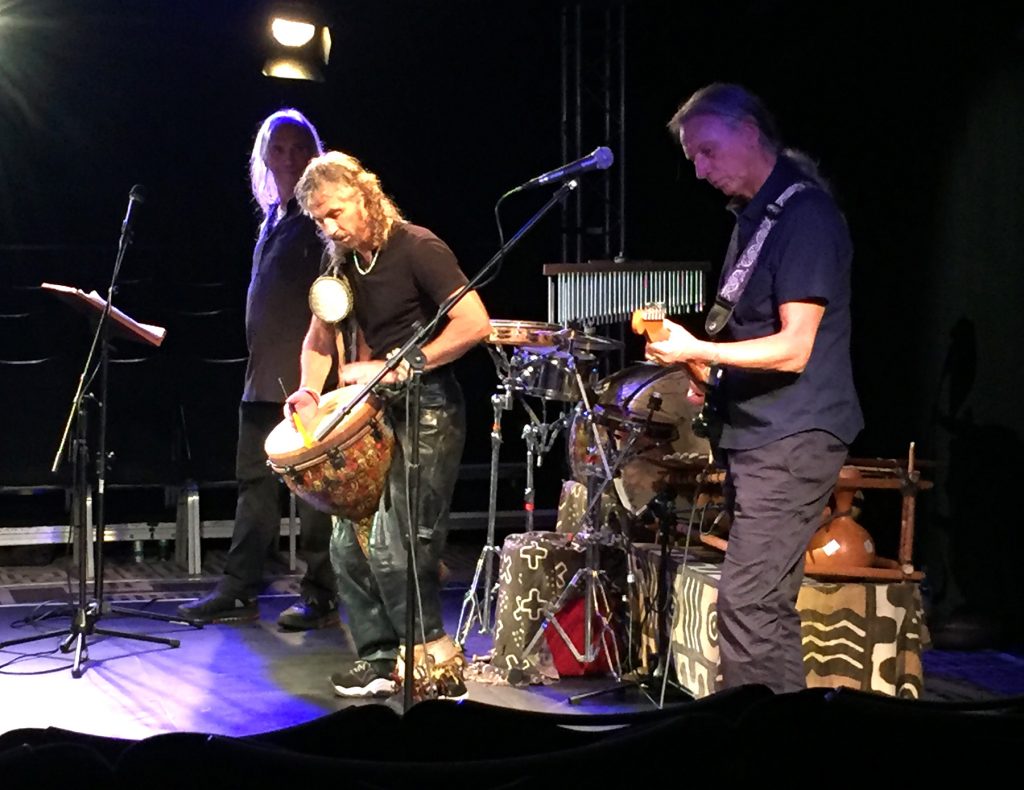 This weekend and next, two theater companies demonstrate, once again, the breadth and variety of Valley stages. In Greenfield, Silverthorne Theater Company opens a two-week run of “six unruly comedies” by America’s cheekiest stage satirist, Christopher Durang. In Northampton, Serious Play Theatre Ensemble makes a triumphant return from the Edinburgh Fringe Festival with a pair of pieces that marry words and music in unique ways.

Sheryl Stoodley, Serious Play’s founder/director, emailed me last month from Edinburgh, where two of her shows were playing in tandem. “No words can describe our experience here,” she wrote. “Feels like the world has opened up for us.” 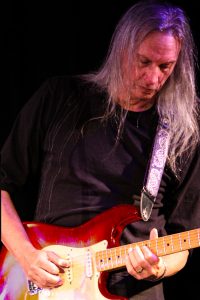 This was the company’s second Edinburgh outing. In 2016 John Sheldon’s sensational one-man musical autobiography, The Red Guitar, played there following its premiere in the Valley. His piece traverses pop-music history in a disarming first-person narrative about how “music basically saved my life,” illustrated with licks on his candy-apple-red Fender Stratocaster.

That show drew raves and inspired this summer’s return visit, bringing with it a new piece, Do It Now: Manual Override, in which Sheldon is joined by percussion virtuoso Tony Vacca and beat poet Paul Richmond in a politically potent collage of words and music.

Next weekend, both shows are coming home under the umbrella title Return from the Fringe, buoyed by enthusiastic reviews from the Scottish press. The Glasgow Herald, for example, described Do It Now as “part political rant, part history lesson and wholly musical … Sheldon’s guitar and Vacca’s percussion are brilliantly in sync … a serious call to (dis)arms leavened by moments of dark humour and highly charged musicianship.” 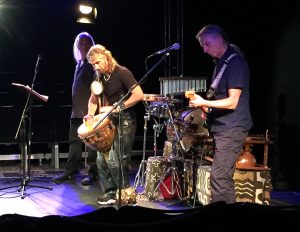 Since its first work-in-progress performances last spring, Stoodley told me, Do It Now has been further developed under her direction — tightened and focused, with added material including monologues by Sheldon and Vacca complementing Richmond’s spoken-word pieces. While Sheldon’s takes wry aim at cell phones’ monopoly of our time and attention (and the panic triggered by losing his), Vacca’s “Newark 1968” recalls the burning of his hometown in the wake of the assassination of Martin Luther King Jr. and connects to America’s ongoing epidemic of gun violence.

“The world has opened up” for Serious Play in a couple of ways. Building on the momentum from this year’s Fringe, plans are afoot to tour The Red Guitar internationally, and to expand Serious Play’s new Performance Exchange initiative, bringing acts from the festival to the Valley. Last year, contemporary Scottish musician Mairi Campbell was the first entry with her solo show Pulse. This summer at the Fringe she premiered Auld Lang Syne, a personal memoir built around Scotland’s most famous song, and Stoodley hopes to bring that one to us in the coming year.

Return from the Fringe, Oct. 5-6 at 7pm, Northampton Community Arts Trust, 33 Hawley St., $18 in advance from www.brownpapertickets.com, $20 at the door.

“Christopher Durang is the grand master of the one-act play,” says John Reese, who is currently directing half-a-dozen of them. Delectable Durang: A Collection of Six Unruly Comedies opens this weekend at Silverthorne Theater with a “mini-repertory company” of six playing two dozen roles.

Durang’s special gift, Reese observes, is “to push the limits of satiric comedy, with rich characters embroiled in grave circumstances. And yet while we laugh, we also reflect.” Durang is more than a jokester, though his plays are belly-laugh funny — impertinent and irreverent, but often shot through with a vein of anger or sadness. He grabs you by the funnybone till it starts to hurt.

His recurrent themes include Catholicism’s absurdities and hypocrisies (viz. Sister Mary Ignatius Explains It All for You, which begins as a lampoon and ends with two murders) and the theater. Much of Delectable Durang follows the latter path. Three of the scenes are theatrical send-ups, including one of his best-known pieces, The Actor’s Nightmare, in which a bewildered accountant finds himself backstage in a strange theater where he’s expected to go on in the lead roles of two different plays. 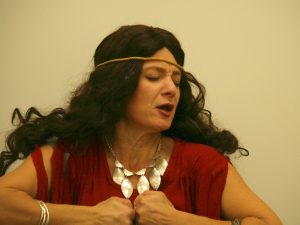 In Medea, which Durang co-wrote with Wendy Wasserstein when they were both students, Euripides’ Greek princess wonders if it’s appropriate to eat her children to get back at her philandering husband, egged on by a campy Chorus spouting self-help platitudes. For Whom the Southern Belle Tolls pulls a switch on Tennessee Williams’ The Glass Menagerie, turning shy, sensitive Laura into a teenage boy who treasures his collection of glass cocktail stirrers and whose older brother picks up sailors at the movies.

For Reese, the evening adds up to “an homage to the theater,” a theme that extends to the production itself. Onstage is also backstage, with props, costumes and scene changes in view of the audience. The six actors, he says, “fearlessly leap into Durang’s world of comic mayhem with emotional abandon and a bountiful sense of play.” They are Stephanie Carlson, Chris Devine, Corinne Elisabeth, Thom Griffin, Julian Findlay and Kimberly Salditt-Poulin.