Stagestruck: Two in the Berkshires – Naked & The Glass Menagerie 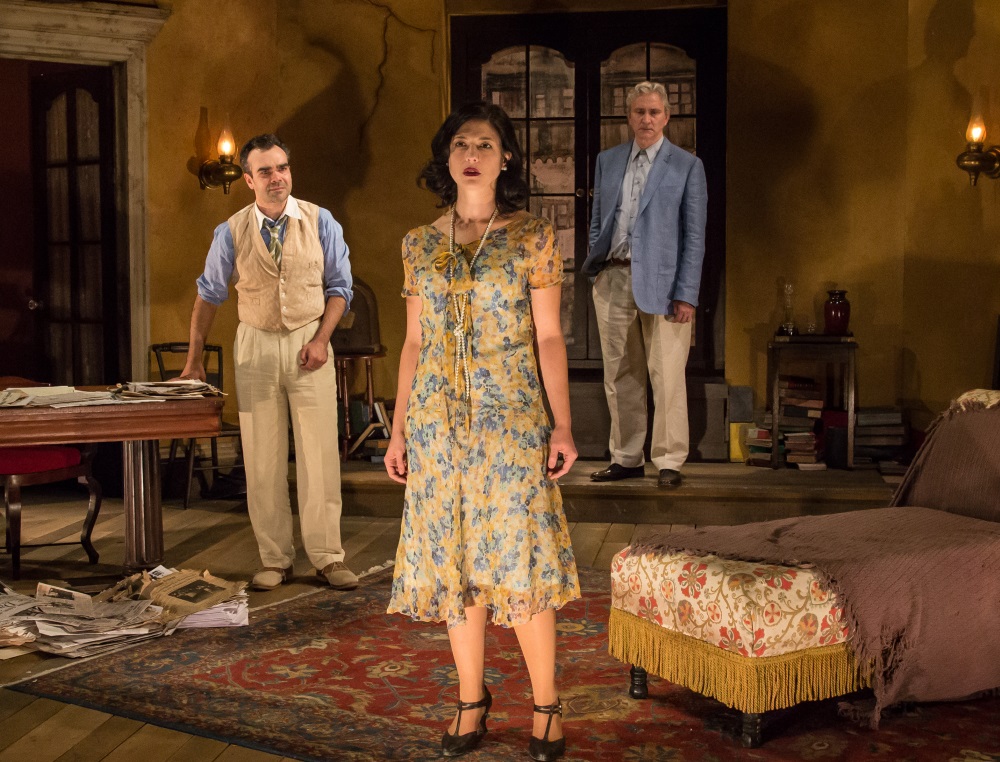 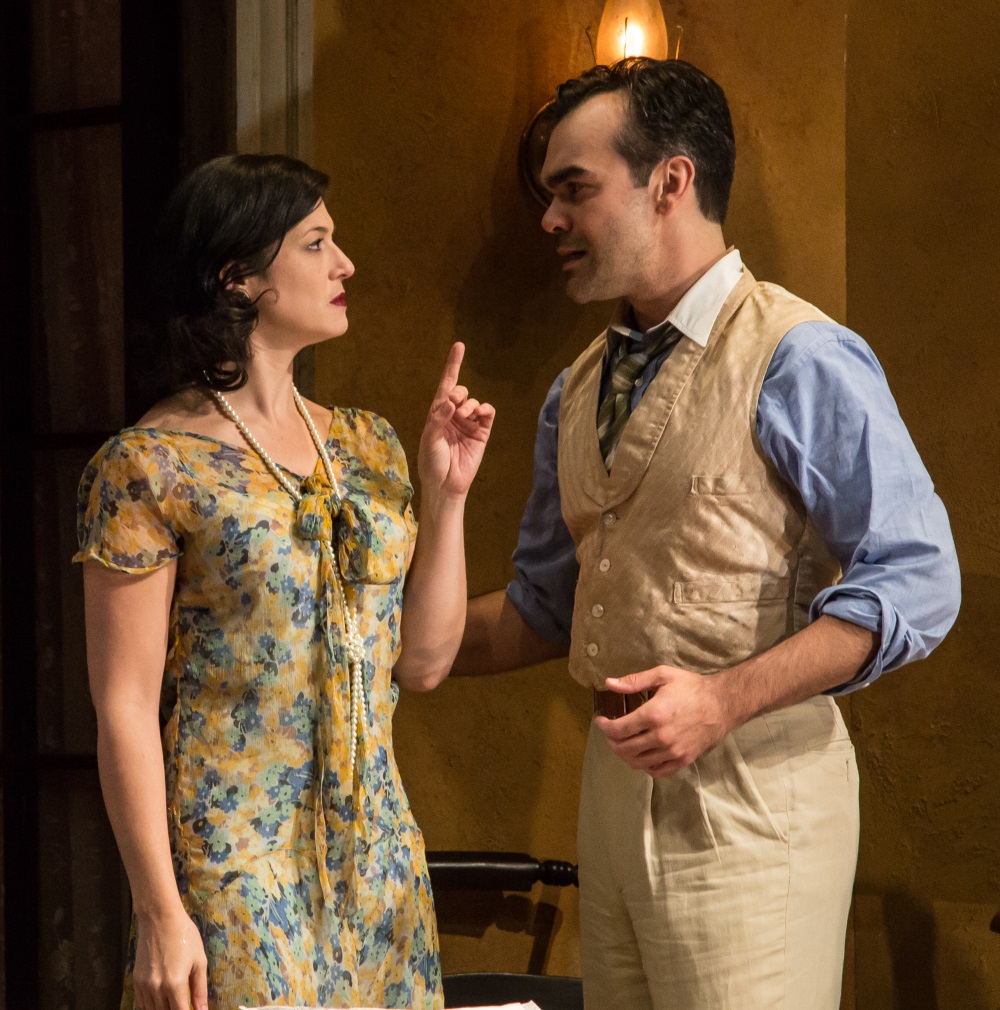 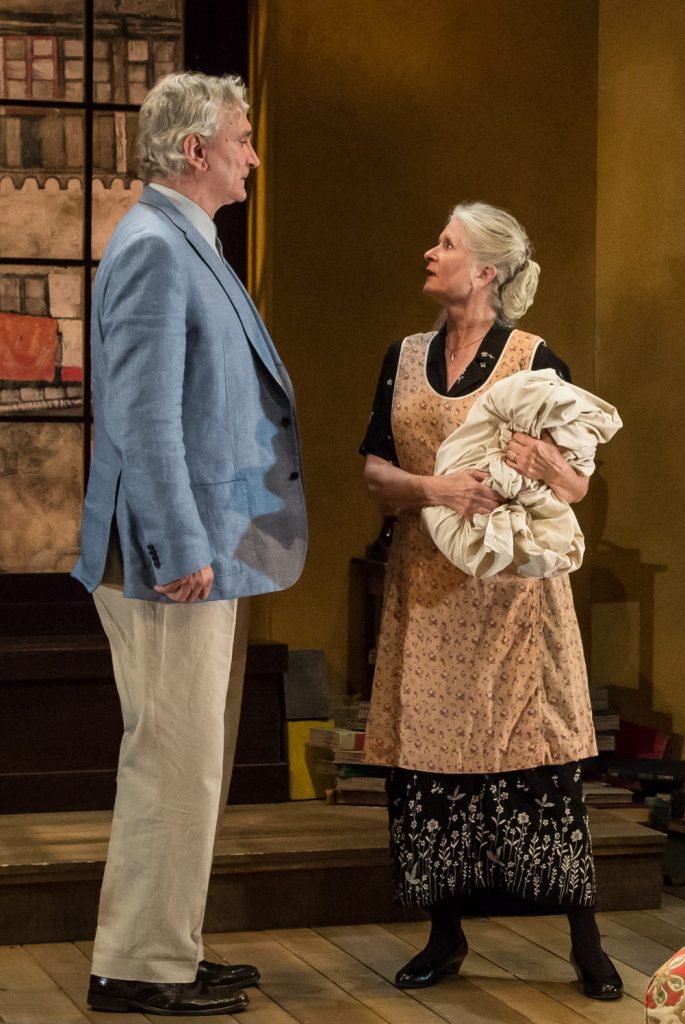 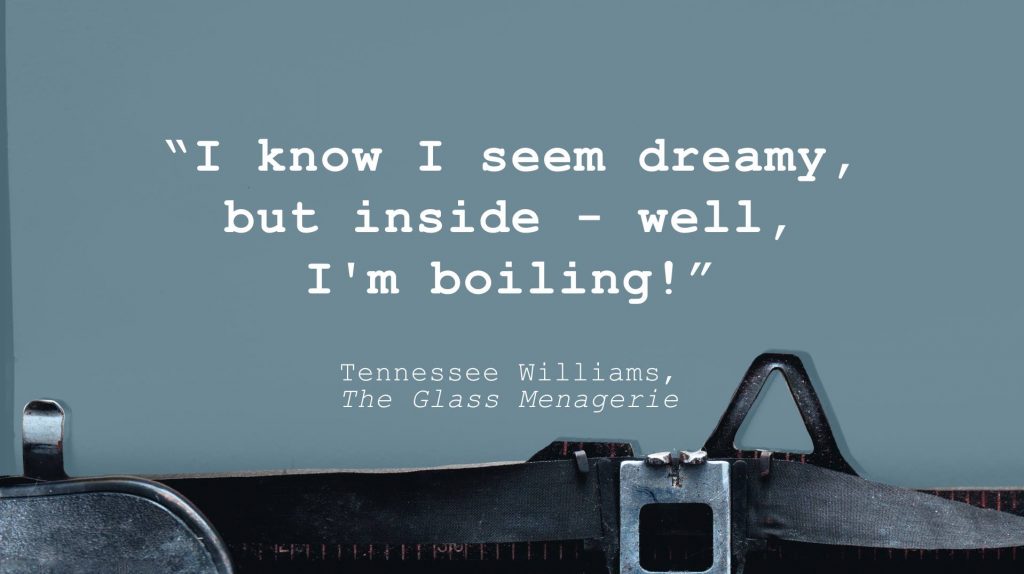 A desperate young woman, Ersilia Drei, has attempted suicide. From her hospital bed, she spins a heartrending, headline-grabbing story for an opportunistic reporter. His article draws a circle of interested parties into her twisting orbit:

The novelist who sees in her story the germ of a terrific plot and who takes her under his wing and, as he intends, into his bed. His landlady, who’s scandalized by the arrangement – until she recognizes Ersilia as the young woman in the newspaper (a celebrity!) then gets all motherly. The young naval officer who has loved Ersilia, then left her, and now wants her back. Her former employer, whose baby was accidentally killed, apparently through Ersilia’s negligence. 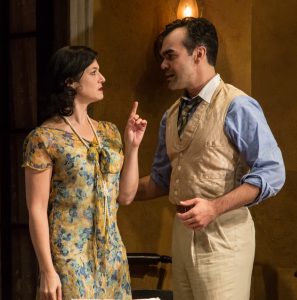 Luigi Pirandello’s Naked, in a crisp English version by Nicholas Wright, sensitively directed by Eric Hill, closes out the Berkshire Theatre Group’s 90th season. It plays through October 28 in the Unicorn Theatre in Stockbridge. First produced in 1922, Naked is a relatively unknown work. Nearly all of Pirandello’s work, in fact, is relatively unknown in this country, with the exception of Six Characters in Search of an Author. In a program note, Hill calls him “one of the most under-produced major playwrights of the 20th century.”

Perhaps this keenly observed production heralds a rebirth of interest in the Nobel-winning Italian playwright, as his thematic and stylistic focus is right up to date. Naked, like Six Characters and others, revolves around questions of identity and agency, power and class, as well as, perhaps centrally, illusion – all themes that vitally engage today’s dramatists. Pirandello was above all an unabashedly theatrical playwright, a pioneer of modern stagecraft who embraced the artifice of the stage, which speaks truth through illusion.

Randall Parsons’ set for this production, representing the novelist’s flat, underlines that artifice. Footlights cast dramatic shadows on the walls, and the cityscape visible through an open window is colorfully painted flat.

The performances, too, are just the other side of realistic. Tara Franklin lends a melodramatic tone to her performance as Ersilia (well, Pirandello did call his play “a melodrama,” using the genre itself as a commentary on its subject). It’s poignant and anguished, at first waiflike, then slowly revealing a brittle shell. 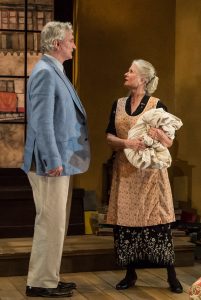 Likewise, Rocco Sisto’s Ludovico Nota, the novelist, is subtly mannered, a man overcompensating for a reputation – and ego – larger than his talent, indignant that his “story” is getting “mangled by the source material.” David Adkins, as the reporter, is slick and natty, a tabloid scribbler who fancies, and dresses, himself as a man of prestige (the period costumes are by Yoshi Tanokura). As the diplomat in whose household Ersilia served, Jeffrey Doornbos is rigid with dread over a guilty secret. Most “theatrical” of all is James Barry’s Franco, the faithless lover, whose remorse is tearful and near-violent.

Everyone projects their own needs and illusions onto Ersilia, including the landlady (a vigorous Barbara Sims), who feeds off her notoriety. Haley Aguero, a graduate of BTG’s community productions, does a commendable turn as the maid – the play’s only disinterested party.

The play’s original title is Clothing the Naked (Vestire gli ignudi), which becomes the central metaphor. We all clothe our vulnerability, our inner nakedness, in the stories we use to justify ourselves – to ourselves as well as others. Everyone here has their own version of this young woman’s story, constructed to suit their own sense of themselves – just as she herself has invented her own version of reality to protect herself from guilt and shame.

“All we want from life is to be treated with respect,” she says toward the end. “And the more we’re covered in filth, the more we long for something beautiful to wear.”

Reality and illusion also collide at Barrington Stage Company, where Tennessee Williams’ The Glass Menagerie plays through Oct. 21. In a video trailer for the show, director Julianne Boyd calls it “one of those classic plays that combines gorgeous lyricism with hard reality.” 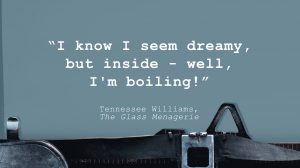 This “memory play,” first seen in 1944, launched Williams’ career and opened a brave new chapter in American drama. It turns on a triangle of desperation – Amanda Wingfield (Caitlin O’Connell), a faded Southern Belle desperately clinging to the past; her daughter Laura (Angela Janas), whose withered leg, painful shyness and dreamy fantasy life preclude the romance she desperately longs for; and Laura’s brother Tom (Mark H. Dold), desperate to escape his dead-end job and find himself as a poet (“I’m starting to boil inside,” he confides to us).

All three live on illusions, until the visit of a Gentleman Caller (Tyler Lansing Weeks) shatters them like the glass figurines in Laura’s collection.

In the video, Janas says that even though the play is over 70 years old, “I feel there still aren’t that many young women characters who are as raw and vulnerable and full of imagination and fragility as Laura is.” Weeks finishes the thought: “I think that’s because Tennessee Williams was brave enough to put a lot of himself and a lot of his family into it.”