Stagestruck Weekend: Coming Back to Life, in the (413) 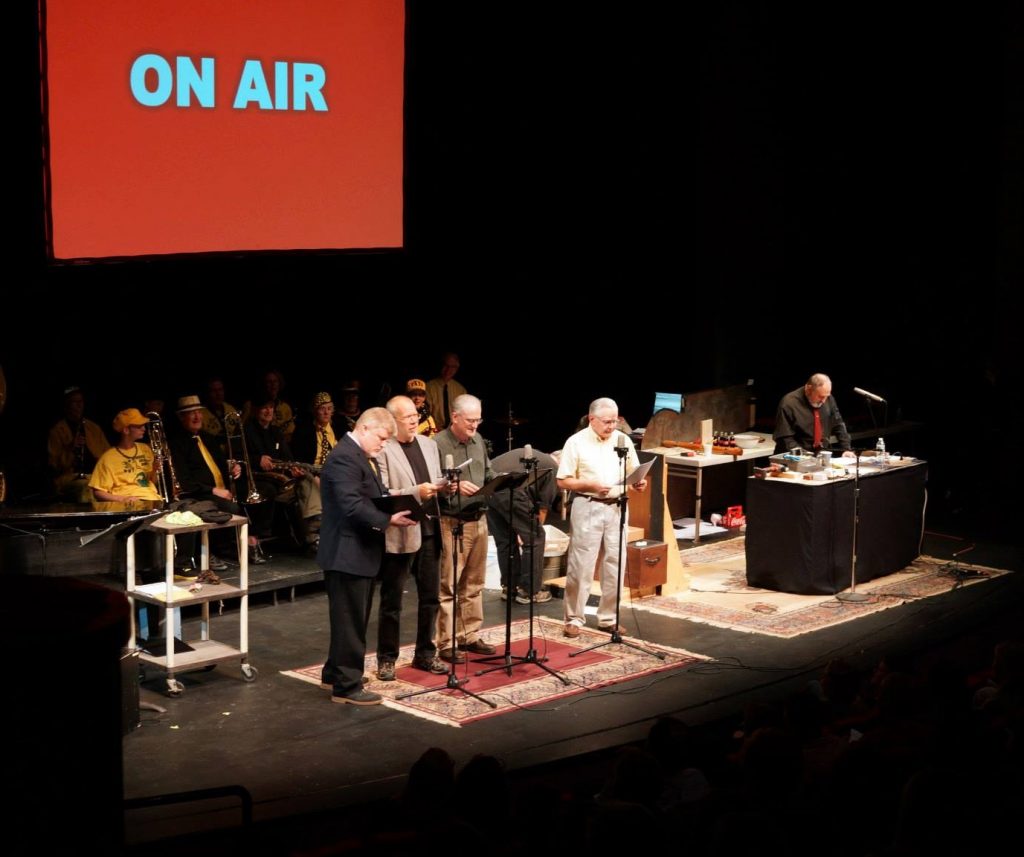 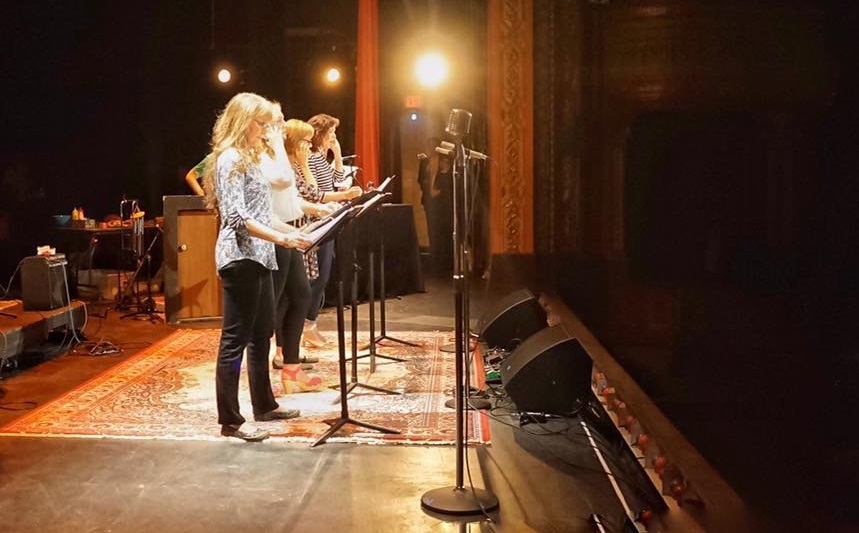 In the past, Life in the (413), New Century Theatre’s live-on-stage roast of all things Valley, was aimed at boosting its upcoming summer program. The sixth iteration, at the Academy of Music on Sunday, is aimed at reviving the company after its sudden collapse a year ago and the cancellation of this year’s season.

“New Century Theatre has been a part of our home for 28 years and we hope to see it continue,” says Jarice Hanson, the show’s producer. “Life in the (413) is a community event, put on by the acting and musical family and friends of New Century Theatre. Our goal is to see that a thriving artistic community still lives and breathes in this place we call ‘home’ in the (413).”

Indeed, “Home” is the theme of this year’s show, which, as always, is formatted as an old-time radio variety show with satirical skits, songs and live sound effects. Most of the writers and performers are local residents, but there’s a contingent of NCT veterans who now have careers in Boston or New York but look homeward to the Valley and think of NCT as an artistic family.

“We realized what ‘413’ symbolizes to many of us, whether we reside here or pass through and still find this to be the kind of place that makes us feel as though we’re home,” Hanson says. One of the prodigal sons returning for the show is Buzz Roddy, a long-time NCT audience favorite, this time taking the role of Master of Ceremonies. NCT’s artistic director, Sam Rush, mans the sound-effects table. 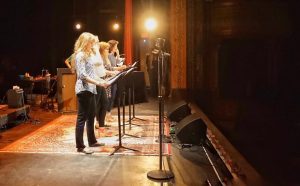 An ad hoc troupe of some 50 writers, directors, actors and musicians has been assembled for the event, plus a couple of local luminaries. Five short plays, each set in a different Valley locale, form the backbone of the evening.

Youth power plays a role in two of them. In “Saturday Market,” by Ellen Wittlinger, a teacher discovers her students have taken her social justice class to heart – and the street – and “The Book Club,” by Stephanie Carlson, finds over-indulgent parents over-organizing their kids. Mayor Nicole LaChappelle of Easthampton has a “leadership” role in the piece.

“Triple Bill,” by Jonathan Caws-Elwitt, imagines a collision of the Valley’s social, artistic and sporting circles, with Mayor David Narkewicz of Northampton presiding over a Ping-Pong club. “413: Just-4-You,” by Jarice Hanson and Frank Aronson, takes a cock-eyed look at modern matchmaking, and “Gadsudlikens! A Most Profane and Lamentable Comedy of The Commons,” by “prodigal son” John Grassilli, is the semi-factual recreation an early town meeting.

For Sam Rush, this iteration of Life in the (413) represents a new beginning for the theater he co-founded in 1991. The rebuilding process will continue in the coming months, with readings, special events and “targeted fund raising, so that we can mount a season in 2019.”