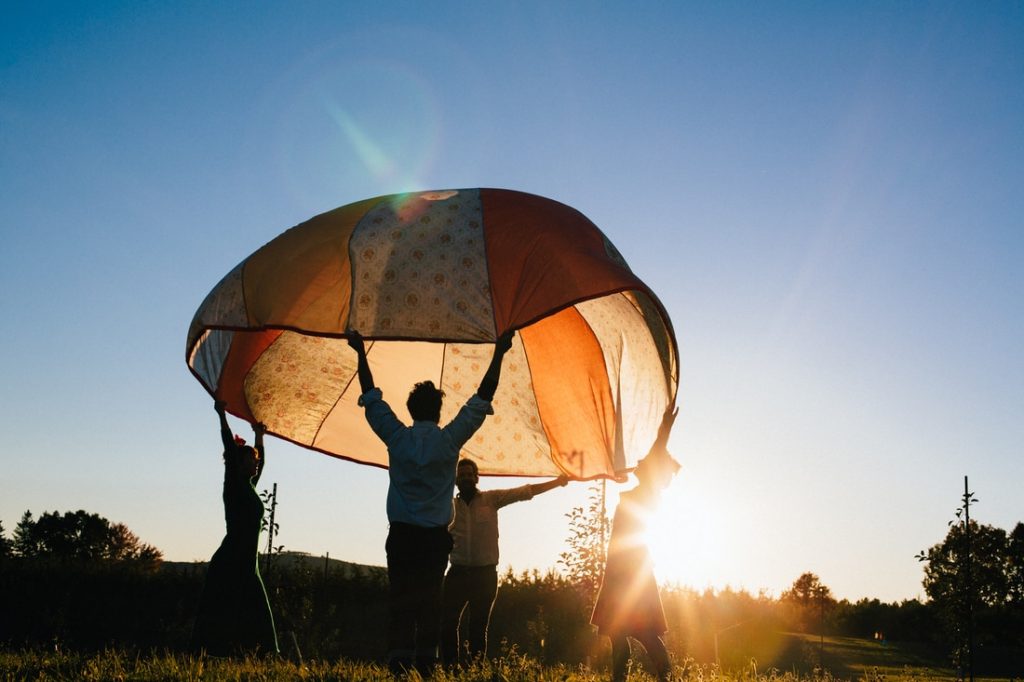 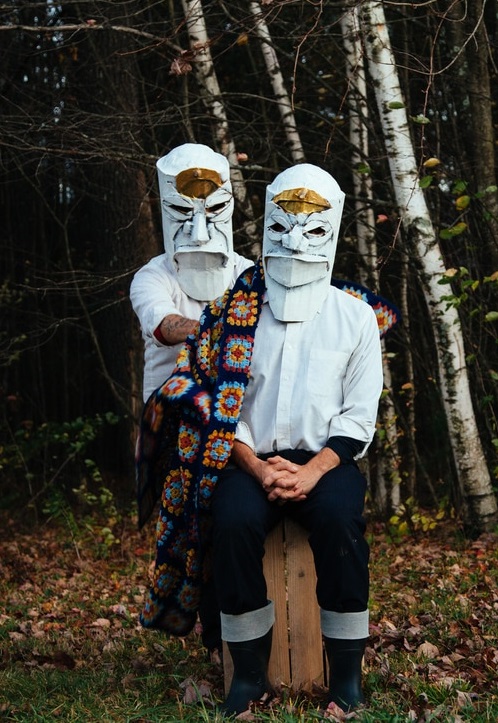 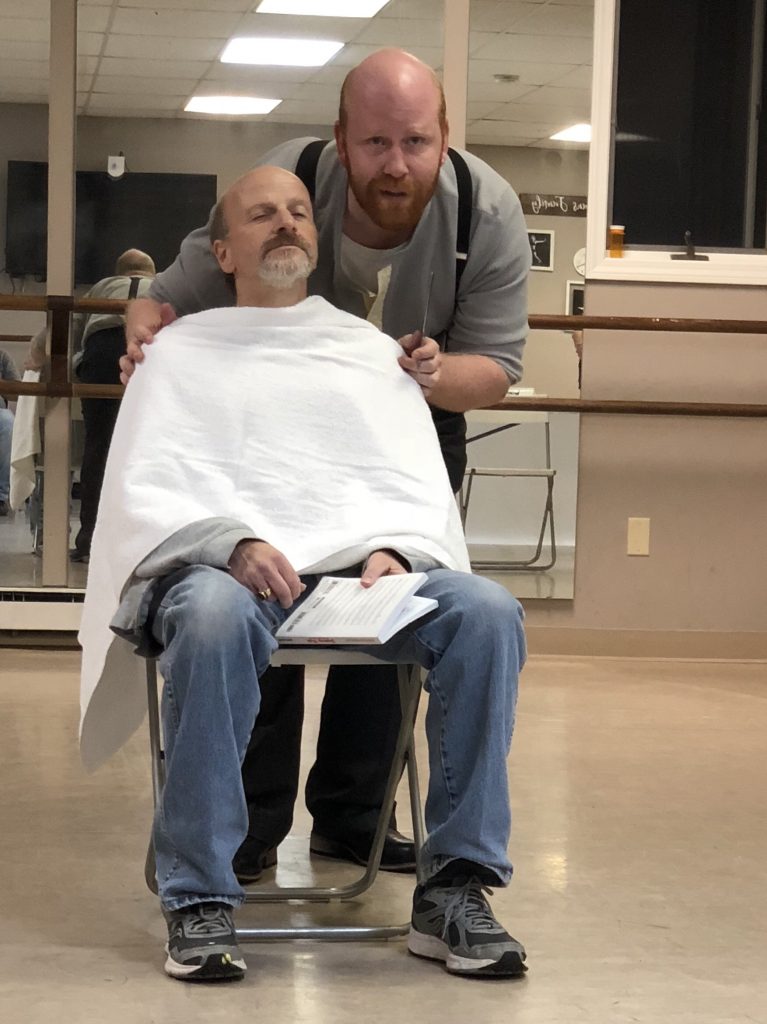 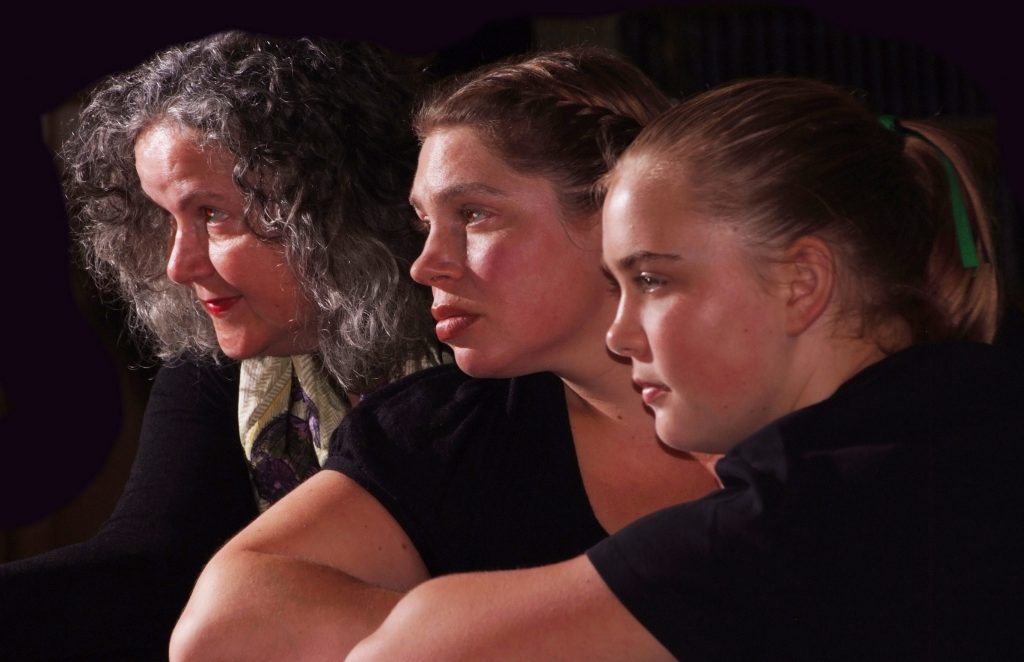 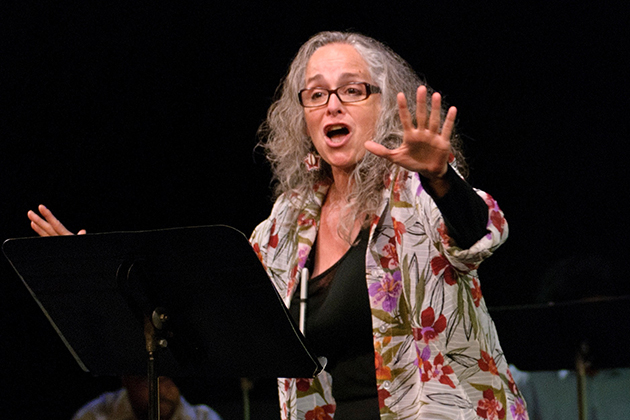 A demon barber, a cockroach killer, a charitable speller, a balletic frog. This month, up and down the Valley, indoors and out, intimate and expansive, there’s a seasonal bounty of performances to choose from.

The Royal Frog Ballet is an  “amoeba of collaborators” who “create performance and installation art for community gatherings.” This weekend and next, Oct. 12-14 and 19- 21 at 5pm, the group’s tenth annual Surrealist Cabaret strolls into Easthampton. 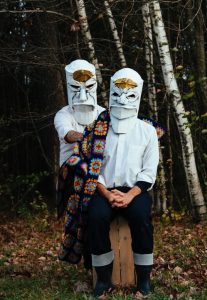 Courtesy of The Royal Frog Ballet

It is, we’re told, “a folky, comedic and ritualistic evening for all ages … a walking performance and installation event” that takes audiences along an autumnal trail in Park Hill Orchard for chance encounters with “a surreal collection of short stories, dance, sculpture, music and roving characters that explore and celebrate themes of season, place and what it means to be human in these times.”

In line with the Royal Frog collective’s principle that “our individual and community health and survival is intertwined with that of all people and communities,” reduced-rate tickets are available to low-income attendees, along with a novel “buy a ticket for the community” scheme, inviting full-price patrons to add a donation to their purchase. theroyalfrogballet.com.

This is an outdoor, rain-or-shine event, so bring boots, a warm sweater and, just in case, an umbrella. 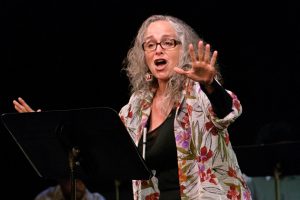 A few years back, Pregones, the Puerto Rican Traveling Theater, adapted the work of Magdalena Gómez, poet, playwright and founder of Springfield’s Teatro V!da, into a bilingual musical. It’s called Dancing in My Cockroach Killers. Now Pregones, headquartered in the Bronx and directed by artistic director Rosalba Rolón, is bringing it to Holyoke.

Gómez’s sharp, witty verse charts the Nuyorican experience, with cascades of Latin music from a three-piece onstage band led by Desmar Guevara. Most of the dialogue is in English, with supertitles translating Spanish-language sections.

The local performances, Oct. 12-14, are presented by the MIFA Festival of the Arts at the Palante Pop-Up Theater, 413 Main Street, Holyoke.  mifafestival.org. 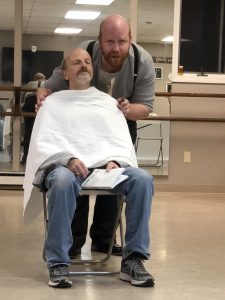 It’s Stephen Sondheim’s grand guignol, Sweeney Todd: The Demon Barber of Fleet Street. The “musical thriller” tells the grisly tale of a London barber unjustly imprisoned, who returns to wreak mad vengeance on a parade of customers with the aid of a straight razor and a shopkeeper in need of fresh ingredients for her meat pies.

K and E are Ken Comia and Eddie Zitka, who, as Comia told me, want to “promote performance art, with shows that tell stories celebrating emotion that continues to feed our human spirit.” Zitka, who directs Sweeney Todd, is a long-time veteran of Valley musicals. This production is a scaled-down version of a show that usually fields a cast of over two dozen, with an ensemble of 12 led by Shawn O’Keefe as the demon barber and Paula Cortis as his pie-making accomplice.

Coincidentally, the Exit 7 Players in Ludlow are mounting Sweeney Todd, with a full complement of 27 performers, over three weekends this month.

Lee Blessing is one of my favorite playwrights, and Eleemosynary is one of my favorite plays of his. His lightness of touch, warmth of feeling and ear for the roundabout, stop-and-go ways we communicate — or fail to — are all embodied in this examination of three wildly dissimilar but inextricably connected women confronting the world, their own femininity and each other. 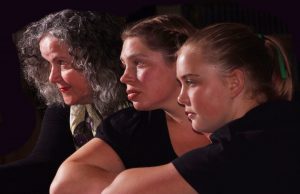 They are Dorothea, “one of the great eccentrics of her time,” her daughter Artie, who has rebelled against her mother’s suffocating free-spiritedness, and Artie’s daughter Echo, whose ambition is to be national spelling-bee champion. (Thus the double-meaning title — eleemosynary, one of the uncommon words she memorizes, means “charitable,” a quality all three women strive for with varying success.)

The production, from Sondra Radosh’s Spindrift Theatre, features Kay Lyons, Rachel Roy and Rory Cronen-Townsend. It plays Oct. 19-20 at 7:30pm and 20-21 at 2pm, in the Deerfield Community Center in Historic Deerfield. Tickets at the door.