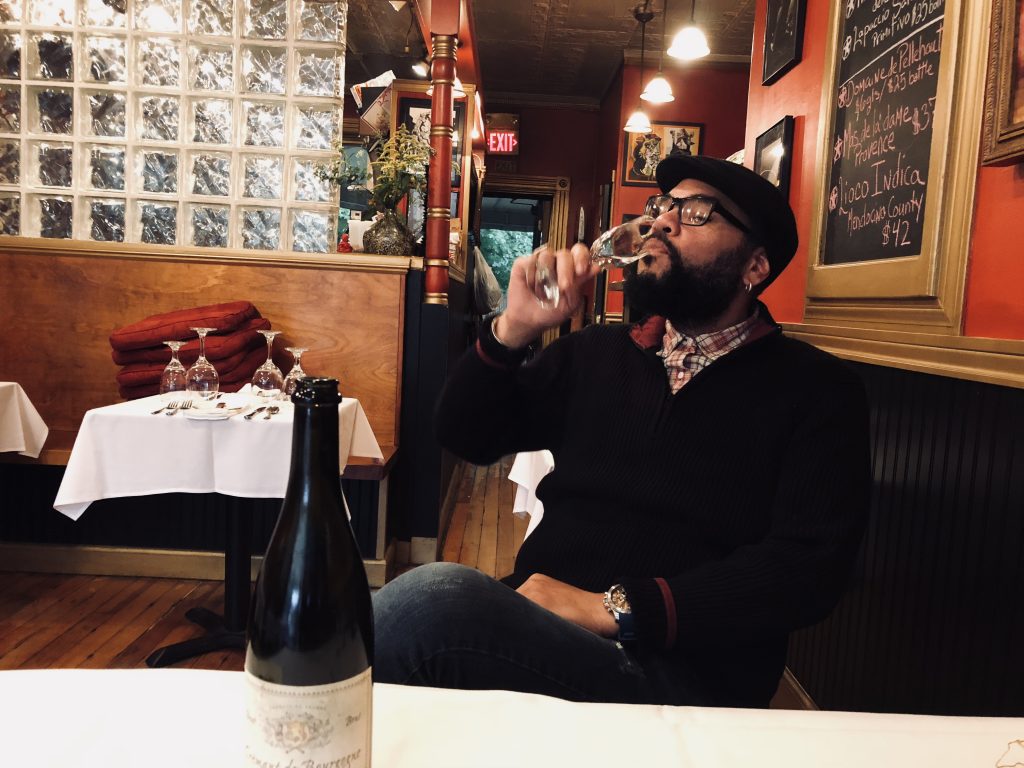 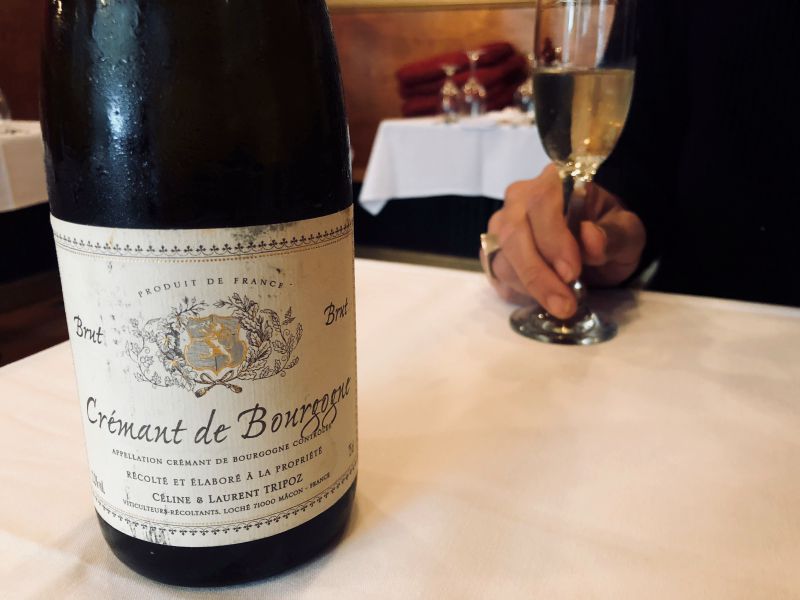 “It’s a white boys’ game, dude. When I first went to take the somm exam, I had this idea that there is going to be one other black person there and it’s going to be a woman. And there’ll be, like, two Indian guys and everyone else will be white. There was actually one other black guy. One guy who came up from Brazil. One black woman. And three guys from Asia. Out of 70 people.”

Wine may be a white boys’ game (says this white boy with a wine column), but Michaelangelo Wescott, chef owner of Gypsy Apple in Shelburne Falls, is rewriting the rules of that game to his liking. He just passed the introductory course and examination from the Court of Master Sommeliers. I first learned of Michaelangelo’s deep love of vino while chatting with him before the Pixies concert at John M. Greene Hall last year. Then I caught him on the street in Northampton about a week before the exam with a book about wine under his arm. “I have that wine book here, man,” he says, “I’m going to continue studying because I want to go as far as I can go.”

I met with him at his tiny, exquisite, eight-table restaurant on Bridge St. in Shelburne Falls and we talked about his wine journey over a bottle of Crémant de Bourgogne. I drank more of that bottle than he did. “I love your enthusiasm,” he says. He can call it enthusiasm. Some people call it alcoholism. 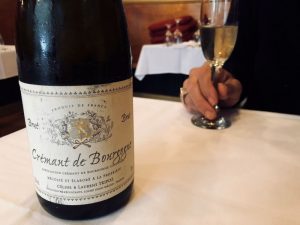 Michaelangelo is not unlike his Renaissance painter and Ninja Turtle namesakes; He’s a “party dude,” radiating style, panache, a healthy dose of bravado, and a touch of mad genius. Por exemplo, his children are named after Siddhartha and Che Guevara and also Tupac Shakur. And he’s a cancer survivor. We drank together and solved the problems of the world (nuclear warfare, mean people, Chinese dominance in the wine world, the benefits of cooking with MSG-the cocaine of spices, also racism).

“If only it was that simple, Monte.”

Michaelangelo is already a well-loved Valley chef. And he already owns a restaurant. So, why go to Boston for a two-day intensive course and take the test to become a sommelier? “I wanted to do something that adds to my own personal resources,” he says, “Everyone that likes wine knows a little bit about wine, but it’s interesting to really study wine. I feel like I need to crush more.” I asked him what the sommelier test was like.

“There’s a service demo. It’s all multiple choice. 70 questions. And there’s what’s called a deductive tasting.” He looks into the glass he is drinking with me and examines it. “This is not Cabernet. Looking at the wine, just the visual, can tell you a lot. If you can see your watch through the wine, it’s not gonna be a Nebiolo or Carmenere. It’s crazy, man, after a while you figure out how to smell wood. Whether the wine has seen wood. Then you taste something from France that is, like, neutral wood as opposed to this brand new wood. It’s crazy to know just that alone. It’s like being a ninja. Who doesn’t want to be a wine ninja?” A wine ninja named Michaelangelo, nonetheless. After passing his first level somm exam, he is at the very least a wine Genin (1st level ninja). But wine was not his first culinary martial art.

“Food came first. I’ve been in this game for 30 years.” He says, “I grew up in Brooklyn. My father ran a bodega. I cooked a lot of rice and beans, fried pork chops, really simple stuff.” His mother came from the French West Indies, and Michaelangelo views his mom’s cooking like so many offspring do, with nostalgic fondness. But neither his mom nor his dad were wine folks.  “I came from a non-wine family,” he says, “When my mom talked about wine, she was talking about Manischewitz. Brooklyn’s always been diverse. Now with the gentrification … But back in the day, Brooklyn was the spot. I’d have Jewish friends and their moms would be making latkes. My good friend Joe’s mom was always making chicken cutlets. We’d go pick up chicken from the butcher. A lot of that died out, but it’s back now. I’d rather shop that way than go to a big- box store. But I remember watching these families and they would always celebrate wine. My mother would get what she called ‘cask wine’ and she’d put sugar in it.”

Wine snobs read this and shudder. How did this Brooklyn-bodega rice and beans cook fall in love with finely fermented grapes? “I remember the first amazing bottle of wine I had. It was Italian. It was something I had never heard of. I learned later it was Sangiovese. I realized how different wine was and I was like ‘holy crap.’ I thought, at the time, I preferred Italian over French wines. My mother being from the French West Indies…” Given that she put sugar in her wine, how can you blame him?

Michaelangelo has been a chef here in the Valley for a quarter century now, and his tastes have evolved from bodega fare and wine with sugar in it. “I conjured up this cool beet salad with local beets and Vermont yogurt, shaved apricot, homemade peppered granola, and fresh garden herbs. The one wine that really goes with it is the Gavi. I’ve also paired it with my house wine, which is a Pinot Grigio.”

As you may know, dear reader, I’m generally not a fan of Pinot Grigio. Unless it’s from Northern Italy or Alsace. “I love Alsatian whites,” says the chef, “Bordeauxs and Burgundies … the last year and a half, I’ve been really obsessed. The history. The techniques being used. I had my first white Beaujolais the other day. It’s like seeing that white buffalo. Holy shit. I’m obsessing about it right now. And I fucking love Austrian Blaufränkisch.”

All of Michaelangelo’s obsessions may not be available on the Gypsy Apple list. “I’m a very small restaurant. I can’t fit 100 wines on my list. I can offer you 50 wines. For an eight-table restaurant, that’s quite a bit.”

And maybe someday, he’ll even have some of his own signature wines on his list. He is so wine-obsessed, he is growing his own grapes and making his own wine. “Well, I’m not making it yet,” he says, “I grow grapes. But with the bacteria it’s tough. I’m not spraying them or anything. I thought this might be the year, but I’m not sure. I’m growing Cab Franc and Vidal Blanc, which really do well in this climate. They look gorgeous early in the season, but as the season goes by, the bacteria… Plus the beetles love them. If I do make some this year, I think I would only make like 12 bottles.” Given how deeply and passionately he dives into the vines, I bet that case would be a wonder to behold.

So, does Chef Michaelangelo Wescott feel any different now that he passed his first test and is officially a somm? “I feel a little different,” he says “I feel like I need to crush more. I need to crush the second, the third and, who knows, maybe the fourth?” I will be eager to sit across from him at one of his eight tables, with a bottle of crushed grapes, to chronicle in this column how he continues to crush it.