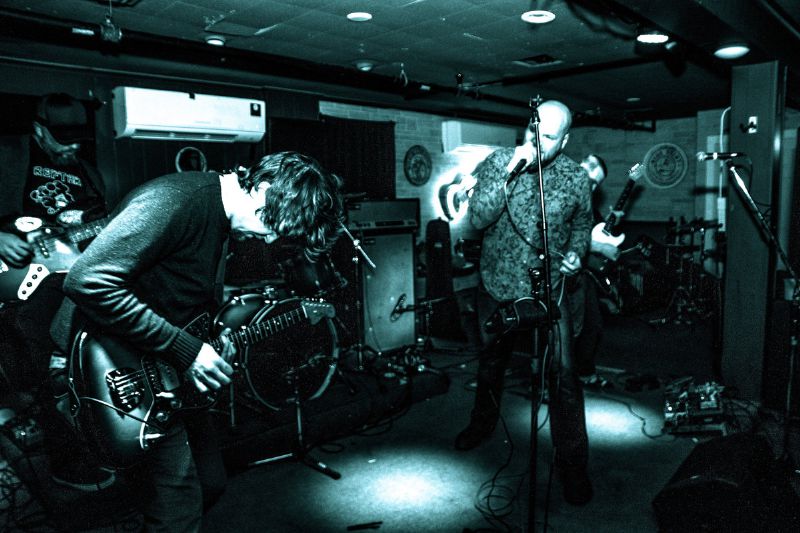 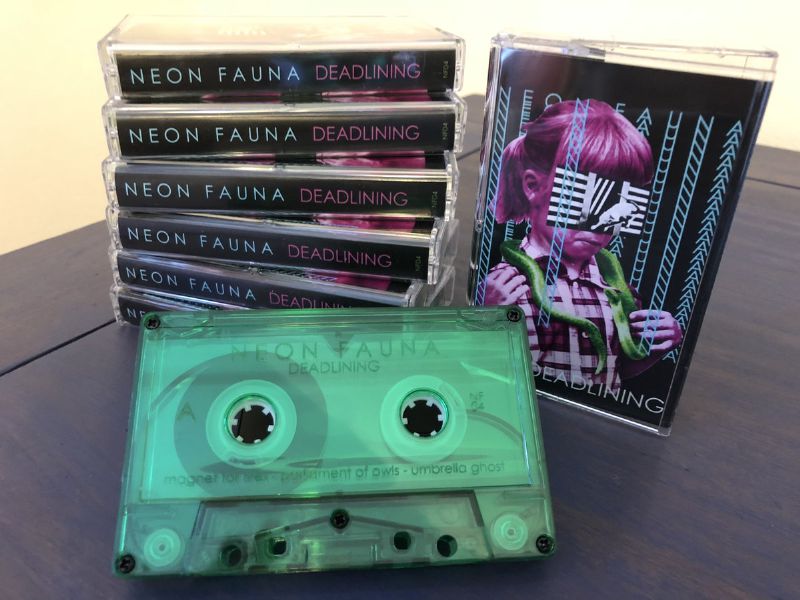 On January 13, 2017, Neon Fauna played a gig at 13th Floor Music Lounge in Florence in the midst of recording sessions for the full-length album “Drag Beach.” Like all of their shows, the band felt it was a burst of energy and thought of bootlegging it. Sound engineer guru, Rob Ives “Robo Sound” usually records the multi-tracks for shows at the venue, so the band later asked him for some of the tracks.

They brought the selected six tracks to producer Chris “Zuess” Harris and he mixed the tunes to produce the live EP “Deadlining.” They decided on releasing the exclusive, limited edition on cassette tape only as a part of Cassette Store Day 2018. 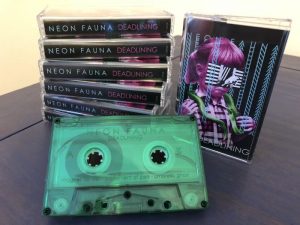 “Some of us in the band have been around long enough to remember when cassette tapes were the primary method of purchasing music,” said drummer Dave Mikcoda. “Beyond official releases, cassettes were the primary way to circulate bootleg live recording of bands back in the 80’s and early 90’s.”

The return of vinyl in the past few years has been an enormous success. Cassettes are the new comeback and I’ve seen many local bands joining in to release these collectible pieces of work.

“This release sort of has that raw quality to it. It’s just us playing with mics set up, going for it,” said Dave. They considered it an official bootleg and because of that, they thought it was fitting to release it as a cassette.

The actual cassette is a work of art in itself. It’s a transparent green with an engraved Neon Fauna “Deadlining” logo. The Norelco case comes with a nice package inside with a track list and the album artwork designed by vocalist Tony DeNucce. Tony does all the artwork for Neon Fauna and each musical adventure is equipped with unique and striking art, perfect for a collectible piece as well. “The art design is taken as seriously as the music.”

But don’t fear! If you only want it as an art piece, but do not have a cassette deck available to listen to it, the tape comes with a digital download code with lifetime streaming through Bandcamp. It will also be available on other digital music platforms such as Spotify, Apple Music, etc. The physical copy is available, starting October 13, on neonfauna.bandcamp.com but you can also check out a merch table at one of their shows, while the cassettes last.

“Physical music releases are really becoming a ‘boutique industry’ …  something for the most passionate fans to collect,” Dave mentioned, “so that carries more weight than ‘is this a format that will get used by most people?’”

It’s true, I tend to listen to the majority of my music in my car while I’m commuting, hooked up to my phone. But I also have a stack of CDs that are planted in my car. I think the last time I listened to a cassette tape was maybe 20 years ago — I’m more of the vinyl collector/listener — BUT that doesn’t stop me from snagging a cassette just to have them as a novelty on display. 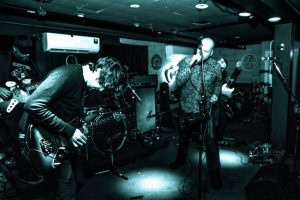 The Easthampton psychedelic stoner rock that is Neon Fauna also released their first official full-length album “Drag Beach” on CD, digital AND a beautiful “moldy orange” vinyl last December. It was produced locally by Chris Daniele of Yucky Studios, and the band self-released it. So make sure to check that out as well. You can read more on that album on my website, www.valleyshowgirl.com.

The band’s next gig will be performing at one of the Reanimate the Baystate series at The Sierra Grille in Northampton on Thursday, November 15; they’ll share the stage with Ham County Roller Girls and Clementine. Sooooo, if you need that cassette before they are gone, or pick up “Drag Beach,” or both, that’ll be the place to be.

Speaking of October 13, AND the 13th Floor Music Lounge, the next Valley Show Girl presents show there on that date will feature Bunnies, Pussyvision, Left Hand Backwards and Smartyr. 9 p.m., $7 and a Halloween show! So dress up if you wish!