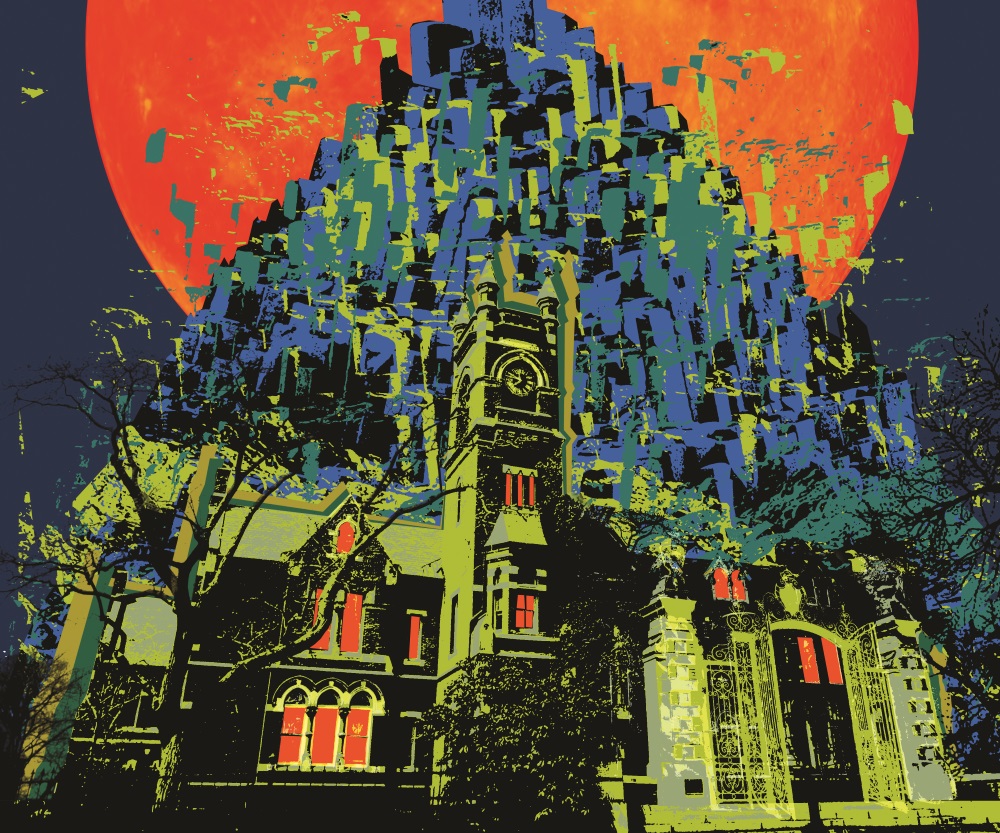 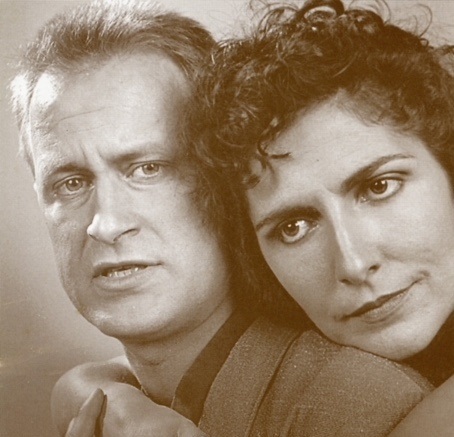 Two moonlit pieces of music theater hit Valley stages this weekend. The Smith College Theatre Department premieres Moonlight on the Miskatonic, a musical based on the creepy tales of H. P. Lovecraft. And Pilgrim Theatre revives Moon Over Dark Street, a cabaret of songs by the jaunty genius Bertolt Brecht.

“H.P. Lovecraft was unacknowledged in his time, but he is now regarded as one of the great writers of weird, terrifying, spooky stories,” says Ellen Kaplan in a video trailer for Moonlight on the Miskatonic. She’s directing the musical, which receives its world premiere in Theatre 14 at Smith College, Oct. 19-20 and 25-27 (no coincidence that it’s just before Halloween).

The piece grew out of the discovery by Kaplan and the Music Department’s Clifton J. Noble that they are both fans of the chilling tale-spinner. Noble wrote the music and lyrics, with a book by his daughter, Samantha Noble, a 2012 Smith graduate.

It takes place at the fictional Miskatonic University in fictional Arkham, Mass., where several of Lovecraft’s stories are set. (“But it’s really Smith College,” Kaplan admits.) The plot draws from several Lovecraft works, especially “Shadow Out Of Time,” which imagines a “library city” containing all of human – and extraterrestrial – knowledge.

In the video, costumer Abby Weaver remarks that “Lovecraft’s monsters are all his weird freaky anxieties, but in this show they’re represented as institutional evil. Haven’t we all felt like higher education hides a lot of monsters under the surface?”

The story unfolds on Reunion Weekend, as four alums slowly discover that the ivy-covered walls hide more than bricks. As Kaplan explains, “This musical is a kind of balance between a romantic story of friends getting back together, relationships being rekindled, and this horror that lurks.”

“There’s no gore or violence in Lovecraft,” the composer observes. “He never shows you anything, always hinting at what might be happening.” His music, he says, reflects the eerie atmospherics. “We want the audience to feel, ‘Ah, this is pleasant, but something is wrong. No, that can’t possibly be what’s going on. Oh, no, it really is.’ I love that kind of suspense.”

Songs weave through all of Brecht’s plays, part of his “epic theater” approach to stagecraft. They comment on and provide metaphors for the action, but also stand alone as musical statements – heartfelt, defiant, and ever-witty. His best-known song nowadays is “Mack the Knife,” from his best-known musical, The Threepenny Opera, written with composer Kurt Weill. 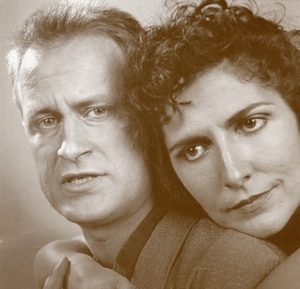 That one, and lots more from Brecht’s output over four decades, are performed by Kermit Dunkelberg (who’s sometimes termed a “Brecht lookalike”) and Belle Linda Halpern in Moon Over Dark Street, coming to the Shea Theater Arts Center in Turners Falls, Oct. 19-21. The tunes are by Weill and Hanns Eisler, Brecht’s other frequent collaborator, with accompaniment by jazz pianist Ron Roy. The show also includes some spoken pieces, including the famous poke in the eye Brecht gave to the infamous House UnAmerican Activities Committee, and scenes from his anti-Nazi play The Private Lives of the Master Race (aka Fear and Misery of the Third Reich).

Kim Mancuso, artistic director of the Valley-based Pilgrim Theatre, told me, “These songs have a lot to say to and about the present. Brecht and his artistic collaborators spoke out during the years of the rise of Hitler to power. The material is raw and edgy, powerful, poignant, sexy, boozy. Plus, the music is catchy – with a bite!”

In a program note, Dunkelberg adds, “The songs do not just depict reality. They are meant to demonstrate that ‘reality’ can be changed. And yet, the persistence of racism, sexism, oppression, and violence in our own time show that the vigilance and resistance exemplified in the work of Brecht and his collaborators is still a vital source of provocation and motivation.”

First staged in the 1990s, Moon Over Dark Street was revived this past summer in Gloucester Stage Company’s Never Dark series. “The audience response was terrific,” said Mancuso, prompting Pilgrim to bring it home this month. The title may be a tip of the hat to the summer series, as well as a pun on a line from Threepenny, “You see the moon over Dock Street?” – a glimmer of hope shining on dark times.