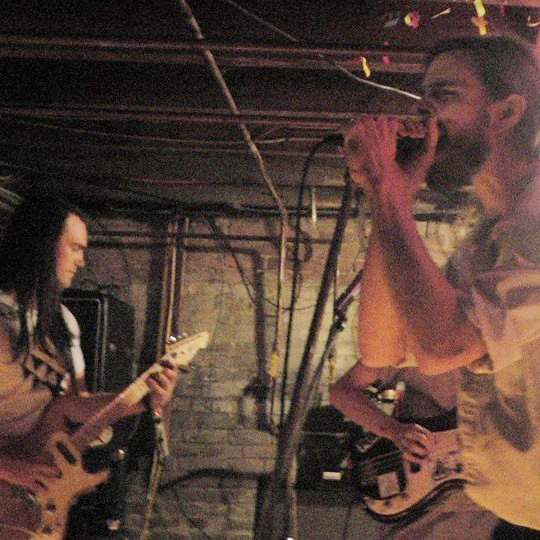 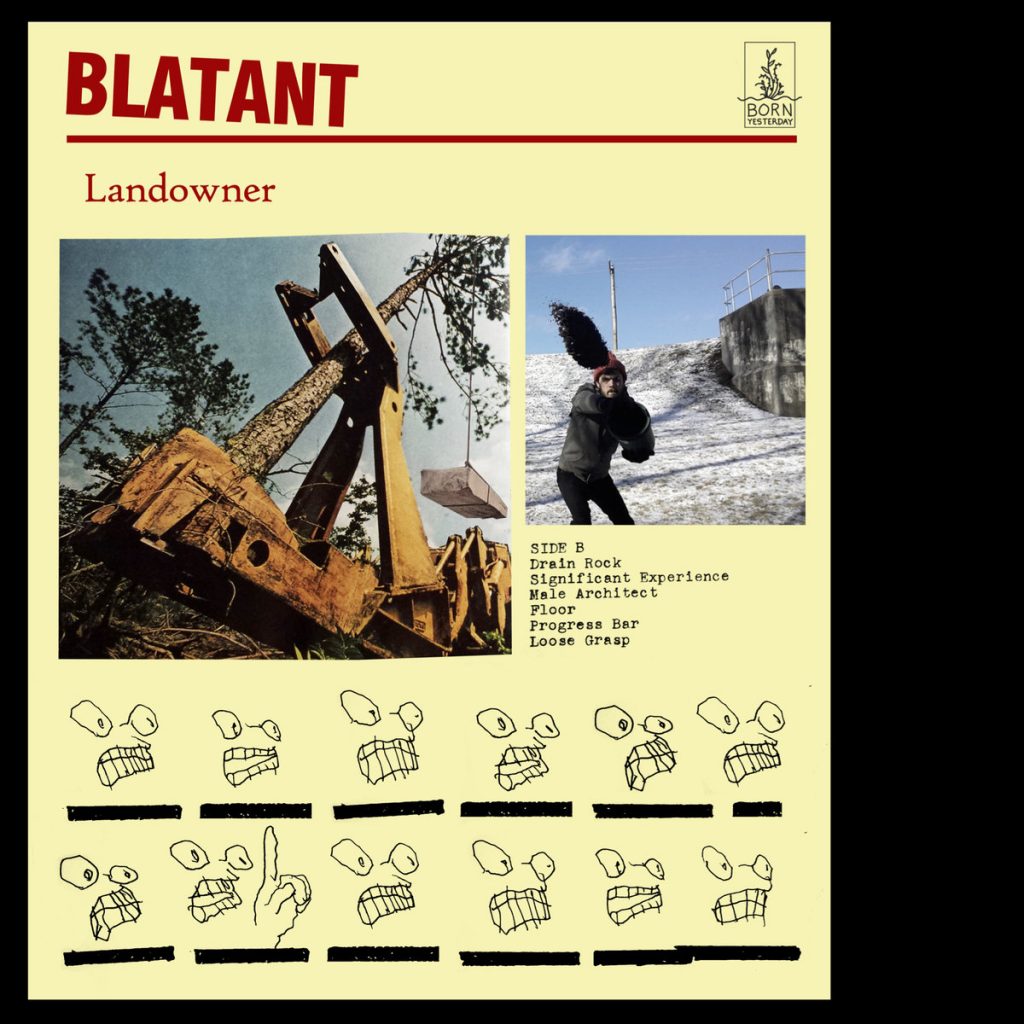 Self described “weak hardcore” band Landowner leaves few stones unturned in skewering today’s tattered state of affairs on their August album Blatant. Everything from consumerism and television to insecure men and elite self-congratulation gets a scathing treatment by vocalist Dan Shaw, who is an urban planner in Holyoke.

Weaving together a tight and precise soundscape with sparse post-punk riffs, the band — Elliot Hughes, Josh Daniel, Josh Owsley, and Jeff Gilmartin — tosses and turns, locked in a series of grooves that collectively sound like the monoculture Shaw is critiquing. We hear about conquest in the face of the illusion of Western progress. We hear about how our species busies itself building prisons and dams, staring at computer screens and bingeing on fake news while offering cheap bromides about conservation and preserving natural resources, all while white men cheat the system and count their illegitimate votes. It’s a grim, albeit spot-on, portrait.

Layered in the mix is Hughes’ saxophone, which doubles the guitar riffs right off the bat, expanding the sound into something you might hear on a Downtown Boys record. During the album’s first track, “Moving Again,” Shaw shifts from saying he’s moving again because he’s not making friends and wants a clean slate, pivoting to looking out at the “conquistadors” who are gentrifying his neighborhood. Perhaps the most musically dynamic is the title track, Blatant, about the blatantly terrible and horrible things that are being aired out in the open. Starting with a syncopated riff, higher, dissonant guitars continue to build until all the instruments kick into a thundering groove over Shaw shouting the refrain “missile launcher.” 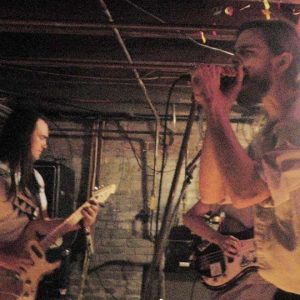 Blatant follows Landowner’s 2016 Impressive Almanac, which Shaw recorded himself before he had any friends in the area. Impressive definitely hits on many of the same themes, such as consumerism and darkness nakedly evident in the American Project, which are more pronounced and explicit since 2016 happened. Blatant is the first album with a full band as well, which has toured the new record this summer. All in all, Shaw’s vision has come to fruition in Landowner’s sophomore album.

Blatant was the first release on Chicago’s Born Yesterday Records on vinyl and cassette.