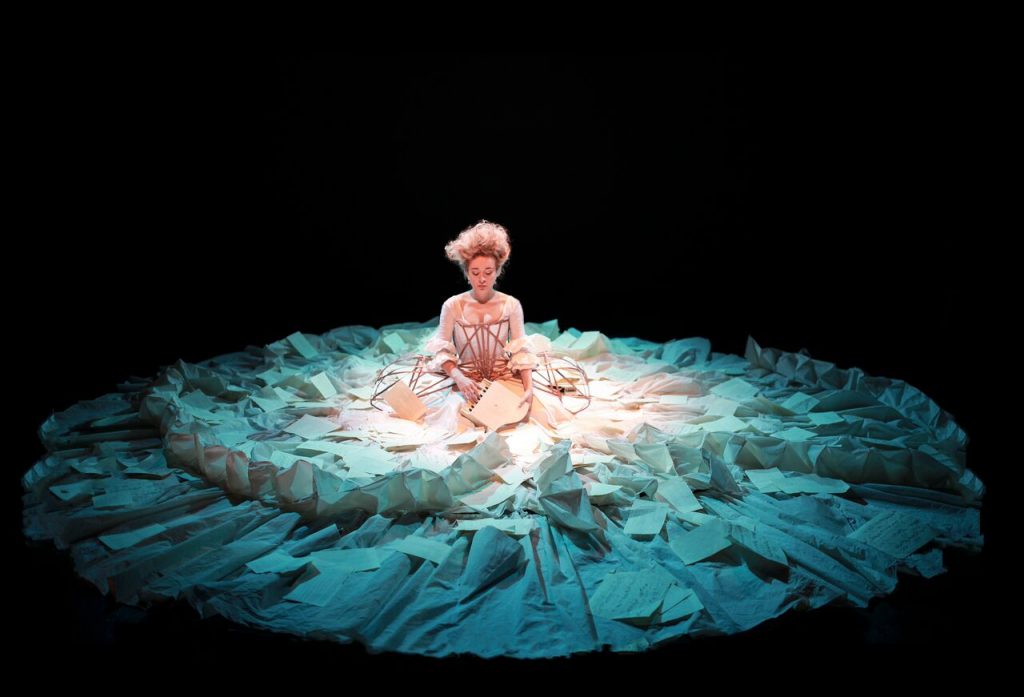 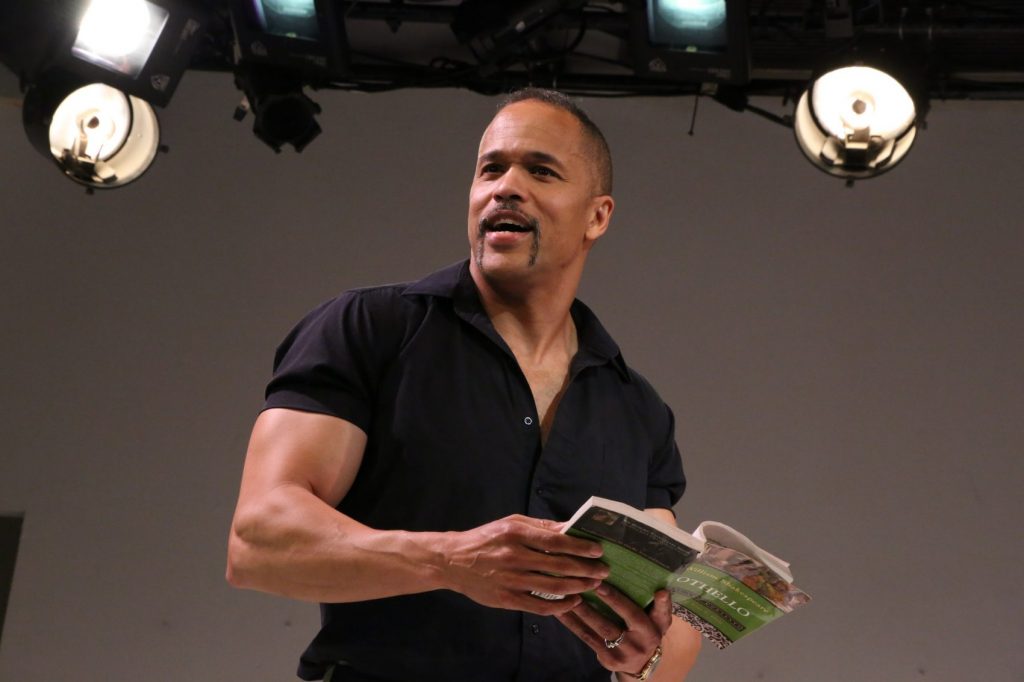 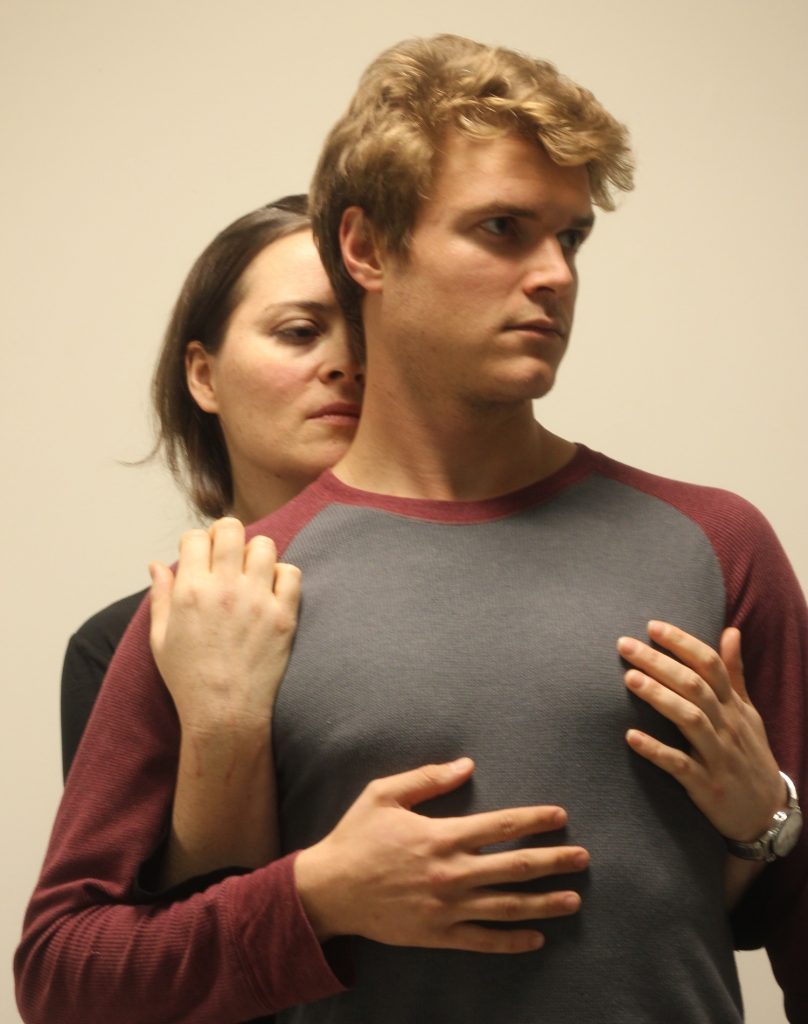 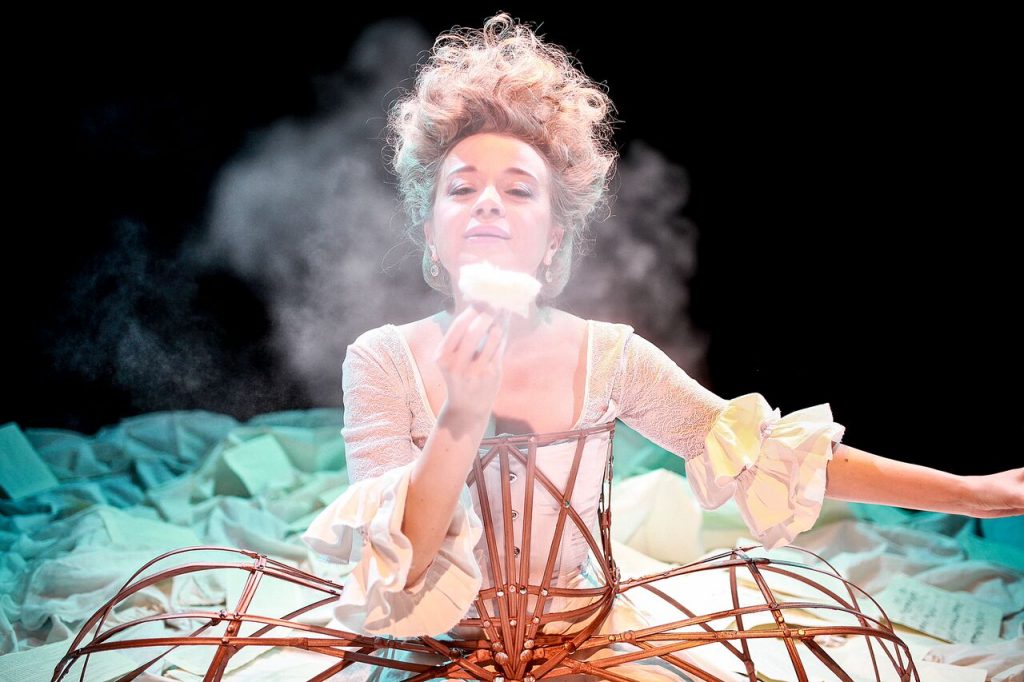 Three plays in the Valley this weekend and next tackle provocative questions of art and identity. A woman musician is deprived of a career because of her gender. Two writers tangle in a carnal mix of sex and ambition. And an actor looks at the black experience via theater’s most famous black character.

With one 19th-century exception, it wasn’t until the 1940s that a black actor (Paul Robeson) was permitted to play Othello. Keith Hamilton Cobb, an “intelligent, intuitive, indomitable, large black American male actor,” as his bio puts it, has played the role, and is interested in what Othello has to say about “the experience and perspective of black men in America.” 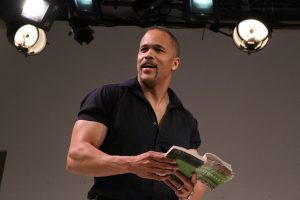 His solo show American Moor takes as its springboard an audition for the role of Othello conducted by a callow, opinionated white director. The piece reflects an “awareness that we see only what we want to see of one another, and that we all long to be wholly noticed and wholly embraced,” Cobb says. “It is a play about race in America, but it is also a play about who gets to make art, who gets to play Shakespeare, about the qualitative decline of the American theater, about actors and acting, and about the nature of unadulterated love.”

He performed the play last summer on the stage of Shakespeare’s Globe in London, and this month brings it to Mount Holyoke College in South Hadley. The performances, Nov. 8-10, are part of a week-long campus residency by Cobb and (white, female) director Kim Weild, focusing on “fostering honest, difficult conversations about race in America across the color barrier.”

Last year, Ghost Light Theater staged Venus in Fur, a two-character play in which sex fueled a creepy cat-and-mouse game set in an audition studio. Now the audacious Valley company is back with another steamy two-hander, Sex with Strangers. 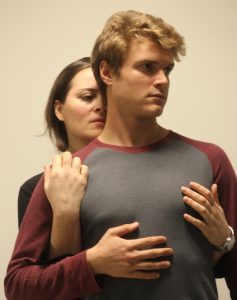 This time the artists involved are both writers. She’s a 40-ish lit teacher who shuns the Internet and whose first novel bombed, thanks to clumsy promotion. He’s a 20-something blogger whose first novel was a sensation, thanks to its content, a fuck-and-tell catalogue of his own sexual conquests. Each needs something from the other – she, his publishing contacts, he, her literary cachet. Their mutual needs find an initial meeting place, though, in bed.

Despite its title and its frank sensuality, Laura Eason’s play is most interested in hands-off communication – that is, social media, where how you present yourself isn’t necessarily who you are. Who is this hot dude, really, to whom she’s given her body and entrusted her career? Having sex with a stranger doesn’t help you really know them, and when ambition clashes with scruples things can get messy. “There are consequences to living an online persona that doesn’t match you,” director Kevin Tracy told me, “and sometimes what you’re fighting for, and what you want, change without you even knowing it.”

In A Room of One’s Own, Virginia Woolf mused that if Shakespeare had had a sister, equally talented, she would have been “so thwarted and hindered” that she would have wasted away in obscurity, because she was a woman.

Shakespeare didn’t have a sister, so we’ll never know. But Mozart did. His older sibling Maria Anna was, like her brother, a keyboard prodigy and precocious composer, but she was so thwarted and hindered by her gender that she did, in fact, waste away in obscurity. 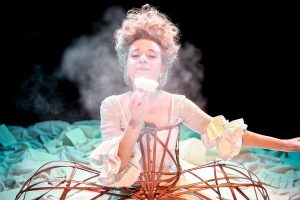 Feminist scholars have recently recovered her life story – though sadly not her music – and actor/playwright/musician Sylvia Milo has turned it into a one-woman play, The Other Mozart. She performs it on Nov. 17 at the Academy of Music in Northampton.

As children, Wolfgang and Nannerl, as she was called, were a couple of wunderkinds, touring the capitals of Europe. (One contemporary reviewer said of the 11-year-old that her performance on harpsichord, “with precision, with incredible lightness, with impeccable taste, [was] a source of wonder to many.”) All that ended, though, when she reached the marriageable age of 18, forced to stay at home while her kid brother continued to tour, and eventually married off to a husband of her father’s choice.

In this solo portrait, which I saw, and loved, at the late lamented Berkshire Fringe Festival, we find Nannerl seated in the middle of an enormous white dress, its 18-foot skirts spread out on the floor – her whole world literally circumscribed by the fact of being born a girl, her options constricted by the oh-so-metaphorical corset at the center of the gown. Milo’s performance, drawn from letters and diary entries, is spry and witty, turning what could have been simply a revisionist complaint into a penetrating portrait of the Mozart who might have been.