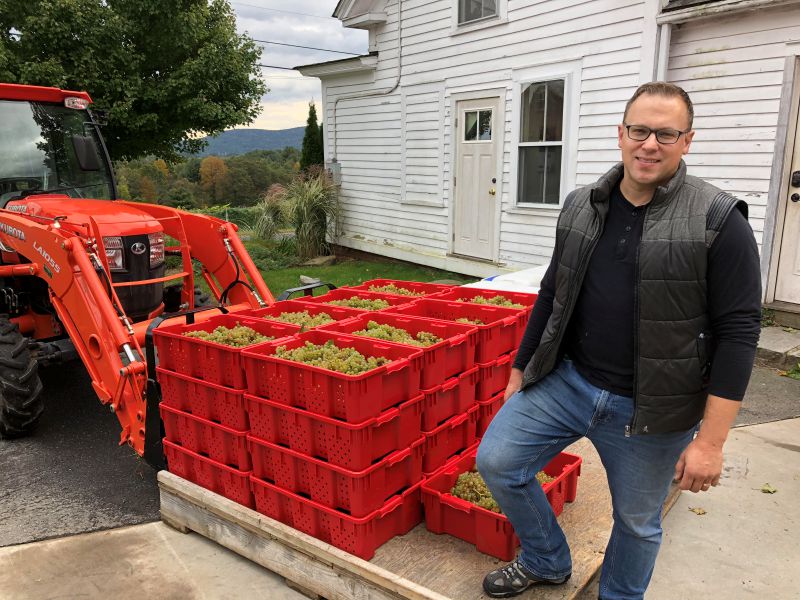 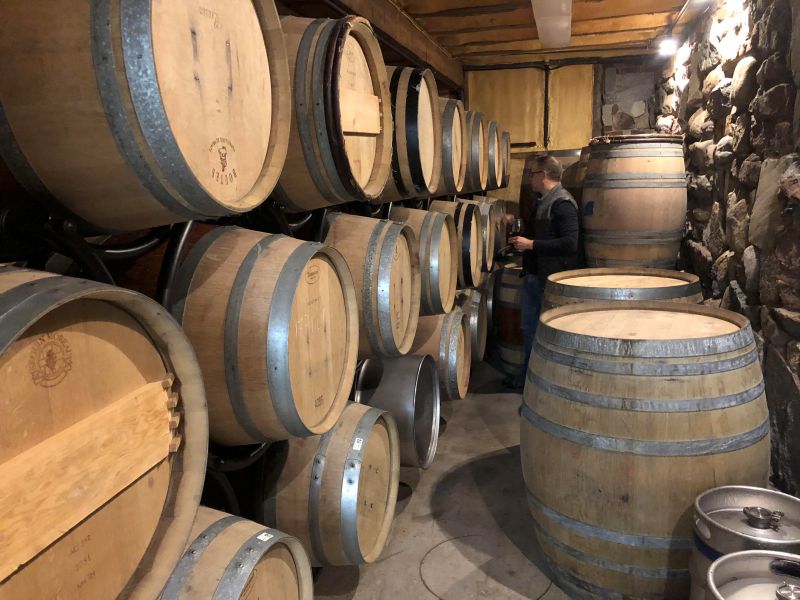 The sound was terrifying. It was like nothing I’ve ever heard in the Valley. Was it the high-pitched, piercing shriek of a machine, desperately in need of lubrication? No. It was birds. Thousands of birds. A scene and a sound straight out of the Hitchcock movie. Starlings. An invasive bird species brought to the U.S. by an overzealous Shakespeare enthusiast.

“Thanks to the Bard for that one,” says Matt Jaksik, the former literature student and now head winemaker for Glendale Ridge Vineyard in Southampton. While Shakespeare, through Hotspur in Henry IV Part I, would “have a starling shall be taught to speak,” these starlings aim to eat all of Glendale Ridge’s grapes. Is Mr. Jaksik’s remedy to “take arms against a sea of troubles and by opposing, end them”? No. “Net the canopies,” he says. 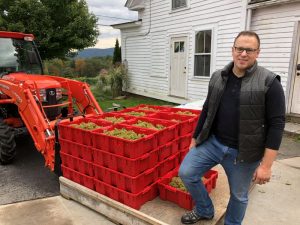 Unfortunately, starlings aren’t the only Shakespearean tragedy to befall Glendale Ridge. This season, there was also the wet weather. “It’s been a super-challenging season in terms of managing the moisture. Basically, it comes down to spending more time in the fields when it’s time to harvest. You just have to get bodies out there and get out the good stuff and throw out the bad stuff,” says Matt, “At some point you have to decide to pick things a little less ripe or you decide that things are looking OK. Let some of it rot while the rest of it ripens, then cut away and spend more time sorting through it. And that’s what we ended up doing. You get to the same result. You get to the same fruit quality.”

Matt’s winemaking experience comes to Western Mass via an abandoned attempt at a career in literature, and from a vastly different viticultural climate. Jaksik is originally from Fredericksburg, TX, a burgeoning wine region an hour west of Austin, where the growing season is February-August. We’re May-October in New England. “If you’re a football fan, it’s better to make wine in Texas,” says Matt. Texas forever. His wife, Kate, is originally from the Valley. They moved here two years ago.

In the spring of 2017, Glendale Ridge owners Ed and Mary Hamel went through a vineyard divorce, of sorts. Mary says “What started as a hobby became a business. We had four owners. Two of them owned the property. It just makes sense that you’re going to have to split apart at some point in time. One couple was going to buy the other out. They bought us out and moved [Black Birch] to Hatfield. And then we started again.” The Southampton site, formerly known as Black Birch, was rechristened Glendale Ridge. It was perfect timing for Matt, our macerating MacBeth. The Hamels were looking for someone to help with the harvest. And last season, Matt started as head winemaker. And in the transformation, Glendale Ridge went from less than 1000 square feet of total production and sales space to four times that, with the capacity to make 70,000 bottles of wine a year. 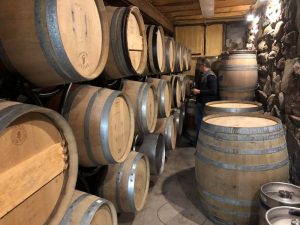 Apart from bringing grapes in from Long Island and the Finger Lakes, Glendale is growing an acre of the hearty hybrid, Vidal Blanc. The Vidal Blanc is in the process of whole cluster pressing when I arrive on the vineyard to that hellish chorus of starlings. Glendale is also growing an acre each of Traminette and Corot Noir, grapes hybridized at Cornell University and specifically bred for the climate of the Northeast. Plus they’ve got  a little bit of the more familiar Chardonnay under vine and almost an acre of Cabernet Franc. “Last vintage the Cab Franc was the show pony,” Matt says, “On this site, 9 years out of 10 that’s going to be the case.”

Now, as much as I like a good show pony, I confess to you that, committed as I am to supporting local agriculture, getting down from my high horse when it comes to appreciating local wine has been challenging for me. The quality-to -price ratio can often be hard to justify to my beleaguered billfold. But I had a change of heart when I tasted Glendale Ridge’s “pét-nat.” Pétillant naturel —literally “naturally sparkling” — is a more ancient style of sparkling wine than even the Champagne method. Matt Jaksik says “You are not stopping the fermentation at bottling. It goes in unfiltered. You’re letting it go into the bottle still fermenting. It finishes fermenting in the bottle, which causes the carbonation to be trapped. So you have the same type of sparkling like you would with Champagne, except the yeast is in there and there is some sediment. You tend to get this fresher funkier flavor profile.” I am a sucker for sparkling as a rule, and the Glendale pét-nat is the best Western Mass wine I’ve had so far.

But why, in a Valley swimming in fine IPAs, would the imbibery even take a chance on a local wine? “People are interested in all sorts of craft beverages. The level of education in the Valley means people are into trying new things,” Matt says, “You’re tasting the site with wine. There is a connection to the place where you’re at, especially with estate wineries. It just makes sense that if the wine tastes good, and if you feel good being there, it’s going to be an industry that is going to have success.”

Every burgeoning industry needs cultivation, and Glendale Ridge is working with our Valley’s agricultural epicenter — the UMass Stockbridge School — to help this new industry grow. “We’re working with the viticulture adviser there, Elsa Petit. I think that is going to be a big thing for us,” Matt says, “Developing a community of young people that want to be in an industry and realize that they don’t have to leave the area. I think there are probably a number of UMass graduates that are making great wine somewhere else in the world. I’d like to see that talent stay here.”

Matt Jaksik and Glendale Ridge’s long-term goal for the Western Mass wine industry is to put Massachusetts and the Pioneer Valley on the map in the wine world. “The work is really farming. It’s about developing a sense of place. And being true to what we have in the Valley: interesting soils, interesting climatic conditions. We can make world-class wine in this facility. We’re going to be producing wine at a higher level than people may expect, sooner than they expect.” I’ll raise a glass of pét-nat to that. Now, if they can only survive their Shakespearean starling infestation.

Not an angel of the air,