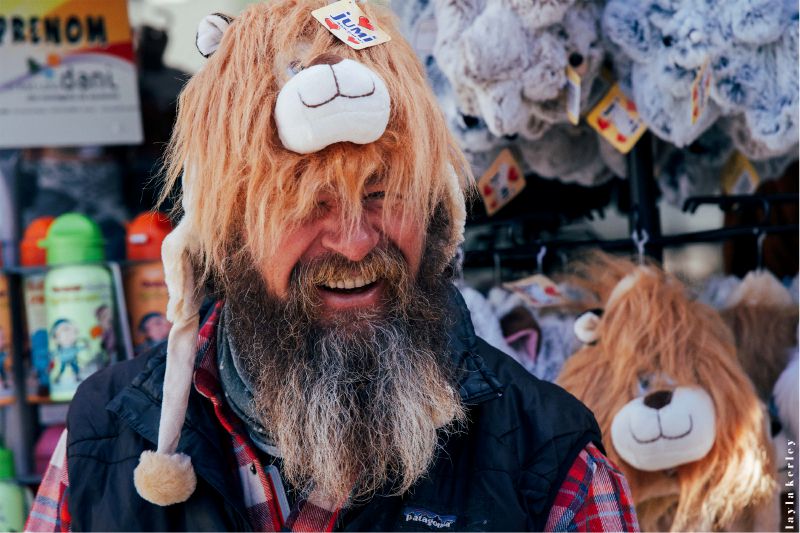 If you’ve ever been on a pair of skis, you know the feeling: a strange and exhilarating mixture of lightness and speed, freedom and danger, that feels a bit like a giddy dream of flight and a bit like you’re cheating death. And while today’s aerialists — particularly the spinning tops of the U.S. Olympic snowboarding team — grab a lot of the attention, winter games were cool long before they came along. That is largely due to the late Warren Miller, whose contributions to (some might say invention of) the sports film industry turned the culture on its ear.

Miller, who passed away in January at the age of 93, was born in Hollywood in 1924. After a stint in the Navy during World War II, Miller moved to Idaho, where he worked as a ski instructor. The same year, he bought a camera, and began to use it to film his friend Ward Baker skiing around the newly opened Sun Valley resort. Baker, who preferred surfing, would move on to the life aquatic. But Miller had found his home, and skiing would never be the same.

Warren Miller’s Face of Winter, screening at the Academy of Music in Northampton Nov. 28, is the 69th installment in the ongoing enterprise that is known simply as Warren Miller Entertainment. With the man who started it all now gone, the filmmakers (Miller himself hadn’t been behind the camera for many years) pay tribute to their spiritual godfather with a film that travels the world to revisit some of Miller’s favorite ski spots.

Miller being Miller, those spots are not your local bunny hill. Instead, the crew, along with big-name skiers like two-time world champion Anna Segal, hopscotch from British Columbia and Alaska to Chile, New Zealand, and Chamonix, the picturesque French Alps spot (is there any other kind?) that hosted the very first Winter Olympics. The locales seem sometimes otherworldly, as lone skiers drop into a vast ocean of white, but watching them make their way down an impossible slope has an immediacy that is infectious.

Much has changed since Miller’s Sun Valley days, when he and Baker shared a four-by-eight trailer for living quarters. But in the end, the goal is the same whether you’re in the Alps or on a hill near home: to get to a place where you almost forget you don’t know how to fly.

Also at the Academy this month is Time To Go, filmmaker Rio Contrada’s film based on his father’s experience with degenerative illness. Fred Contrada, who passed away on Nov. 6 (in the film, John Hadden plays his stand-in, “Jack”), worked as a reporter for The Republican for three decades; a biking accident several years ago led to neurological troubles. But the film is also about how those in supporting roles choose to deal with such monumental changes to people they have known and loved for many years. “A person could be struggling to walk in one moment, but could be a mountain climber in another,” says Contrada. “Which person should we remember?”

Contrada will present Time To Go as a free, open to the public screening, though donations will be accepted at the door; the box office will go toward submitting the film to festivals.