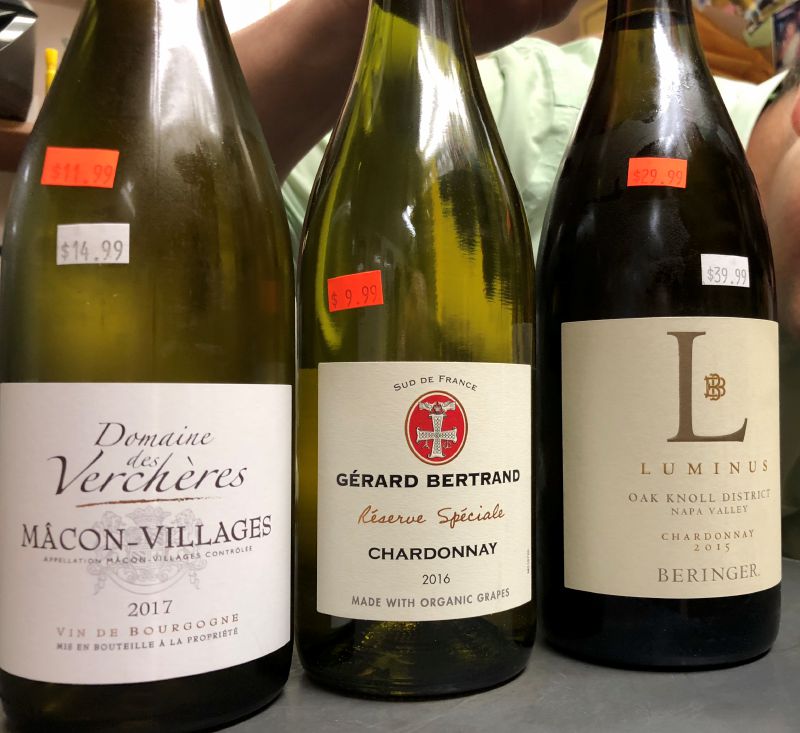 When I started pursuing wine snobbery, I would’ve identified myself as a “red wine drinker.” Now that I have academically pursued alcoholism for the better part of a decade, one should expect some hard-core side-eye from me if you deign to say something as audacious as my previous statement whilst I am in earshot. Saying you don’t like white wine is like saying I don’t like movies.

“You don’t like any movies … at all? None of the classics? Not ‘It’s A Wonderful Life’? Not ‘A Christmas Story’? Not ‘Die Hard?’

“Nope, I only watch Hallmark Holiday Specials on TV.”

What a pity. But in fairness, the wine industry hasn’t done us very many favors when it comes to marketing whites of quality, instead giving us super sour, cat-pee smelling Sauvignon Blanc, weak and uninteresting Pinot Grigio, and overly oaky, butter-bombed Chardonnays. If you are not dreaming of a white wine Christmas, I can’t say I blame you.

But Chardonnay is the best selling wine in America, making up about a fifth of all table wine sold, according to the Chicago-based research firm Symphony IRI. Despite the ABC wine movement — “Anything But Chardonnay”— Americans still drink more Chardonnay than any other type of wine, red or white. Its nearly doubles up the sales of two closest competitors — Pinot Grigio for white and Cabernet Sauvignon for red. That being said, Taco Bell is also voted the most popular Mexican restaurant in America. But this is not for good reasons. Chardonnay does have good reasons for being loved. But what sells the most Chard is that buttery and oaky style that I just disparaged. If you like that style, I will only silently judge you. To me that style is the Doritos Taco of Chardonnay. I’m not going to recommend any Chardonnay like that. You don’t need me. It’s very easy to find. There is literally a Chardonnay called ‘Butter.” But if you recognize that you DON’T like the very oaky and buttery Chardonnay and want to give this extremely popular but extremely noble grape varietal a try, I’ve got a few Chardonnays for your holidays. 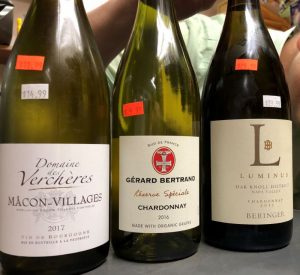 First up is the 2016 Gérard Bertrand Réserve Spéciale from the Pays d’Oc region of France. Admittedly, my palette is solidly Francophile. So starting somewhere in France is not a bad idea if you know you are trying to avoid the taste of butter and oak. But if you are trying to wean yourself or others away from the butter, this one has just enough of that creaminess and wood from the barrel aging to appeal to that buttery sensibility without being obtuse. It lacks the crisp green apple that I think of as Chardonnay’s calling card and has more of that “apple-my-five-year-old-left-half-eaten-under-his-car-seat-for-a-week-but-I-decided-to-take-a-bite-of-anyway” feel. Don’t think of that as a bad thing. The winemakers claim that this wine hasn’t gone through the process of malolactic fermentation, where the more tart malic acid is converted to the more milky lactic acid. But it’s so creamy that they could’ve fooled me. This wine is a great gateway to the world of finer Chardonnay, but it’s also very affordable with most shops carrying it for $13 or under. Gérard Bertrand also has a strong commitment to sustainability, using organic, bee-friendly, and biodynamic practices in their winemaking. So you can feel almost as good about drinking it as you will feel after drinking it all.

But what about your pseudo-snobby friend who is an “Anything But Chardonnay” drinker? Luckily, it’s usually so easy to trick them! And you can probably do it without ending up on Santa’s naughty list. Besides, if they can write off one of the world’s great grapes so easily, there is no way they know what they are talking about.

“No Chardonnay, you say? Well, have you tried this Mâcon-Villages from Domaine de Verchères?” You will have so bamboozled them with your butchered French pronunciation that they’ll never realize that Mâcon is part of Burgundy and that, almost all the time, the white grape of Burgundy is indeed Chardonnay! It doesn’t even say Chardonnay on the bottle. When they tell you how much they like the wine, slap the glass out of their hand and yell “Ha, ha! That WAS Chardonnay, dummy!” And then realize why you don’t have any friends to drink with this holiday season. The Domaine de Verchères has more of that crisp green apple that I associate with “varietally correct.” Chardonnay, but it has a little more minerality and is more fruit-forward than many French Chards in this price range-an affordable $12 or thereabouts — so you don’t have to break the bank to punk your bourgeois friend.

But who am I to talk? Because the last Chardonnay I’ll recommend today punked me. It came as quite the shock that I liked this one as it is (a) from California, which is the epicenter of the oak and butter Chard phenomenon that I loathe. And (b) it is from the makers of one of the world’s worst wines — White Zinfandel. I am talking about the 2015 Beringer Luminus Oak Knoll Chardonnay. Beringer may pay the bills with their White Zin, but it’s so they can afford to make wines like the Luminus. It’s a much pricier wine-around $40, but it is worth every penny. I would’ve had a hard time recognizing it as a California Chard in a blind tasting because it was that good. It is very Californian in its style, with a lot of fruit and some oak and a touch of butter. But I’ve had so much bad California Chardonnay that aspires to be like THIS Chardonnay that it was almost confusing to drink it.

If all you’ve had is cheap, poorly made California Chardonnay, you may think all Chardonnay is like Paul McCartney’s “Wonderful Christmas Time” — the banal lyrics, the offensive keyboard sounds, the choirs of children singing their songs. But to say that “Wonderful Christmastime” is all that Paul McCartney has to offer the world musically … you don’t know what you’re say, say, saying. Give Chardonnay another try. The party’s on. The feeling’s here that only comes this time of year. Maybe you’ll be amazed.