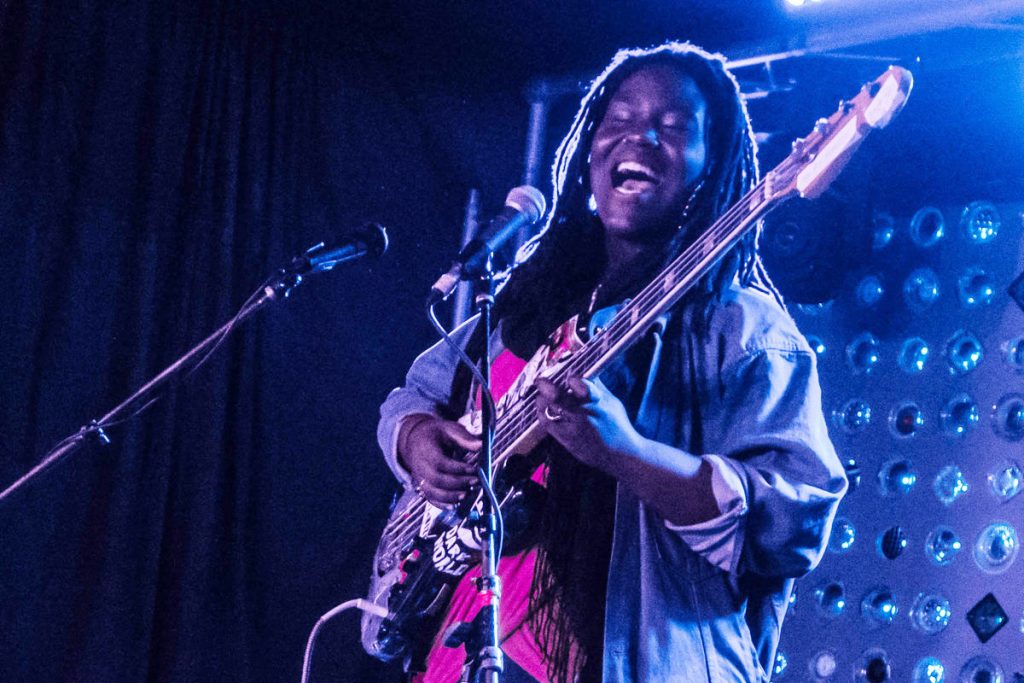 November brought with it not one, not two, but three Mal Devisa releases. First, on November 9th, came a full-length titled Shade and the Little Creature and a complementary EP called Mystery Tsrain, presumably named for the Amherst record shop. And a few days later, another EP with the all caps titled ANIMAL EQUATION arrived. The ground these releases cover — musically, vocally, genere-wise, and creatively — is astounding; hitting everything from punk to jazz, hip-hop to dub, and mellow, almost folkier, songs with sparse bass guitar and vocals.

Although it’s hard to name a thematic cohesion through the body of work, it touches on Mal’s (the moniker of Holyoke musician Deja Carr) various musical selves: her time in Who ‘Da Funk It?, a jazz singer throughout the Valley, rapping in MalYMarco, or fronting/sitting in with DIY rock band Swings. Most saliently, perhaps, is the sound that she’s built around Mal Devisa, which started — and in many senses remains — a bedroom solo project, built off of a bass covered in stickers, a loop pedal, and a kick drum.

Since Who ‘Da Funk It? ended, Mal Devisa has been Carr’s main vehicle as a songwriter, where the sparseness of her lush, chordal bass playing creates a warm body for her soaring voice and emotional lyrics, which are often rich with analogies and metaphors. Shade’s “If You Are Waiting” is a good example of this, though hardly a representative example (another being “Fire” off 2016’s Kiid). That said, these releases are expansive, often juxtaposing sounds and styles that fit together like puzzle pieces.

Shade’s “Cubic Zerconiumm,” which was produced by Kaytranada, almost sounds like a Radiohead song; or the hair-raising “Raised in the Pit” thumps and broods as distorted vocals declare “I was Raised in the pit — black queen,” expanding to a shriek at the end.  “Crowd Pleaser” on Shade’s  polyrhythmic drums — something Carr has always been tinkering with — has what sounds like a midi tuba being a container for Carr “when you coming home to me, stubborn chick, with this energy?” before singing “the way that we lose is not playing at all — boy take your fire when you’re taking that fall.”

Mystery Tsrain expands the polyrhythmic jams with instrumental synth tracks “That niggas stole it” and “baby’s ringing fah Deja” and even has a jazz track, “My Funny Valentine,” backed up by Valley musicians, and “contracts,” a rap track that references Nina Simone. In the closing and calming chorus, she sings:  “I’m going to say this to you one time, it’s harder to have flown than to have landed; gonna be on my best this time; i mean for you; i mean for me; i mean for we.”

ANIMAL EQUATION veers closest to R&B with plush production, veering into Kendrick Lamar territory (especially the track “no one home”), as the songs toss and turn and jolt about. In “lets get back together,” Carr asks “how can you love in such a tumultuous situation?”

Despite a larger profile and some critical success, Mal Devisa self-released these albums on Bandcamp. Go buy them!