Stagestruck: Not Throwin’ Away My Shot at “Hamilton” 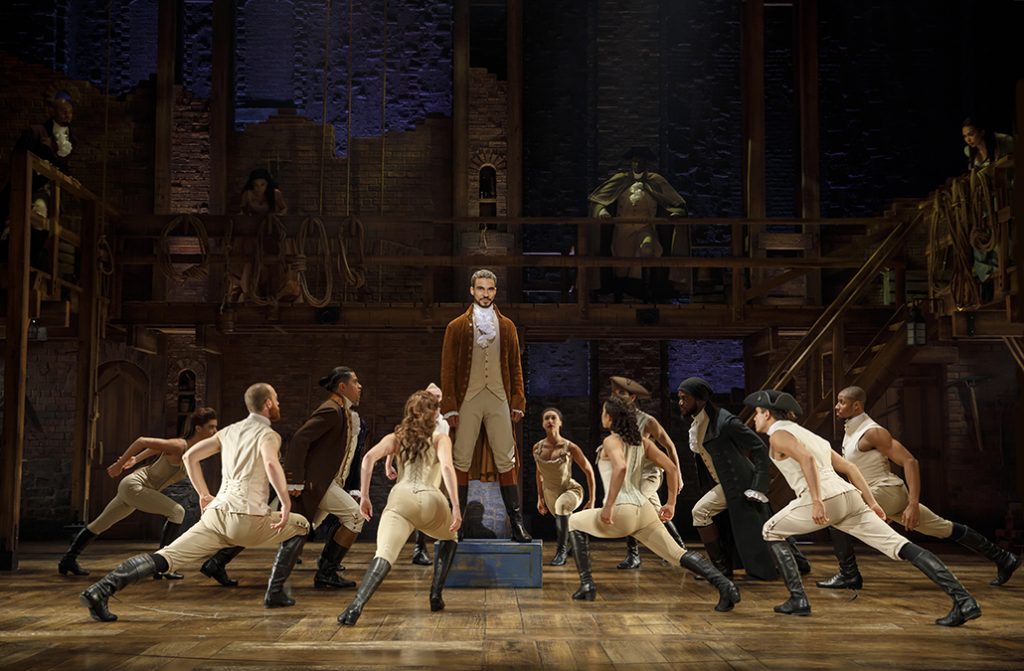 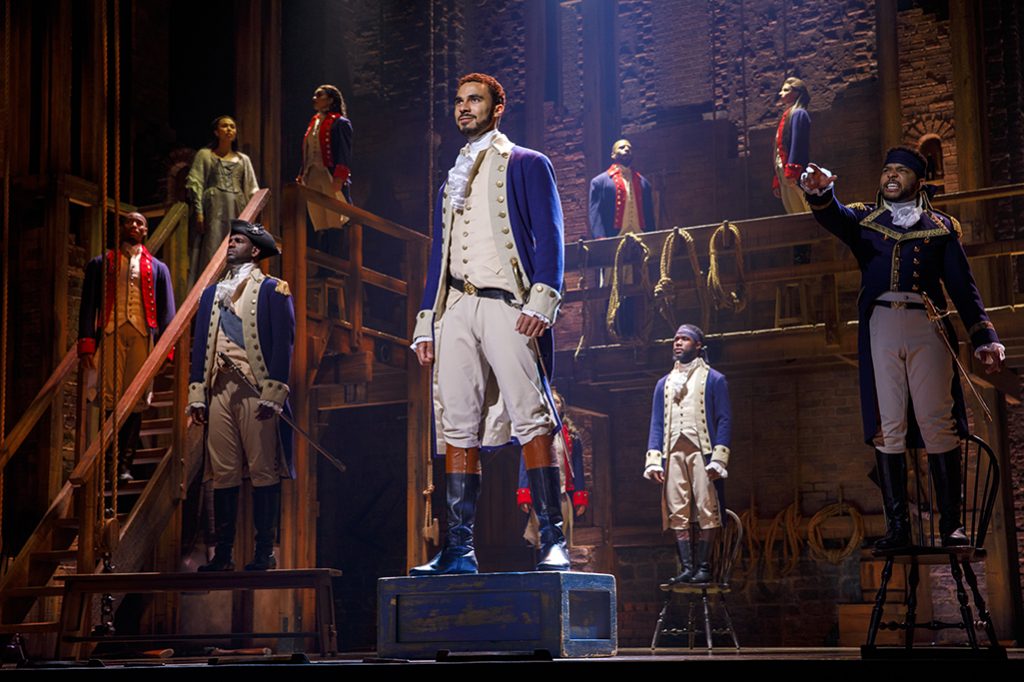 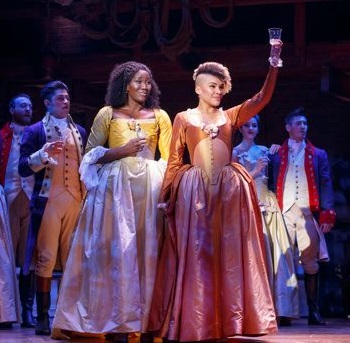 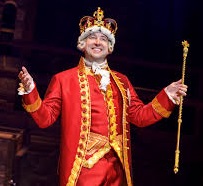 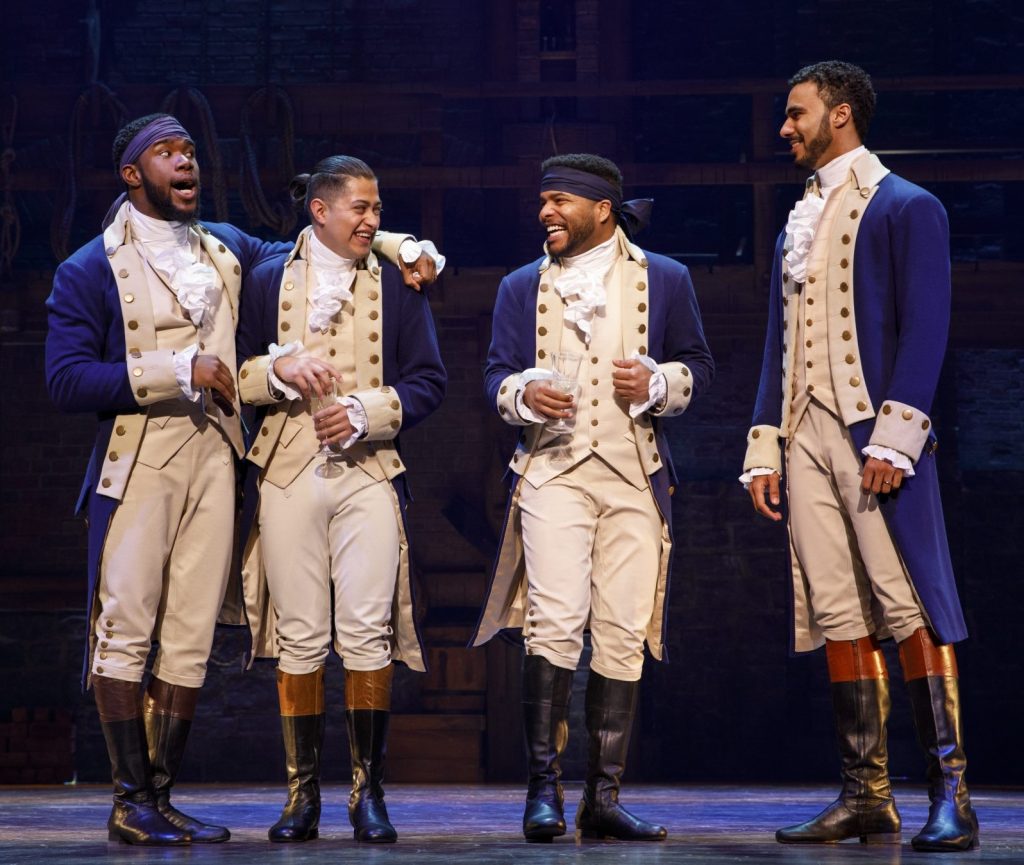 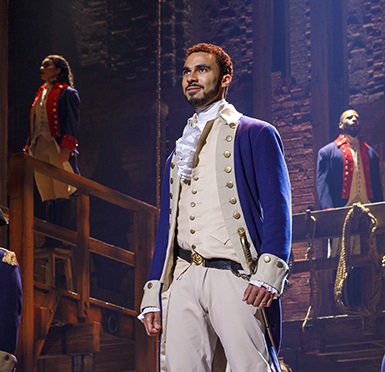 What is there to say that you don’t already know about Hamilton, the game-changing musical that costs a bank loan to see on Broadway and is now on tour, where this month it’s at the Bushnell in Hartford for only an ATM max-out?

Playing through Dec. 30 (by far the longest run in this road house’s recent history), it was all but sold out as soon as tickets went on sale, though I’m told “there are always five or six tickets available each night.” But good news – 40 tickets at $10 each are available for every performance via digital lottery two days in advance.

If you don’t know, Hamilton, written by Lin-Manuel Miranda (who also played the title role in New York), is the story of Founding Father Alexander Hamilton, performed in hip-hop cadence with a majority black cast. Now you know.

Before Hamilton landed in Hartford, I’d heard (and loved) the score, but hadn’t seen it onstage, so it was new to my eyes more than my ears. So to answer my first question, this isn’t a review so much as an already-fan’s impression of the total experience.

The set, a scaffold of wooden platforms and staircases framed by scruffy brick, surrounding an open stage with a rotating turntable.

The 11-member multiracial ensemble, clad in parchment-toned foundation garments, slipping in and out of military jackets (British red and Yankee blue) and empire-waist gowns, giving background texture to the scenes, playing supporting roles, and dancing an ingenious hybrid of breaking and Broadway.

The fluid staging, scenes melting into each other as the ensemble spirits set pieces on and offstage. (One eye-popping effect comes when Hamilton feels himself “In the Eye of the Hurricane” and the furniture takes flight, not with technical tricks but raised and whirled by human hands – theater that proudly declares it’s theater.)

The unabashed showmanship, as loose-limbed numbers climax with a heroic freeze in dramatic shafts of light. 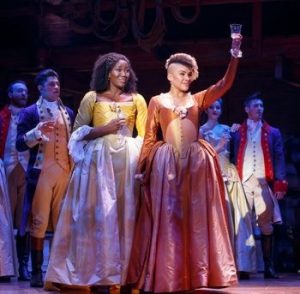 The witty period/modern mashups – a pair of microphones (drawn from a pistol case, foreshadowing the fatal duel) for a Hamilton-Jefferson debate over fiscal policy conducted as a rap battle.

The characters’ development through movement and expression as well as words and music.

The ensemble’s voices coming from all over the stage and even off, enfolding the action in a sonic curtain of striking harmonies.

In the lobby: “This is my fourth time. They’ve put some twists in it since I saw it in New York. And the diction is clearer.”

“My granddaughter loves this stuff. If it wasn’t for her I wouldn’t be here.”

“It reminds me of Les Miz – history, non-stop singing, and war.”

What I hadn’t fully appreciated before:

That Hamilton, as its creator has acknowledged, stands on the shoulders of other game-changing musicals’ innovations – Oklahoma’s marriage of song and story, West Side Story’s integration of dance into plot, Hair’s counterculture insouciance, Les Misérables’ sung-through libretto, Spring Awakening’s alt-rock score set to a period tale, even Miranda’s own In the Heights, which broke hip hop into Broadway. 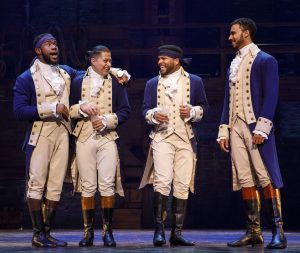 That Miranda’s verse, so light on its feet, is so rich in tumbling near-rhymes – “Yo, I’m just like my country / I’m young, scrappy and hungry” (you can buy a t-shirt bearing that phrase at the merch table in the lobby) and extended rhymes – “I know the street is excitin’ / but between all the bleedin’ and fightin’ / I’ve been readin’ and writin’.”

How thematically as well as stylistically contemporary it is – not just the sure-fire applause line, “Immigrants – we get the job done!” but, in a right-up-to-date for-instance, when Hamilton is accused of paying hush money out of official funds to cover up an affair.

How Shakespearean it is. No, really – and not just the sly quotation from Macbeth in Act Two. Shakespeare wrote in Elizabethan English about ancient Romans; he used vernacular language in heightened form and wove dazzling images into it; on a bare stage, he invited his audience to enter bustling, exotic worlds with their eager imaginations.