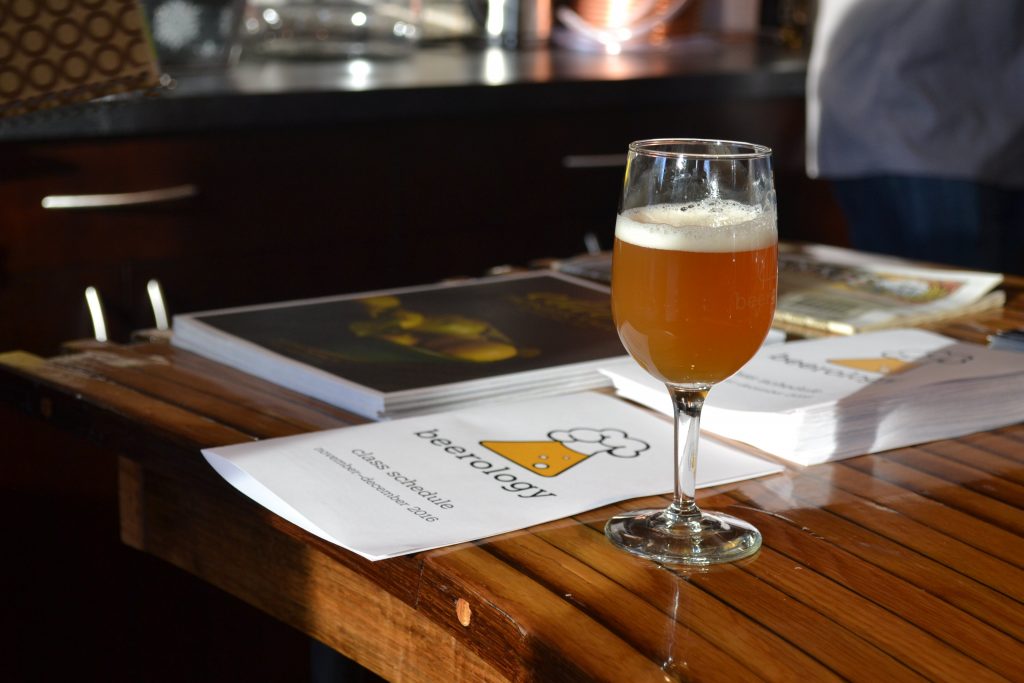 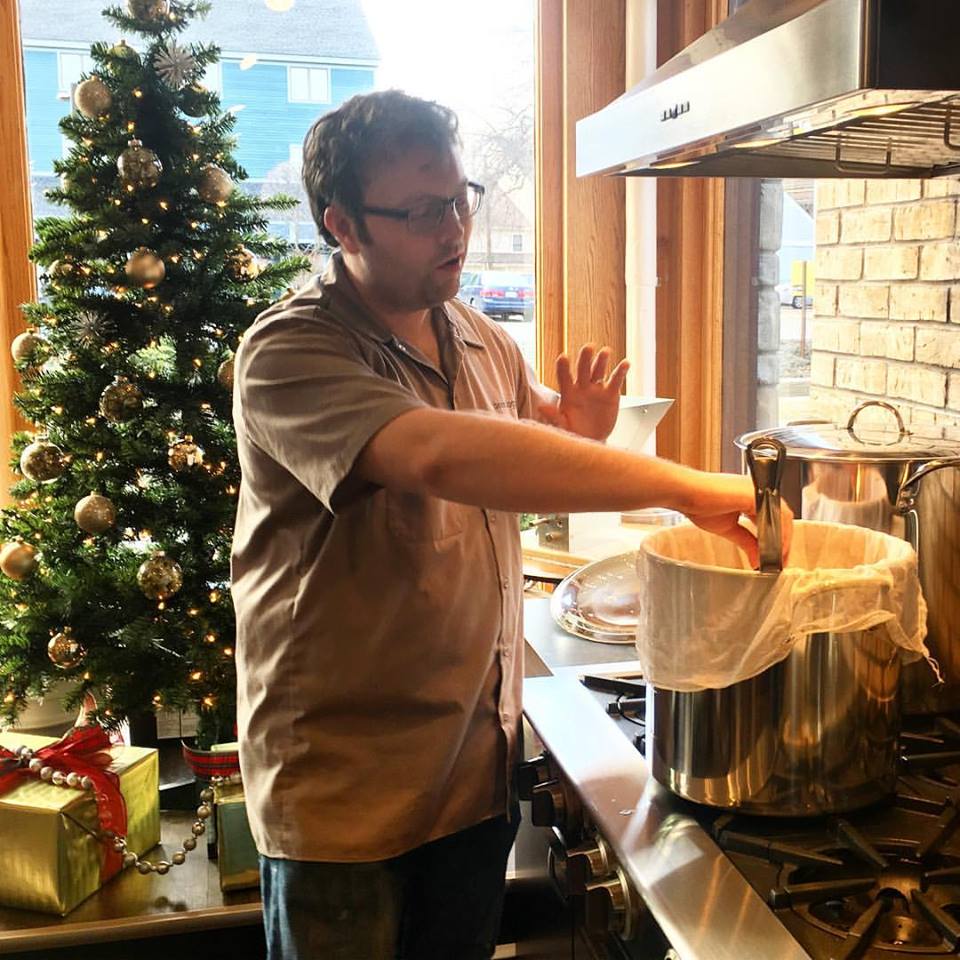 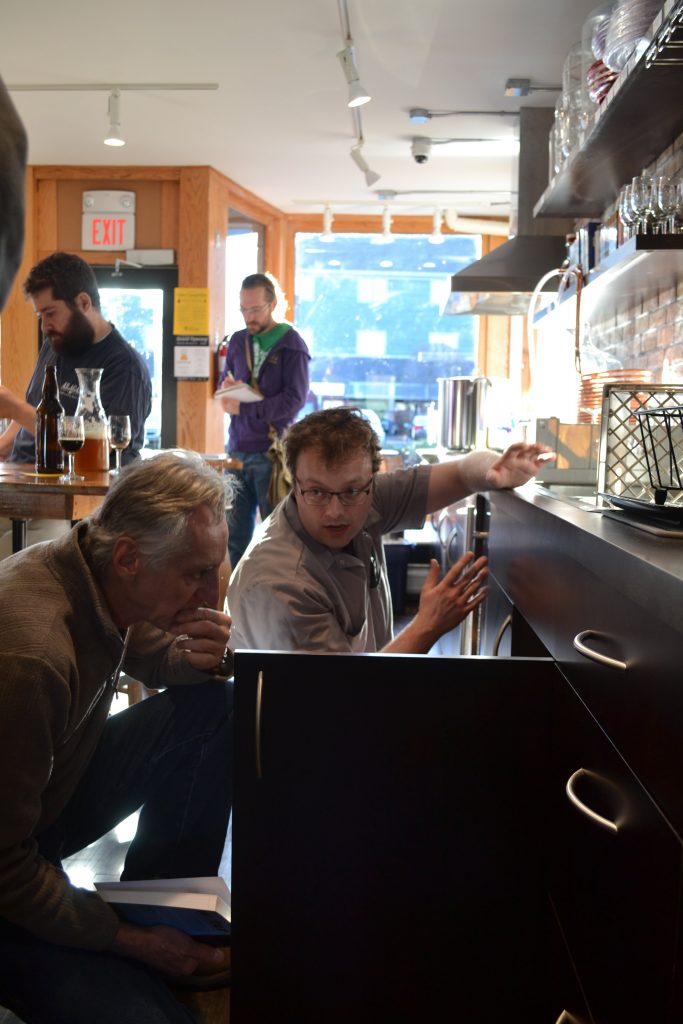 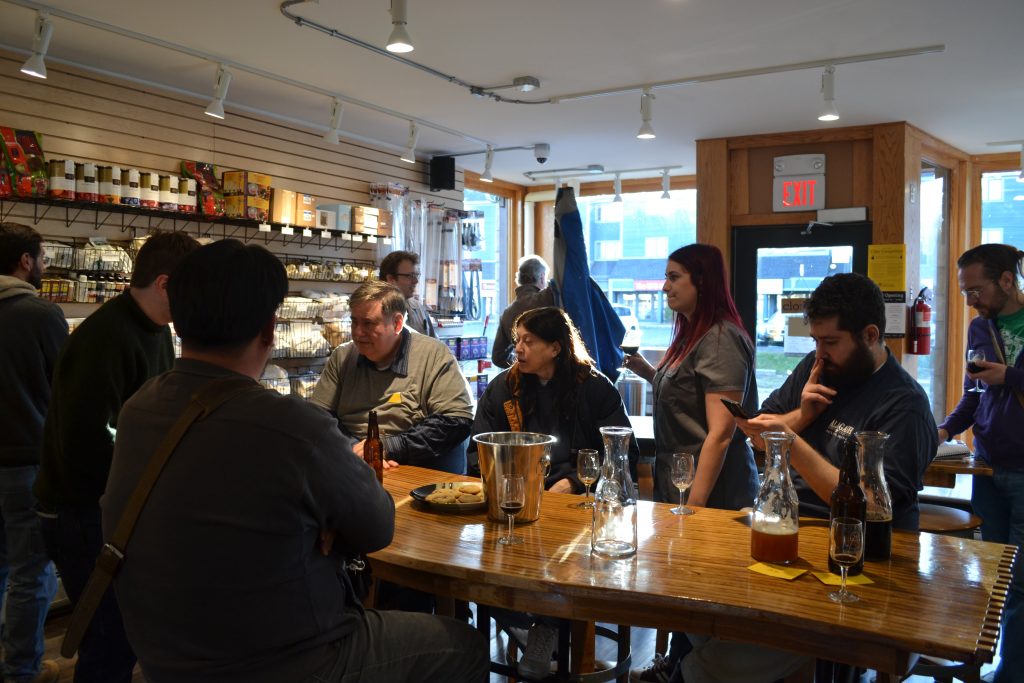 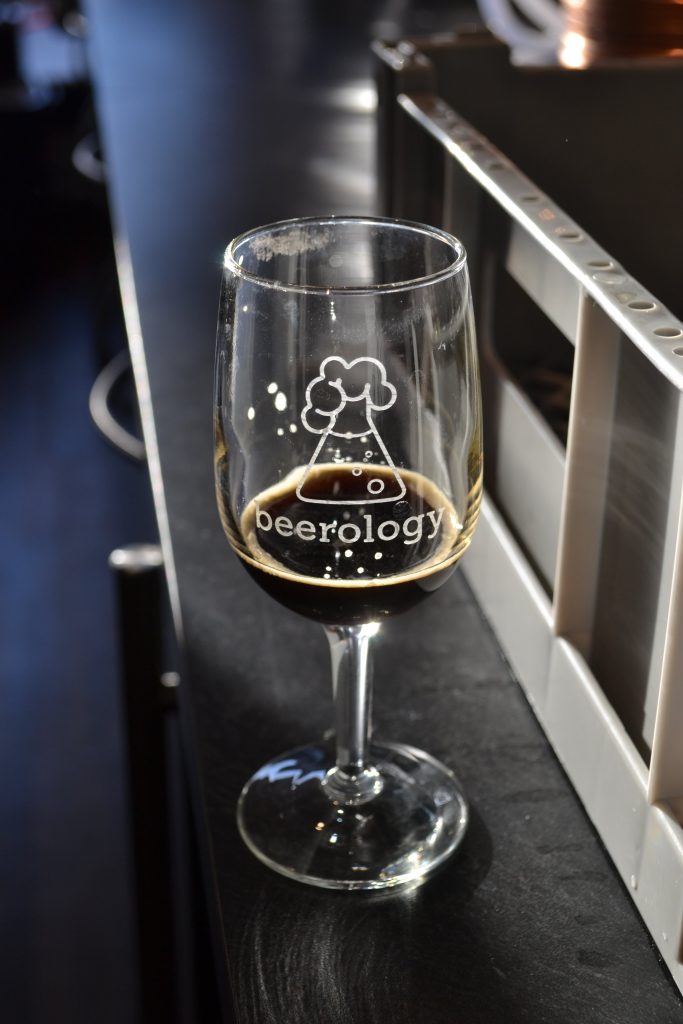 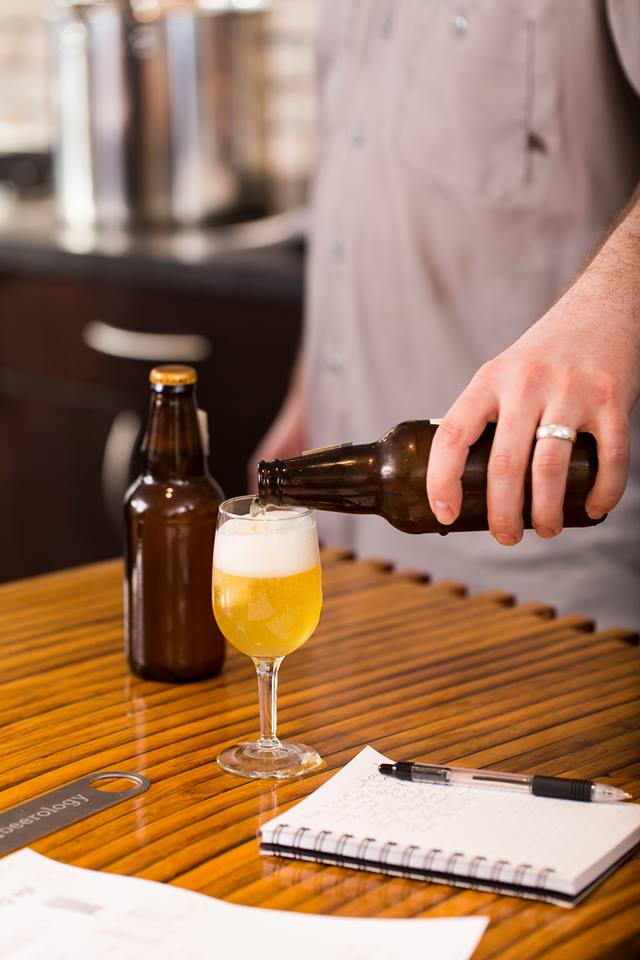 The artisanal food scene is exploding here in the Valley, and that includes a wealth of locally-crafted libations from the newest crop of area breweries and vineyards. It’s likely you know someone who wants to know more about brewing and wine making, and the perfect gift for them might be signing them up for classes to learn just that.

It’s never been easier to swing by a local tasting room to sample the liquid bounty on offer, much of it made by your friendly neighborhood small business owners. 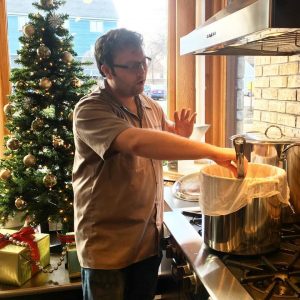 But for decades, the Valley has been home to a thriving homebrewing community as well. These passionate friends and acquaintances will swap brewing tips online, keep each other updated on local craft brew news, and gather in-person for “bottle shares” throughout the year to offer praise and suggestions for each other’s batches of beer.

Although there are several stores in western Massachusetts that sell homebrewing equipment, Beerology on Pleasant Street in Northampton stands out as a hybrid of homebrew store, beer-themed gift shop, and education center — complete with a kitchen classroom. Founded in 2016, it is the premier stop-in destination for all homebrewing questions, for customers ranging from gung-ho to mildly curious.

If you or a loved one has ever entertained a fantasy of brewing your own beer, cider, or wine, but had no idea where to begin, the day classes at Beerology are a terrific way to get started. Held year-round, these two- to three-hour classes serve as in-depth guides to brewing at home. If you’re looking for a memorable holiday gift for that friend who shows a nerdy streak for well-crafted fermented drinks, consider signing them up for a class, or handing them a Beerology gift certificate to use in-store for classes, ingredients, supplies, or swag. 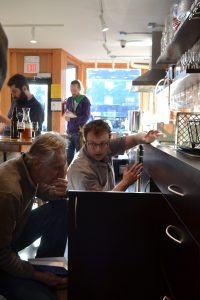 Classes at Beerology typically cost between $35 and $45. For first-time homebrewers, acquiring a set of homebrew equipment typically costs between $100 and $200, depending on the scope of the project (most homebrewers brew in five-gallon batches) and whether the brewer already owns something close to a stainless steel lobster pot. A batch of ingredients for the average five-gallon homebrew recipe costs somewhere between $50 and $60.

Beerology’s monthly class schedule is typically released two weeks in advance. The Homebrewing 101 class is offered twice monthly. Visit beerology.beer, or find Beerology on social media, for the most up-to-date news on classes and in-store supplies.

“I’m very focused on debunking brewing myths in the class,” says Mike Schilling, who runs Beerology with his wife Jordana Starr. Schilling teaches nearly every class at Beerology, from Homebrewing 101 to making wine, mead, cider, and kombucha, as well as advanced homebrewing and tasting classes. “I don’t care if you’ve brewed before or not,” Schilling says. “The classes basically get you up to what we know right now, today, in modern homebrewing.”

Schilling has been homebrewing for nearly a decade, and holds a diploma in brewing technology from the Siebel Institute of Technology in Chicago and Doemens Akademie in Munich. He was the beer buyer at Provisions in Northampton until recently, and he still teaches tasting seminars there.

One presumption worth myth-busting, he says, is the idea that homebrewing has gotten more complicated in recent years, as the market for American craft beer has rapidly grown. 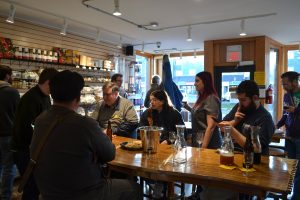 “Honestly, we don’t use a lot of fancy new equipment,” Schilling says. If you come in to Beerology for a class, you’re likely to see a simpler set of tools in the kitchen than you might expect. “The trend lately has really been to simplify, and to scale things down,” he says. “The older homebrew systems were modeled on what the big breweries were doing, which was multi-vessel. But at home, mostly you just use a basic kettle and a bag for the grain, which is like a giant tea bag. You brew with that, and then you pull out all the grains when you pull out the bag.”

For first-time homebrewers, some styles of beer are easier to make than others, says Starr, who is president of the Springfield-based SPARGE Homebrew Club. Like her husband, Starr is on the planning committee for Western Mass Beer Week, which is held annually in June.

Starr is also a lead organizer for the Western Mass Homebrew Competition, which will be held in February 2019, and which is open to the general public. Anyone interested in participating in the competition should keep close tabs on news from Beerology in the coming weeks.

“We definitely see people coming in who want to make something really specific that they like to drink,” Starr says. Although the next steps depend on the customer’s home brewing setup, Starr and Schilling are confident that they can put virtually anyone on the right track. 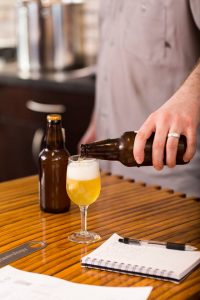 “Some beers are a lot easier to make than other beers,” she says. “If someone wants to make a brown ale, no problem. Most likely, no matter their skill level, they’ll be able to make a brown ale pretty well. It’s a more forgiving style.”

If you want to make a New England style IPA, on the other hand, you had better set yourself up to start kegging your beer, rather than bottle conditioning. Making a sour beer can prove to be finicky, given the addition of bacteria and the long period needed for fermentation. Lagers, too — which dominate the mass market in the form of Budweiser, Coors, and other big brands — are much harder to emulate at home than their clean and clear profiles might suggest.

Nevertheless, Starr has sampled some amazing homebrewed lagers, and she does not discourage any particular pet project.

“When you come in for a class, we teach you all of this,” she says. “No matter if you want to take on a harder project or an easier project, we’ll set you up and we’ll get you there. If you’re a seasoned brewer or a brand-new brewer, we’re here for you.”

“We want people to know what to expect and we don’t want people to be surprised, but we also want to encourage people,” she adds. “And we want people pushing themselves. If you don’t push yourself, how are you going to learn?”