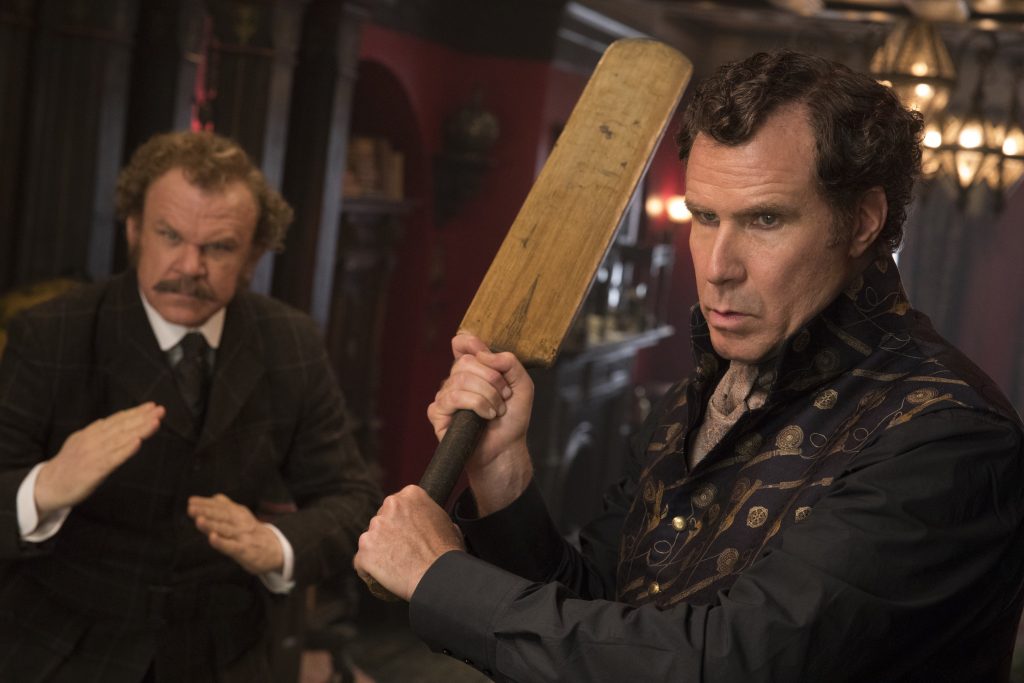 When it comes to our popular heroes, few if any can match the long and varied history of Sherlock Holmes. Sir Arthur Conan Doyle’s famous “consulting detective” made his debut in the 1887 tale A Study in Scarlet, and from the get go Holmes changed the detective game in ways that are still seen today (when sidekick-to-be Watson first meets Holmes, the latter is discussing the details of discovering crime-scene bloodstains, a century before CSI turned on their black lights). In books, television, film, and more — there have been a number of musicals, it turns out — the great mind of Baker Street has captivated young and old alike.

Most modern audiences, of course, will be most familiar with Benedict Cumberbatch’s celebrated portrayal of Holmes in Steven Moffat’s BBC series Sherlock, which brought the detective into the modern era, complete with onscreen text message subtitles. (It also introduced one of the great Watsons in Martin Freeman; it’s no easy trick to make us care more about Watson’s fate than Sherlock’s, but he does it.) This month, another actor dons the deerstalker cap to take a crack at reinventing the classic character.

British screen legend Ralph Fiennes is not that actor.

Instead, Will Ferrell and John C. Reilly follow up on their Step Brothers routine in the guise of Holmes and Watson; Fiennes is on board as Holmes’ nemesis Professor Moriarty in this new comedy from writer/director Etan Cohen (Get Hard). Here the duo battle the clock to solve a murder and avert a threat to the Queen at Buckingham Palace. Whether or not this new adventure is your cup of tea will depend a great deal on your reverence for the source material and how forgiving you are of anachronistic humor; at one point Watson gets the Queen to pose for a “self-photograph” while Holmes lectures on the how to do your best duck face. “Hey girllll,” they trill, before accidentally cold-cocking the royal with their enormous box camera.

Holmes as comedy isn’t an entirely new idea. Without a Clue is a 1988 film that reversed the polarity of the great pair: Michael Caine was Holmes and Ben Kingsley was Watson, but in this world it was Watson who was the mastermind. “Holmes,” here, is merely an invention the good doctor uses to give a public face to his crime-solving escapades; he hires out of work actor Reginald Kincaid (Caine) to play Holmes in public. And fans of Young Frankenstein may want to check out The Adventure of Sherlock Holmes’ Smarter Brother, which reunited much of the cast of the earlier movie for Gene Wilder’s 1975 directorial debut. In it, Wilder plays Sigerson Holmes, the smarter brother who resents the success of his brother “Sheer Luck.” Like most attempts at playing these stories any way but straight, this one is imperfect, but for the Wilder/Sherlock subset of fans, it’s a fascinating experiment. Whether or not Ferrell and friends are successful in their own experiment remains to be seen, but one thing seems certain: it won’t be the last we see of Holmes.

Also this month: in Shelburne Falls, Pothole Pictures wraps up its food-themed fall film series with The Lunchbox, director Ritesh Batra’s sweetly romantic 2013 film about two lives that are connected through a mix-up in Mumbai’s famous “dabbawallah” lunch delivery system. Like the older You’ve Got Mail (and other stories before it), the joy of The Lunchbox comes from watching lonely souls light up when they find each other in an often faceless modern world.