Cinemadope: A city, one step at a time 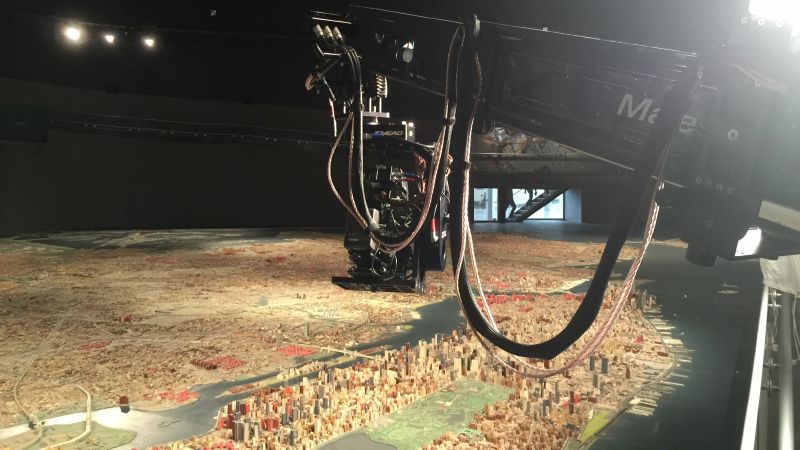 One of the best things about The New Yorker magazine — other than the cartoons, of course — has always been the attention it pays to the oddball stories of the city. For this writer’s money, it will always be Joseph Mitchell who set the bar; have a look at his classic New Yorker pieces, collected in book form as Up in the Old Hotel, and marvel at the multitude of eccentrics and peculiar personalities that form the beating heart of the city.

Mitchell may be gone, now, but the New York he knew lives on. Obsessives and subversives continue to thrive in the city’s forgotten corners and rent-controlled apartments, and their stories are just as compelling now as they were when Mitchell tagged along on seafood deliveries or visited with the “Don’t-Swear Man,” a reformer out to rid New York of profanity. This month, a documentary from director Jeremy Workman picks up where Mitchell left off.

Workman’s film is The World Before Your Feet, and it is currently playing at Amherst Cinema. In it, Workman hits the city streets to train his lens on the peripatetic Matt Green, who is on a year-long mission to walk every street in New York. You’re probably thinking, now, about the length of Manhattan, and that would indeed be a long stroll, but Green has a bigger map in mind: he’s walking all five boroughs, from the Bronx to Staten Island. In total, it comes out to be about 8,000 miles of roads, paths, bridges, and boardwalks.

Green, who is 37, has already been at his project for six years (this after an earlier trip, which took him from Rockaway Beach, Queens, to Rockaway Beach, Oregon). He had been an engineer, but gave it up when it got in the way of his walking. He gave up his apartment, too, relying on the couches of friends and strangers, and, on longer trips, the camping gear he carries with him in a converted Runabout stroller. Cat-sitting brings in a little money, which helps cover his $15-a-day budget (he also accepts donations via his blog, imjustwalkin.com).

Why, exactly, he’s doing it, Green can’t pinpoint. Perhaps it isn’t that hard to see, though — most of us have experienced the joy of a good walk in a new place at some point. The sweet surprise of finding some hidden garden or a beautiful view, or an artifact that suddenly brings the city’s past zooming right up in front of your eyes. The difference is that most people accept that the joy is a transient thing, a bit of deep-breathing between days in windowless offices. Green, though, seems to simply decide that being out and about is the obviously better choice, and so that, literally and figuratively, is the path he chooses.

Few of us could, or would, make the same choice; the film also offers an interesting counterpoint to Green’s experience by including Garnette Cadogan, a fellow walker whose perspective as a person of color is quite different from Green’s experience as a white male. But if most of us are content with an hour in the woods now and then, we can still learn a lot — not only about the city, but also about the great importance of solitude and attention — from people like Green and Cadogan. See what they do, and be reminded of the great thrill of not knowing where your day will take you.

Also at Amherst this month is At Eternity’s Gate, a new film from Julian Schnabel. Like his earlier Basquiat, this new work is another look at a visionary artist whose work would change our visual vocabulary forever. This time, that artist is Vincent van Gogh, portrayed here by Willem Dafoe. And while van Gogh is certainly no stranger to film interpretations, the combination of Dafoe, Schnabel, and co-stars like Mathieu Amalric and Mads Mikkelsen gives this one a leg up on most.