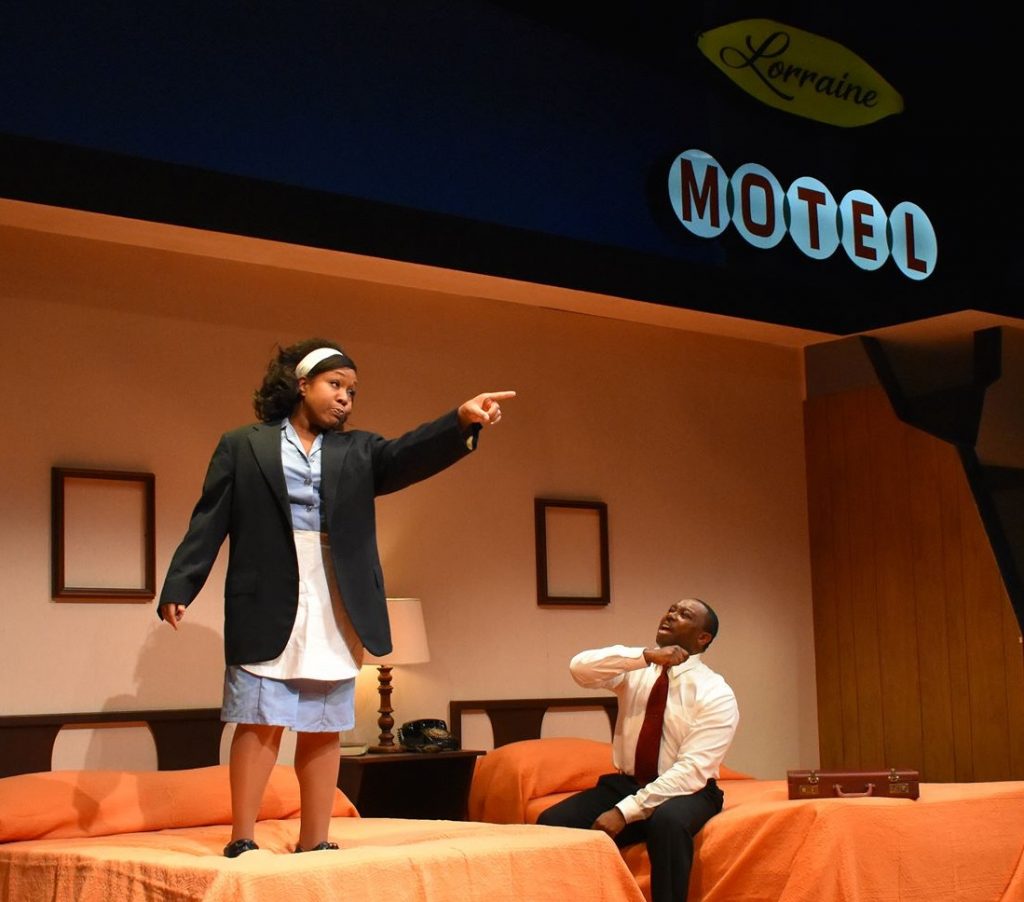 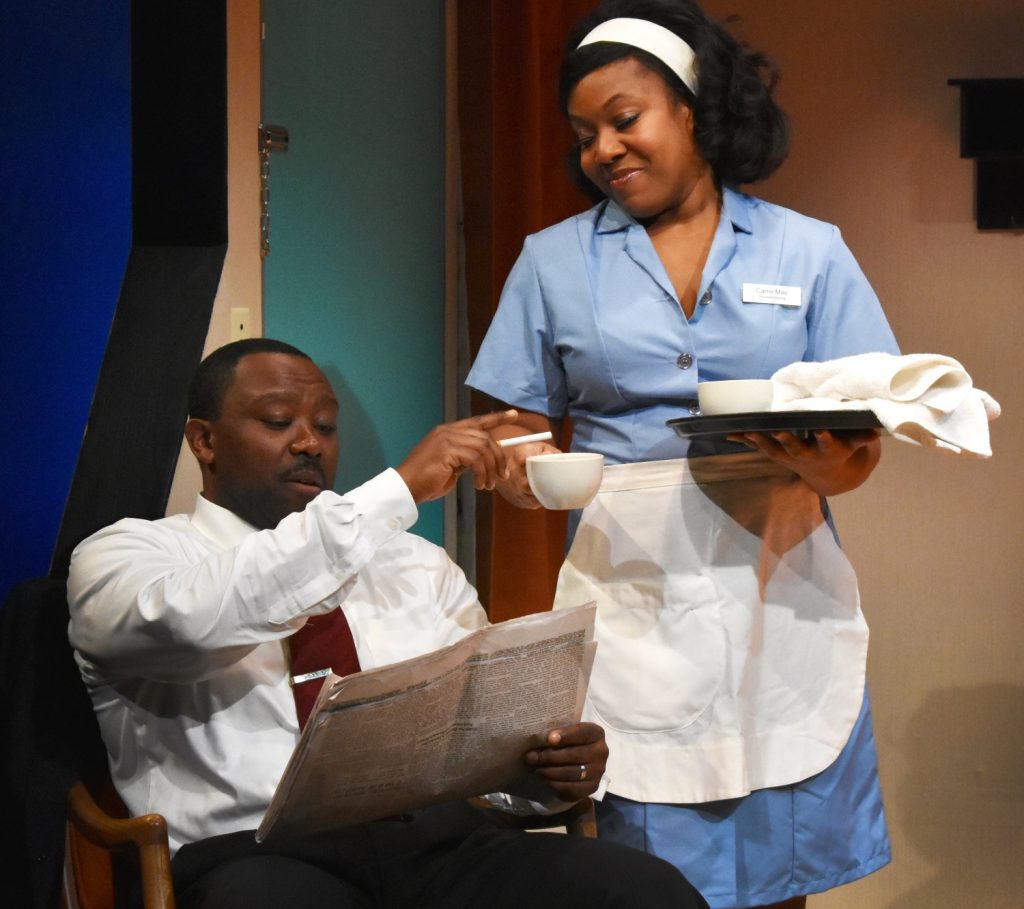 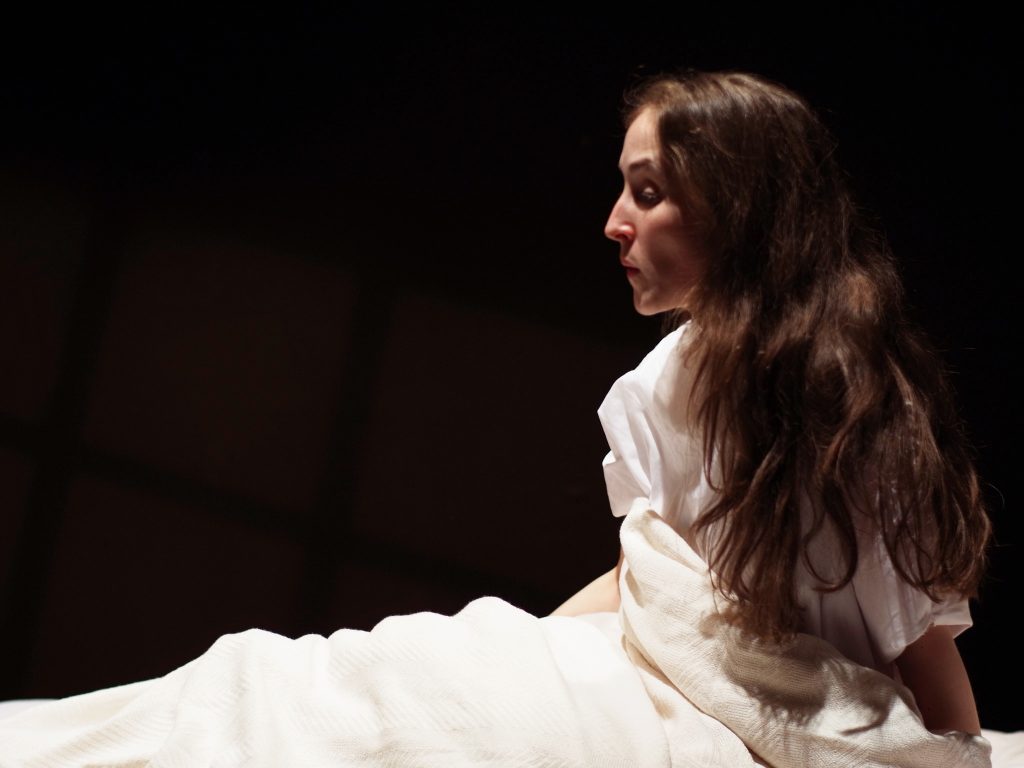 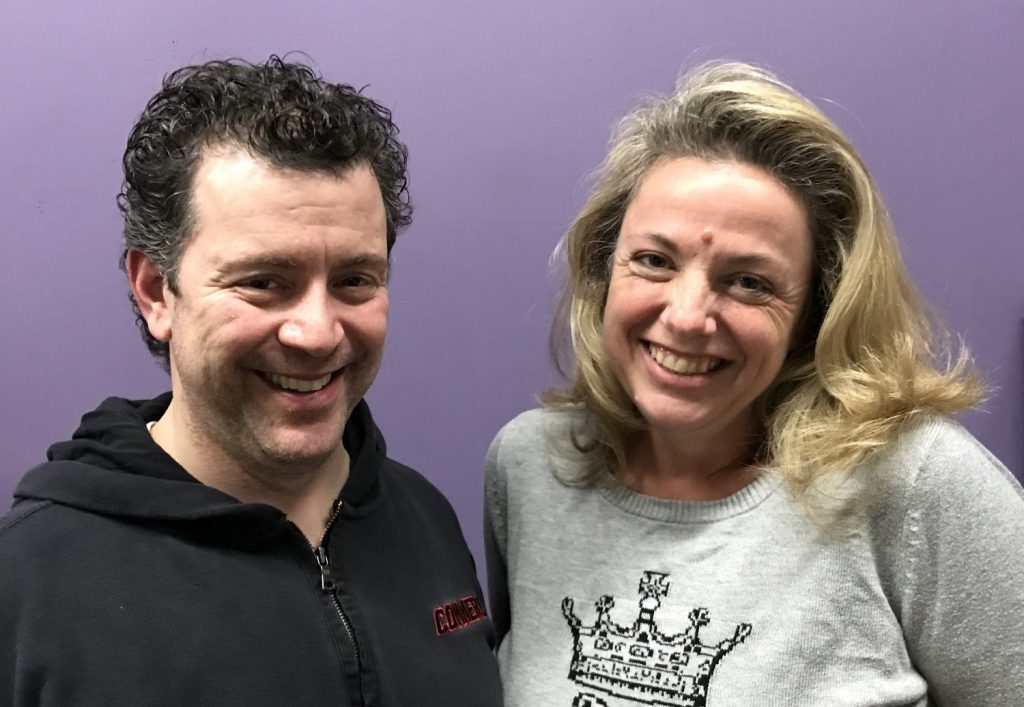 Barely two weeks into the new year and already my theatergoing calendar is crowded with upcoming shows. From an operatic Sweeney Todd to a historical fantasy to a “pseudo-historical psycho-romance,” to pick three for this month, 2019 is off to a promising start.

The Mountaintop is already playing at the Majestic Theater in West Springfield, and runs through February 10. It takes place on an April midnight in 1968 in Martin Luther King Jr.’s room at the soon-to-be-infamous Lorraine Motel in Memphis where, tomorrow, he will be assassinated. When Camae, a pretty chambermaid, brings him a cup of room-service coffee, a slowly circling destiny begins to unfold. She parries his flirtations, offers some impertinent opinions on his ethics, strategies and rhetorical style (she favors Malcolm X’s approach), then delivers a revelation that launches the play into literally another realm. 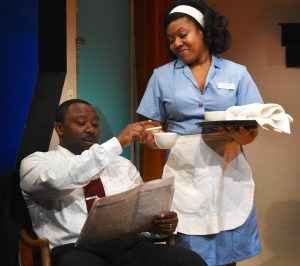 Katori Hall’s play is her tribute not only to King’s “I’ve been to the mountaintop” speech, his sadly prescient valedictory, but to her Memphis-born mother, who as a young girl was prevented from attending his final rally out of fear of violence. “It remains the biggest regret of her life,” Hall has said.

Gilbert McCauley’s production brings a pair of New York-based actors to the Valley. King is Jamil A.C. Mangan, who as far as I know hasn’t previously appeared in the area, and Camae is Lynnette R. Freeman, who definitively has. In addition to a couple of memorable turns on Berkshire stages, she galvanized three productions at New Century Theatre – an exhilarating actor who’s high on my list of must-see performers.

Next weekend, January 19, the Academy of Music Theatre in Northampton presents an early-season contender for Most Intriguing Title – Shut UP, Emily Dickinson. Written by Valley-based Tanya O’Debra, who plays the title character, the show also features Gregg Bellón as everyone else. It’s directed by Sara Wolkowitz, with original music by Andrew Moreyellow. 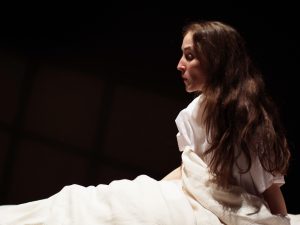 The show’s publicity describes its iconic subject as “poet, recluse, a**h@le” and “the definition of a difficult woman … holed up for all eternity in the bedroom of our minds.” The text is loosely rooted in the plaintive love letters Dickinson addressed to an unnamed “Master” – just one of the many mysteries that feed her legend. O’Debra told me she fashioned the piece to imaginatively fill in some of the “massive holes in the collective knowledge” about the poet. “The burning question seems to be about all the time she spent out of everyone else’s sight. We’re all so nosy! So I decided to go there and show that side of Emily Dickinson, forcing her to battle her demons right in front of us.”

O’Debra said she has included “a hefty dose of anachronism,” much of it in the form of “my personal specialty, which is foul language and filthy jokes.” And with as much playful ambiguity as Dickinson’s own poems, she added, “In a nutshell, Shut UP, Emily Dickinson is the love child of Samuel Beckett, Joan Rivers, and a turtle.”

Also at the Academy, Panopera, the Valley’s eclectic opera troupe, performs Sweeney Todd, the Demon Barber of Fleet Street, January 25 and 27. Alan Schneider, a founder of the artist-led company, told me he believes Stephen Sondheim’s grand guignol is “the closest thing to the great American opera that’s ever been done.”

Quoting a program note for the upcoming production, he added, “Sweeney Todd is a tale of revenge, told as much through the music as anything else, it is extremely sophisticated musically, requires a high level of musicianship and vocal skill of its cast, and many, many characters meet their bloody end. If that’s not opera, I don’t know what is.” 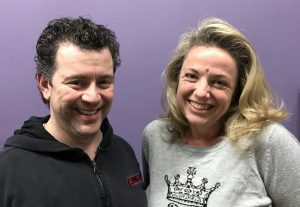 Presented in celebration of Panopera’s fifth season and Sweeney Todd’s fortieth anniversary, it’s the group’s first English-language production. While opera companies often provide supertitles even for works in English, this one won’t. “There’s lots of dialogue,” Schneider told me, and as for the singing, “Our diction had better be up to snuff.”

The performance will feature the full original orchestration – “a rare thing, even on Broadway,” Schneider noted – with a 24-piece onstage orchestra. It’s directed by Kate Saik, with music direction by Scott Bailey. The cast of 18 “singing actors” includes a couple of veterans of Valley stages, musical and legit, Stephanie Carlson and Sam Samuels. Ramsey Kurdi and Janna Baty (pictured) take the roles of  Sweeney and his pie-making partner in blood.