Stagestruck: Having a Go, Script in Hand 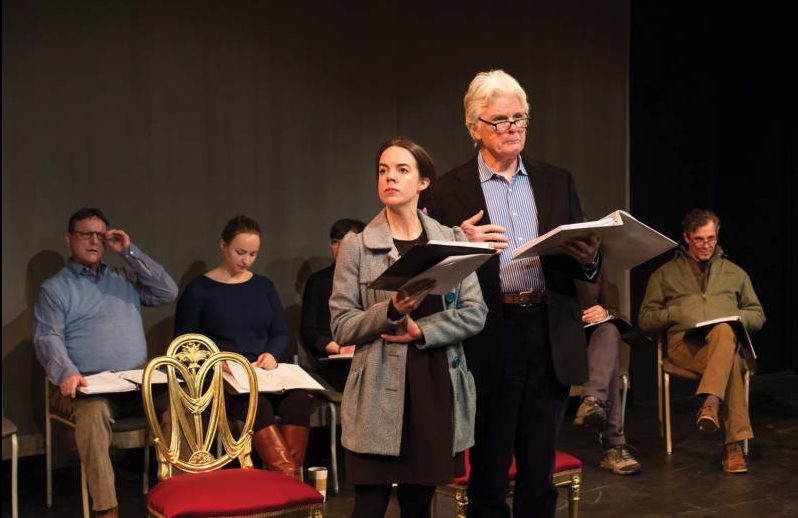 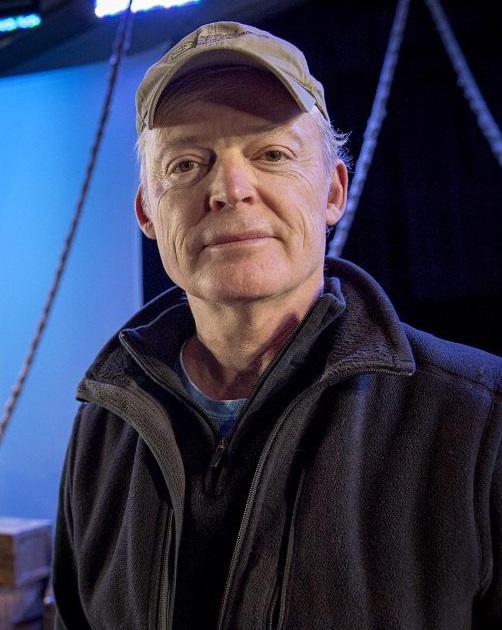 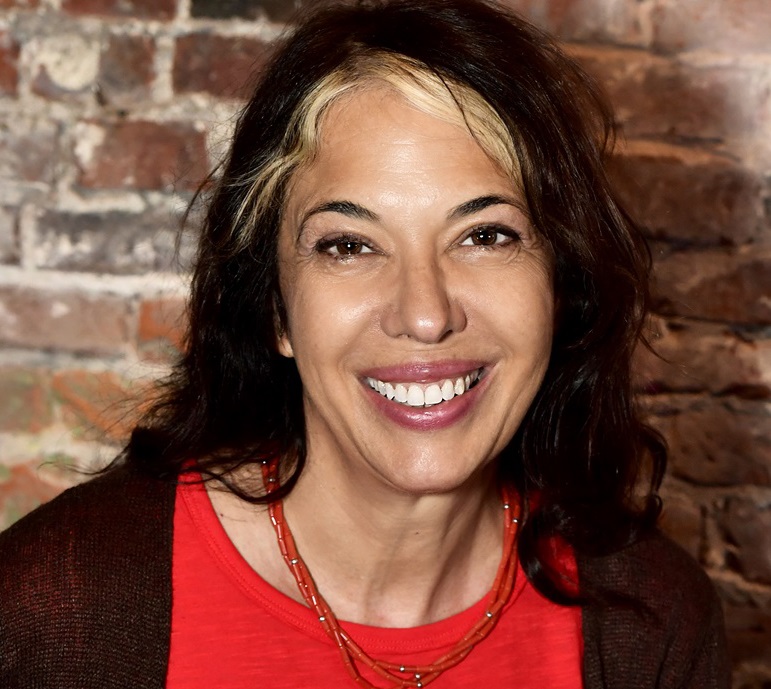 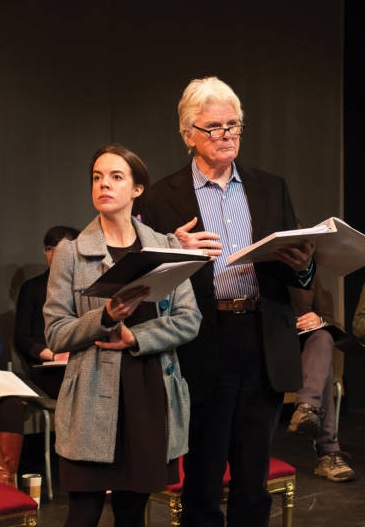 Allyn Burrows, Shakespeare & Company’s artistic director, calls it “a great way to get out in the middle of winter … a great opportunity for the audience to let their imaginations just run wild.” It’s the theater’s annual Studio Festival, a weekend of bare-bones readings of plays brand-new and not-so-old, performed by company members and guest artists. 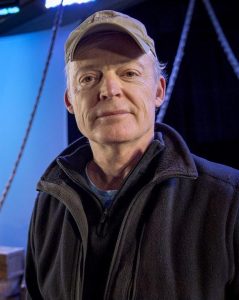 This year’s lineup, Saturday and Sunday Jan. 19-20, reflects the festival’s dual purpose – to have a look at scripts that might be fully produced in the future, and to have an informal go at plays S&Co wouldn’t necessarily produce but would like to have a go at anyway.

The readings, some simply staged, others presented “park and bark”-style, with the actors stationed at music stands, “put a strong focus on the language and the connection between the actors,” Burrows says. “We take the raw material, and we work it in a way that makes it alive and gives you something to think about. All the emotional value is there, all the impact is there, because this is what these playwrights have poured themselves into.” After a few hours’ rehearsal, “We bring out the scripts, we flip on the stage lights and we dig into the material.” 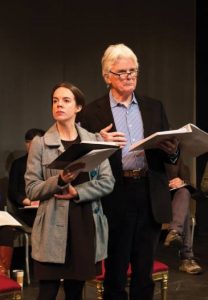 Saturday, 1 pm – Longing, by Berkshire-based playwright Lee Kalcheim, whose play-with-music Coming Back Like a Song was premiered this past summer by the Berkshire Theatre Group. This new play revolves around a man’s past love affairs and his current broken marriage. As the blurb on the company’s website has it, “Henry is about to turn 50. He has lost his job. His wife and he are just separated. He has moved in with his father. And it’s a comedy.”

4 pm – Luna Gale, by Rebecca Gilman, “a heartbreaking and unforgettable tale of love and betrayal,” which Valley audiences may remember from New Century Theatre’s 2015 production. When a veteran social worker takes a baby away from the teenage parents, she “sparks a family conflict that exposes a shadowy, secretive past.”

7 pm – The Night of the Iguana, Tennessee Williams’ steamy, lyrical 1961 classic, set in a stifling Mexican hotel where a group of lonely souls play out “themes of man’s relationship with God, sexual desire, loneliness, jealousy and confinement,” linked by the play’s metaphor of a captive iguana straining at its rope like the humans’ frustrated dreams.

Sunday’s schedule features a pair of new scripts by women, tackling topical themes.
Note: This date has been moved to Sunday Jan. 27 because of the storm. 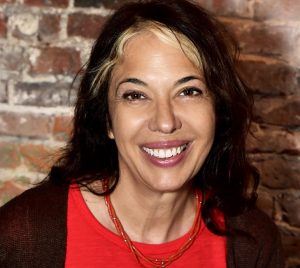 1 pm – Mariel, by Boston-based playwright/performer Melinda Lopez. In the wake of the mass migration of Cuban refugees in 1980 known as the Mariel Boatlift, two of those immigrants “grapple to find their place in a new America.” They are Antonia, an attorney juggling a variety of personal and professional challenges, and Ramon, whose “lost-cause pro-bono case” is assigned to her after his arrest for possession. The case “blows up into an immigration nightmare, and Toni and Ramon find they share a past.”

4 pm – Never Not Once, by Carey Crim, who seems to enjoy equivocal titles – her Morning After Grace opened S&Co’s season last summer. This one, Burrows says, is about “date rape and its consequences – its effect on individuals and society.” The website blurb is more oblique, speaking only of a young woman with two moms and a desire to discover who her father was. “The fallout and complications force the whole family to confront the past in order to have any hope of moving on to a better future.”