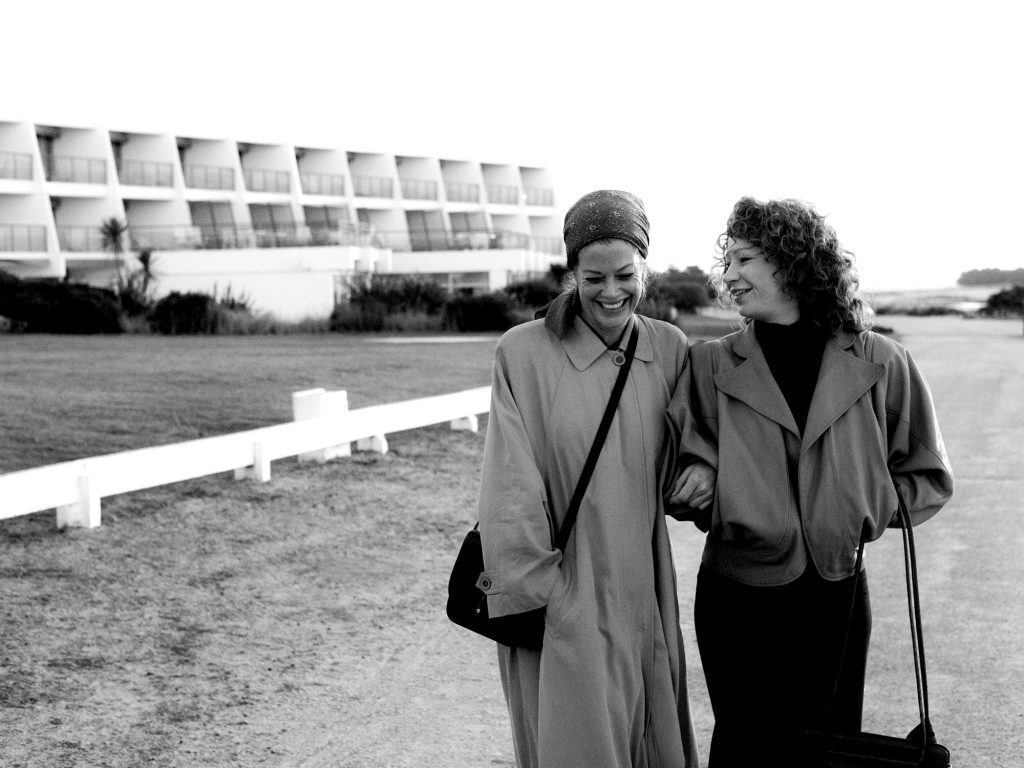 Some years back, one of my many day jobs had me working a small newsstand. Mostly, it meant selling local papers and coffee, and, once a month or so, packing up all the glossier magazines that hadn’t sold during the previous weeks. Those days were like spending hours in the check-out line at the supermarket, surrounded by the suntanning flesh of celebrities caught (sometimes literally) with their pants down. 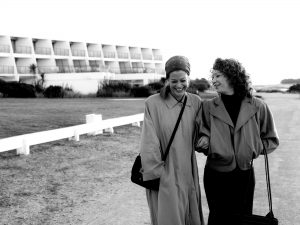 I don’t read much of those today, but I was reminded of them when looking over the new release 3 Days in Quiberon, director Emily Atef’s new film about a telling moment in the life of German-French film star Romy Schneider. Schneider, a legendary actress whose fame on these shores never reached the levels she enjoyed in Europe, was a celebrity who caught the spotlight early; she was just 17 when she made her breakthrough, playing Empress Elisabeth of Austria in the 1955 film Sissi. The Sissi films — it was followed quickly by two sequels — made her a household name on the continent, but also began her less than friendly relationship with a gossipy press.

When Hans-Jürgen Syberberg made Romy: Anatomy of a Face for German television in 1967, Schneider spoke bitterly of a press that couldn’t (or wouldn’t) separate the woman from the actress. By 1981, when she gave the raw and emotional interview that forms the backdrop for Atef’s story, what had changed the most was Schneider’s willingness to play the game.

Speaking to two Stern magazine reporters at a French health spa on the coast of Brittany, Schneider (here played by lookalike Viennese actress Marie Bäumer) was caught among any number of crises: processing the suicide of her first husband, separating from her second while trying to maintain a relationship with her son, battling kidney cancer, and trying to detox from a lifestyle too heavy on sleeping pills and stiff drinks. As the days run on, the star’s mood bounces from high to low, nudged in either direction by endless cigarettes and the needling questions of reporter Michael Jürgs (Robert Gwisdek).

Again, Schneider was never the name here that she was at home, and that might make 3 Days in Quiberon a harder story to tell to American audiences, at least in its particulars. But as anyone who has ever picked up an Us Weekly could tell you, the gossip mill that is the celebrity press business is still alive and well. As one of its earlier victims, Schneider — who would pass away just a year later, at 43 — deserves to have her side of the story told.

Presented as part of Amherst’s New Films From Germany series, the Sunday screening is free to members but will also have tickets available for the general public.

Also this month: music fans would do well to check out the Yiddish Book Center in Amherst on the 20th, when they screen Alison Chernick’s film Itzhak, a new documentary about the famed violinist Itzhak Perlman. Diving into the life that molded the music, Chernick’s portrait shows the polio survivor and child of immigrants who believed in himself — and in the transcendent beauty that music brings to everyone from Bach and Brahms to … Billy Joel? Perlman, a 16-time Grammy winner who is widely considered the best violinist in the world, knows no musical bounds. Helping tell his story are fellow musicians, and friends and admirers like Joel, Alan Alda, and Perlman’s wife, Toby.