Monte Belmonte Wines: How NOT to Open Wine Like an Ah-So 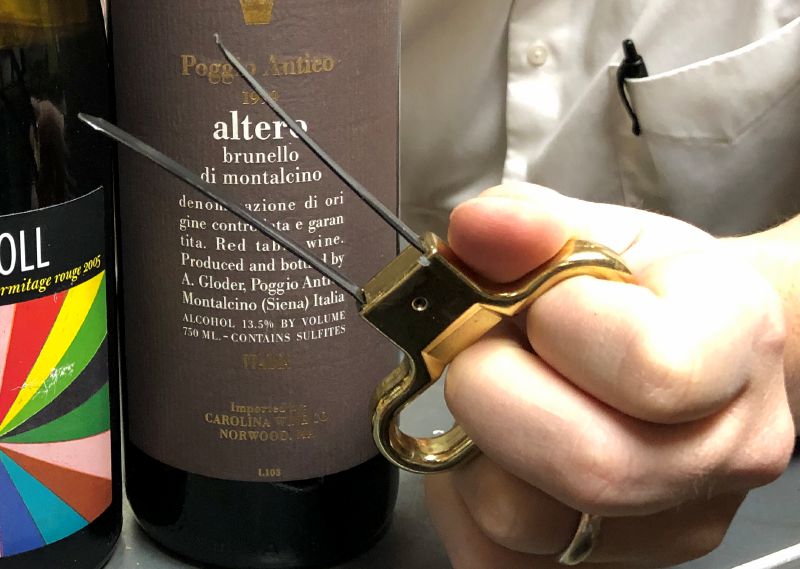 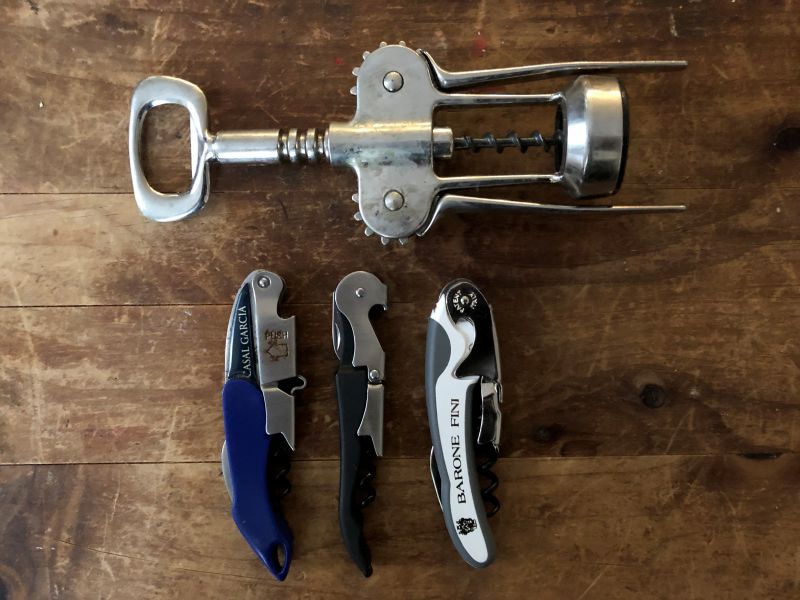 “How do I use this wine opening contraption?” “What if I get cork in the wine?” “What if the cork breaks in half?” “Why didn’t I just buy the one with the screw-cap?” “Can you please open this for me?” Being the closest thing my family has to a “wine expert,” it became clear this past holiday season how terrified some people are to OPEN a bottle of wine. No need to fret. Opening a bottle of wine should not be cause for alarm. With a few helpful hints and a little practice, you can soon be opening wine like a sommelier. Well, opening wine like a somm might be excessive. They meticulously cut the foil around the rim. They maintain eye contact with their guest the whole time. How about we just attempt to open wine, like, without fear? And I’ll throw in a few examples of extreme wine opening, for dramatic flair. 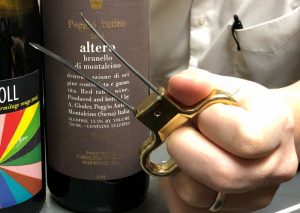 Screw-caps: I’m going to assume you got this one. Righty-tighty. Lefty-loosey. Screw-caps are actually better than corks when it comes to preserving the wine. They avoid the so-called “cork taint” that appears in a surprising percentage of wines that use actual cork corks. But if screw-caps seem too gauche for you, you can act all snobby and refer to screw-caps by their proprietary name “Stelvin closures.”

Wine Key: Also referred to as a “waiter’s friend.” This is my go-to. Especially the hinged ones. You can use the little knife that pops out Swiss-Army-style to cut the foil around the rim. However, with most bottles you can actually just grab the entire foil and rip it completely off the top of the bottle with one good yank and expose the entire beautiful naked glass neck and the cork. Then, aim the point of the screwy part of your corkscrew — called “the worm” — at the center of the cork. Turn the bottle to get the worm worming. And then, turn the key until there is one turn of the worm left. You will not have gone all the way through the cork. Use the hinge on the metal part of the wine key, called the bootlever, on the lip of the bottle and lift the cork halfway out. Then, use the bottom of the metal bootlever to pull the cork the rest of the way out. Voila!

The Ah-So: AKA “The Butler’s Friend.” As funny as the word “butler” is, “ah-so” is so much more fun to say because of the body part and curse word that it evokes. “What kind of ah-so uses an ah-so to open a wine?” The kind of ah-so that hires a butler, that’s who. The ah-so is that funny looking two-pronged wine opener that could be a weapon, or a sex toy that perhaps someone could use on their ah-so. But before you poo-poo this type of opener, having an ah-so is essential if you are drinking old vintages whose corks are in danger of splitting. They are also good for rescuing split corks. First, you insert the longer prong next to one side of the cork. Next, you shimmy the shorter prong around the other side. Then, pinch that loaf! Pinch, wiggle, turn, and squeeze one out. But be careful, if you push too hard on the ah-so it may flush the cork down the neck into the wine. Plop! 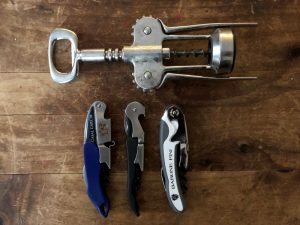 There are also countless Inspector Gadget style openers, but don’t waste your money. I am not even going to bother explaining those.

Sparkling wines: The American Academy of Ophthalmology releases a public service announcement every New Year cautioning us about sparkling wine, saying if you’re not careful while opening, “you’ll shoot your eye out, kid.” Those corks can fly out of the bottle at a speed of upwards of 50 miles an hour. That’s as fast as a Red Ryder bb. Carefully, remove the cage around the cork. Throw a dish towel over the top of the bottle if it makes you feel safer. The real tip here is: hold the cork, turn the bottle. “The big wheel turns the little wheel,” as my friend Ruby Rob Swan often says. You can ease the cork out with a whisper. If you are going for dramatic effect: make sure you’re not aiming at anyone, and make sure your ceilings are high enough, force that cork out with your thumbs and let ‘er rip. For even MORE dramatic effect …

Sabering: I’d leave this one to the experts. I’ve actually only done it once, but it is WICKED fun. You are literally using a saber to cut the top off of a bottle of wine. I’ll say again; Don’t do this. But when you do it, take a bottle of sparkling wine and GO OUTSIDE. Take the cage off the cork. Find the glass seam running along the side of the bottle. Take something hard (like a flipping SWORD, if you have one, or a butter knife, or you can even do it with a wine glass) and run it swiftly down the seam, aiming past the end of the cork. When you hit the lip, the glass top of the bottle, cork and all, should explode off at a dangerous speed. You are likely to lose a good amount of wine at this time but DO NOT DRINK FROM THE BOTTLE to stop the wine from hemorrhaging. You just broke the top off of a bottle and that glass is razor sharp. If you try this at home, please do not sue the Valley Advocate or me.

Tonging: My lifelong friend and DC-area sommelier, John Coco, tipped me off to this one. This is actually an 18th-century method of beheading vintage Port bottles whose corks were in danger of ruination. It involves scorching-hot iron tongs, ice water, making the glass weak where you hot tonged the bottle and breaking it, and then pouring hot wax over the broken glass to make it safe for pouring. I’ve never tried this one, but what could possibly go wrong?

The Shoe Method: I HAVE tried this one and it is a real crowd pleaser. Fellow local wine snob Ken Majka from SHARE Coffee and I went through a phase of experimentation with this method. Both of us had better success when doing it with a high-shouldered Bordeaux bottle. Turn the bottle upside down and whack the bottom with your shoe, which will create a bubble. Take off the cork’s foil. Place the wine bottle inside your shoe with the bottom of the bottle at the heel of the shoe. Then SLAM the bottle and the shoe against something virtually unbreakable, like a concrete wall. Do it over and over and over and trust the shoe will act as a shock absorber and your bottle won’t break into your shoe. That bubble you created will keep urging the cork out until you you can grab it with your hand and pull it out. This method once saved me in a pinch when I had no opener. And I once wowed a crowd at the Waterfire in Downtown Providence, who at first thought I was angry or insane, but soon found out I was just jonesing for my trapped vino.