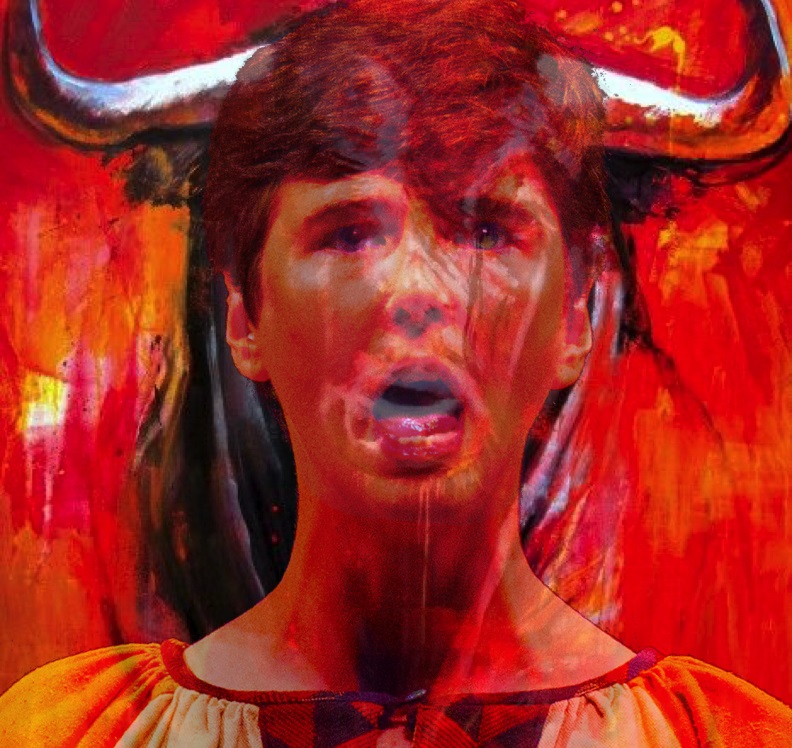 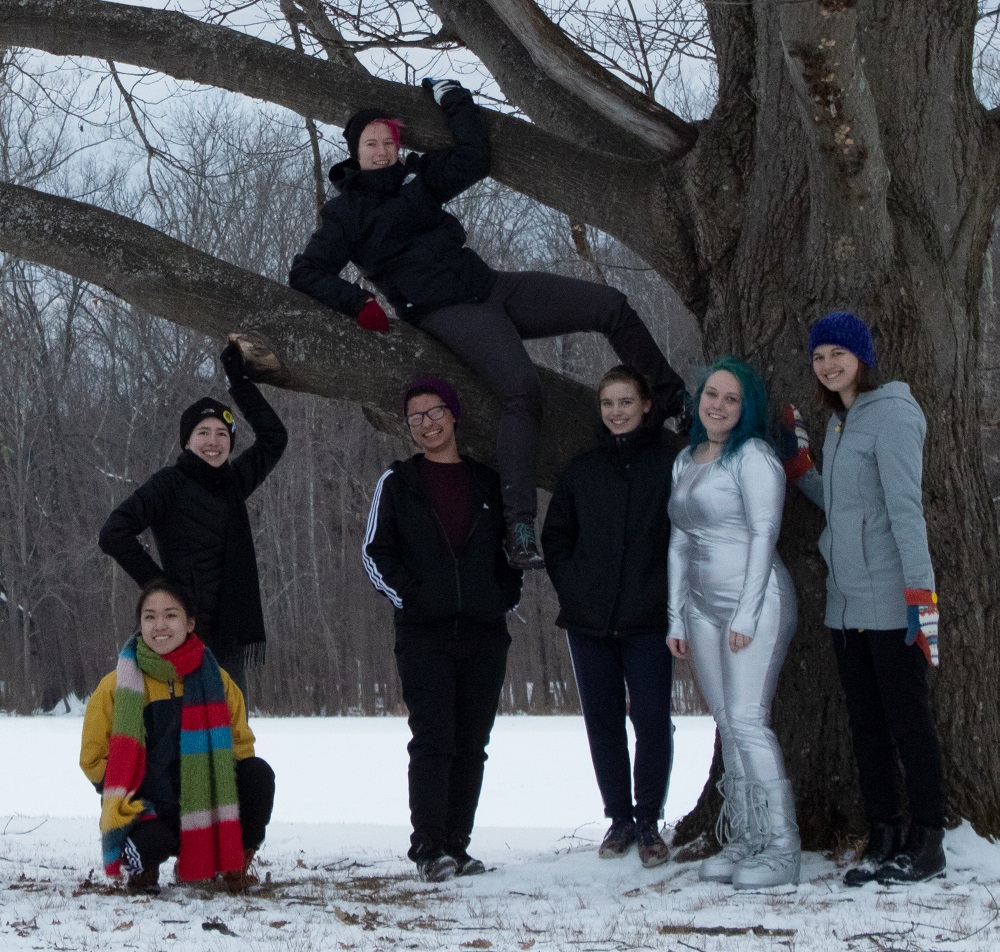 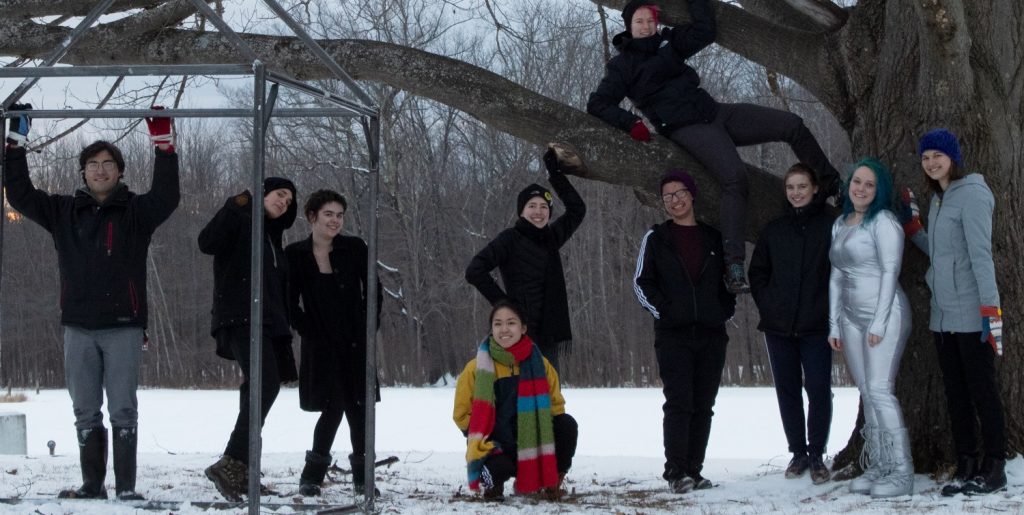 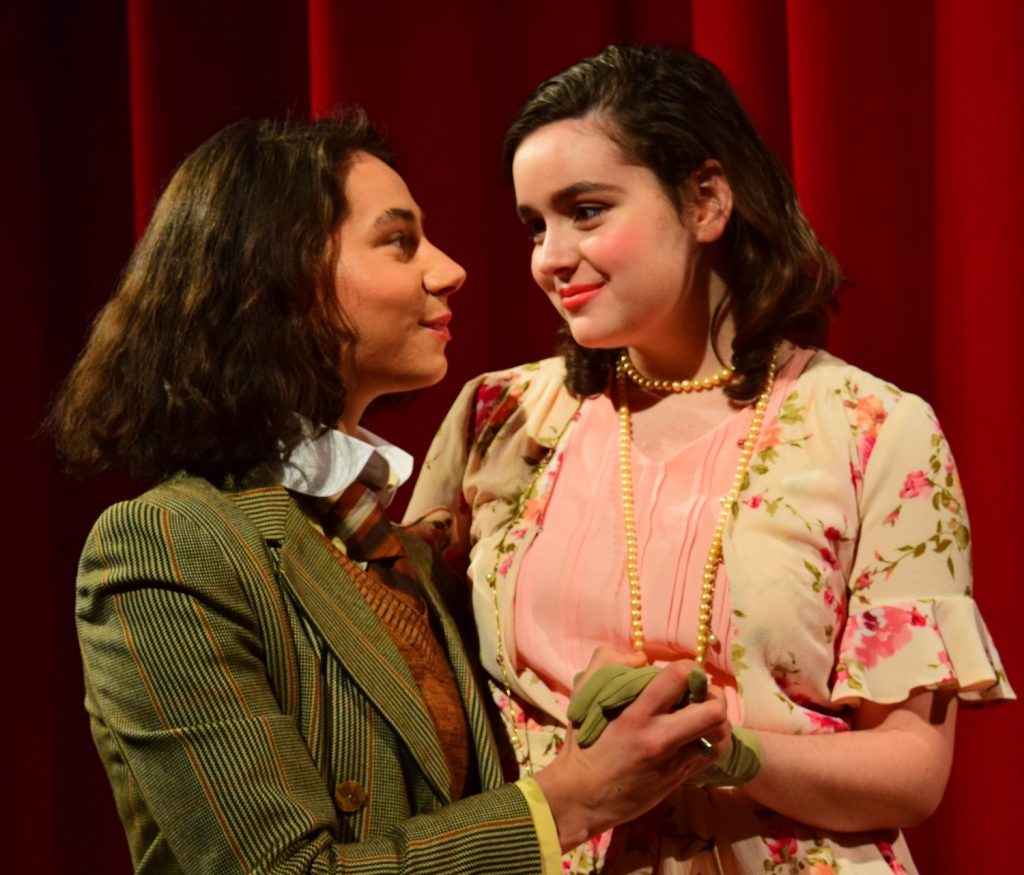 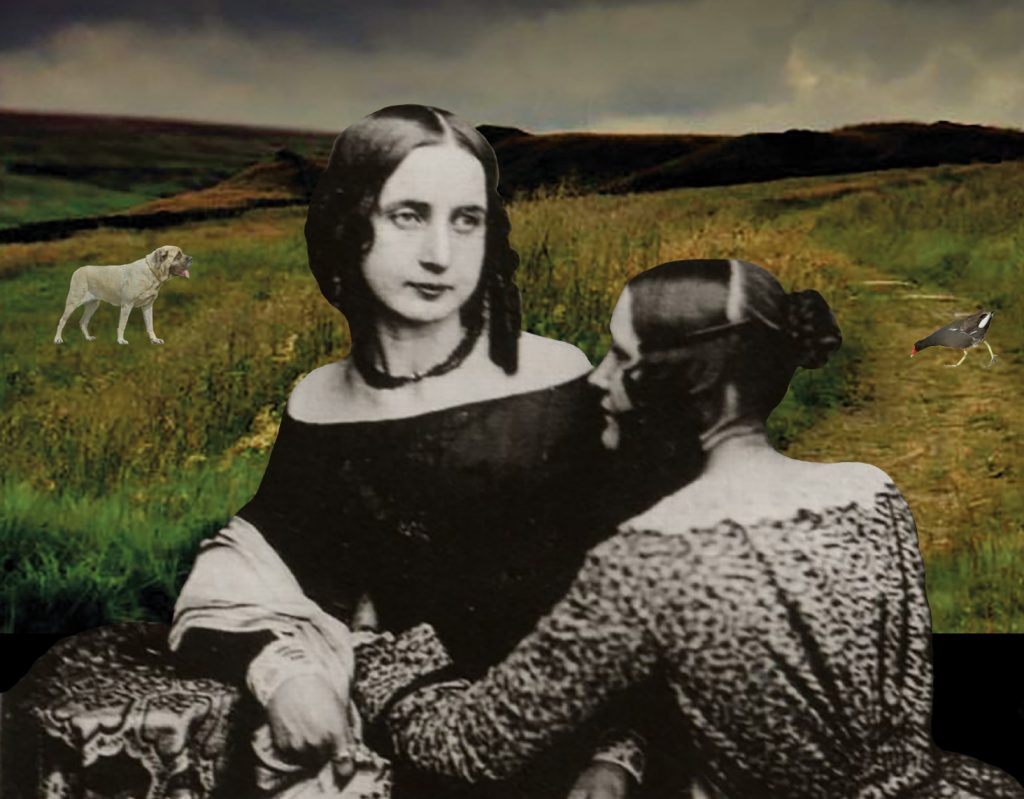 How’s this for genre mashups: Brontë gothic in which two of the characters are animals. Wildean romcom in which all the actors are women. Golden Age Spain in which a woman lives as a man. Multidisciplinary invention in which diversity seeks community. Renaissance tragedy in which the title character uncannily resembles a certain megalomaniac of today.

Such are the parameters of upcoming productions on Five College stages this month and next. All of them find, in a variety of theater traditions and period styles, the means to explore both roots and relevance.

This weekend and next at UMass, the theater department presents Wild Thing, professor Harley Erdman’s new translation of a 1613 play by Luis Vélez de Guevara. Its title character is Gila, a young woman who defies a powerful military officer – and who identifies as a man.

“Gila doesn’t role play,” Erdman told me. “She doesn’t dress as a man as a ruse or a ploy, à la Twelfth Night or As You Like It. She simply says she is a man. Her assertiveness and defiance – on top of the fact that she expresses love for other women – make her way-‘non-normative’ compared to any other dramatic character I’ve encountered from the time period.”

The original title’s “La Serana” is hard to capture, meaning a “highland” or “mountain” girl or woman. Wild Thing, Erdman said, with apologies to the Troggs, “is short and sweet and catchy, ‘wild’ captures the idea of the Spanish serrana, and ‘thing’ is not only gender neutral but reflects the negative way Gila is viewed by others.

“It is a big, messy play with a lot of crazy, improbable goings-on – over-the-top, larger-than-life, folkloric, and also very funny in places,” he added. “It also resonates not just with 21st-century ideas of gender fluidity, but also with #MeToo, since Gila becomes a warrior and rebel on behalf of all wronged women.” 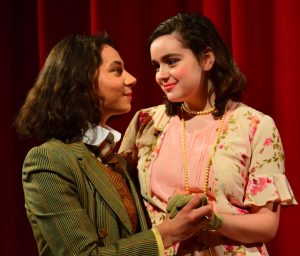 Speaking of gender fluidity, at Mount Holyoke College, The Importance of Being Earnest, Oscar Wilde’s classic boy-meets-girl comedy of manners and mistaken identities, fields an all-woman cast. “But that has more to do with casting the best actors than a specific concept,” explains Noah Tuleja, who directs it.

Tuledja told me he chose the play, which runs Feb. 21-24, “for a couple of reasons. I felt it was important to give our students a chance to work on a high-comedy style piece. The second, of course, is its perennially fabulous nature.” And there’s a third: “A comedy is exactly what we all could use right now, especially in the depths of winter.”

Tuleja has set the 1895 play in the early 1920s, at the dawn of the Jazz Age  (costumes by Eleanor Schanilec). “Think Downtown Abbey. The younger characters are firmly in the Twenties, while the older characters, Lady Bracknell and Miss Prism, still retain their Victorian-era roots.” 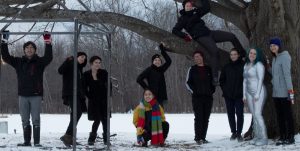 At Hampshire College next week, a collaboratively created show continues the student-run Theatre Board’s season-long focus on “the voices and experiences of marginalized identities … forging a container for voices to speak in the manner that they choose, with an emphasis on collaboration in our community and beyond.”

The Intimacy in Motion Project, Feb. 20-24 in the Studio Theatre, is “a devised exploration of emotion, education, and social justice, framed by the question What situation or feeling do you desperately want others to understand?” It takes on a more desperate understanding within the present uncertainty over the college’s very existence. Combining music, theater, dance and multimedia, it’s “an encouragement for all of us to share in community understanding.”

Jen Silverman’s whimsical dark comedy The Moors, at Smith College Feb. 22-March 2, takes place in Wuthering Heights country, 1840s Yorkshire. There, two spinster sisters lead lives of quiet desperation in the company of a peculiar governess, a mastiff and a moorhen. (The dog and bird are performed by humans, everyone costumed by Cora Grant.) 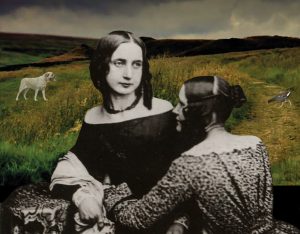 The playwright has said that she likes “to use a genre as a container, and then within the safety of that container make it unsafe, blow it up, make it present-tense and dangerous.” The director, Smith senior Isabelle Brown, seconds that appraisal, adding that she finds the play “funny, mysterious, and sometimes outright bizarre.”

Within its Victorian-era themes of “forbidden love and betrayal,” Brown says the piece “feels very contemporary. I was moved by how beautifully it touches on the most basic human needs, such as the need to feel seen and loved. It also deals with themes of isolation and loss, which are emphasized through the setting – a lonely mansion in the middle of the foggy, elusive moors.”

And next month, March 21-23, Amherst College mounts Christopher Marlowe’s Doctor Faustus, about the guy whose greed and arrogance tempt him to sell his soul to the devil for earthly power. It’s the senior honors project of actor Wes Guimaraes who, according to the director, Ron Bashford, “is interested in raising political and existential issues by analogy and metaphor, rather than through direct depiction of current events.”

That said, Bashford adds that he himself is interested in the devilish doctor “because of his narcissism – his fragile ego. I will let you draw comparisons to today.” It’s staged “in modern dress but somewhat in the past,” Bashford says. A cast of 11 play some three dozen roles – “punk, drag and gender-bending, in a totalitarian state full of corruption.”