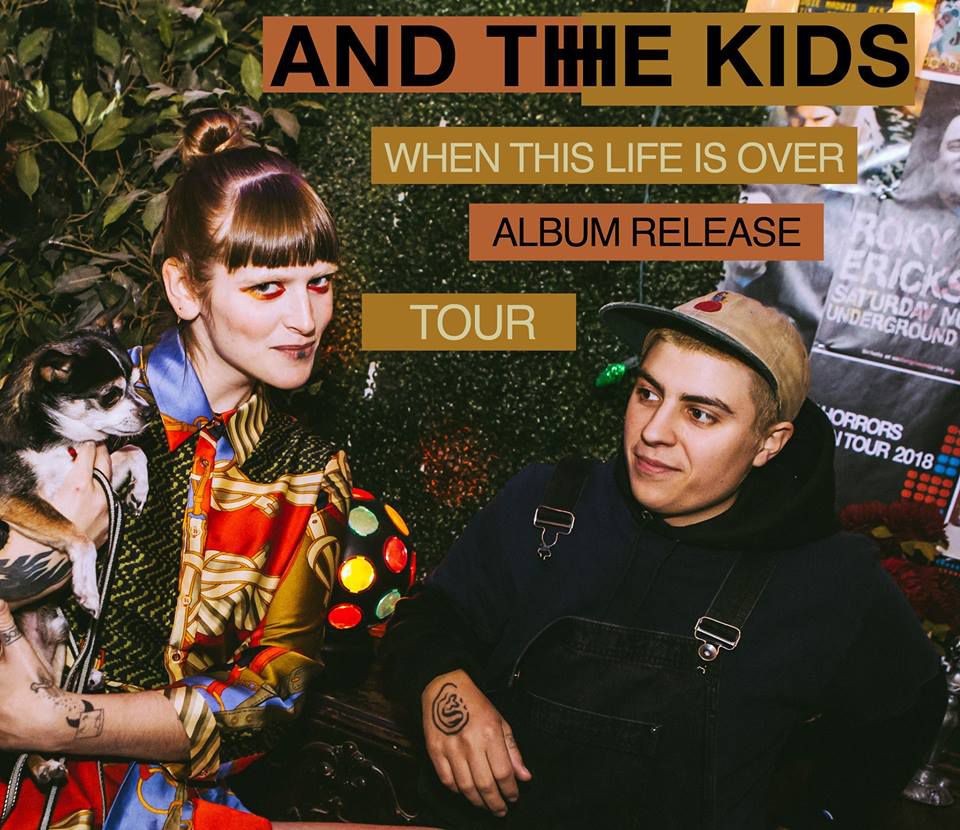 Signature Sounds recording artists And The Kids from Northampton have made a name for themselves throughout their active musician years in the Valley. They’ve been locally and nationally covered and very recently had a live set at Paste Magazine that was streamed through social media. They are about to release their latest masterpiece on Feb. 22.

Guitarist and vocalist Hannah Mohan and drummer Rebecca Lasaponaro first met in junior high, playing in a handful of bands scattered throughout their school years. Later, when the two interned at the Institute for the Musical Arts in Goshen — run by rock legend, June Millington — was when the duo met up with Megan Miller. Miller’s forte was percussion and synthesizers, and 2015 brought their first full length album. Later that year they went on tour.

They’ve had non-stop coverage since then and have played countless shows. “I think we’ve gone through different stages of growth,” Mohan said. “We go through stages of wanting to experiment and stages of wanting to just let things flow naturally and that’s what I think this album is for me.” Last year they even opened up for punk legends Blondie at MASS MoCA. “I don’t remember my first exact thoughts but we were VERY excited! It was hard to really believe!” Mohan said.

Their third album, When This Life is Over is whimsical indie rock with raw lyrics. The opening track, “No Way Sit Back” leads you into the constant pretty sounding, easy-to-dance-to, feel-good songs.

On “Butterfingers,” their recent single, the synthesizers make me happy. I like the guitar riffs in this one, and as I listen, I crave a butterfinger and sunny skies. “I took a shitty job so we could all hang out.” I love this song.

“The writing usually starts with a melody maybe only on vocals, guitar or keyboards,” Mohan said, explaining the band’s writing process. “Sometimes songs can come from improv jams as a band. But mostly the melody starts in my head. I’d have to say the most inspirational thing for new songs is watching other bands perform. I love getting that need to play after watching someone else rip.”

“Champagne Ladies” is a track that could easily take center stage on this album. I love the lyrics all throughout the album, and this one in particular has life mottos written all over it; “Life is a bastard, life wants to kill you, don’t get old.” Check out the video on YouTube.

“I’m excited about all of them but in particular we put some bedroom demos on!” Mohan said, telling me more about the songs on the album. “‘Somethings (are) Good,’ ‘Get To That Place’ and ‘When This Life Is Over’ are the ones that were recorded in a chill setting by ourselves.” You can hear that lovely static feel in all of these tracks, giving it a different vibe. It’s like someone turned the radio off and switched over to vinyl. “Oh yeah, ‘2003’ we recorded ourselves as well, but way more hi-fi,” Hannah said.

“It was cool to record them ourselves so they come out exactly how we’d wish. A lot of times I like our demos better then the cleaner studio recordings of us. It feels more genuine,” she said.

Like I mentioned earlier, the lyrics on this album are gold and “White Comforters” may have one of my favorites: “white comforters will always seem dirty … I feel so stupid in my mind, sometimes all the time.” This is a line that I think everyone can relate to at least once in their lifetime, or once a day, even.

The album closes with “Basically We Are Dead” the song title questions. Was this whole album leading up to our demise, metaphorically? Are we even real? Who knows, but it’s pretty. I dug the tie into on the chorus of “Champagne Ladies” towards the end of the track for a brief moment before the album takes its last breath.

When This Life is Over releases on Feb. 22 while And The Kids are in the start of their national headlining tour. They’ll play their hometown show at The Parlor Room in Northampton on April 20. I’d suggest buying tickets early, that place is lovely and packs up quickly and surely a show like this will sell out quick!

Jennifer Levesque writes the monthly column, Valley Show Girl, you can reach her at www.valleyshowgirl.com.