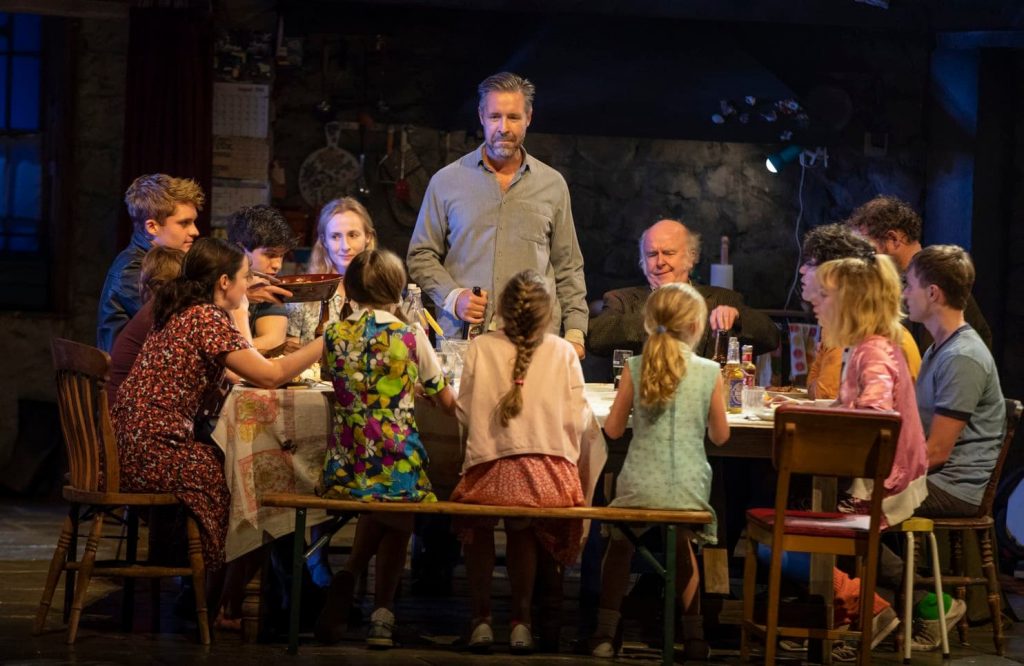 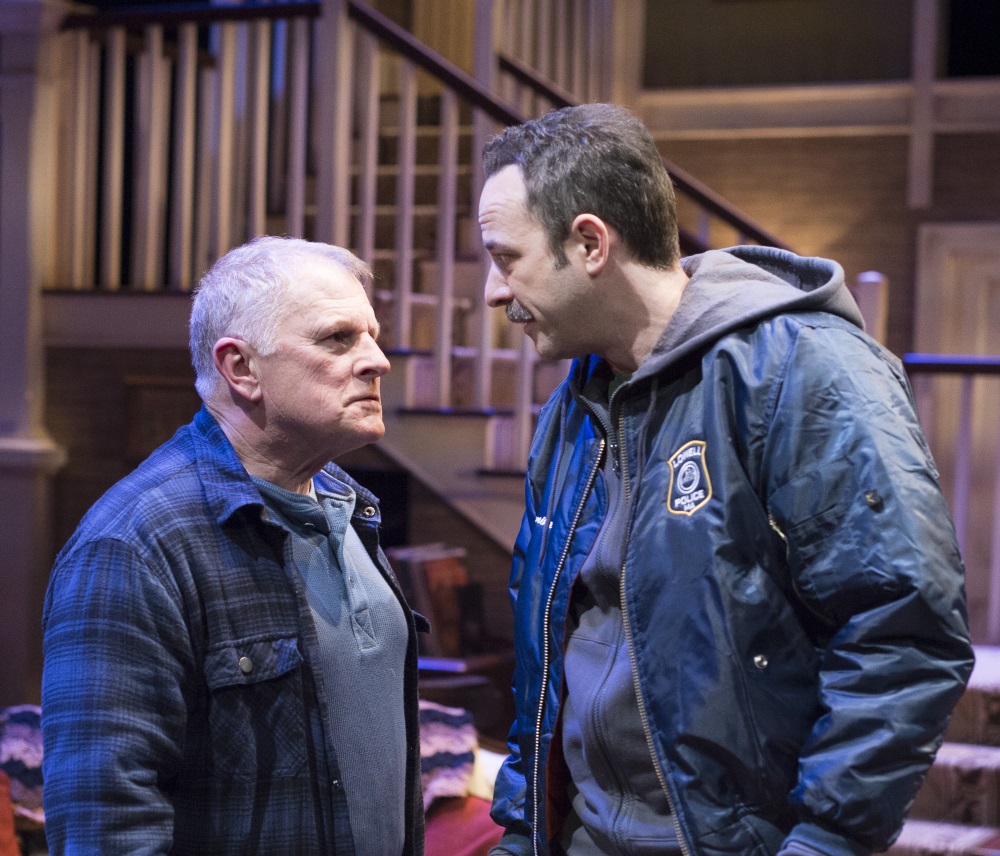 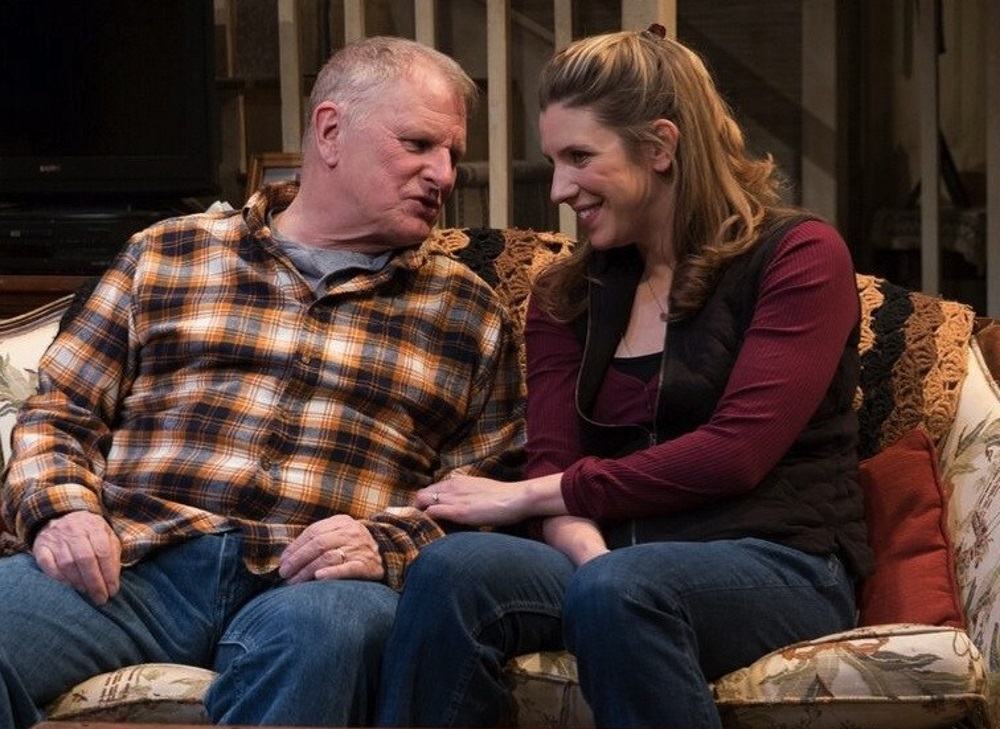 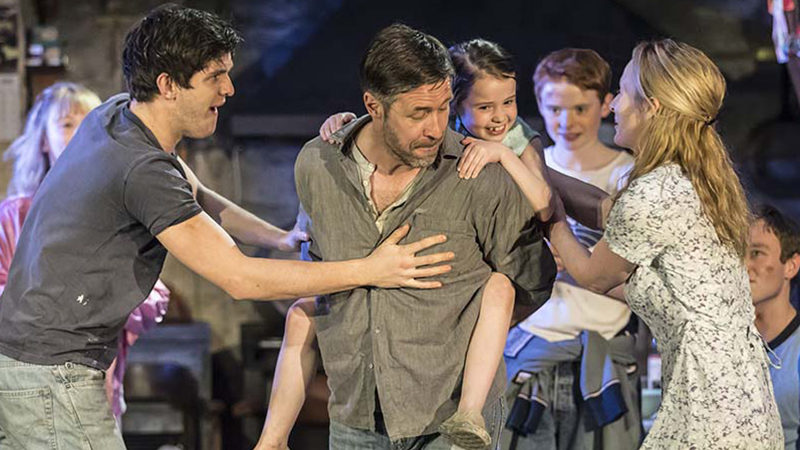 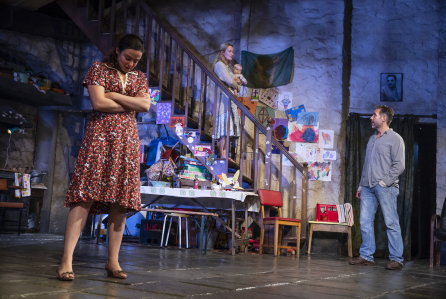 At first glance, you’d think the two plays I saw in New York City last week have little in common. One is an international import from London to Broadway, the other an Off-Broadway transfer from a small regional theater in Vermont. One is twice as long as the other and fields a cast four times as large (and costs more than twice as much to see). One is set in Northern Ireland in 1981, the other in eastern Massachusetts in the present day. One is a seriocomic family drama shadowed by contemporary troubles, the other is – okay, wait … a seriocomic family drama shadowed by contemporary troubles.

Seeing both The Ferryman and Trick or Treat in one day, I couldn’t help noticing similarities in the two plays, despite very different approaches to quite different subjects. For a start, they’re both about Irish Catholics, and – perhaps not coincidentally – a fair amount of whiskey is consumed. Both revolve around questions of loyalty and duty, violence and murder, and in both, conflicts in the nation play out at home.

Trick or Treat, the smaller and slighter of the two, is by Jack Neary, co-founder of New Century Theatre, where many of his plays have been produced. It premiered two years ago at Vermont’s Northern Stage, and is now running at 59E59 Theaters, a non-profit venue dedicated to giving regional theater shows a bite of the Big Apple.

It takes place on Halloween (thus the title, whose significance otherwise escaped me) in a modest lower-middle-class home not a million miles from Neary’s hometown of Lowell. Michael Ganio’s set metaphorically reflects old familiar ways beset by new realities – a flat-screen TV sits atop a black-and-white console, but the Red Sox-logoed throw rug retains pride of place. 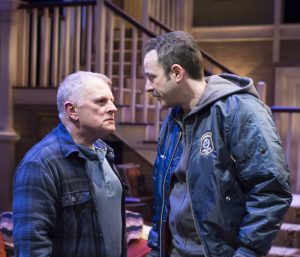 Neary’s script is a bit of a change from most of the gently acidic comedies of his we’ve seen on Valley stages. Where easygoing comedy usually guides the way into the story, here there’s a dramatic shock at the outset, but one that quickly gives way to edgy humor, before a classic switcheroo propels the piece into the realm of farce – which in turn is prelude to painful revelations.

We meet Johnny, a retired ex-cop, dispensing candy (“We always give out the big bars”) to the neighborhood kids while anxiously awaiting the arrival of his daughter, Claire, in order to tell her that he’s killed his wife, whose Alzheimer’s has been aggressively claiming her. They are joined by son Teddy, a police captain with a nasty temper and a vicious reputation (he once killed a suspect). These two themes – euthanasia and police violence – wind through the play, bubbling under a plot that dispenses laughs and blows in almost equal measure.

The production, smartly directed by Carol Dunne, reunites the original Northern Stage cast. The players include David Mason and Kathy McCafferty, both well known to Valley audiences from numerous appearances on the New Century and Majestic Theater stages. Mason is truly scary as hot-tempered Teddy, striving to control a situation that gets progressively out of hand. McCafferty stirs the pot as the annoying neighbor whose meddling drives a lot of the comedy (and the family to distraction). 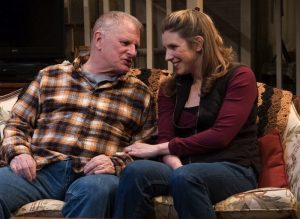 In the central role of Johnny is Gordon Clapp, another familiar face if you remember him as amiable, bumbling Detective Medavoy in NYPD Blue. Here he’s gruff, panicky, confused and tender, often in quick succession, in an ultimately touching performance. Jenni Putney is an exasperated, pissed-off Claire, coping gamely with paternal and fraternal meltdowns, and Kathy Manfre is sweet and poignant in a surprise appearance later on.

Jack Neary can’t help being funny – his plays ride on sharp one-liners and comic predicaments, but there’s always heart in the laughs. If in the late going the chaotic farce turns toward tragedy and dark secrets tumble out, almost jostling each other for their turn, there’s heart there too.

I felt much the same way about the endgame of The Ferryman which, about three hours in, explodes in sudden disclosures, confessions and reprisals – a bit too much at once. But that’s a quibble with one of the richest theatrical experiences I can remember.

Almost every minute of Jez Butterworth’s three-hours-plus epic is bursting with energy, passion and yes, humor and heart aplenty. The production, directed by the protean Sam Mendes and featuring most of the original London cast, is this season’s must-see Broadway hit – as I can attest, having been told, “You must see it!” by countless friends and relatives.

It evolves over one late-summer day on a farm in Northern Ireland near the border with the Republic during what’s known as The Troubles, when enduring bitterness over the country’s partition and maltreatment of Catholics in the Protestant north played out in guerrilla warfare between the “provisional” wing of the Irish Republican Army and Loyalist paramilitaries. 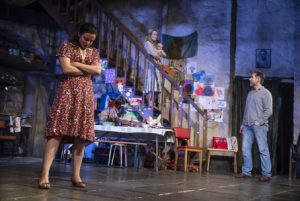 That conflict haunts the action, set in the farmhouse kitchen on a festive day of harvest-time labor and celebration. Rob Howell’s expansive set is far bigger than rural reality, but it has to make room for the harvest banquet, complete with uninhibited dancing, as well as the play’s 22 characters, most of them members of the extended Carney family.

At the family’s center, and the play’s, are Quinn Carney and his sister-in-law Caitlin, whose husband was murdered ten years ago by the IRA as a suspected informer. Also under this roof live Quinn’s invalid wife Mary and their seven children, his waspish aunt and scholarly uncle (both named Pat), “Aunt Maggie Far Away,” lost in her yesterdays, Caitlin’s brooding teenage son Oisin, and the farm’s sweet, slow-witted handyman, Tom.

All these people, closely enmeshed in each other’s daily lives, partake in the broad scope of the play – harsh lives buoyed by family and lightened by joy, their communal pursuits and private exchanges enacting the sometimes chilly embrace of history and memory. The cast, across-the-board-fabulous, is headed by British film and TV fixture Paddy Considine and Laura Donnelly, Butterworth’s partner, in whose own family story the play is rooted.

Trick or Treat runs through Feb. 24 and The Ferryman, having extended its original run, plays at least into July. While the two shows represent distinct poles in the theatrical landscape, they converge around a timeless message – that blood is thicker than water, or in this case, whiskey.