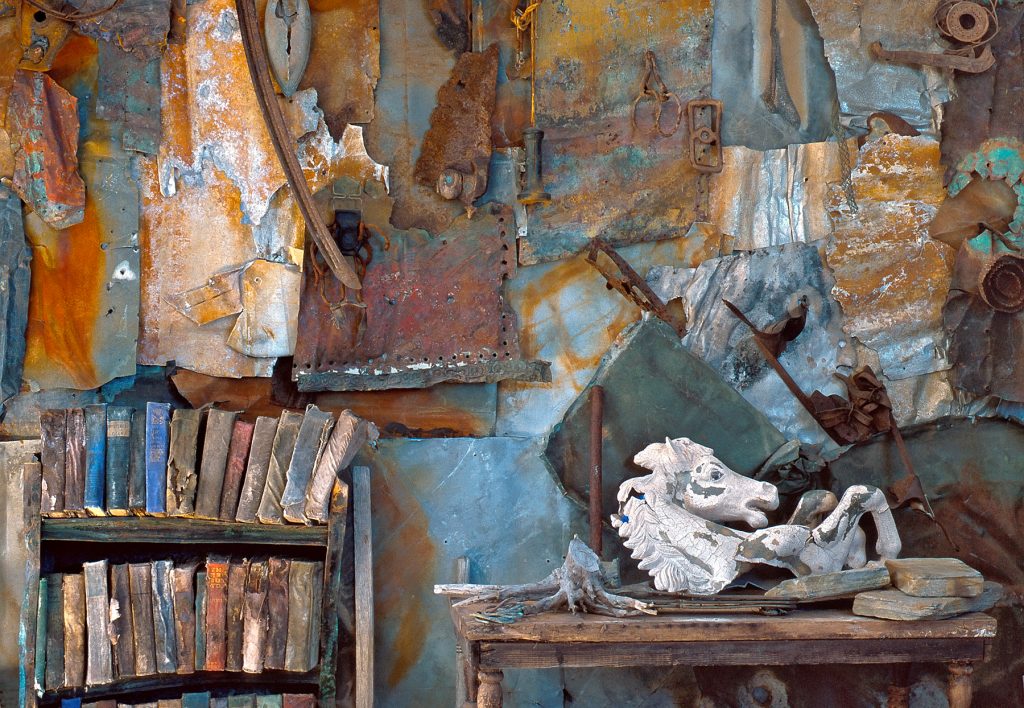 The photography of Rosamond Purcell is work that often feels plucked from another period. Her artistic impulse — what filmmaker Errol Morris described as “the contemplation of things that other people would normally just ignore” — harkens back to a time when many artists were also de facto naturalists, dealing with cadavers, carcasses, and the process of decay in the service of creating a new way of seeing the world around us.

But while the old masters may have been sizing up the dead for their anatomical studies, Purcell turns to junkyards and museums for her inspiration. Seeing something of note in what others discard, these cast-offs and forgotten things are imbued with a new vitality when the photographer trains her lens on them. One hesitates to say they are reborn: they remain collections of bones and feathers, dust and decay. But there is no doubt that they are transformed — and so are we, the viewers.

An Art That Nature Makes is director Molly Bernstein’s 2015 documentary about the photographer and her work, and this weekend it returns to the Valley for a special screening. Co-hosted by Historic Northampton and A.P.E.@Hawley Street, the event will bring Purcell and film producer and Northampton native Alan Edelstein to town for a pre-screening reception as well as a Q&A and book-signing (she has published many over the years, both on her own and with collaborators like the late paleontologist Stephen Jay Gould).

Reservations are encouraged if you’re thinking of attending; head over to historicnorthampton.org to sign up.

Across the bridge, the Science on Screen series continues at Amherst Cinema with Symbiotic Earth, director John Feldman’s 2017 look at the life and ideas of Lynn Margulis. A “scientific rebel” who challenged the male-dominated world of evolutionary theory — her idea that symbiotic relationships between organisms helped drive evolution was ridiculed when she first proposed it, before gaining widespread acceptance in the ensuing decades — she was also a local, familiar to many as a professor at UMass Amherst.

Margulis passed away in 2011, controversial to the end (she felt that the 9/11 attacks were a false-flag operation). Her son, author Dorion Sagan, will be on hand to discuss his mother’s “evolution revolution,” and the fiery spirit that helped her change scientific history.

Also at Amherst: the world’s first “Iranian Vampire Western” comes to town as part of the cinema’s Late Nights series when A Girl Walks Home Alone at Night screens on Friday the 22nd. Directed by Ana Lily Amirpour (The Bad Batch), the Farsi-language feature is set in Bad City, where a lonely vampire is feeding on the general hopelessness of the town’s populace — until a strange kind of love finds its way into the darker corners of the night.