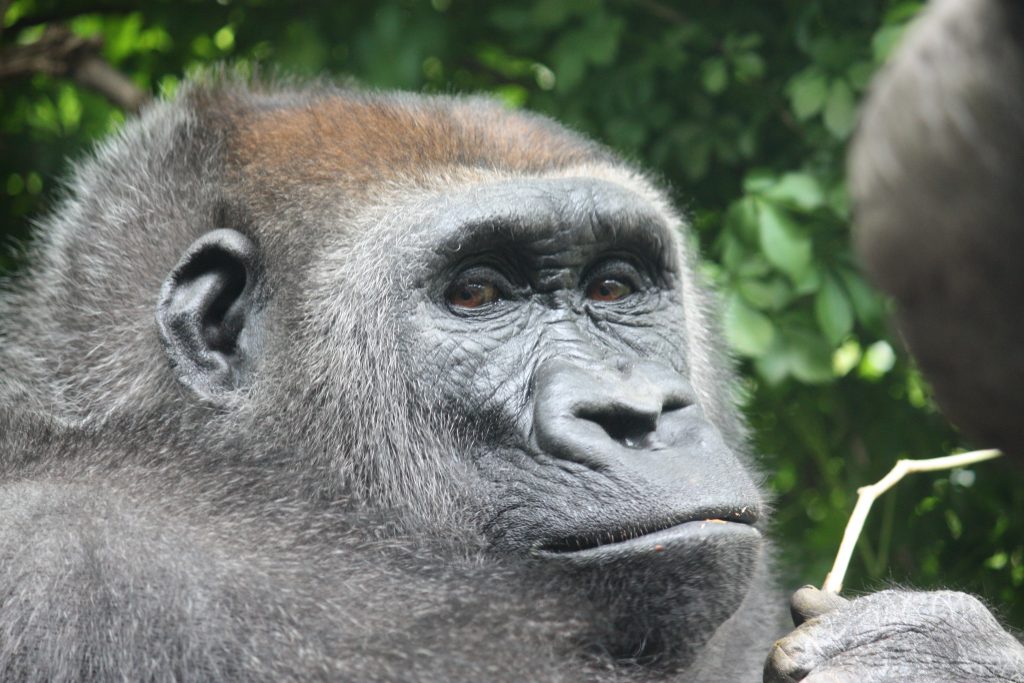 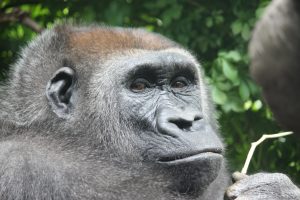 Police in Sulphur, Louisiana, arrested a man wearing a gorilla suit, who allegedly broke into a home and hid underneath a mattress before his arrest. According to local news outlets in Louisiana, officers saw the costumed man walking through yards and had received calls about a suspicious person gazing into homes. The man ran into a home as officers approached and was then discovered hiding under the mattress. He was charged with resisting an officer, unauthorized entry, meth possession, and wearing a mask. In Louisiana, a person convicted of wearing a mask in public can be sentenced to three years in prison. Exceptions such as holidays and religious purposes are allowed, however.

Combing through the salad

This past Friday, the New York Times published a lengthy piece about Democratic presidential hopeful Sen. Amy Klobuchar that probably won’t help her win the presidency. The piece started with an anecdote about her management style — she once ate salad using a comb and then made a staff, who lost her fork, wipe it off. The article is part of a series about the Minnesota senator, which essentially depicts her as a bad boss based on accounts from anonymous former aides. In other anecdotes in the New York Times story, Klobuchar allegedly threw a binder into the air and hit a random bystander.

Two men from Florida were recently arrested in Ohio after they were found in possession of $84,000 worth of cocaine hidden inside a couple of boxes of Lunchables, which were definitely not parent approved. An Ohio State Highway patrol officer pulled over a rented Ford F-150 because it was driving down the Ohio Turnpike in a “dangerous manner,” according to the officer’s report. You would think trafficking cocaine and driving in less than conspicuous manner would be a no-brainer to avoid. Apparently not.

How do you get approximately 30 tons of whale flesh out of the water and into the middle of the jungle? That’s a question some Brazilians undoubtedly had upon discovering a 26-foot-long humpback whale in a mangrove forest in northern Brazil, according to a post by Brazilian conservation group Bicho D’agua. The deceased beached whale, believed to be a year old at the time of its death, was found 49 feet from the river beach on Marago Island.

A barber in Hanoi, Vietnam, is offering customers free haircuts, but the catch is that the styles are not only bad, but are inspired by two of the arguably worst political leaders in the world. The barbershop offers cuts of President Donald Trump’s comb over and North Korean dictator Kim Jong Un’s high cut. This is probably one of the only times anyone should ever pass on a free haircut.

A court in Germany recently ruled that a dog owner isn’t fit to carry a firearms license after his dog shot him with his own rifle. The Munich administrative court dismissed the man’s appeal to remove his license to own a rifle and his hunting permit. The man was shot in the arm in 2016 after his dog accidentally pulled the trigger on a loaded rifle that was lying in his cart. Now, imagine what would happen in a court in the United States.

A German-made grenade from World War I was recently discovered in a shipment of imported potatoes at a potato chip factory in Hong Kong. It has since been destroyed by Hong Kong police and no one was injured after the grenade was discovered sleeping among the spuds. The grenade, which was caked with mud and dirt, was discovered by workers at Japanese snack food company Calbee, according to South China Morning Post. It’s uncertain how a grenade from a war that ended a century ago landed in a batch of potatoes in China.

Nearly 3,000 people covered in blue paint and clad in their best Smurf attire recently descended upon the town of Lauchringen, Germany, located near the border of Switzerland. The reason? To bag a Guinness World Record for the most people dressed as Smurfs in one location. The standing record is held by a group of 2,510 people in the United Kingdom. As it stands, Guinness World Records has yet to confirm the German Smurf invasion of 2019 as record setting feat.

Rolling in the nude

Here’s another attempt at trying to break a Guinness World Record. This time, it’s a nudist group in the United Kingdom that’s attempting to have more than 100 people ride a roller-coaster while in the buff. British Naturism, the group attempting to break the record, says it hopes that at least 103 people will participate in the March 2 record breaking attempt at Blackpool Pleasure Beach on a bumpy coaster called the Grand National. The current record was set in 2010 when 102 naked people rode the Green Scream roller-coaster at Adventure Island in Southend-on-Sea, Essex, England.