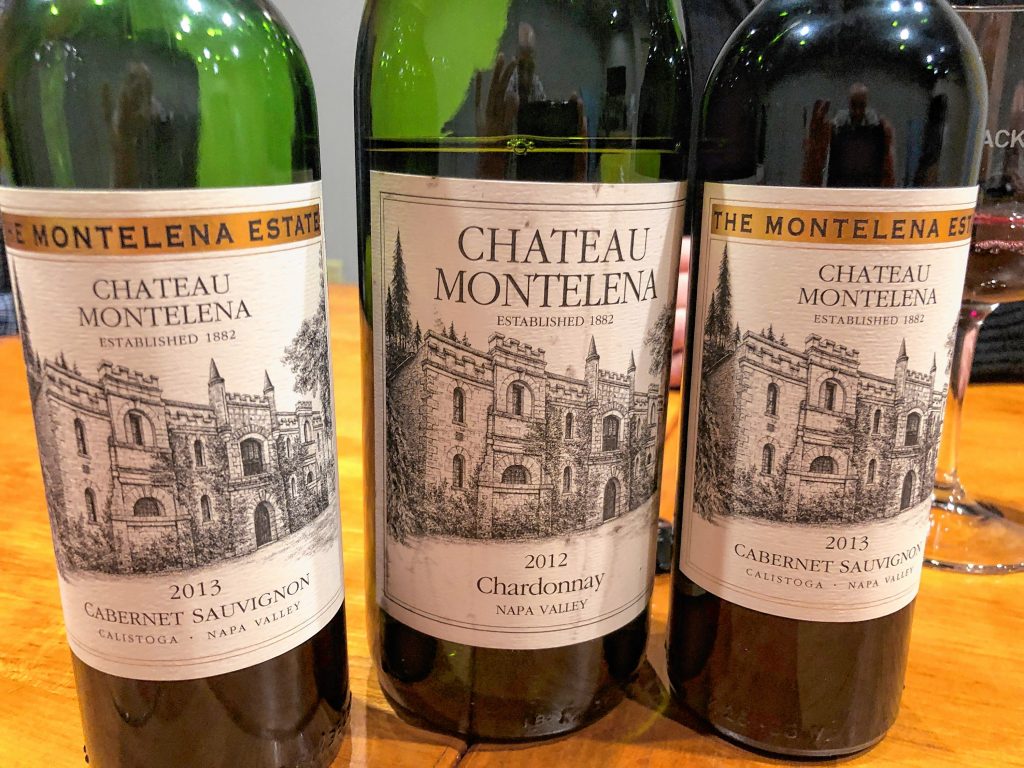 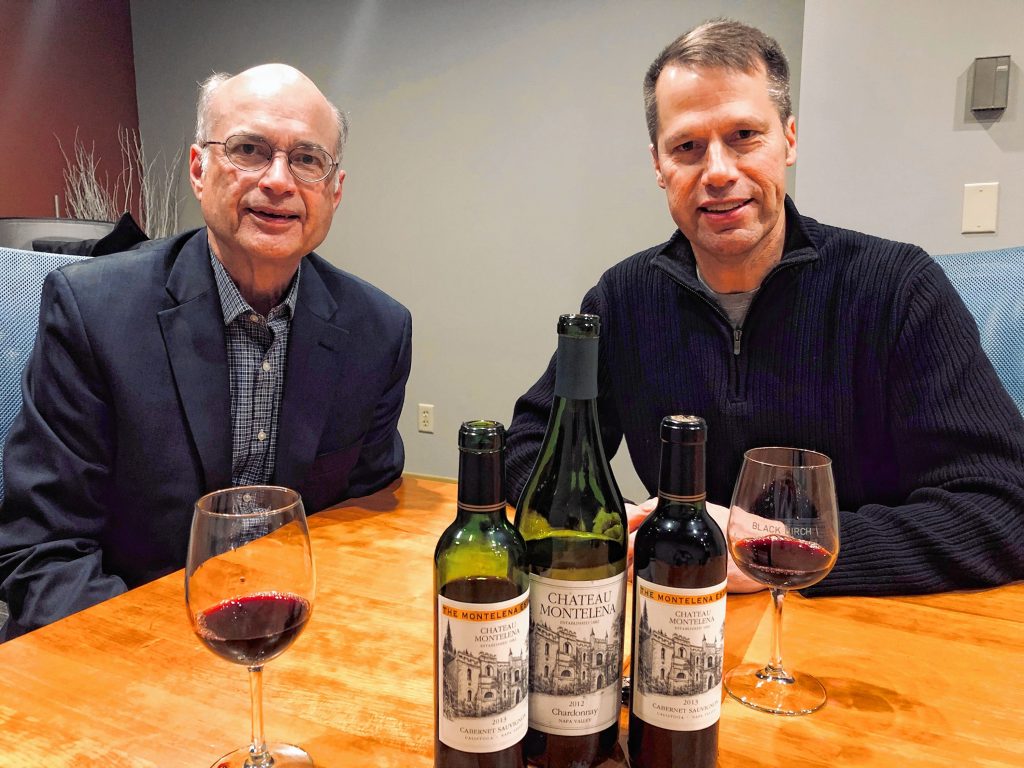 MNARK: I’m so proud of him. I actually have his bumper sticker on my car in San Francisco, which was interesting because we just had an election for mayor.

DNARK: Did I get any votes? 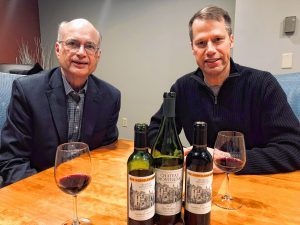 Northampton Mayor David Narkewicz may have made headlines when he was the first person to purchase pot for recreational purposes on the East Coast, but it is the Mayor’s oldest sibling I’ve been jonesing to talk to for this column. Shortly after my wine column debuted in the Advocate, the Mayor of Northampton — DNark as we informally call him — stopped me on the street and said, “I’ll have to introduce you to my brother. He works for Chateau Montelena.”

Montelena is the Napa winery that catapulted California Chardonnay into the stratosphere. It was their 1973 Chardonnay that took first place in the famous 1976 blind tasting, commonly referred to as The Judgment of Paris. I was pleasantly surprised when the mayor texted me the other day and said “My brother Michael is in town unexpectedly for a few days. Not sure what your schedule is….”

“Should I call you MNark?”

“They just called me The Nark in college.” 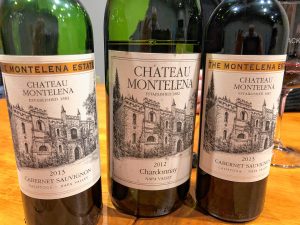 MNark pours wine in the Chateau Montelena tasting room at the Westin St. Francis Hotel, right off Union Square in San Francisco. He’s a bona fide wine snob. Michael is the oldest of the nine Narkewicz siblings, who grew up in Shelburne. He spent over 30 years working for Marriott Hotels, and after his retirement, “30 days later, I was working in the winery.” They have just four seats in the Westin tasting room, but those stools have supported such rear ends as Rod Stewart as well as the wine-stained pate of Mikhail Gorbachev. MNark seems to love to recount Chateau Montelena’s most famous moment:

“In 1976, there was a blind wine tasting held in Paris. All French judges. It was put on by a wine shop owner named Steven Spurrier. And he was trying to showcase some of the Napa wines. So, he picked some of the top wines from France and included some wines from Napa. When the judges were done, they chose Chateau Montelena Chardonnay over their own Chardonnay. It was shocking. If that wasn’t enough, in the afternoon they tasted the red wines and they chose Stag’s Leap Cellars Napa Cabernet over all the French red wines. Prior to that, people in New York City were drinking French or Italian wines. California wasn’t on the radar. After this, suddenly California was the place to be.”

The Judgment of Paris was the inspiration for the 2008 movie Bottle Shock starring Alan Rickman and Chris Pine. Just how much did the movie get right? “I’d say about 20 percent,” Michael says. “There’s a lot of Hollywood. But it’s a beautiful story and it really did happen.” It wasn’t just the French judges’ shock that inspired the title of the movie. “The reason it’s called Bottle Shock is the wine actually changed color,” MNark says. “In the movie they had it change brown. And then it changed back two weeks later, and then went on to go to Paris and beat the French. It’s a natural process called ‘pinking.’ There’s a browning enzyme in all white wine and, unless you fire it off in the winemaking process, it will appear the first time the wine is exposed to oxygen. They didn’t realize that at first.”

In the movie, the protagonists freak out at the “pinking” and have the wine taken to the dump. After going to UC Davis to see what’s going on, and finding out that the wine is going to turn back, they rush to rescue the wine. “The rescue is not true,” MNark says. “They were going to sell the wine sort of out the back door as shiners without labels. But it did turn back. And the rest is history.”

I was lucky enough to taste Chateau Montelena’s 2012 Chardonnay and 2013 Estate Cabernet with The Brothers Narkewicz. The mayor brought his own private bottle of the elegant $70 Chardonnay, and yet he’s still humble about his level of oenology. “I’m not at the level of big brother. My wife is a foodie and her family is European. So, I’ve had wine all around the world with her. We took a wine tasting class together. But I’m sure to call (Michael) for a wine recommendation.”

“This wine is really what James Barrett’s dream was when he bought the land to make the winery.” says big brother of the Chardonnay. “He was a real estate lawyer from Southern California but was sick and tired of making people unhappy. So, he got into the wine business to make people happy. Here we are today with this beautiful wine. It has aromas of ripe peach, green apple, honeydew. And next you get the vanilla, the lavender, the orange blossom, and there is an underlying note of star jasmine.”

I don’t even know what star jasmine is, but I can tell you that I can relate much more to Michael Narkewicz’s lexicon than the minutiae of municipal budgets and the “whereas-es” of mayoral proclamations from his younger brother.

Then, we tried the 2013 Chateau Montelena Estate Cabernet. A bottle of this can fetch around $160. “Estate” means the grapes were all grown on the property. “As the grapes are picked, our winemaker tastes the fruit and determines which is the perfect type of barrel and toast to age these in,” says the oldest Narkewicz sibling. “We buy from 10 different French coopers. So, if one of the blocks of fruit is missing something in the mid-palate, he has a barrel that can fix that.” French oak is not cheap. A brand new French oak barrel is about $1,800. And that barrel is only new that first year. “It’s like a teabag,” says MNark, “You use it you lose about 90 percent of the oak. So, it’s a very expensive proposition.” Both Chateau Montelena wines show how truly excellent Napa wines can be. But, as high a caliber as the two wines were, the two brothers are also clearly from noble stock.

The reason Michael was back on the East coast, prompting the mayor to remember his promise to connect us, was that their 90 year old mother had just died. Why on Earth would the mayor of Northampton, in the midst of family tragedy, reach out to an idiot morning radio host and C-level wine writer to connect him with his wine aficionado brother from the West Coast? Because he said he would. That’s just the kind of person the mayor of Northampton is. DNark texted, “It will be a much needed respite.” I have a feeling both DNark and MNark owe a lot of their character to their mother. “She was really an incredible woman,” the mayor said. “She raised nine kids, 18 grandchildren, eight great grandchildren. When I first ran for mayor and gave my announcement speech, I talked about my mom. She was a homemaker, and she was always involved in the community.” The brothers Narkewicz and I raised a glass of one of America’s finest wines from Chateau Montelena to honor the late Madeleine Narkewicz and the legacy she leaves through her sons.

MNARK: He just went viral when he became the first veteran to visit the pot shop in Northampton. That day I was teasing him “when are you going to make your run for President?”