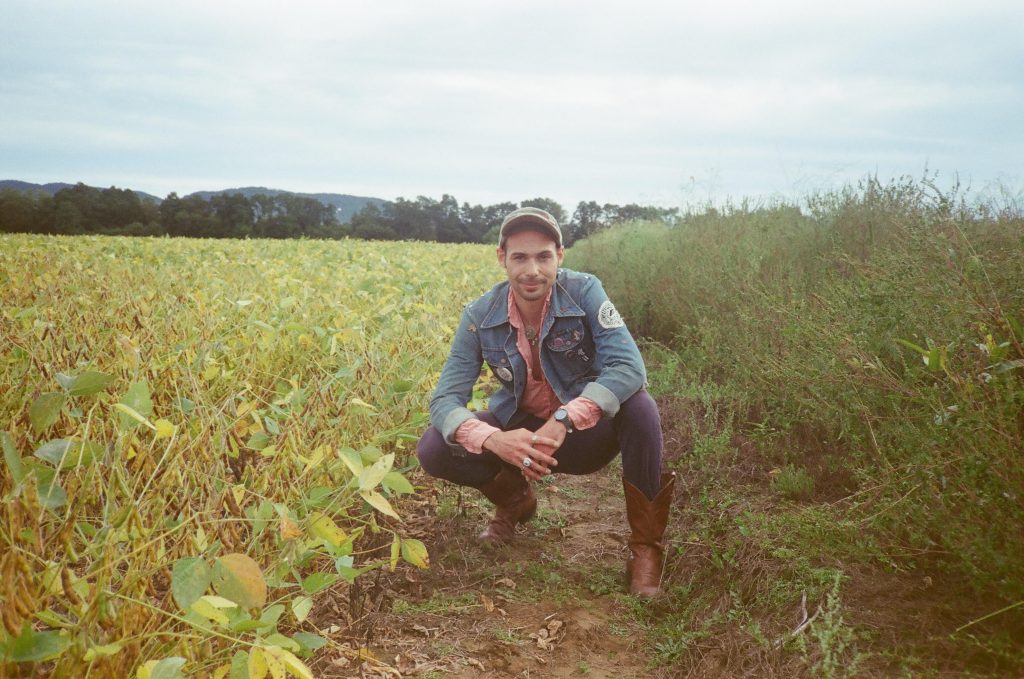 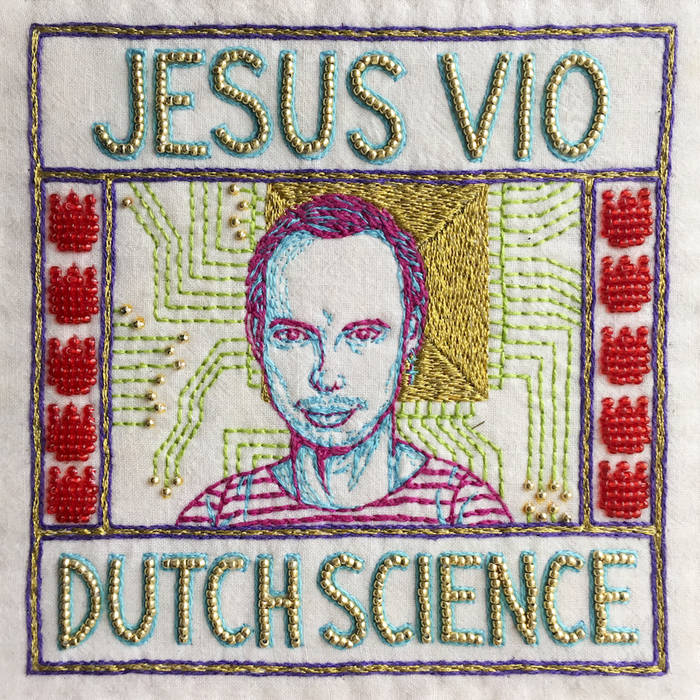 Free Pizza was a punk band founded in 2009 and based in Boston. If the name isn’t too much of a giveaway, the ethos of the band was playful and goofy. The heavy-hitting upbeat rowdiness was accessible, earnest, and always a good time. In 2016, Free Pizza threw in the towel and frontman Jesus Vio split off to try something different. He moved to Nashville and formed a band using his own name. There he recorded his first solo record, Dutch Science, due out next month on Florence-based Feeding Tube Records. 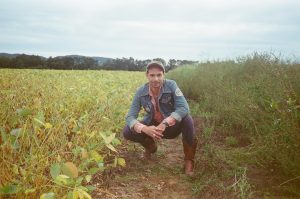 The first video for Dutch Science has just been released, and the various shots might be familiar to most readers. That’s because Vio moved to Northampton. Far from the concrete of the southern music city where Dutch Science might have originated, the video for the earworm-single “Eye to Eye” evokes a type of art-nature-punk, mellowed by the additions of violin and piano, as well the visual landscapes such as the the Mill River Dog Park and the train bridge on the bike path that connects Hadley and Northampton. 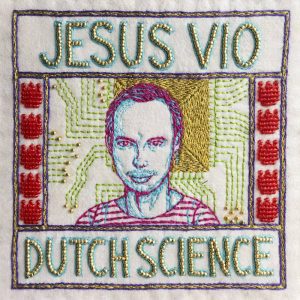 The video opens teasing both a visual and musical that settles the video: there’s wallpaper and colorful fabric, playful fonts, and blips of drums, violin, and piano. But the drums count in and voila — the frame cuts to the Mill River where Vio is dancing on the bank. It then cuts to a graveyard in Easthampton where Vio is frolicking and pretending to kick a soccer ball. Other locations include the abandoned Pontiac dealership in Easthampton (slated now for a second River Valley Market) and the top of Mt. Tom looking down over the city (not unlike the Grinch did).

The short video, a mere minute and 40 seconds, evokes a Where’s Waldo kind of style; where instead of Waldo being the variable to identify, it’s the location where Vio (wearing a different outfit in each location) is dancing. Vio’s dancing, while clearly staged, is earnest and sensual. Who else is going to get down by themselves in a parking lot of an abandoned car dealership? By dancing outside during daytime hours, Vio challenges a few conceptions of dancing: that one dances by oneself; that one dances in nature; and that one dances during the day. Perhaps we should all shake some solo moves on top of a mountain?

This said, the use of landscapes and nature (a theme in Vio’s visual art) plants — no pun intended — another flag; it clearly situates the video in western Massachusetts, encased within its landscapes. This tells not just a story of sites us Valley residents call home, but it helps to tell Vio’s story as well. Born in Chile in 1989, Vio moved to Germany at age six; Miami at age eight, and then finally went to school in Boston before moving to Nashville and now here. The video for “Eye to Eye” places Vio in the valley; telling us not where he’s been or where he might go, but where he is now.

Will Meyer, co-editor of The Shoestring (www.theshoestring.org), writes the Advocate’s bimonthly Basemental column. You can contact him at willinabucket@gmail.com.