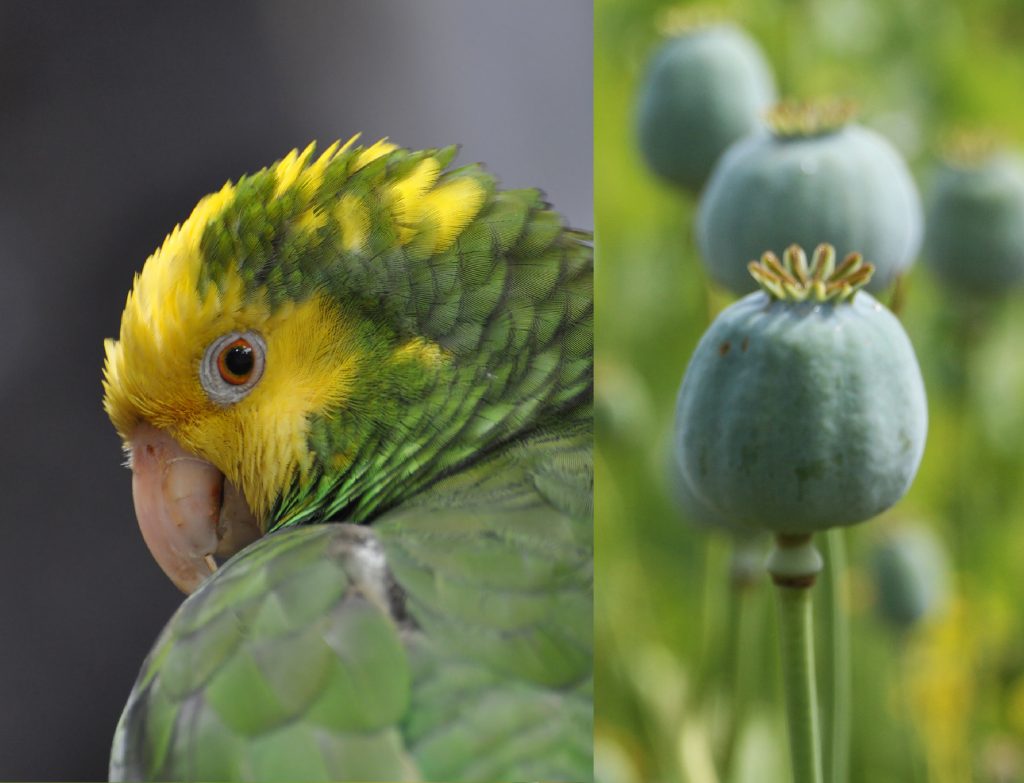 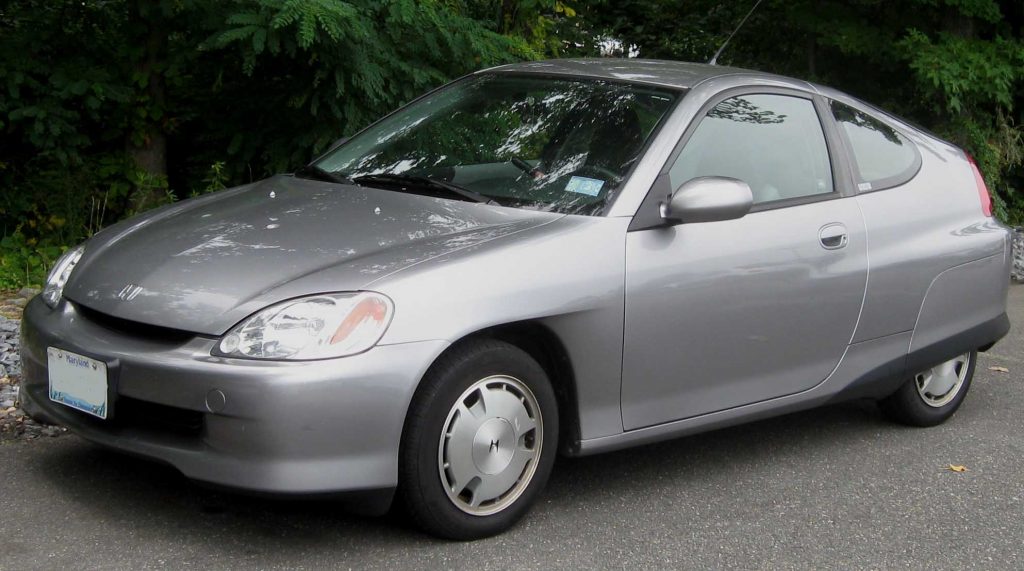 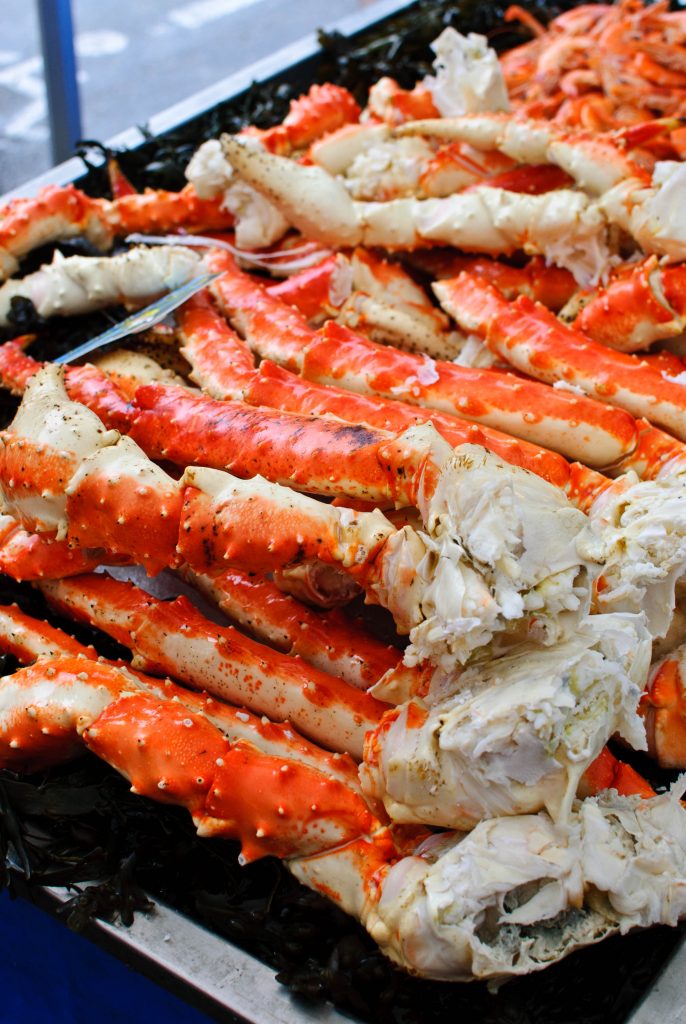 Polly wants a hit of opium 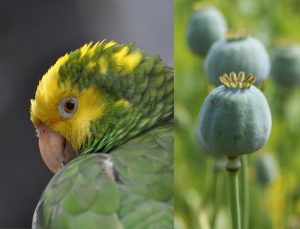 The farmers who grow fields of poppies in India to produce opium, which is sold on the medical market, often have to contend with seasons of uneven rainfall — but there’s another unpredictable factor that has been wreaking havoc on the crop this year — addicted parrots. The brightly-colored, backtalking birds have been biting into seed pods and even carrying them off to, one imagines, opium nests out of reach of people. The birds have apparently learned to wait until farmers split the poppy seed pods to help them ripen, which is when the drug is at its most potent. Usually loquacious, the birds have also learned to be silent to avoid detection when harvesting their drug of choice. An Indian opium specialist told the Daily Mail that opium gives the birds instant energy, much like drinking coffee or tea for a human. Once the birds get a taste, it isn’t long before they are addicted.

A fine for a phallus 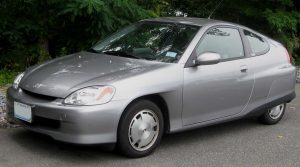 The shape left behind when a Honda Insight drove away after a dusting of snow raised the hackles of at least a few humorless people in Tennessee. The snowless pavement under the car looked like, as one might expect, the shape of a car — but if you were in the right frame of mind, and squinted a bit, it might have vaguely resembled male genitalia. Harmless, maybe a bit comic, but not for the board of the Tennessee homeowner’s association in charge of the development where this took place. They fired off an email to the Honda’s owner, telling her that her vehicle left an “offensive image” behind, that they had received complaints and a photo of the outrage, and informing her that she was being fined $100. Thankfully, the car’s owner sent off her own fiery email refusing to pay the fine, and the matter was dropped. 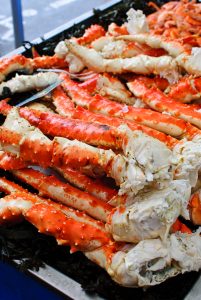 It is difficult to wait. Especially for food. Several diners at the Meteor Buffet in Huntsville, Alabama, exemplified this last week when they got into a brawl over crabs legs. Apparently people had to wait about 10 minutes for the succulent tendrils to be served, and once they came out, it was too much for people. Plates were smashed and service tongs were used like fencing swords, according to a police officer who happened to be eating at the restaurant when bedlam broke out. In the end, two people were charged with misdemeanors — one for assault and another for disorderly conduct.

A 36-year-old man from Oregon and his dog survived for five days in an SUV while trapped by feet of snow. What did the man and his best friend have to eat? Taco Bell Fire Sauce packets. The man was offroading west of the resort community of Sunriver with his dog, Ally, when his SUV became stuck. He spent a night in his vehicle and the next day attempted to walk for help, but due to the heavy snowfall was unable to reach anyone. It wasn’t until four days later that a snowmobile rider spotted his car and called 911. To avoid frostbite and to stay warm during the four day period, the man turned his vehicle’s heater on periodically.

You wouldn’t expect to see a bare chested hunky photo of Aquaman star Jason Momoa on a box of girl scout cookies, but an inventive fifth grade girl scout from Colorado did just that in a genius grassroots marketing move. Last year, this same girl scout sold a record setting 2,000 boxes of cookies and is looking to outdo her record this year by pairing a shirtless Jason Momoa with boxes of Samoas, caramel and coconut cookies.

A motorist in Russia captured video footage of a truck towing a bus with a wooden log where a wheel is supposed to be. The bus was being towed by a truck on a road in Prokopyevsk, Kemerovo in Russia. The footage, which was filmed inside a car behind the bus, shows that the bus had a log as a rear-left wheel.

A show of hands

A nail salon owner in Ohio is fighting to keep her nail salon’s hilariously inappropriate name — Hand Jobs Salon. Town officials in the township of Perkins, Ohio, are currently looking into whether the sign for the business could be considered obscene. The business had been previously denied a permit for its sign, but the township reversed that decision after finding that similar names were approved by the Ohio Board of Cosmetology and the Ohio Secretary of State. The owner plans to go to court to fight any attempts to change or remove the sign.

A newfound virus has the ability to turn its hosts into stone, but luckily for the human race those hosts are microscopic amoebas. The virus, now called “Medusavirus,” which is inspired by the ancient Greek mythical creature Medusa, whose gaze turns people to stone. The virus was pulled from muddy hot spring waters in Japan, according to a new study in the Journal of Virology published on Feb. 6. The virus has an exceptionally large genome and belongs to a “giant virus” category. In test samples, the virus causes amoebas to develop thick outer shells and enter into a dormant state known as encystment.

Having to serve on a jury doesn’t always come at the best time for people. Take a Hawaiian man who was having a bad day and trying to get out of serving. He decided that by yelling “he is guilty, he is guilty” outside the courtroom, he might be excused for being overly biased. Instead, he was arrested on a contempt of court charge with a $10,000 cash bail and spent the night in jail. He was released the next day without being charged or fined. There was no word on whether he had to serve on a jury after that.