Basemental: So Riffy and Good 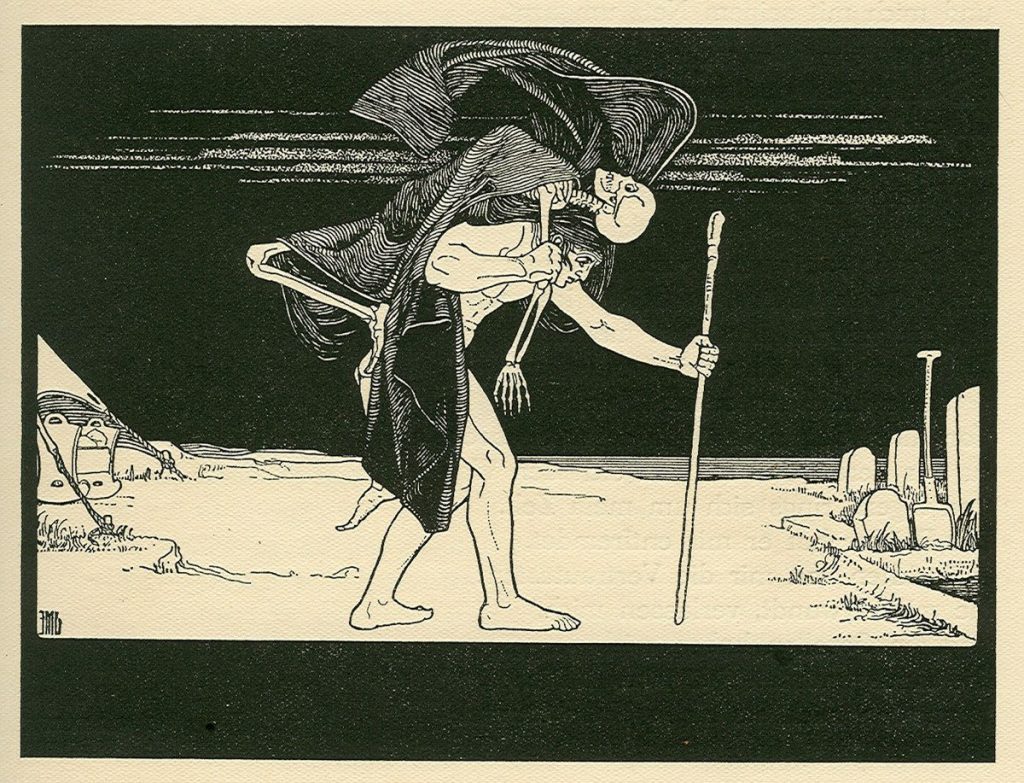 Where have all the rock bands gone? Back in June, I wrote about multi-talented guitarist Wendy Eisenberg’s solo album Time Machine. Then she told me that she “just wants to be a good person and make very complicated music.” Still, since then, she’s been hitting the practice room formulating a grungy rock band, Editrix, marked by sleek, slacker riffs, mushrooming choruses, destined to turn bobbing heads in any local basement. Together with Steve Cameron and Josh Daniel, Editrix is an explicitly leaderless and collaborative project likely to appeal to free jazz freaks and ‘90s guitar rock aficionados alike (i.e. me). On Valentines day, they debuted Talk to Me. It’s truly excellent. At merely 11 minutes, the only trouble is that it ends.

WM: Can you tell me about the album art?

WE: Yeah. So that’s a dybbuk. It’s like a spirit that hangs out on your body till you either help it, or it gets tired of you — a Hebrew demon, like me!

WM: I wanted to ask about the musical intent around Editrix. It has these lush, driving riffs — that are so riffy and good.

WM: It has the riff thing, but it also gets skronky and explosive; but it fits into this pop structure, too, that’s pretty compelling and cool. I guess it fits into your general songwriting practice, but also feels a little bit different.

WE: That’s good. It started out with me and Steve wanting to start a nu-wave band and just wanting to write together. It didn’t sound like that at all, because when I try to write nu-wave stuff it ends up sounding like pop-punk stuff. And Steve was bringing these bass lines that were making me want to write a kind of divergent part on it. So when we got together with Josh, for some reason it turned into a really grunge kind of thing, even though grunge was only very passively formative for each of us.

But one of our things is we all really like Primus, and it kind of came out that we sound like we like Primus, which is really kind of funny and kind of uncool in a current way.

WM: But it’s cool to be uncool in a current way, no?

WE: Yeah, it does seem kind of modern and trendy to like things that aren’t trendy. But that’s not really that conscious, because one of the other constants in this band is that we all joke, even though it’s a three-piece and I’m singing and playing guitar, it doesn’t really feel like I’m the leader of the band. That’s not the joke. The joke is that we all sort of feel like Garth, not Wayne. It’s a band of Garths.

WE: The Kavanaugh song. I felt that time very physically. It was a very triggering, weird time for me. I’m from Gaithersburg, Maryland. In one of the things that he said, “I would never invite someone from Gaithersburg, that’s so uncool.” And I know the Country Club that they’re talking about things going down nearby. I was really affected. It’s a reality for me. Something similar happened: I’m a victim of like that whole same thing. When I was trying to put together lyrics for this song that had really exposed vocal parts, I was just like “why not get scary even for me?” — and it’s like really, really scary; that song scares the shit out of me. And the first part is just like a really dark joke. I feel like these men do it because they’re trying to bond. It’s like two men totally objectifying a woman because she’s more of an animal than a being. They’re doing [it] in a way [to] prove things to each other the way that we all do when we give each other images and props on social media, so it’s our anti-social media joke. The rest of it is just me being like “I was there,” and I’m trying to sing it from their perspective and take no prisoners that way.

WM: It’s so eerie and immediate, and it does feel like a departure from your last batch of songs I really spent time with.

WE: I write it with different people, so it’s going to be different.

The fucking song that’s about partying? That one. I always write the lyrics afterwards. I just had that in my head for a long time — [singing] “she wants to go and party. She wants to go and party” — when I was doing my hair and shit, about to go to the show. It’s like a chant to myself because I love to party. And I don’t party as much as I like to. And I just turned it into a song for some reason. The back-up vocals are the real star for that one.

WM: Anything about the other songs — Virgin and Taste — you’d like to add?

WE: Taste is my version of a diss track.

WE: Thank you. I’m very proud of that one. I have no idea how that one got written. What was the other one? What did I end up calling it? Virgin?

WE: I don’t know why, but I always forget that one of my main influences in this whole universe is Captain Beefheart. And I was thinking kind of a soft-rock Beefheart. But you gotta understand — you know “every place I lay my hat” or whatever it’s called? Kind of that “clear spot” thing?

What’s important about our band is that we always write together. Maybe Steve will have a riff, or I’ll have a riff, or Josh will have a drum thing, or something. It’s very, very collaborative. That’s why they sound so radically different from my solo work. With all of these songs, the lyrical content comes later, which, I think, gives it more power. But I have to play guitar the way that I do because that’s what brings me joy in a cold world or whatever.

WE: It’s like true though. I’m emo about shit. And I’m a total failure if you look at like capitalist values. So when I’m writing music with these people it feels like a vindication of weird lifestyle.

Will Meyer, co-editor of The Shoestring (www.theshoestring.org), writes the Advocate’s bimonthly Basemental column. You can contact him at willinabucket@gmail.com.