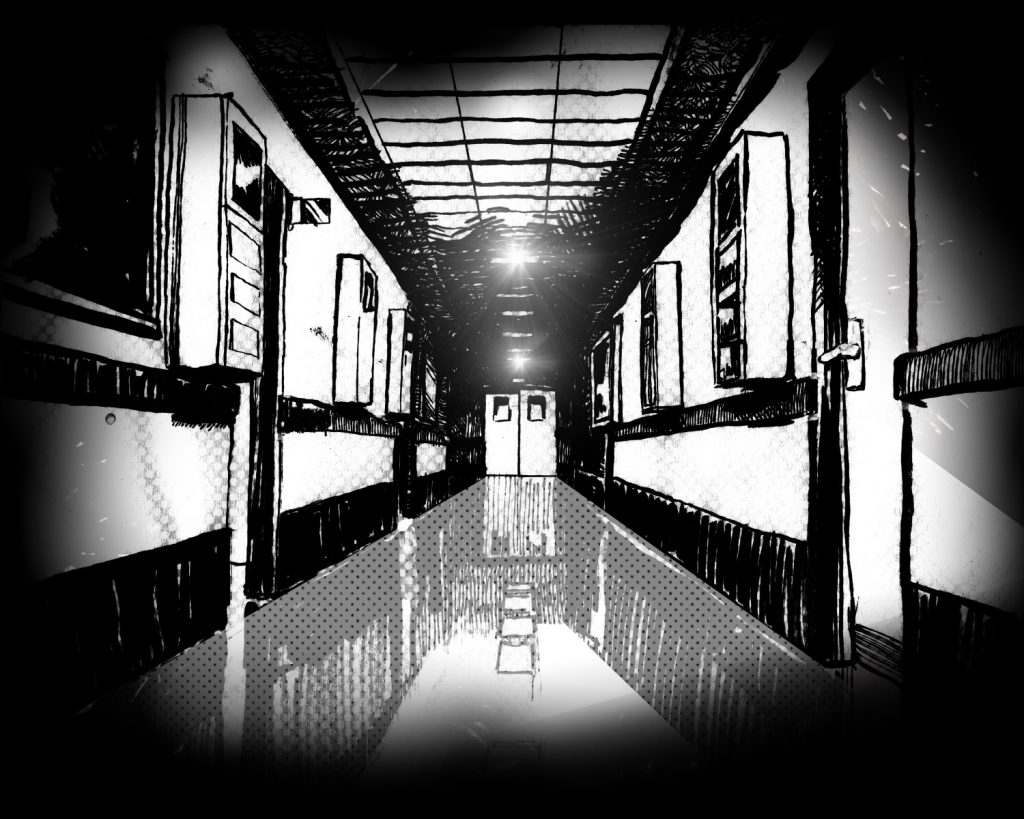 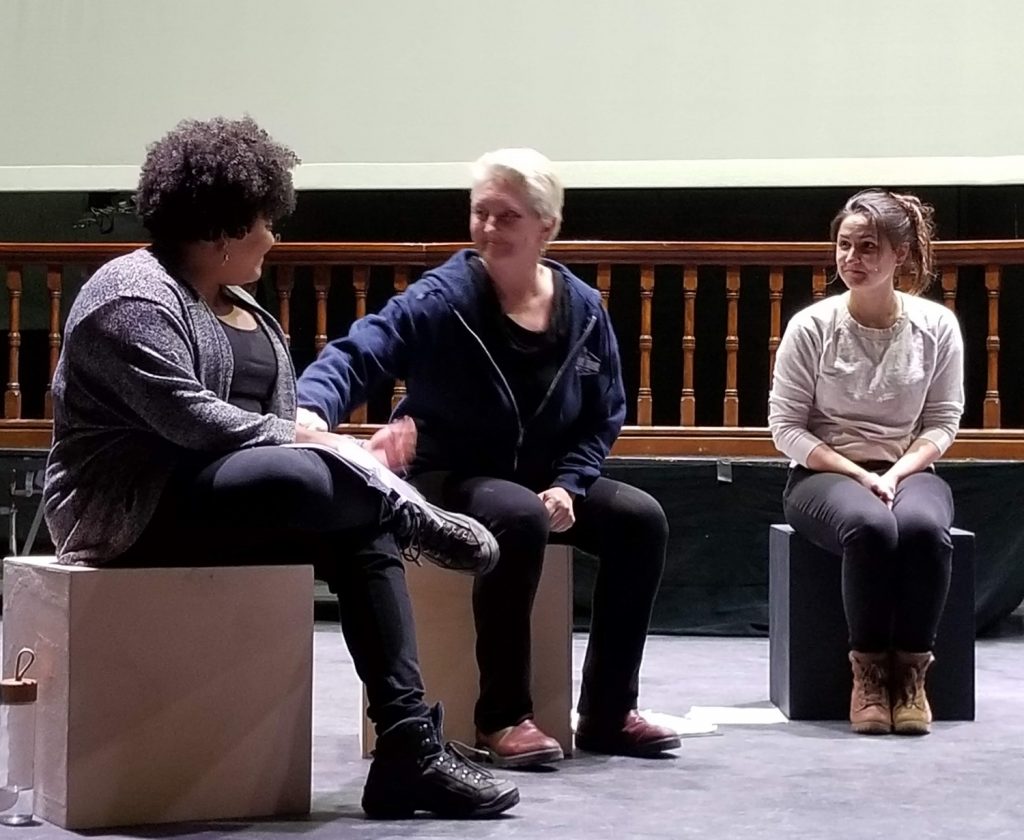 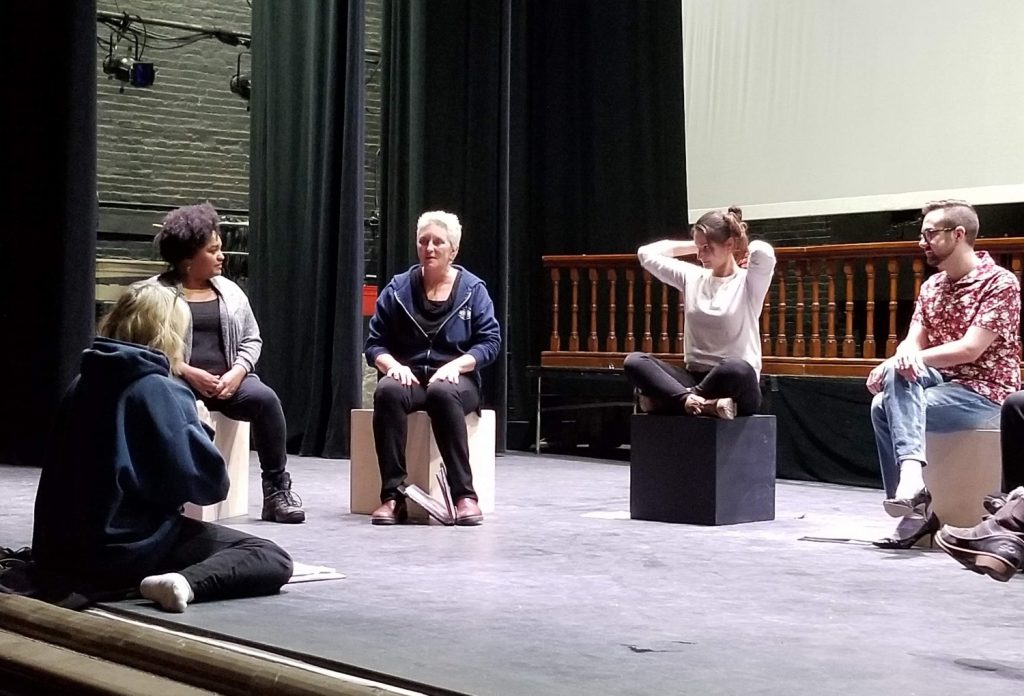 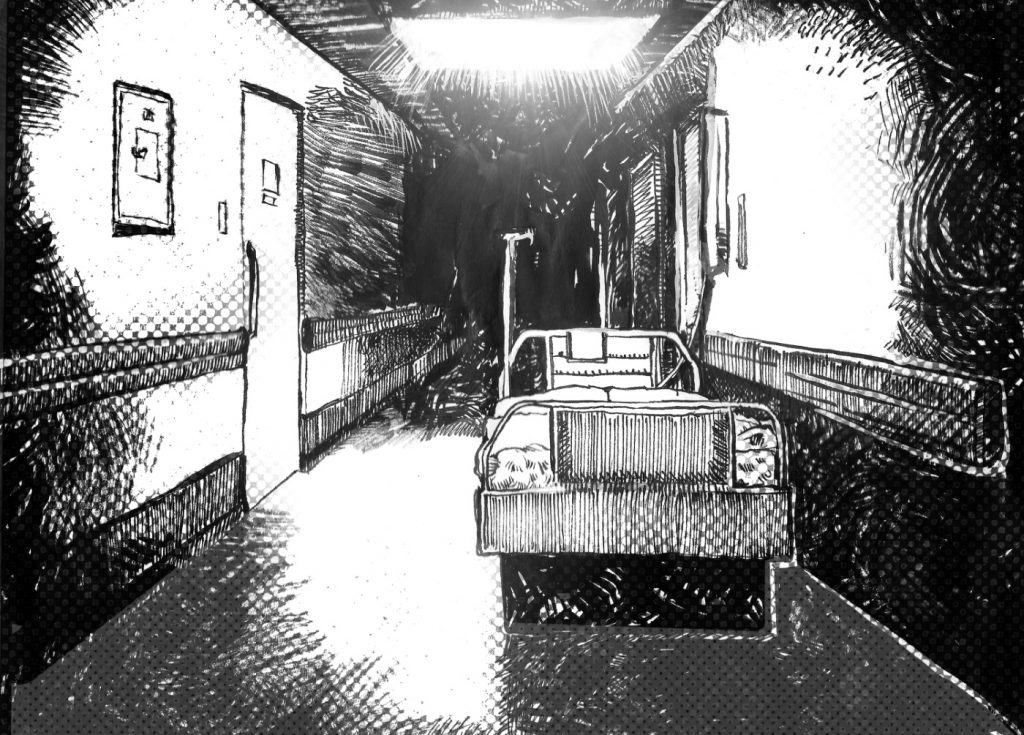 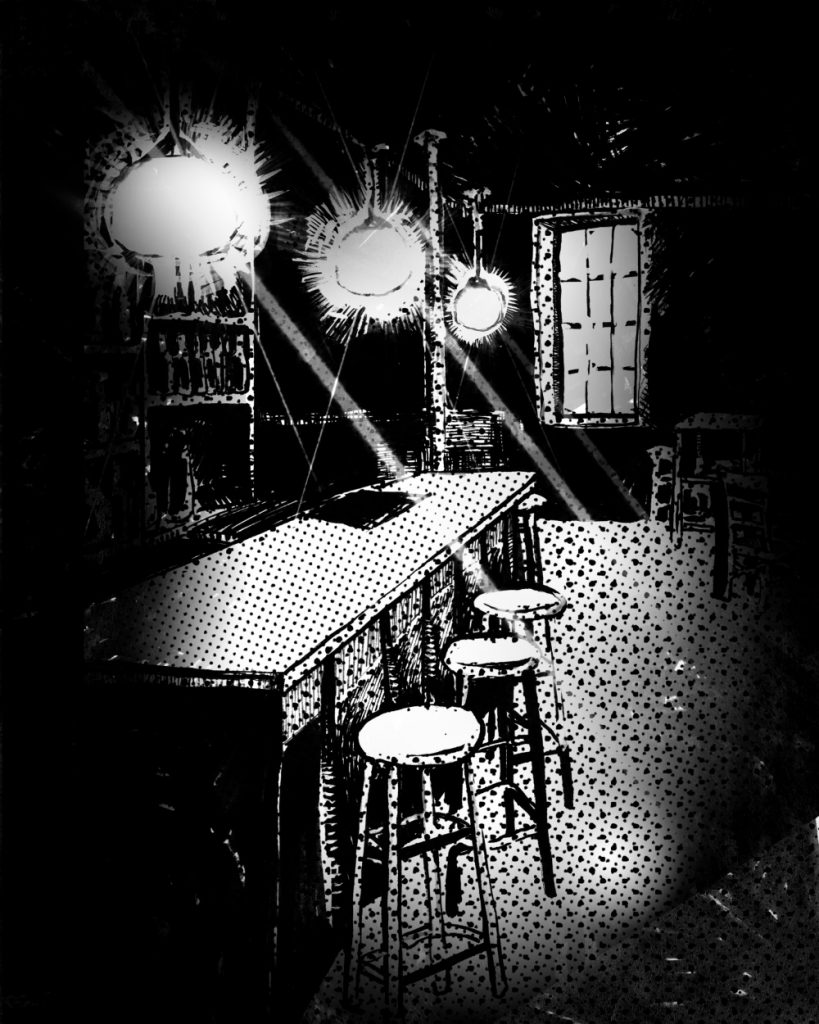 Eight people are seated in a semi-circle at a meeting of Narcotics Anonymous. They are actually actors in a play, but though they’re not the recovering addicts they portray, each of them has a real-life connection to the nation’s — and the Valley’s — opioid crisis.

I’m visiting a rehearsal of (In)Dependent: The Heroin Project at the Academy of Music Theatre, where the play will be performed this weekend, March 22-23. The director, Linda McInerney, tells me she was surprised to discover how close to home the plague strikes. 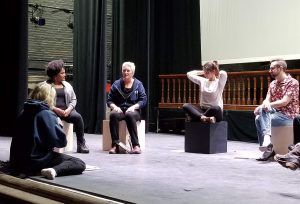 “I think this is a really important show, and I found out how much more deeply it’s important when, at our first read-through, I asked the cast, ‘Is there anyone who has been personally affected by the opioid epidemic?’ And it was shocking. Every single person in the cast had one degree of separation from it” — a friend, a relative, a lover.

(In)Dependent was written by two Kent State University students, Emelia Sherin and Zach Manthey, based on interviews with users, those in recovery, and their friends and families impacted by the addiction — the three groups represented in the play. The playwrights describe the piece as “a form of artistic activism, created to inform and give back to the community.”

It begins on a split stage, where simultaneous action is occurring in the apartments of Emily and Ryan, both of them recovering heroin addicts who have just relapsed. They soon meet, on adjacent gurneys in the ER, and then in the circle at the NA meeting.

There’s an uninvited guest there, too, a recurring presence in the play — the figure of Heroin, played by Hannah Rechtschaffen. She’s “an enticer,” as McInerney puts it, “a voice in the ear of those who are struggling within this epidemic. There are myriad ways she’s able to manipulate the characters, to draw her victims in. For Ryan she’s a mother figure, while for Emily there’s a sexuality thing going on.” She’s the force that brings them together and tears them apart.

Emily is played by Linda Tardif and Ryan by Naomi Aborn. (The character of Ryan was written as a man, but given to a woman because “Naomi nailed it,” McInerney says. The gender-swap, in this case, is “not a political statement, just a casting choice.”)

The cast is a cross-section of Valley talent. Trenda Loftin plays the leader of the NA group, with Carissa Dagenais, Marina Goldman, Silk Johnson and Rich Vaden as its other members. Joseph Cardozo, Emily Ditkovski, Julian Findlay, Isabelle Hettlinger and Nick DeRuiter play other people in the troubled young lovers’ lives. 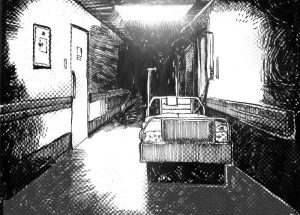 The staging is as stark as the play’s topic — a bare stage furnished with plain wooden cubes. Projections represent the various settings within the world of the play. The expressionistic images were created by Conway resident Marcus McLaurin, whose long association with Marvel Comics as a writer/artist produced the Luke Cage revival series among many other superhero titles.

Debra J’Anthony, the Academy’s executive director, told me that as she became increasingly aware of the opioid epidemic and its impact on the local community, she began looking for a play on the issue “that would resonate with our audience. (In)Dependent caught my attention as a fresh, honest look into the struggles, hopes and courage of those impacted by this crisis.”

The production has partnered with Hampshire HOPE, a coalition of organizations striving to raise awareness about opioid misuse disorder, reduce its stigma and “elevate the voices of those who are oppressed.” The performances seek “to provide a deeper, more meaningful community engagement process which allows us to better understand the experiences of those impacted by opioid misuse disorder.”

That partnership has fostered a series of writing groups in four Valley communities, in which people involved in opioid addiction or impacted by it wrote of their personal experiences, using lines from the play as prompts. Several participants will read from this work as a curtain-raiser at this weekend’s performances, and a chapbook, illustrated with McLaurin’s images, will be distributed to all attendees.

In the rehearsal, Ryan is standing in the middle of the NA circle, facing the audience as the other group members look on encouragingly. “This group has shown me how stupid, how dumb it was to give up just when things got hard. You’ve given me the strength to analyze my past and understand the damage I’ve inflicted on the ones I love. I think that this is the one time I don’t give up.”