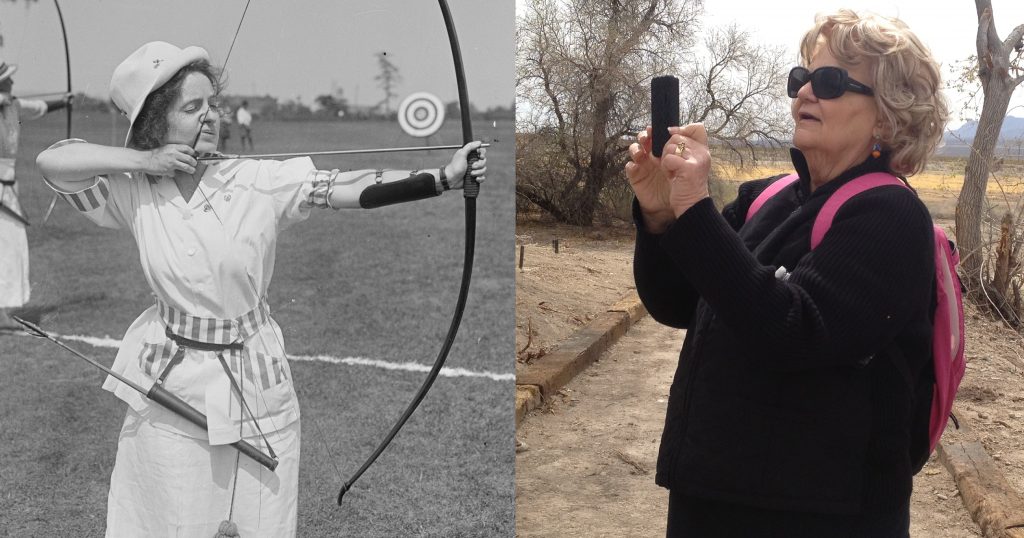 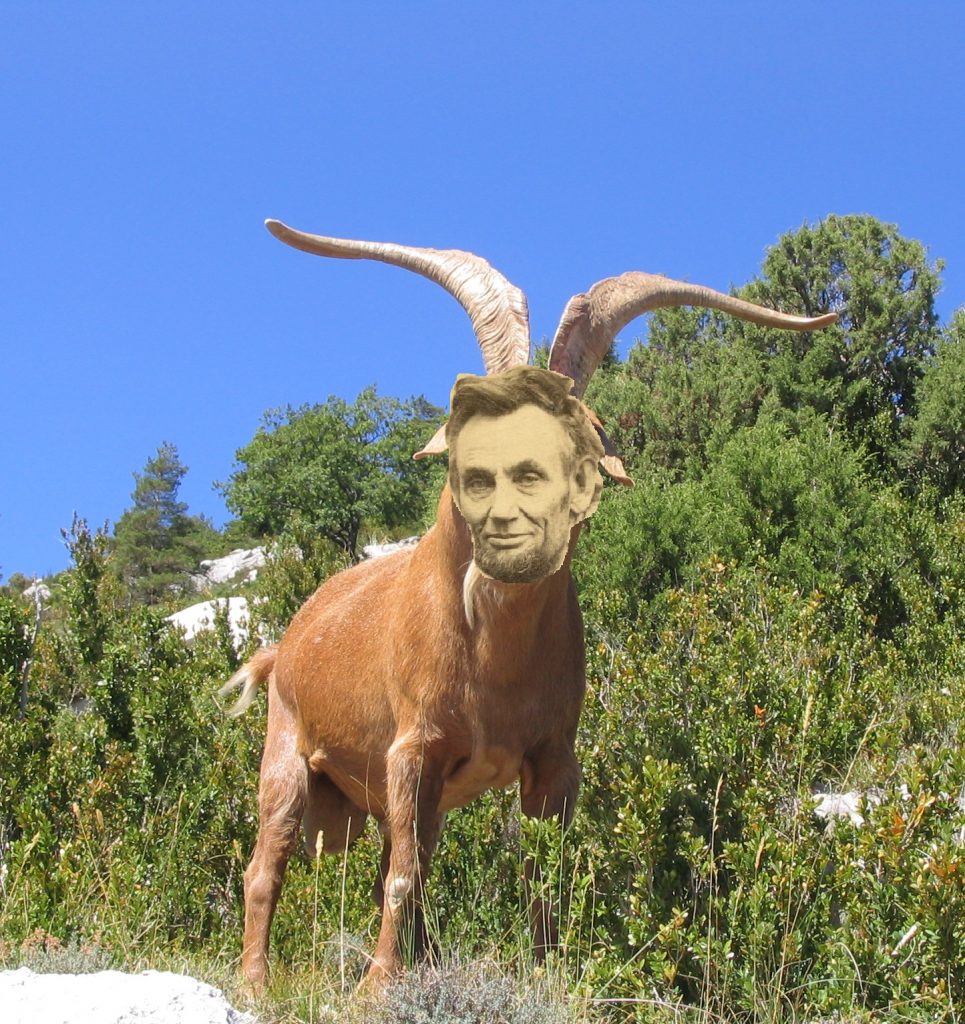 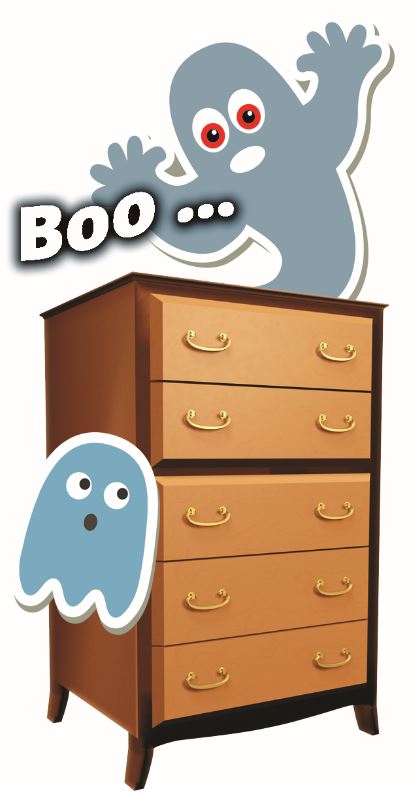 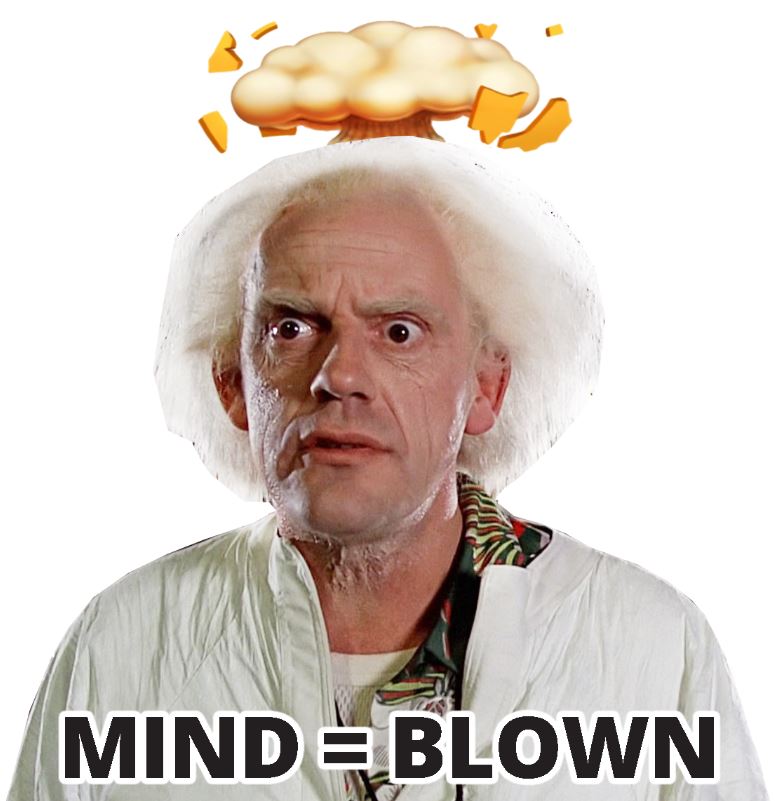 A new meaning for phone shield 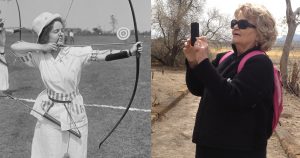 A 43-year-old Australian man may have his phone to thank for the fact that he was left with only a small cut on his chin after he came under attack by a man wielding a bow and arrow in rural New South Wales. Confronted with the bow and arrow, the first man whipped out his phone to take a photo of this would-be assailant. That quick thinking may have saved his life, as the attacker fired an arrow at him, which hit the cell phone, knocking it back into his face. The arrow pierced the phone and left the man mostly unharmed. The 39-year-old bow-wielding man who fired the arrow has been charged with assault and property damage offenses. He will appear in court next month.

That’s not what I ordered

A dive tour operator in South Africa was nearly swallowed by a whale last month after the aquatic mammal mistakenly swept the man into its mouth while it was eating a school of sardines. The 51-year-old man was snorkeling near Port Elizabeth Harbour when the whale sucked him into its mouth headfirst. Fortunately for the man, the whale released its jaw allowing him to swim to freedom. 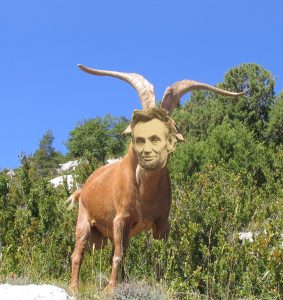 The small town of Fair Haven, Vermont, elected a three-year-old Nubian nanny goat, which was chosen by townspeople to become honorary pet mayor for a one-year post. The goat’s name is Lincoln, so you could do worse for a civic leader. The ballot included 16 pets open to all town residents, many of which included cats, dogs, and even a gerbil named Crystal. Lincoln won with 13 votes, beating out a dog named Sammie with the second-most number of votes —10. As honorary pet mayor, Lincoln will attend local events such as a Memorial Day parade and will be wearing a custom-made sash. Fair Haven, with a population of 2,600, does not have a human mayor, but does have a human town manager. Lincoln’s first mayoral act was to defecate during a ceremony on Tuesday. 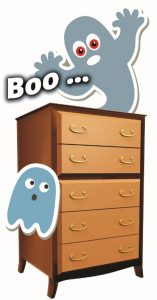 A thrift store in North Carolina caught some internet fame after it warned customers about pieces of haunted furniture on a social media post. The Habitat for Humanity Restore of Rowan County posted photos of a queen canopy bed frame and a highboy chest of drawers on Facebook, which the previous owners warned the store were haunted. “Please note, previous owner reports that the highboy is haunted,” the Facebook post reads. “He reports continuous nightmares for him and his wife while it was in their room. He also reports the dogs would not stop barking at it.” But, haunting aside, both pieces of furniture were purchased by a couple who paid $1,000 for both pieces.

An elderly woman in New York had been receiving expensive electricity bills with her address listed on the bill, but then in subsequent bills she notice one word on the bill: “pole.” About a year and a half ago, the woman received her first bill, for $5,000, for the utility pole outside her house from Con Edison. She tried contacting the company, but the bills kept coming. However, after news organizations called Con Edison about it, they released a statement saying the matter has been “resolved.” Hopefully that’s true so she won’t have to pay for the moocher utility pole outside of her house anymore.

A police officer in suburban Detroit gave a speeding ticket to a Michigan woman in 2017 after giving the officer the middle finger. The woman was pulled over and written a ticket for a lesser violation. That’s when the Michigan woman raised her middle finger and she was pulled over again, this time for speeding. Now, a federal appeals court says the Michigan woman’s rights were violated, which means a lawsuit can proceed. The vote by the court was 3 to 0 and judges say the officer should have known better. So flip away! (This does not constitute legal advice.)

Vandals broke into a historic church in Dublin, Ireland, and stole the head of a 800-year-old mummy nicknamed “The Crusader.” A guide at St. Michan’s Church made the discovery as he was getting ready to open the site to the public, according to a statement from the Church of Ireland. Several other historic corpses were also damaged, including the 400-year-old remains of a nun, after the vandals broke open a vault and opened the coffins. The church, which was founded in 1095, has five crypts that house the mummified corpses of Dubliners, many of which date back from the 15th and 19th centuries, respectively. Why steal a head? Irish vampire hunters should be the obvious conclusion.

Bending ‘the arrow of time’ 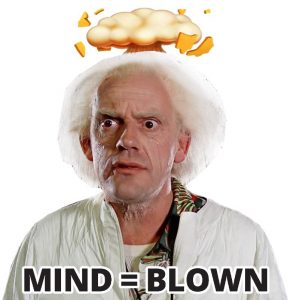 Science has done it again. Known for hits such as electricity, the internet, and space travel, science is arguably a good thing for humanity. Now science has made a new discovery: messing with time. Get ready for a universe ending paradox. On a subatomic level, researchers in the U.S. and Russia have bent “the arrow of time,” a consequence of the second law of thermodynamics, which is all about entropy, folks. In a new study published on March 12 in the journal Scientific Reports, researchers say they’ve manipulated the arrow of time. What does this mean? Well, it’s basically reversing time on a highly miniscule level or time travel. We said it — time travel. Doc Brown, eat your heart out.

A man in Butler County, Pennsylvania, whose last name is Sober, was ironically arrested for driving under the influence. According to the Huffington Post, court documents stated that officers smelled alcohol on the man and gave him a portable breath test. His blood-alcohol level registered 0.194, which is twice the legal limit. He was charged with drunken driving and careless driving and later released on his own recognizance. Sober will appear, hopefully sober, this month in court.