The Beerhunter: The Gluten-Free Beer Problem 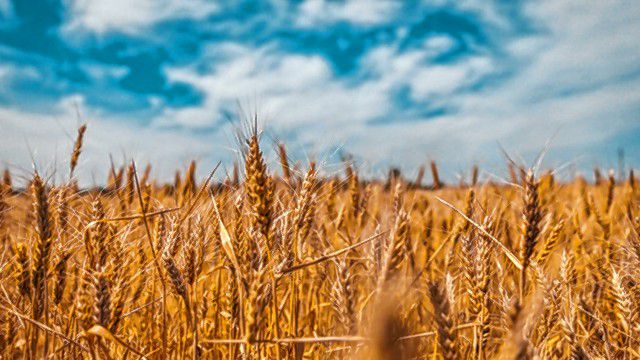 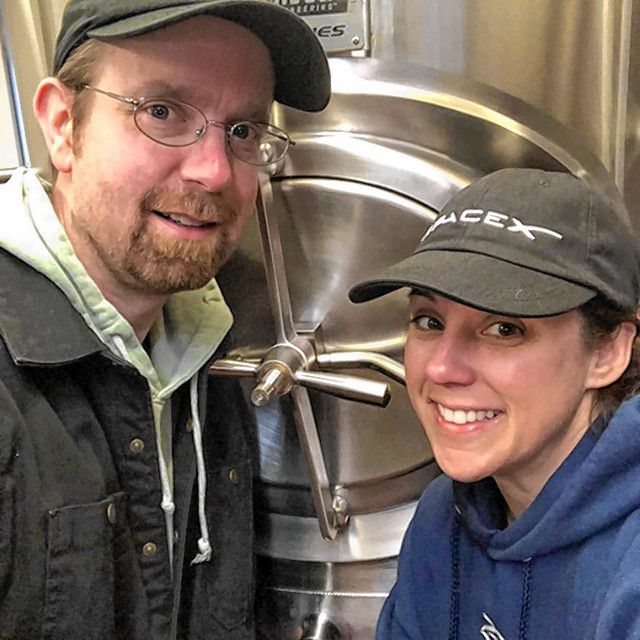 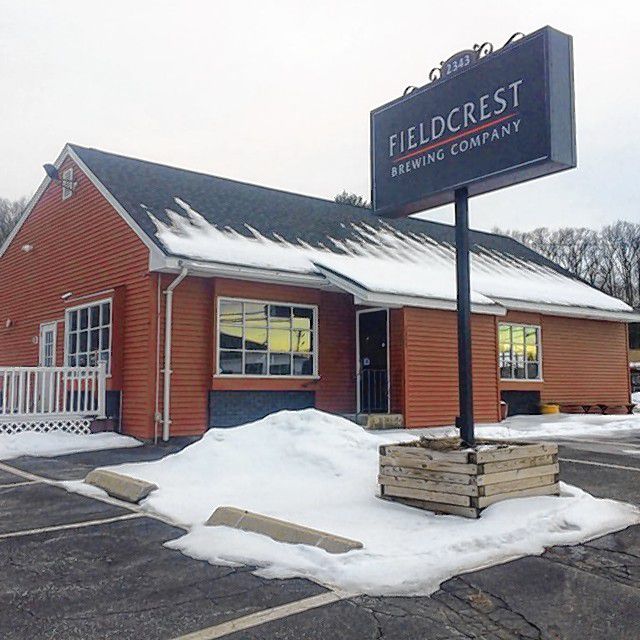 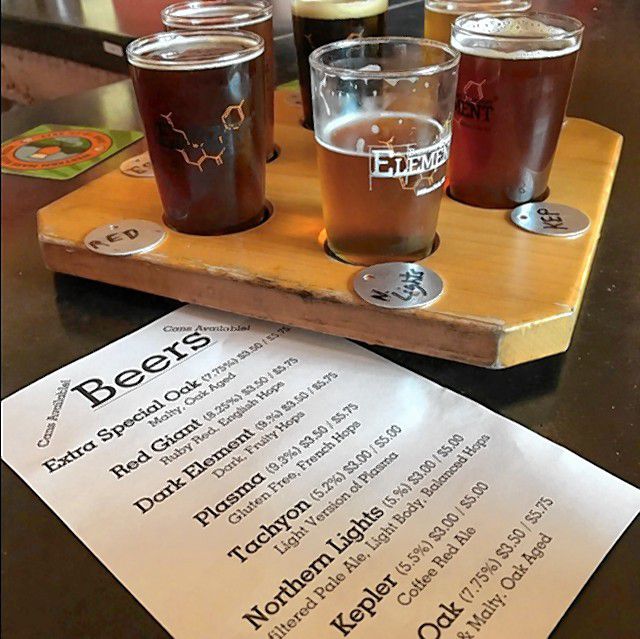 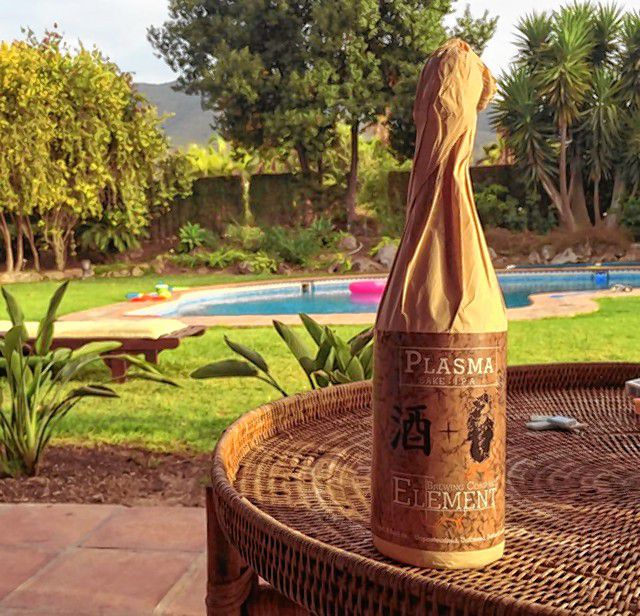 Billy had an innocent question, but he should have known what to expect when he posted in a local craft beer Facebook group in December. “My buddy is gluten free,” he wrote. “Need some good beers for him.” 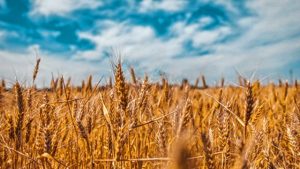 A few group members responded in good faith. More than a few did not. “There are none,” replied Jeremy. “Tell him to try cider.” “Try not being gluten-free,” wrote Jacob. Scott went one further: “Find a new buddy!” Michael suggested wine. Tim suggested vodka. Paul suggested gin. Chris summed it up: “Sadly, ‘good gluten-free beer’ is something that nobody will ever find.”

Why offer Billy such a six-pack of snark? Because if there’s anything that Bud Light and Brut IPA drinkers can enjoy together, it’s making fun of gluten-free beers.

Humor like this is lazy, but it’s not totally unfounded. For a couple of decades now, gluten-free beer has been a victim of the veggie burger problem.

Let me explain. The issue isn’t that all gluten-free beers taste bad. I dare say that some of them taste all right, and a few of them taste pretty darn good. Glutenberg, a gluten-free brewery based in Montreal, produces World Beer Cup-winning beers, and distributes its cans throughout New England. The Seattle-based Ghostfish Brewing Company, which has won big at the Great American Beer Festival, makes beer using millet, buckwheat, and brown rice in place of traditional malt.

Ghostfish began distribution in Massachusetts last year, through a partnership with Night Shift Distributing. Also available statewide are beers from Ground Breaker Brewing, a Portland, Oregon-based brewery that uses lentils and roasted chestnuts to mellow out its flavors, resulting in beers like the IPA No. 5, which honestly isn’t half-bad. “Our approach to making great gluten-free beer is a simple one,” reads Ground Breaker’s website: “don’t start with what you don’t want.”

Ground Breaker is referring to allergy-triggering malt ingredients like barley, wheat, and rye, which are big no-nos to people with Celiac disease, an autoimmune disease that can cause gluten to seriously damage the small intestine, even in trace amounts.

About 1 in every 100 Americans is a Celiac, and 97 percent of them — or about 3 million people — are undiagnosed. Make fun of your no-gluten friends all you want, but remember that “gluten-free” is a big, clumsy term that people with real medical issues have to share with those making trendy lifestyle choices about their brunch, and everyone in-between.

But I think Ground Breaker is trying to downplay another ingredient as well: sorghum. A distant relative of sugarcane, sorghum is used by gluten-free brewers in the form of a molasses-like syrup. It was the main malting ingredient in most gluten-free beers for years. And its tart, unpleasantly sour flavor really puts some people off. In fact, I’d say it’s the lingering taste of sorghum syrup that most people — craft beer snobs or not — associate with gluten-free beer.

That’s the veggie burger problem. Since the mid 1980s, when the Gardenburger company introduced us to frozen veggie burgers, most Americans have thought of them as the least appetizing entree at Fourth of July: dry, sad, off-color frozen hockey pucks that are somehow crumbly and chewy at the same time.

Although today’s veggie burgers have inherited almost 40 years of stigma, times are changing. Thanks to companies like Beyond Burgers and Impossible Foods, plant-based burgers are becoming more popular. They actually taste great, and the mainstream seems to be noticing. Bill Gates just called meat-free burgers one of this year’s “top 10 breakthroughs.” And starting this month, Burger King is adding the “Impossible Whopper” to its menu, hoping to soon make the meat-free meal available nationwide.

In other words: veggie burgers no longer taste like failed substitutes for something else. That’s a rut in which gluten-free beer is still stuck.

Adam and Shannon Field want to nudge us in a tastier direction when they open Fieldcrest Brewing Company in Wilbraham this spring. Fieldcrest has built a separate grain room dedicated to gluten-free malts — which will minimize contamination — and plans to always have at least one gluten-free beer available at their taproom. 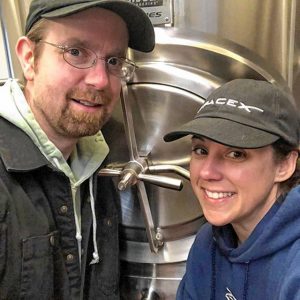 “As I see it, there are three categories of gluten-free beer,” Adam Field explains, “the first being gluten-reduced beer.” This covers beers like Omission IPA and Stone Delicious IPA, which are ‘crafted to remove gluten,’ but which aren’t safe for many people with gluten allergies. Field’s second category is beer made from sorghum syrup, which he says is “fairly inexpensive, but I don’t find its flavor desirable.”

Fieldcrest is aiming for the third category: malt-based gluten-free beers made with millet and buckwheat (an ingredient that, ironically, isn’t related to wheat) that produce normal beer flavors. Field and a Celiac buddy have been working with a Colorado gluten-free malting company on a homebrew scale for years, and Fieldcrest will maintain this sourcing as it goes commercial.

“It seems like there’s a need for local gluten-free beer, so that’s part of our focus here, to hopefully provide that for the community,” he says. Fieldcrest already has beer in the tanks, and the taproom on Boston Road will be opening soon.

“It’s something that not a lot of other places are doing, because it’s difficult and expensive,” he says. “It’s not as simple as making a traditional beer. These malts have a higher gelatinization temperature and fewer enzymes. It makes converting starches to sugars more of a challenge, and it takes more rounds of those malts to make the same amount of beer.” 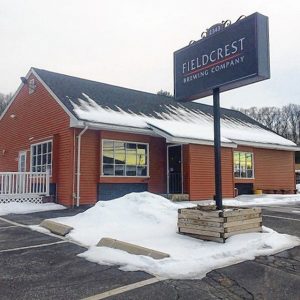 But Field adds that “ever since we let it out that we’ll be doing some gluten-free beers, we’ve had some very excited people reaching out … and my hope is that people who don’t have a gluten sensitivity will enjoy our gluten-free beers as well.”

Strong customer demand also led to the creation of my personal favorite gluten-free beer thus far, which happens to be locally-made: Plasma IPA, from Element Brewing Company in Millers Falls. Brewer Dan Kramer remembers that around 2011, he and co-owner Ben Anhalt had so many people asking Element to produce a gluten-free beer that “eventually it hit a critical point, and we went out to the store and bought all the gluten-free beers we could find.”

Kramer and Anhalt found a couple that were drinkable. “But I’d say the vast majority of them didn’t really taste like beer,” says Kramer. “We were like, wow, that’s pretty incredible. It would really suck if you developed a gluten intolerance as a beer drinker, and your lot in life was reduced to these offerings. We decided that if we could make one that actually tasted like beer, then we’d do pretty well with it.”

The result was Plasma, a strong “sake IPA” made from brown rice, malted millet, malted buckwheat, and an aggressive dose of Aramis hops. Flavorful, and naturally gluten-free — no sorghum required. 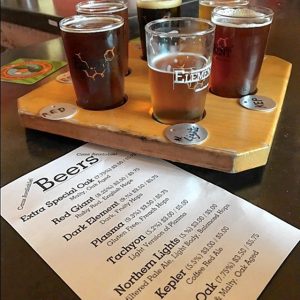 A selection of beers at Element Brewing.

“We did a lot of experimentation,” Kramer remembers. “We worked to get the right balance of ingredients to produce something that actually tasted like beer. We didn’t want to go the ‘gluten-reduced’ route. We wanted to do it right, and be able to look everyone in the eye and say: I guarantee that this beer contains no gluten.”

Plasma is now one of the best-selling beers in Element’s taproom, and Kramer says the majority of people who order it aren’t gluten intolerant in any way. Kramer agrees that it’s more expensive to brew gluten-free — “we make a spring seasonal beer that requires 30 gallons of maple syrup, and that’s still cheaper than making Plasma” — but it sells well. Element later introduced their second gluten-free beer, called Tachyon, which comes in a smaller bottle and clocks in at 5 percent ABV, rather than Plasma’s 9 percent.

These beers don’t taste like fake versions of something else — they’re truly delicious in their own right, with well-balanced ingredients and a unique taste.

Plasma is available around the Valley in 750ml bottles, but the only reliable place to find it on draft is an allergy-free, dedicated tap line at Wildwood Barbecue in Hadley — a business that well understands the veggie burger problem.

Glenn and Jennifer Brunetti opened Wildwood in 2013. Glenn, who previously worked as a regional executive chef for the largest school food service company in the country, has a lot of experience dealing with allergy concerns and food standards. The Brunettis have carried this into the business model for Wildwood, where a sign hanging near the dining room counter reads: “No Meat? No Wheat? No Problem!”

“I’m really into making food that excites us in the kitchen, playing with colors and textures and different styles,” Brunetti says. “We cook a lot with smoke and strong spice flavors. That’s really what barbecue is. From there, it’s easy to substitute things.”

Brunetti adds that a lot of people come in specifically to order a glass of Plasma IPA alongside their barbecue. “We can’t take it away,” he says. “We’ve had Plasma on for six years, and it’s always sold really well. I get why they like it — it’s really a home run beer.”

By Brunetti’s estimate, a solid 15 to 20 percent of Wildwood’s customers are gluten-free eaters. “It started out as something that’s easy to do, since barbecue is inherently gluten-free,” he says. “But we’ve widened the way we think about it. Everyone who works here is trained on cross-contamination. It’s a significant part of who we are at this point.”

Consumers with dietary restrictions aren’t always making a lifestyle choice. For many, ingredients are a matter not just of flavor, but of health and safety. We can’t be sure how long it will take to move gluten-free beer into a new era of acceptance. But from what I’ve had on tap locally, I’d recommend we ditch the syrup, start from scratch, and go for taste.