Basemental: The Flywheel is an Idea Worth Celebrating 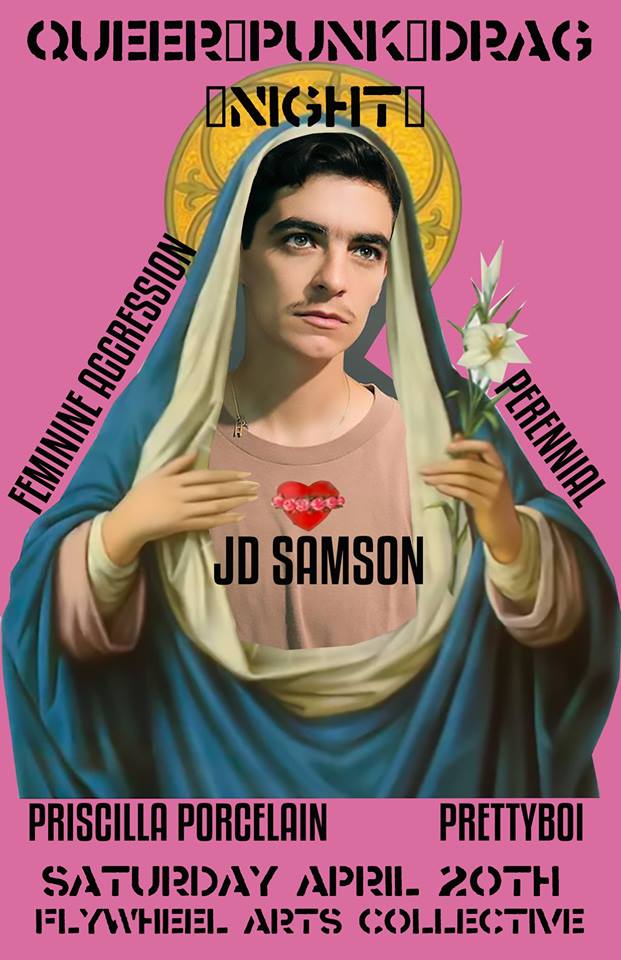 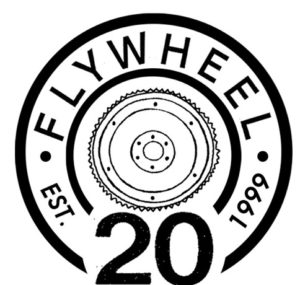 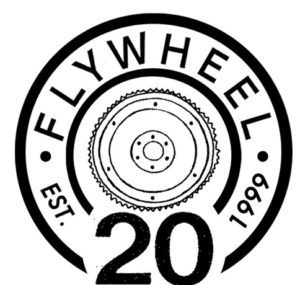 The Flywheel celebrates its 20th birthday this month. In 1999, the Flywheel launched in a former cabinet shop in Easthampton — hosting shows and rousing rabble. The thought that the all-volunteer collective show space would enter a second decade, let alone a third, wasn’t a thought that likely computed, as few DIY spaces last this long. But the fact that such a space has survived is a testament to the community that makes it happen — the organizers and volunteers, the musicians and bookers, the showgoers and fans.

The Flywheel has never served alcohol and always positioned itself as an alternative to the dominant tendencies of the night life industrial complex. “The fact that we have done so [much] with an all-volunteer organization is a testament to the passion people have for the idea,” said longtime volunteer Jeremy Smith in a press release. Instead of profits, Flywheel has fed on the inertia of the idea that Smith articulated: that community members have the agency and resolve to create their own institution that serves different ends than spaces that currently exist.

Not only is their financial model and governance structure antithetical to the norm, but so too is their programming. Over the years, I have attended zine fairs, countless shows spanning many genres, and even an event on how to organize non-profit art spaces. Instead of selling booze, Flywheel does take a cut of the door to pay its monthly rent and the rest of the money goes directly to the performers. 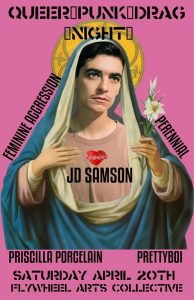 The Flywheel is hosting five shows over the month of April to celebrate 20 years. The schedule is available online (http://flywheelarts.org/event-calendar/flywheel20/), and, as predicted, is totally stacked. Boasting events on April 12, 13, 19, 20, and 28, the anniversary hits the mark in celebrating the span of Flywheel’s diverse offerings — featuring everything from Diana Davies and Prettiboi (FKA Afropanther) to JD Sampson (LeTigre/MEN) and Ted Leo, highlighting the punk, noise, queer, and drag that has often been excluded from other establishments.

Still, it hasn’t always been easy to keep such a project together. Earlier this year, the Flywheel faced the threat of eviction and had to mobilize quickly to save their current space on Main Street in Easthampton. Worried they wouldn’t be able to keep the lights on and the rent paid, they launched a crowdfunding campaign and raised over ten grand to keep gears turning.

It is due to the strength of the community and the idea that binds it that I say happy fucking birthday, Flywheel.