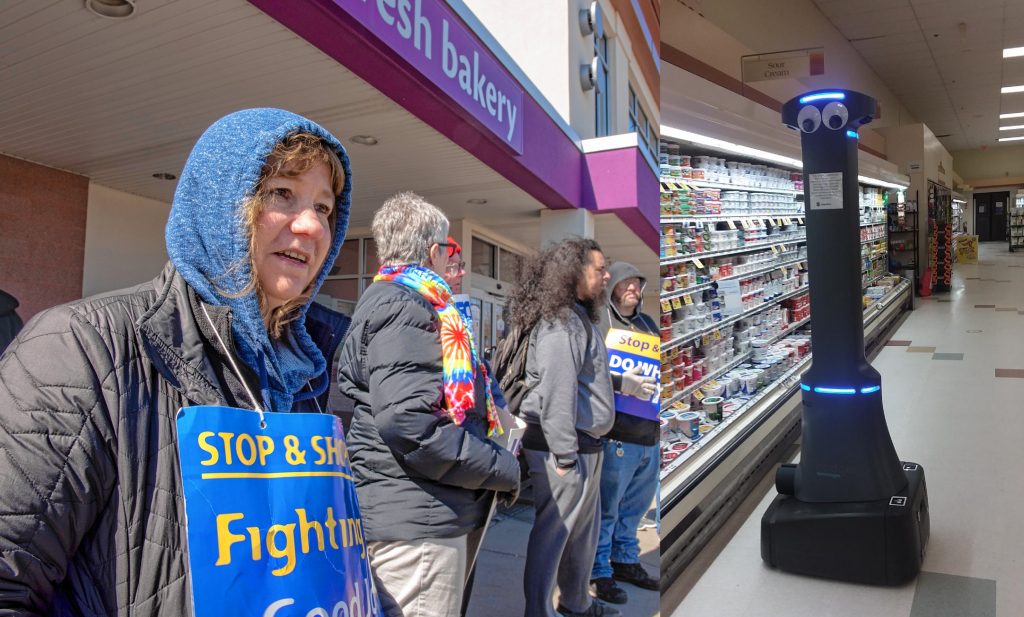 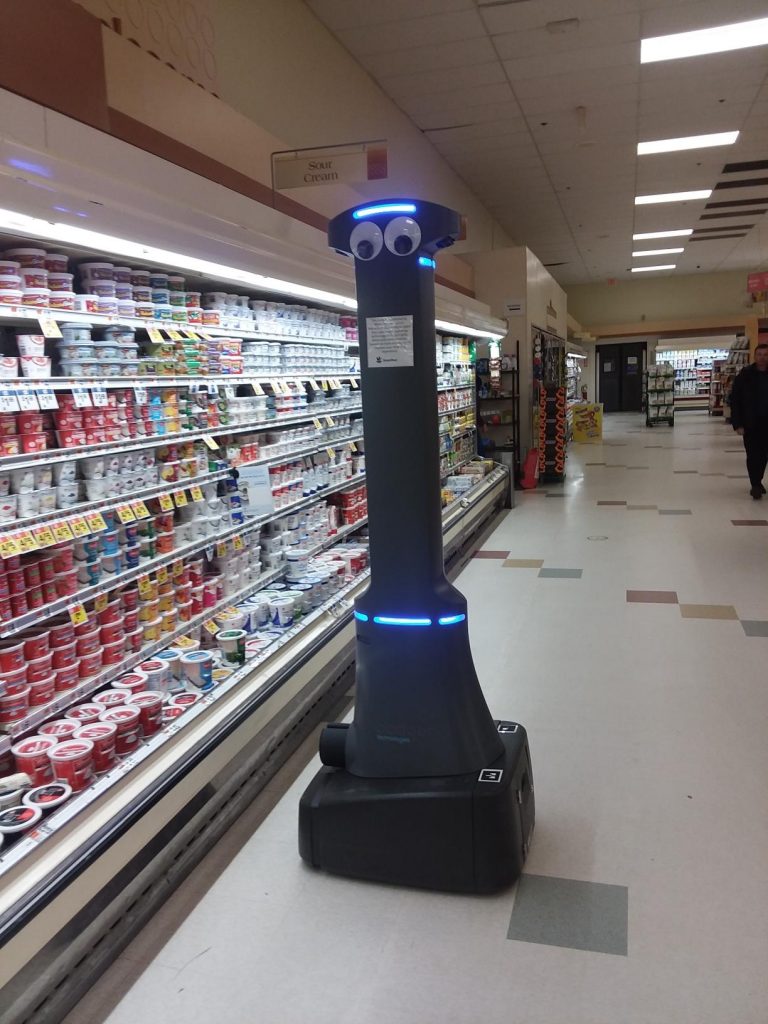 Since Thursday, April 11, Stop & Shop workers have been on strike, picketing what their union says is an unfair contract deal with owners of the grocery store chain. 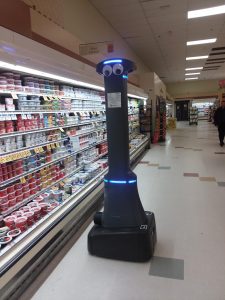 Hanging in the background of this dispute is one of the great demons of employment today — robots. Tyrone C. Housey, president of the Springfield-based United Food & Commercial Workers Local 1459, which represents local Stop & Shop workers, named automated self-scan machines and the new roving robot “Marty” as a way to undermine staff.

Marty is a soulless being on wheels that rolls down the aisles looking for spills to alert human staff members to clean them up. Stop & Shop leadership has said it will not replace any jobs and make the store safer, but that’s not usually how these things go. Making a massive investment in technology, especially against the wishes of the store workers the robot is allegedly supposed to help, is usually an indication a company is looking to eventually replace human workers.

Literature handed out by workers on the picket lines at the Stop & Shop stores up and down the Valley lists increased automation among other grievances workers are protesting, including a reduction in holiday and Sunday pay, bonuses instead of wage increases, reduction in sick days, and increases in health care premiums.

With farily well-established self-checkout lines and now a googly-eyed camera bot patrolling our grocery stores, we are moving in an uncomfortable direction as far as human interaction, as well as the dignity of human work. Those who claim automation merely moves jobs from one sector to another tend to brush over the fact that real people lose their livelihoods, and often the job landscape that remains involves all of us interacting less with each other and more with machines.

There are about a dozen Stop & Shop stores in the Valley in communities including Belchertown, Chicopee, East Longmeadow, Greenfield, Hadley, Holyoke, Northampton, Springfield, and West Springfield.

Other grocery stores are seeing big bumps in business as those who regularly frequent Stop & Shop (myself included) seek other places to shop. Some of those have unionized workforces, too, including River Valley Market in Northampton, Green Fields Market in Greenfield, McKusker’s Market in Shelburne Falls, and the Brattleboro Food Co-op. Others, like Big Y and Amazon-owned Whole Foods, do not.

Union representation has fallen from nearly 30 percent of the workforce in 1964 to a piddling 10 percent, according to researchers at Georgia State University. Fortunately for the workers at Stop & Shop, they have union representation and therefore the ability to express their grievances in a manner that brings all of our attention to it, and these actions often work. The Bureau of Labor Statistics reports that union workers earn nearly 25 percent more and pay significantly less for benefits than their non-union counterparts.

Not everyone has the ability to change their shopping habits, whether due to financial reasons, mobility issues, or any number of things. Fewer still have the ability to shop at one of the alternatives represented by unions. But it has been heartening to see so many refuse to cross the picket line in solidarity with the Stop & Shop workers.

At the Advocate, we are wrapping up our annual Best of the Valley issue that celebrates the businesses that you — members of the community — vote as the best of their kind. Reflecting on their success, time and again the owners and managers of these businesses named their dedicated staff as among the chief reasons they have done well.

Stop & Shop — and all employers — would do well to remember that. Workers, and the unions that represent them, depend on the success of the companies they work for. When everyone gets along and has mutual respect, our local business owners will tell you that success is far more likely.

An essential part of that mutual respect is that business owners must offer fair wages, work to keep employees in their jobs (and not replace them with robot labor), and listen to their needs.

When that happens, people like myself will be glad to continue to support the workers — by shopping at the stores they work at.

The Massachusetts AFL-CIO has put together a list of ways people can support the striking workers as they work to get a fair contract with Stop & Shop at www.massaflcio.org/news/support-stop-shop-workers-heres-how.