Stagestruck: Angles and Aliens — Three productions take a slanted view of our world 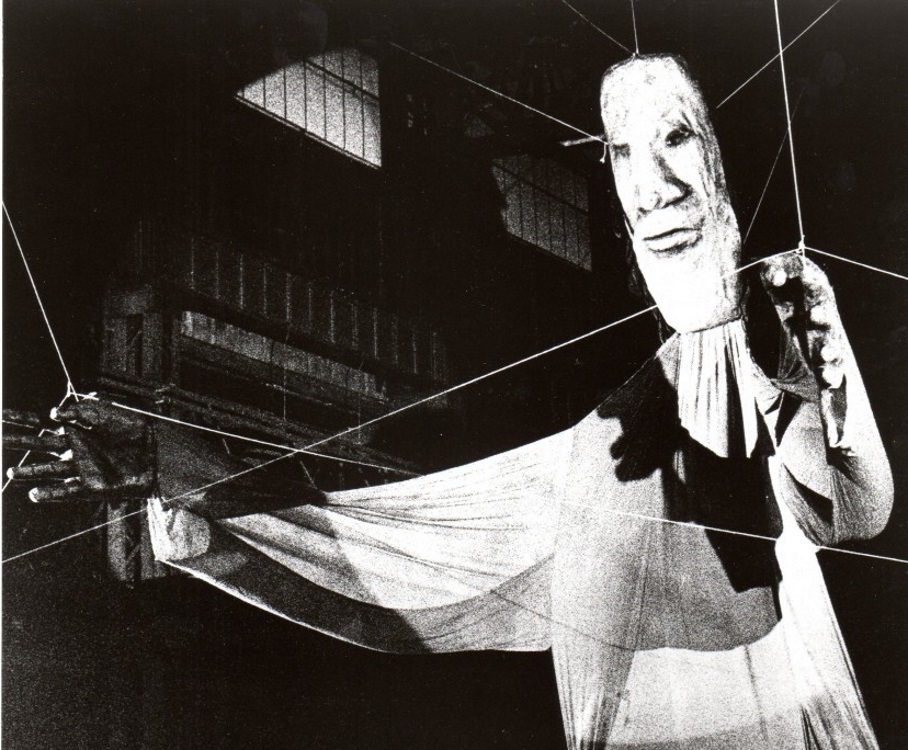 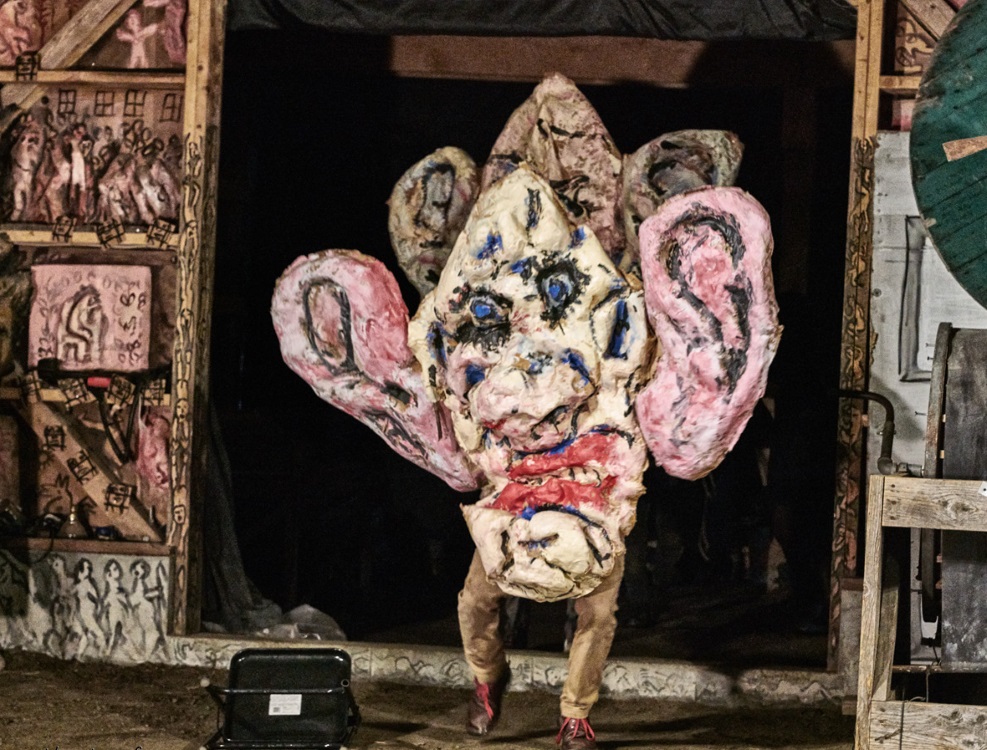 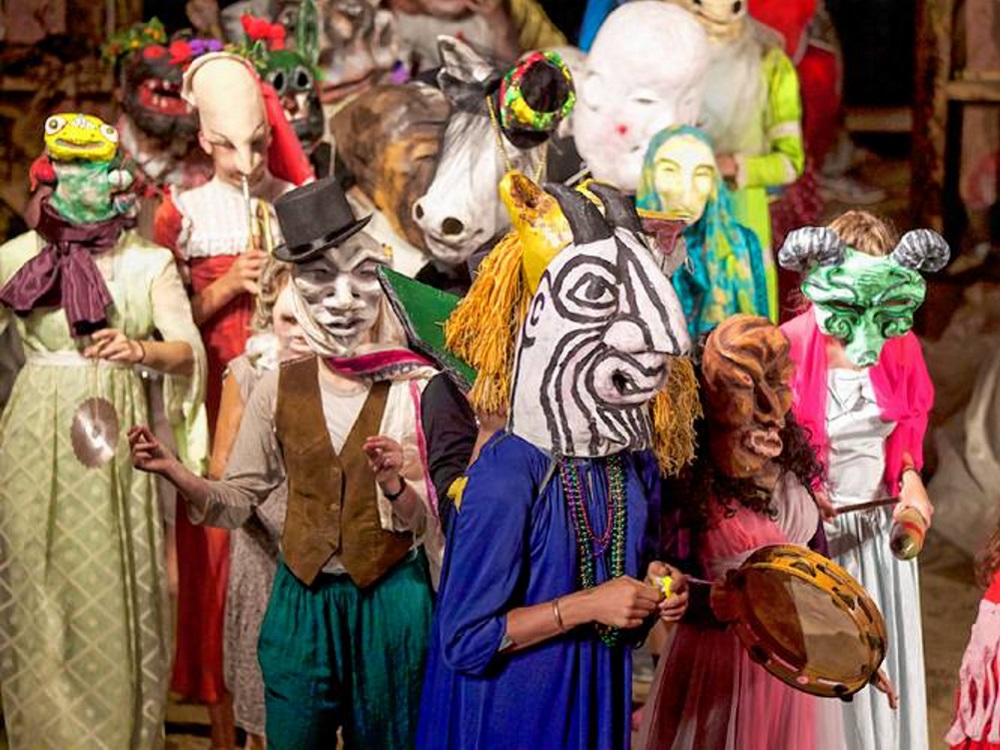 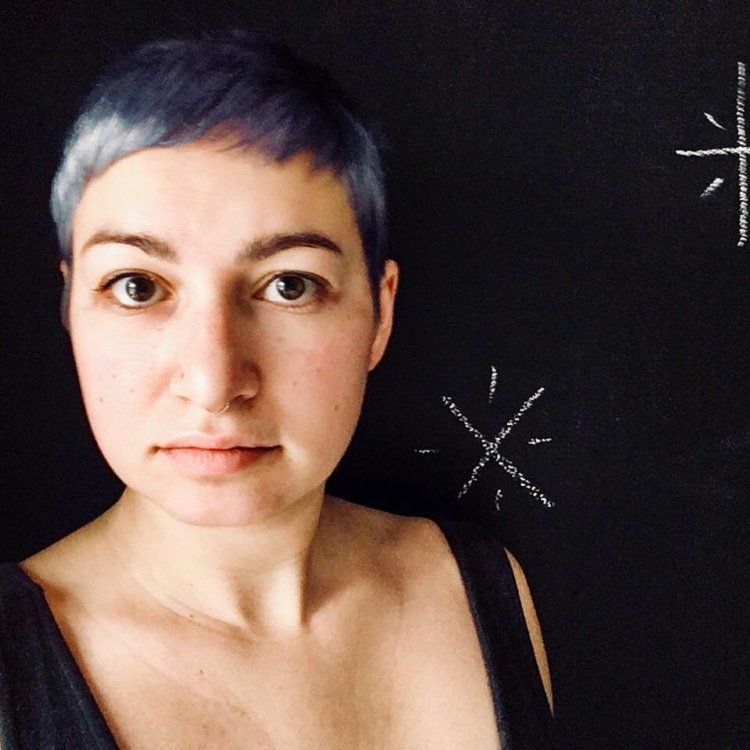 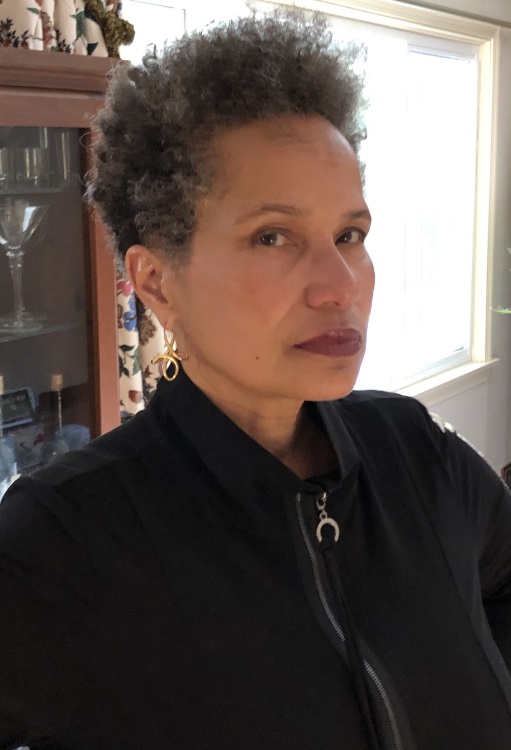 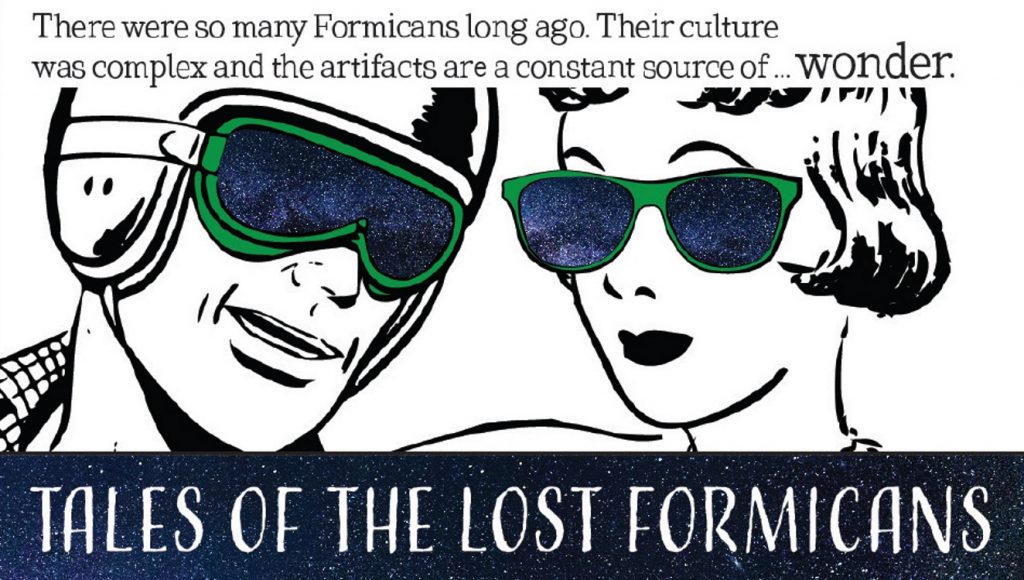 These are precarious days, observes Peter Schumann, founder and director of Bread & Puppet Theater. The social order, the democratic contract and the earth itself are tottering from unprecedented stresses. 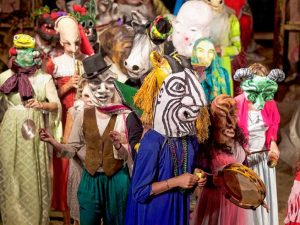 Bread & Puppet’s Diagonal Life: Theory and Praxis, coming to Holyoke’s Gateway City Arts on Tuesday, arises from that tension: “Diagonals are created from the leaning power of hurt verticals,” says the publicity for this rare visit to the Valley by the storied troupe. “The diagonal threatens collapse while always containing the possibility of uprising.” 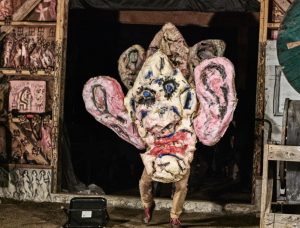 Notice that final phrase. All of Bread & Puppet’s shows start from the premise that we’re in deep shit, and end with the promise of uplift and/or revolution. “With song, dance, magic, mechanism,” whimsical props and giant puppets, the ragtag band of activist artists cheerfully tilt at “the established order and the obsessive submission to its politics and consequent brutalities.”

Diagonal Life employs fiddles, chairs, clouds and papier-maché giants and dwarfs “to shed light on some of the possibilities inherent in our current collective precarity.”

The Radical Interconnectedness Festival, April 26-27 in Turners Falls, cuts across intersecting diagonals of artistic forms and genres. Mounted by Linda McInerney’s Eggtooth Productions, the festival offers theater, music, installation, dance, poetry, video and more, created by area artists addressing the concerns of marginalized communities and aspects of cultural identity that have been suppressed.” 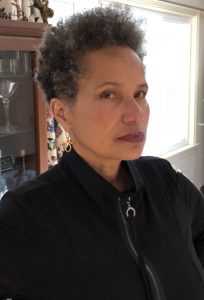 Following the template of Eggtooth’s previous Full Disclosure festivals, the events take place in a variety of town-center venues, from the Shea Theater and Great Falls Discovery Center to storefronts and churches. 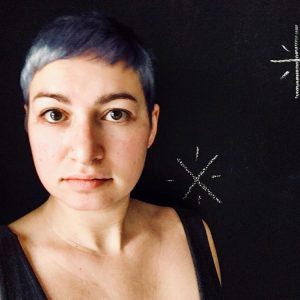 Live performances include Ezekiel Baskin and Samuel Achilles’ interactive Queer Intimacies; Terry Jenoure’s Pelala, a “new fable for our day” combining music, spoken word and video; Karen Werner’s Strange Radio, “a live experimental radio documentary on the layers of time, sound and memory in Jewish Vienna”; Lori Holmes Clark’s Cloudy, with a Chance of Fringe, a music/dance/text piece about neurodiversity; and Katherine Adler’s two-part Artifacts of the Ephemeral, “physical objects with corresponding meditative writings” and a 30-hour “durational performance” running throughout the festival.

One ticket covers both days of the festival, $20 at the Shea on the day or online.

Tales of the Lost Formicans contains in its title three clues to its content. In Constance Congdon’s wicked satire of suburban malaise, several plot threads interweave, involving characters who are all lost in one way or another, and all of them unwittingly under the lens of a team of anthropologists from a galaxy far, far away, who classify their subjects by the earthlings’ distinctive decorating material. 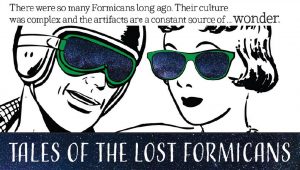 Formicans, her most popular work, follows a three-generation Middle-American family in the Eighties as they face domestic crises ranging from divorce to adolescent hostility to Alzheimer’s. Not only is everyone alienated from their lives and each other, the other aliens are coolly observing the humans’ exotic behavior, their reports alternately perceptive and hilariously misguided. (Congdon’s keen eye dissects not only American culture but “scientific” study blinkered by cultural bias.)

Formicans image by Sitka Creations
Other images courtesy of the companies