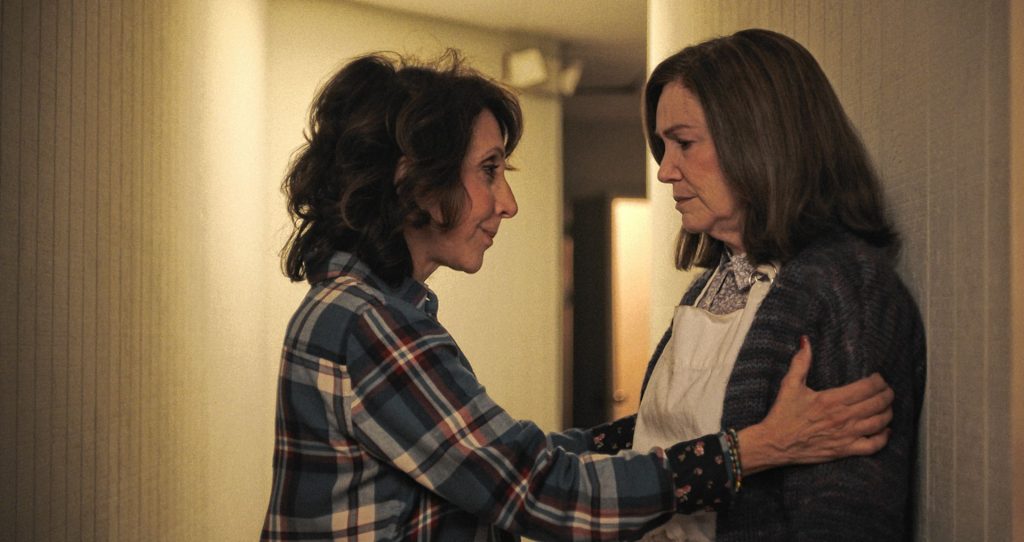 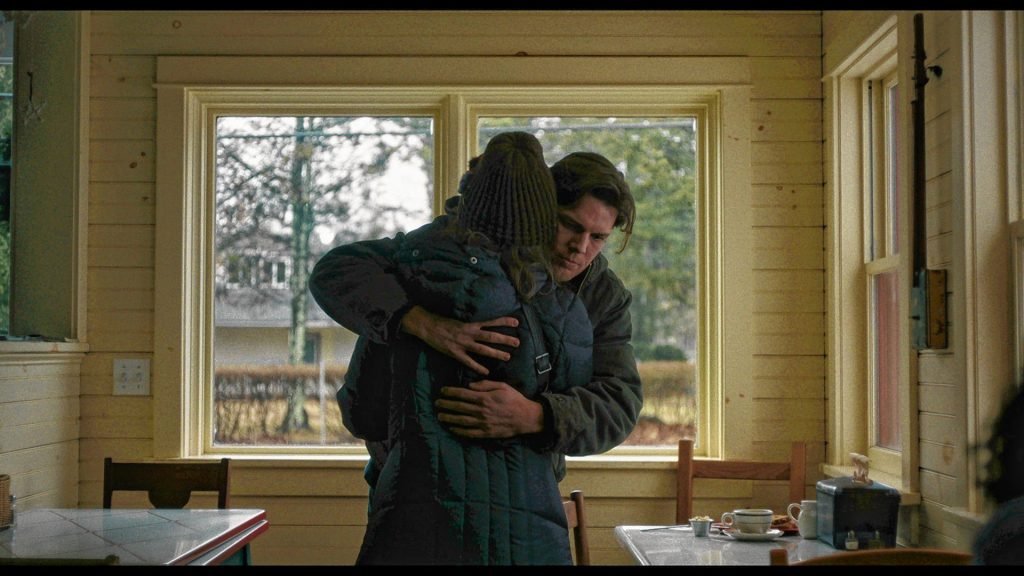 There were always a lot of women in my family. When I think back to my childhood, to family cookouts and graduations, to birthdays and funerals, it is always the aunts and grandmothers that rule my remembered roosts. They made sure everyone was fed, slipped the youngest of us extra candies, and kept the wheels turning on all of our lives. But if they were the busiest — at most of these affairs, the men could be found in armchairs, sipping beers — they also seemed the happiest, glad to connect with each other whenever they had the chance.

I was reminded of those days when looking at Diane, the title character of director Kent Jones’ new film. Mary Kay Place (television’s Mary Hartman, Mary Hartman) stars as Diane, a woman whose life is defined by taking care of those around her. She volunteers at the local soup kitchen, visits with an ailing cousin, and tries again and again to get her drug-addicted son (Jake Lacy, Obvious Child) to turn his life around. “This time’s different,” he assures her, and we get the sense it isn’t the first time it has been that way.

As she caroms through her day, Diane is constantly reconnecting with a wide web of her own past, reliving moments big and small and sometimes dwelling on painful pieces of her own history. The work she does for others feels as if it is part distraction and part penance; soon enough, you find yourself wanting her to carve out time to take care of herself. Yet even in those moments, there is a weight: working on a poem that is imbued with darkness, or dancing alone, slightly drunk, in the town bar. For Place, it seems like a role that has been waiting for her to come along for quite a while; the story of Diane began with the strong personalities of Jones’ great aunts, Yankees who had come of age during the Depression. “They were funny, they were cruel, they were caring, they were harsh, and I loved them all,” says Jones. “The women were the dominant personalities, while the men tended to be quieter, just kind of there. So the idea for a film about that world, the world in which I grew up, was with me for a long time.” He and Place kept in touch about the idea for a few years after meeting in 2013; when Jones’ mother died the following year he decided it was time to push through and get the film made.

Though shot near Kingston and Saugerties in New York, the film is set in the sort of rural Massachusetts places where Jones grew up. (A Pittsfield native, Jones, who has been Director of The New York Film Festival since 2013, will be on hand for a special screening at Amherst Cinema, in conversation with Peter Gizzi of UMass Amherst.) For anyone who has grown up in the New England world of extended families, the world of Diane will be a familiar one, filled with old wounds and warm kitchens, but always with a reminder (if sometimes buried down a ways) of what makes it all so worthwhile.

Also this week: Amherst wraps up its Complete Andrei Tarkovsky series with The Sacrifice, the famous director’s last film, made while he was dying from lung cancer. The story of a family that is celebrating the birthday of their patriarch when they get the terrifying news that a new world war — and a likely nuclear holocaust — has begun. To save his family from the impending horror, the nonbeliever Alexander (Erland Josephson, Scenes from a Marriage) strikes a costly bargain with God.

And finally this week: you probably don’t need me to tell you that Avengers: Endgame is opening in damn near every theater in the country (my local Cinemark lists at least 30 screenings on Friday alone). Whatever your feelings about the superhero genre, there is no denying its impact on screens big and small. As many of the names that made the genre a success begin to leave these roles behind — Iron Man’s Robert Downey, Jr. turned 54 this month — it will be interesting to see how, or if, the stories evolve.