Stagestruck: Community Colleges Get in on the Act 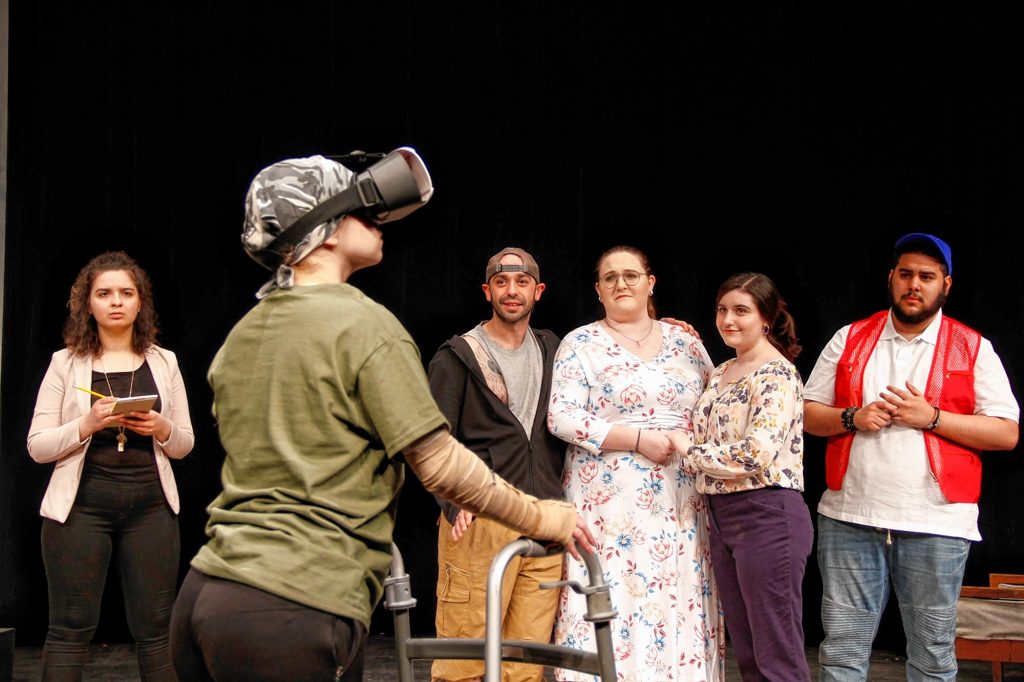 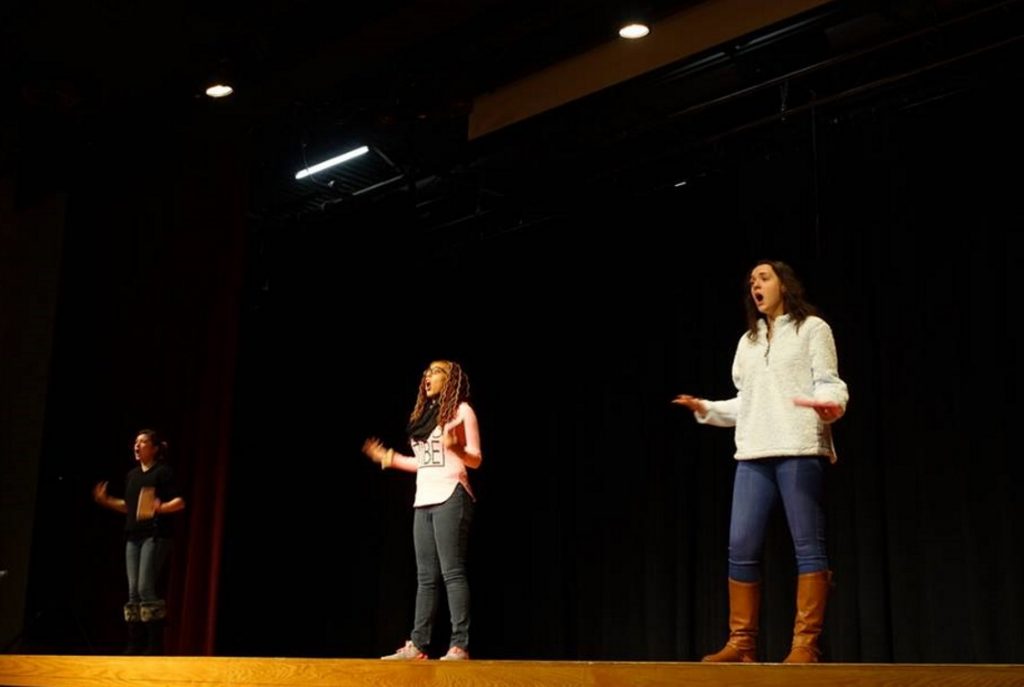 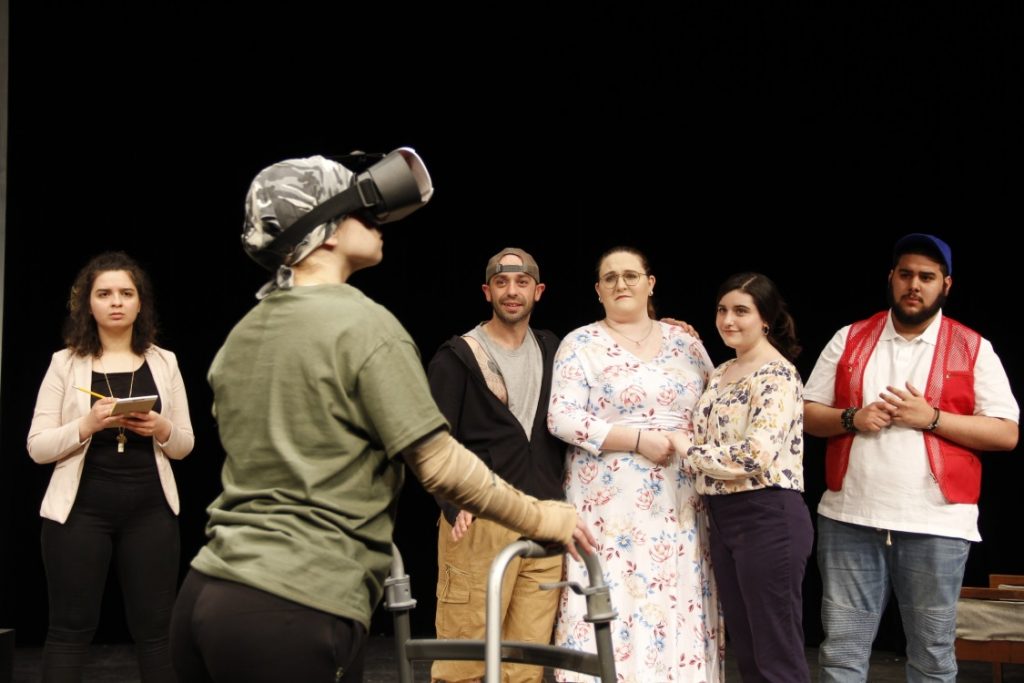 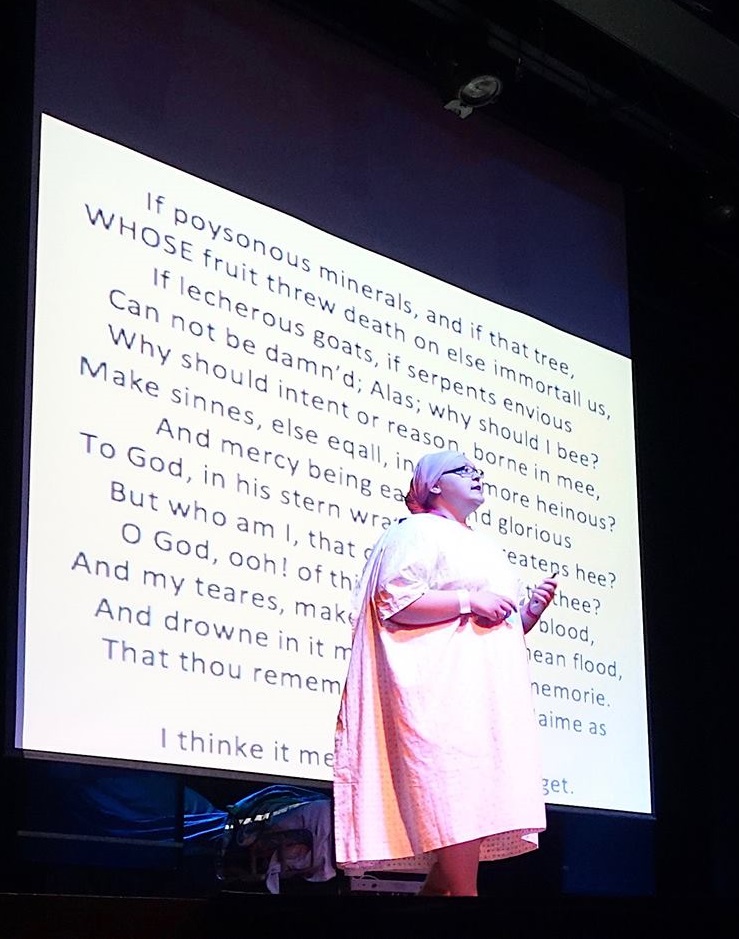 I often write in these pages about theater at the Five Colleges, all of which have robust degree programs and busy production seasons. But I don’t pay as much attention to the Valley’s other academic theaters as they deserve, and I’m going to partially correct that right now.

Ugly Lies the Bone touches the HCC community on several levels. Tim Cochran, who’s directing this weekend’s production, told me the theater department “is committed to bringing awareness of voices that are underreported and underrepresented.” The college serves quite a few military veterans, and “we felt this work was an authentic representation of veterans returning home to find new purpose and the difficulties of reintegrating into civilian life.”

In addition, he said, playwright Lindsey Ferrentino’s depiction of a female veteran, Jess, returning home with severe burns on her face and body, portrays “unique obstacles of body image and identity.” Where the scars of a male combat veteran “might be seen by others as status-building artifacts,” Cochran said, Jess “struggles to find social connections, a job, and has been robbed of what her world sees as ‘beautiful’.” 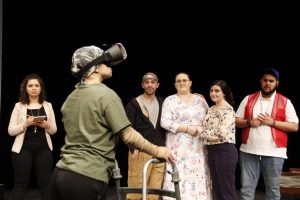 Pursuing authenticity, the cast met with veterans at the Warrior’s Art Room in Westfield — founded by Steve Jones, a 2014 graduate of HCC and an Iraq war veteran — “to learn more about Jess’s world, the war, and the difficulties of returning home to civilian life,” Cochran told me. One cast member, Keith Gordon, is himself a ten-year military veteran. “He has been a valuable ensemble member throughout the process, as we negotiate aspects of Jess’s character, including PTSD, hyper-vigilance, specific day-to-day work in deployment, and military terminology.” Key to Jess’s recovery, in the play, is virtual-reality game therapy, in which she can escape her pain and slowly adjust to her new reality.

The cast of Ugly Lies the Bone also spoke with a burn survivor, who detailed for them “the psychological and physical challenges of her recovery, as well as how a family is affected. Carina Savoie, who is playing Jess, has manifested many aspects of this interview into her performance.” A professional makeup artist, Jacob Johnson, has been engaged to construct an authentic-looking prosthetic for Savoie’s face.

The very idea of a drama program at Springfield Technical Community College is something Phil O’Donoghue, whose Theater Workshop stages two productions a year, is constantly having to explain. He told me people are incredulous when he tells them he teaches theater there — not just a community college, but a technical school. 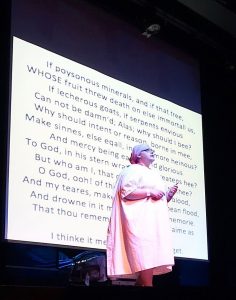 “People don’t realize that, along with numerous technical programs, STCC offers a full curriculum in liberal arts, business, and health,” he told me. “This gives me an incredible amount of flexibility when I am planning productions.” For example, his production of Wit, about a woman dying of cancer, borrowed hospital equipment from the School of Health. Regular collaborators include Business majors running the intermission concession stand, Film and Video Production students who make the shows’ promotional films, and posters created by Art majors. Casts represent the gamut of STCC programs, from IT to Criminal Justice.

“The variety of backgrounds is a plus,” O’Donoghue said. “An academic community is all about asking questions,” and his productions revolve around questions that impact the students’ lives. Previous shows include The Laramie Project, about the gay-bashing murder of Matthew Shepard, Distracted, which deals with ADHD, and Clybourne Park, about racism and real estate. 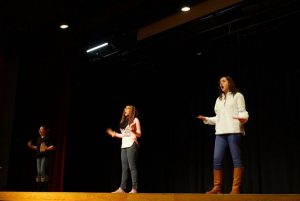 This year’s spring show is Motherhood Out Loud, a compendium of scenes and monologues, both fraught and funny, written by a mostly female collection of established playwrights. The 14 vignettes traverse the full terrain of the mom experience, from the throes of labor to the empty nest. As a community college, STCC has a lot of non-traditional students, older learners who are already working and raising families. For them, this show may loudly echo some of their own parenthood pains and pleasures.

O’Donoghue likes to quote Steve Jobs: “Technology alone is not enough. It’s technology married with liberal arts, married with the humanities, that yields us the results that make our hearts sing.”