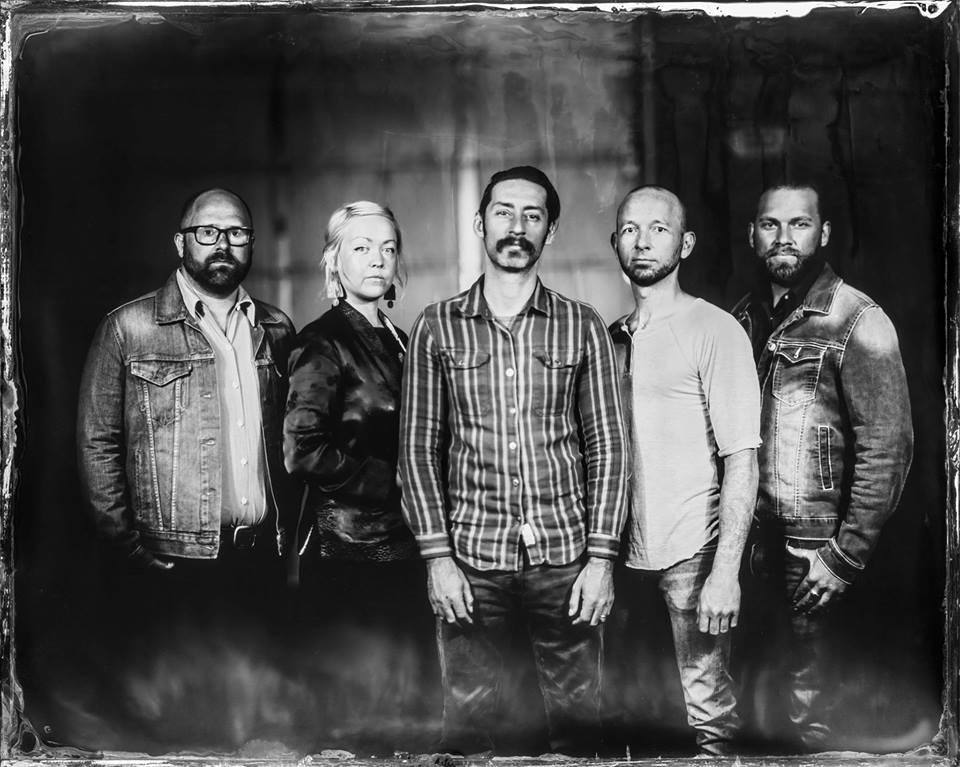 Louisville, Kentucky’s Murder By Death are bringing their indie Americana rock to us here in Western Mass, and I’m super stoked! Their sound is strong and hearty, dark and transformative. There are hints of Nick Cave, Johnny Cash and Modest Mouse if you needed me to paint a picture of their sound.

They’re on tour in support of their 8th studio album, The Other Shore, which is a beautiful, dark tale added to their repertoire. On the album, the strings are elaborate and theatrical. The percussion is held steady. The lyrics attached to the deep, charismatic vocals narrate us on this outer space western of an album.

Jennifer Levesque: I tend to envision random things while I’m listening to music. When I heard The Other Shore for the first time, I kept getting glimpses of movie scenes. Gwyneth Paltrow’s character from The Royal Tenenbaums, then the fox from the Fantastic Mr. Fox and thought, well this could definitely be a soundtrack to a Wes Anderson film! Can you tell me what inspires your albums? 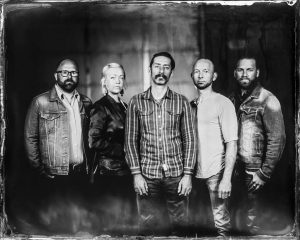 Adam Turla: Huh that’s interesting! I love film, but I hadn’t seen that specific connection. I do like to think of some of our concept albums like scripts, where the songs each need something that happens that ties into the bigger picture. There’s a sadness to this record that I can see having a Wes Anderson feel. In general I am trying to use the emotional qualities of the instruments and the lyrics to portray scenes that fit into one story. The songs also need to stand on their own though too!

JL: The band formed in the early 00’s so you all are coming up quick to 20 years, and your sound has stayed pretty true to form. With each album produced, a masterfully executed spaghetti western folklore. Has that been a challenge to stick with a specific genre or is it an easy flow?

AT: Usually we get questions about how much our music has changed over the years! But I have tried to stay consistent with making sure that all songs fit into the world of MBD. The hardest part for me is staying true to form while also trying to pave new ground for the band and keep it fresh for the listeners.

JL: We have such a huge musical heart here in the Pioneer Valley. Surely, you will be welcomed with open arms. Have you ever been to Holyoke, or any other parts of Western Mass before?

AT: We have been to Northampton, but it has been about 7 years! I’m excited to visit an area I am less familiar with. Looking forward to it!

JL: What’s life like for you all when you’re on tour? Any stories you care to share?

AT: Regimented! There’s so little down time when you tour in a van and trailer, that I basically wake up and hit the road every day, set up at the venue and do the gig! I try to eat well, find a good place locally most nights if I can. I try to go rock climbing when I get a chance, and if there’s a day off hit an art museum. We used to party prettttty hard back when we were younger. I was just remembering with a friend how when we used to party hard I decided it would be fun to surf upside down ironing boards down the stairs of the hotels. Luckily [I] never got hurt. These days I want to ensure we are putting on the best show possible. We’re really grateful for our longevity and want to make sure we make it a memorable show every night!

JL: Typically, it’s been about 2-3 years in between your album releases, with your latest released in 2018. Are you guys working on the next album? Or is that too daring to ask so soon?

AT: I am just starting to think about it. Usually I like to wait at least a year, to give the newest album room to breathe. I plan to dive in on writing one year from now on a planned three month camping trip across the country.

Murder By Death will be at Gateway City Arts with Sarah Shook and the Disarmers on Thursday, May 2 at 8 p.m. 92-114 Race St., Holyoke.

You can reach Jennifer Levesque at jlevesque@valleyadvocate.com.