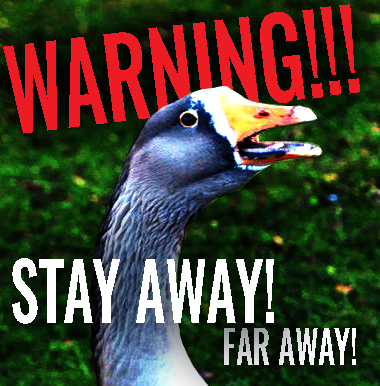 Police in Dunedin, Florida, are looking for a man who stole $250 from a Little League concession stand who was wearing nothing but a ballcap and gloves when he was captured on video. The Pinellas County Sheriff’s Office says the naked burglar also caused more than $5,000 dollars in damage after stealing cameras along with the cash box with $250 inside at Fischer Field in Dunedin this month. Surveillance video footage obtained by the Tampa Bay Times also shows the man stealing a package of hot dogs.

It’s now a scientific fact: beards are pretty gross. A new study found that bearded men actually have more germs than a dog’s fur. Researchers at the Hirslanden Clinic near Zurich, Switzerland, were looking to determine whether evaluating humans and dogs using the same MRI scanner would be hygienic. So, they compared microorganisms in 18 bearded men and 30 dogs and found that all of the bearded men showed high microbial counts compared with 23 out of the 30 dogs. Seven of the men had so much bacteria in their beards that they were at risk of getting sick, according to the BBC.

Goose on the loose

A police department in Indiana is sharing a warning to local shoppers at a local Walmart: there’s a goose on the loose that’s attacked at least two shoppers in the store’s parking lot. The Fishers Police Department stated that customers at the store suffered minor injuries from the territorial and aggressive endangered species of goose. The police department’s advice? Stay away. Far away.

Swinging into a world record

A 16-year-old from New Zealand broke a Guinness World Record after spending more than 32 hours swinging on a playground. Charlie O’Brien started swinging this past Wednesday at a swing set at Taradale Park in Hawke’s Bay, New Zealand. His goal was to last 40 hours, but he only managed an impressive and respectable 33 hours to gain the record. What started as a joke between friends escalated into an official world record attempt. As per Guinness regulations, he was allowed a five minute break once an hour for eating, drinking, and bathroom time.

A 69-year-old Arkansas woman weighing 123 pounds broke a world record for deadlift in her class and division after she lifted 305 pounds of weights. She goes by “Granny Hulk” and started lifting at the age of 60 as a way to offset osteoporosis. This accomplishment comes three months before her 70th birthday. Here’s looking at you, Granny Hulk!

Another Bizarro Brief is centered around breaking a world record. This time it’s a French woman who broke a world record for running a marathon in high heels after she finished the Paris Marathon in six hours and four minutes and seven seconds. The 34-year-old woman beat out the record set at the Cattanooga, Tennessee, marathon by U.S. female marathon runner Irene Sewell, who ran 26.2 miles in seven hours, twenty-seven minutes, and fifty-three seconds.

This is the stuff of nightmares. A woman in Taiwan went to see her doctor after having a swollen eye, but when he looked behind her eyelid he found four live bees living inside. The bees, which were only a few millimeters in length, had been subsisting off of her tears. The bees were thought to have been blown into her eye. The bees were removed from the woman’s eye and she made a full recovery.

The definition of Florida man

There are many weird news stories about men from Florida. For some reason, males who live in Florida can’t help doing weird and stupid things that end up making the news. This time, an 80-year-old man from Florida fought an alligator in his backyard. The man took it upon himself to capture the six and a half foot alligator in southwest Miami-Dade County. Luckily, he had called 911 for backup and the Florida Fish and Wildlife Conservation Commission responded and completed the capture. The 80-year-old man said he had experience with dangerous animals. He collects venomous snakes for research and breeds wolves. Okay Florida man, you win this round. You aren’t an elderly person with poor judgment who decided to tackle an alligator for fun. Or are you?

A wild kangaroo crashed a photoshoot in Australia, sending bikini-clad models running into the nearest pool to escape the loose marsupial. Candy Shop Mansion in Helensvale, Queensland, in Australia shared a video of the photo shoot kangaroo attack. In the video, one model jumped into a pool, while another hopped a fence. No one was injured, except probably the kangaroo’s feelings.